General Info:
This recently arrived, a kind gift from a friend and a very welcome addition to the early colour collection. 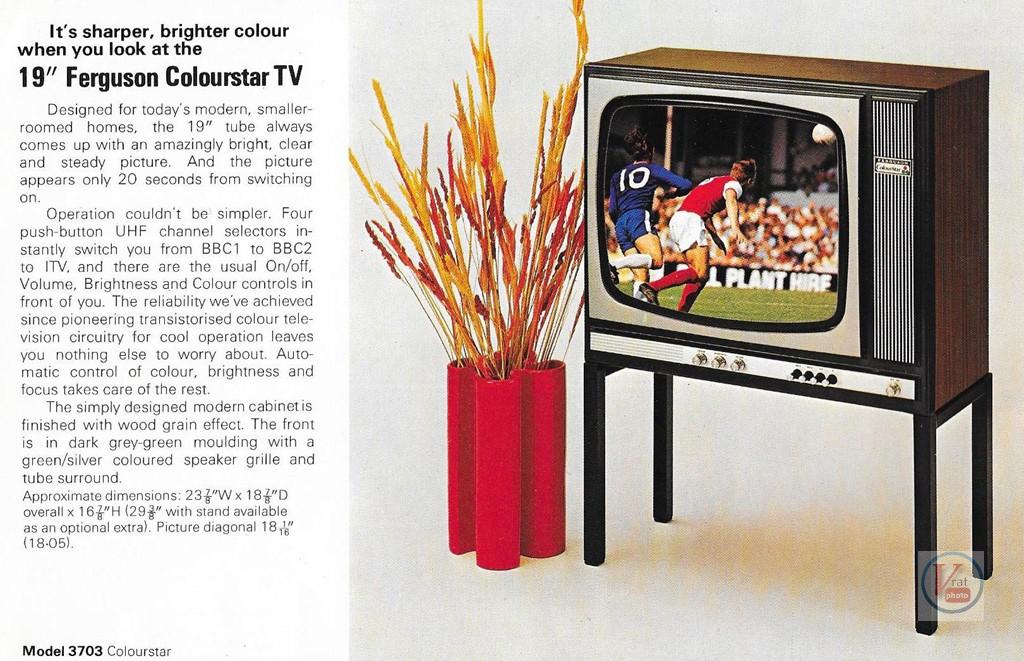 Prior to delivery to me the set suffered a minor drop, this little drop ( a few inches) resulted in a fair bit of damage to the plastic facia, having 4 large chunks break away, three at the top and one at the bottom, almost all the facia mount points were broken too. Luckily the CRT mounts survived.

The plastic moulded facia holds the CRT and Degauss shield, quite a bit of weight. The whole unit then fixes to the front of the wooden cabinet. To be honest its not the best design, all that weight on plastic.

Anyway I’ve repaired it all using Milliput, glassfibre and expoxy resin. The whole repair work is very strong now and should last. I matched the repair areas with black paint, on the outside you can just make out the hairline cracks but theres nothing much I can do about that.

It was missing 5 knobs which after a rummage through the spare box turned up the four I needed. Also 3 of the Star Heat-sinks were missing, I’ve ordered a few of those. 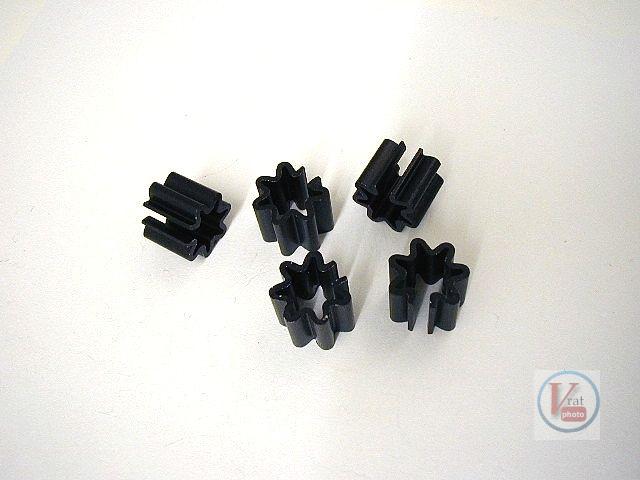 The chassis looks to be a good example of an early 3000 and I look forward to restoring this set. 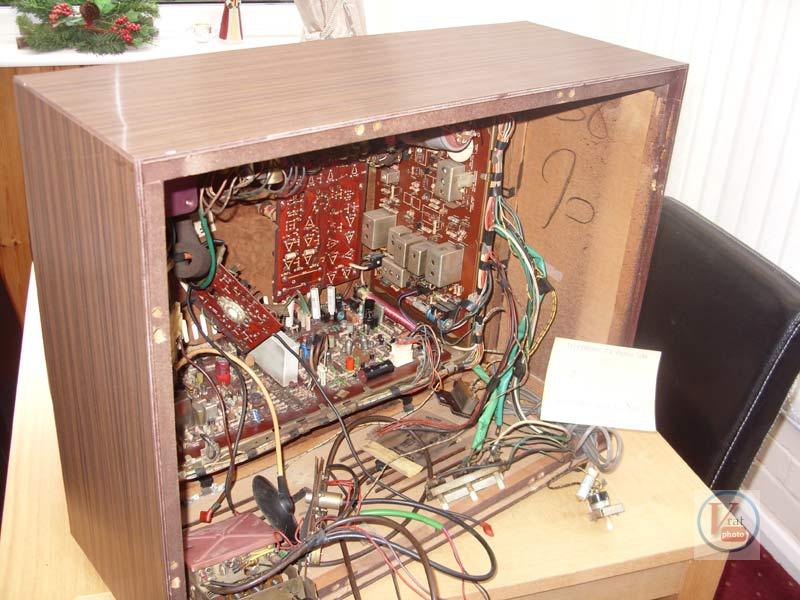 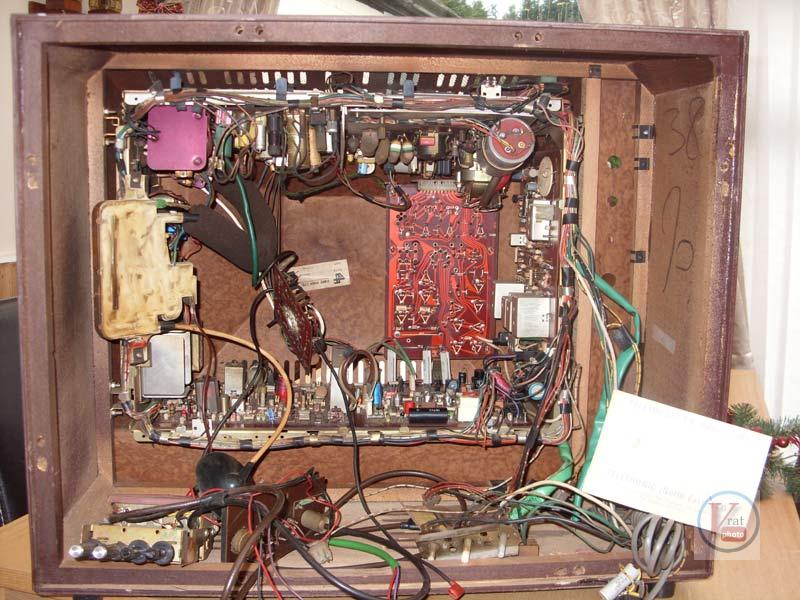 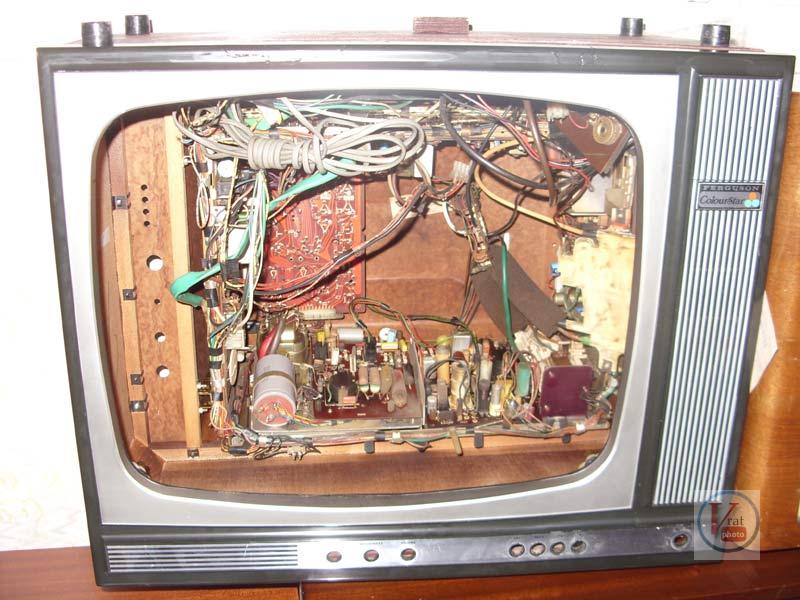 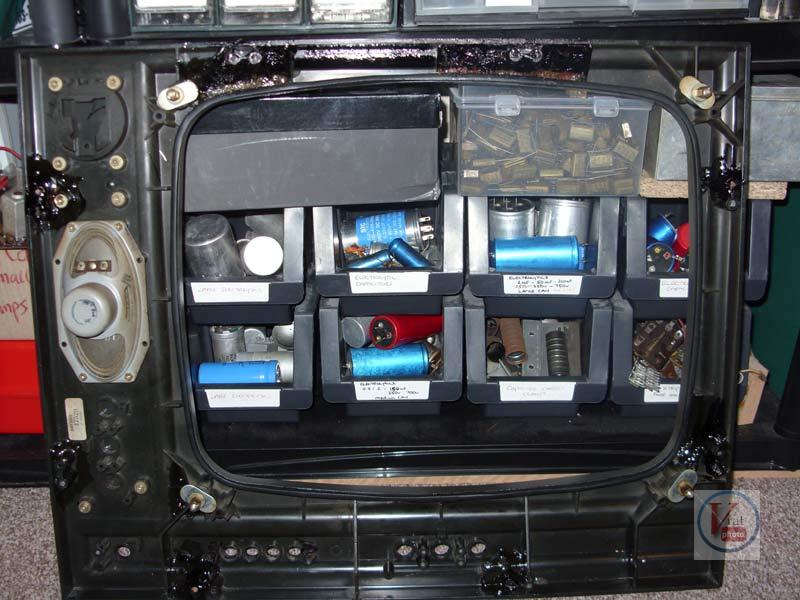 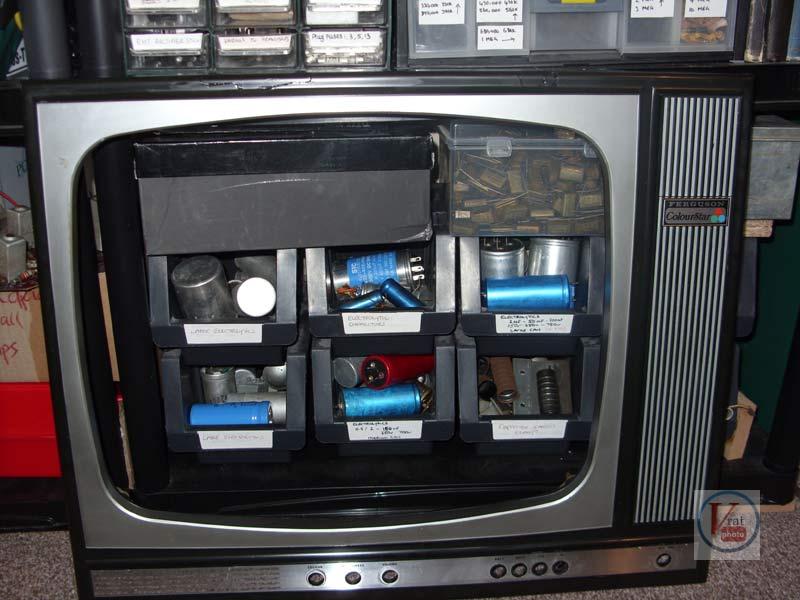 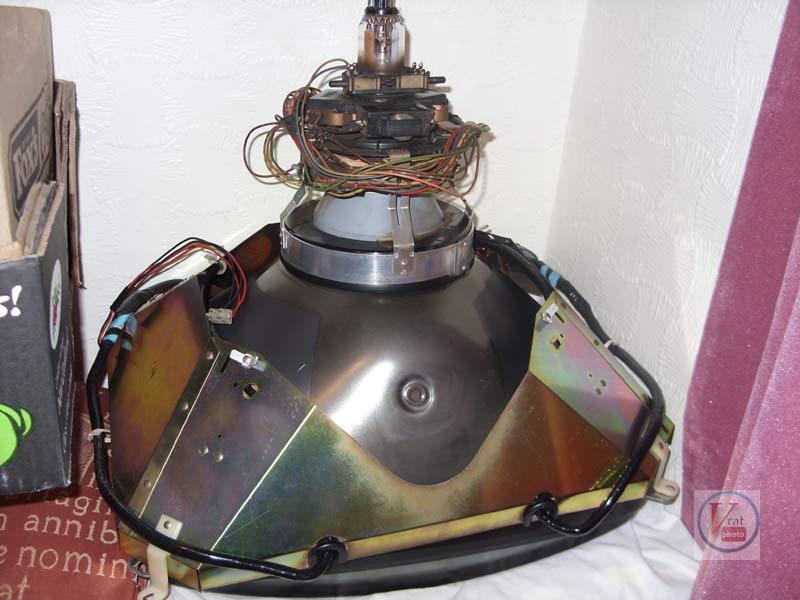 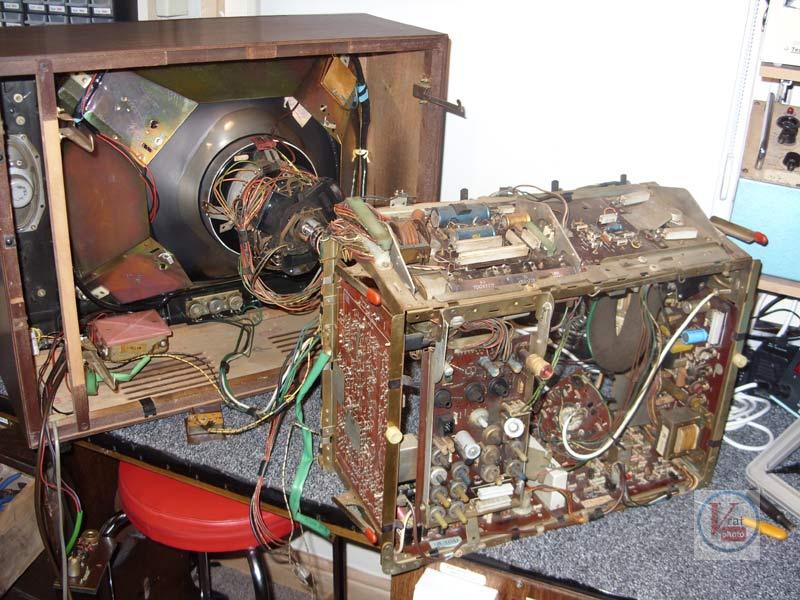 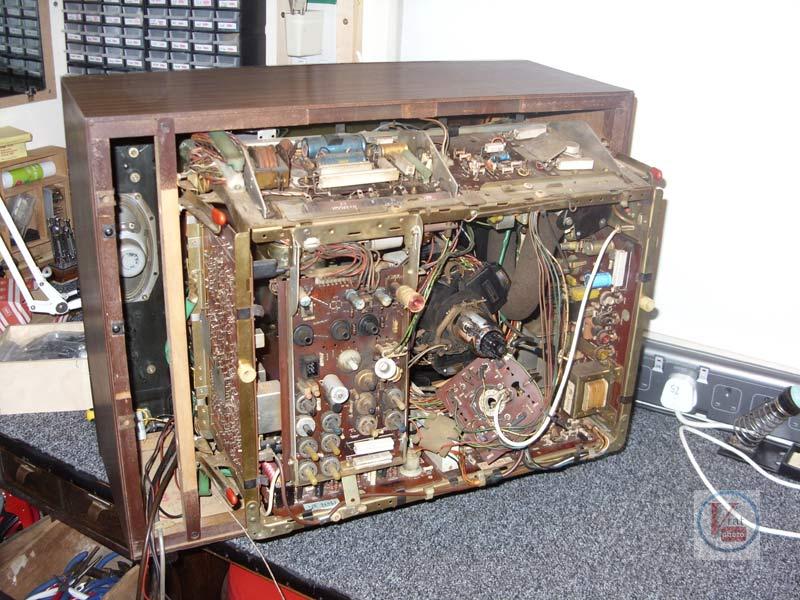 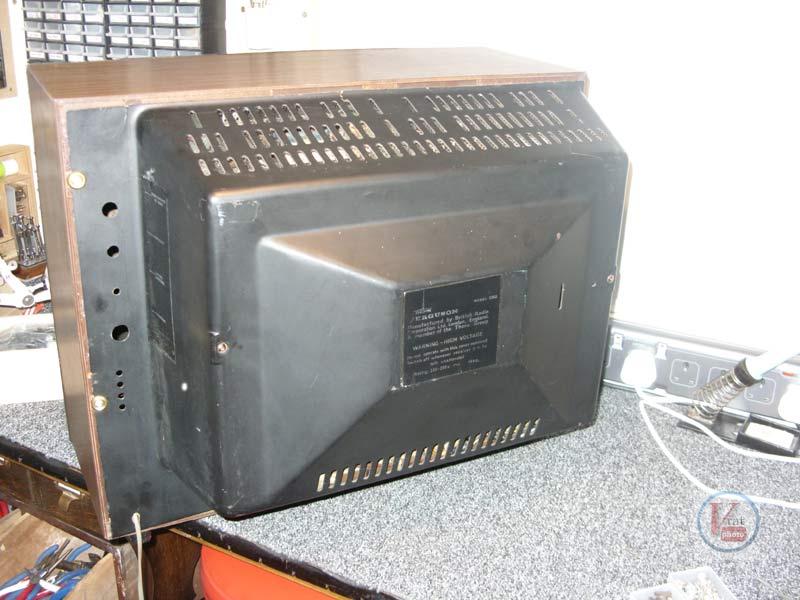 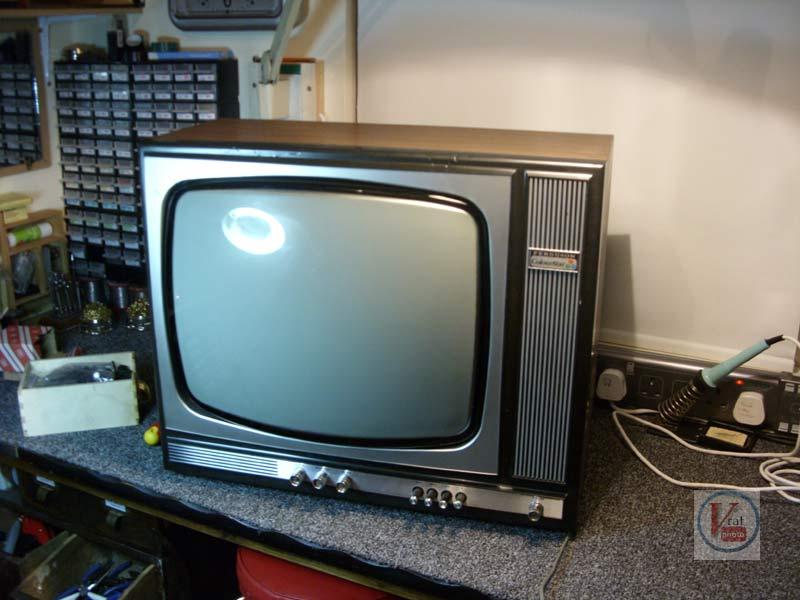 Power applied nothing untoward and a raster is presented, time to inject a signal. The test card was partially visible after a quick and dirty tune and set-up I had a rather sickly test card F 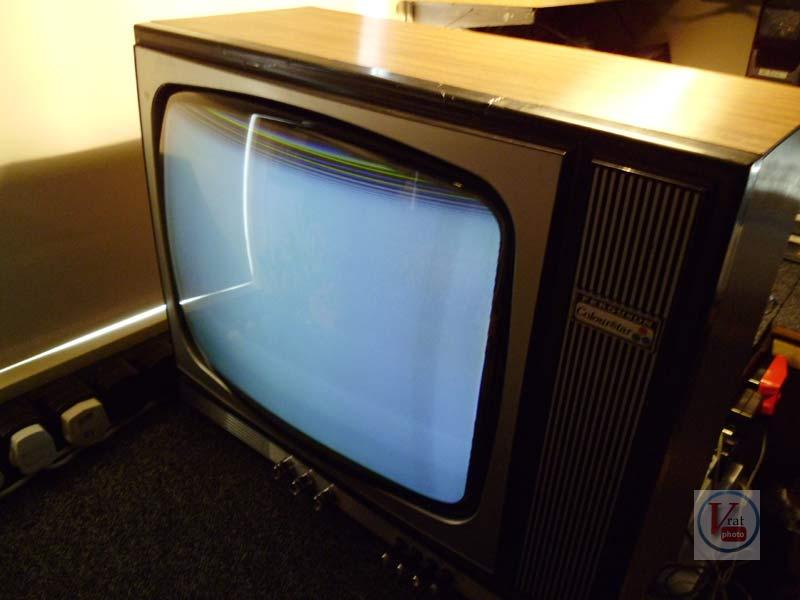 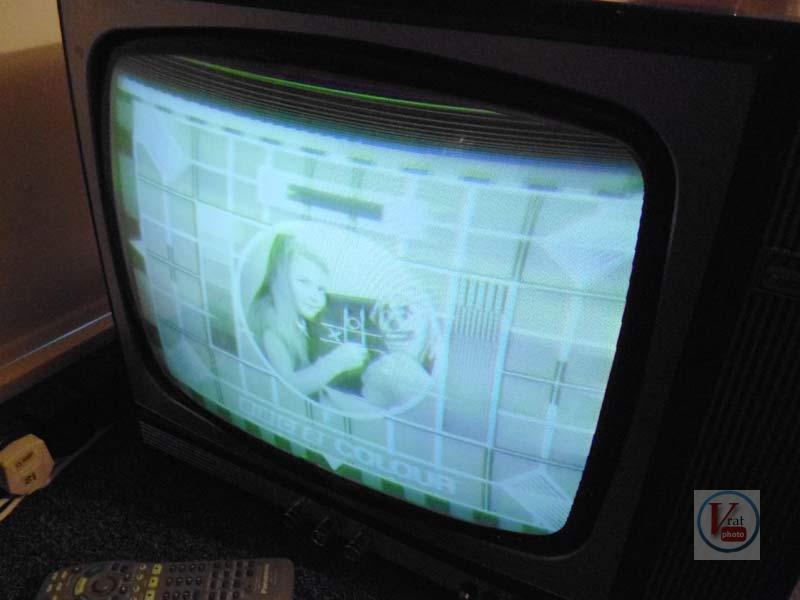 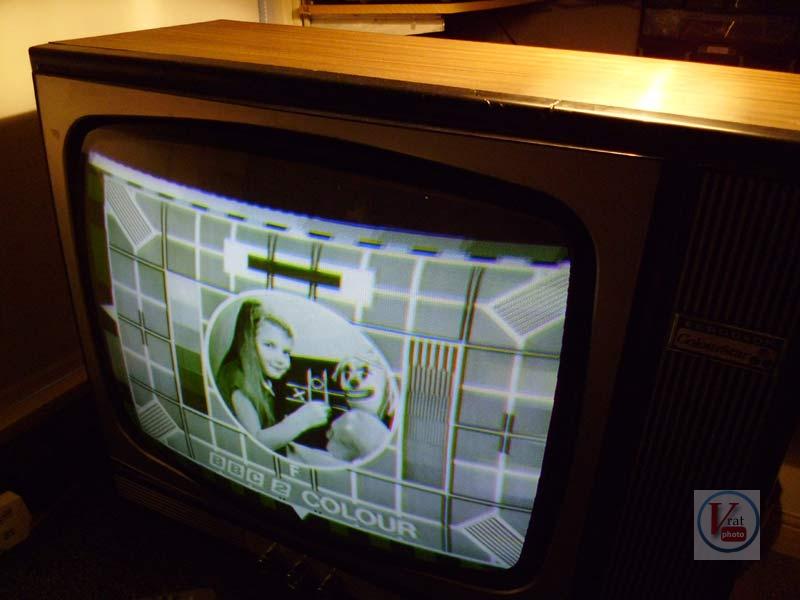 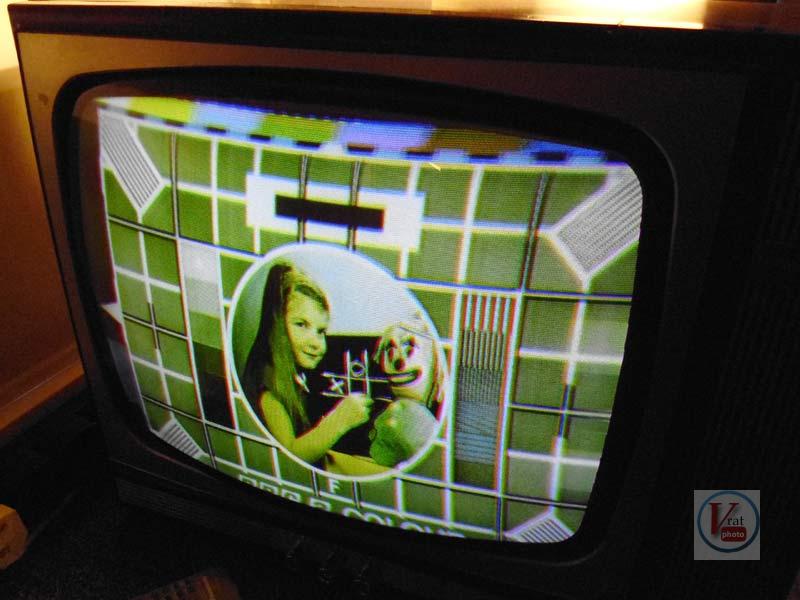 Little bit of work started on this one. Basically the set is functioning but is starting to fail due to tired components. Installing a missing non polarised electrolytic on the Video board C214 restored the colour but after about 10 mins the picture faded to nothing.

Replaced C707,C708, C709 on the convergence panel. I also noted the beam switches were breaking down so these were removed and jumper straps installed effectively fixing them to the on position. This has now restored the picture once again. Much work to do on this one as all the components appear to have lead a hard life. 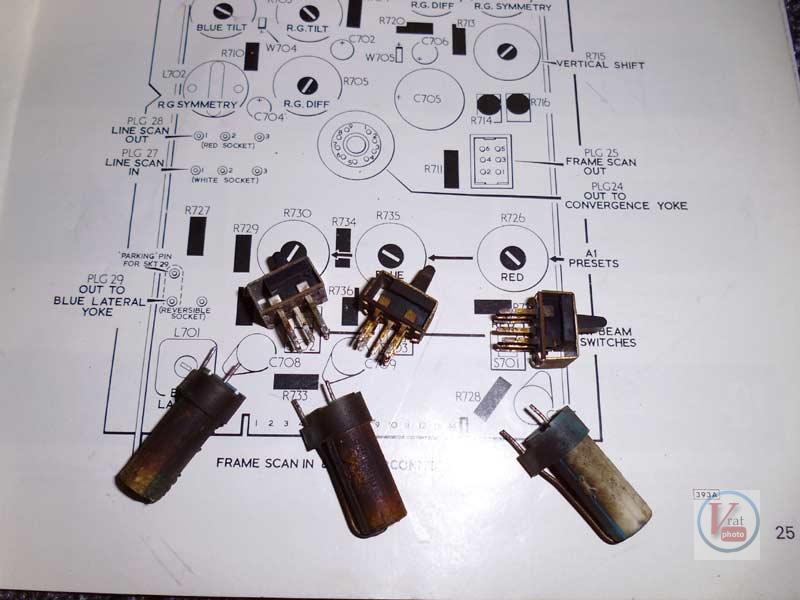 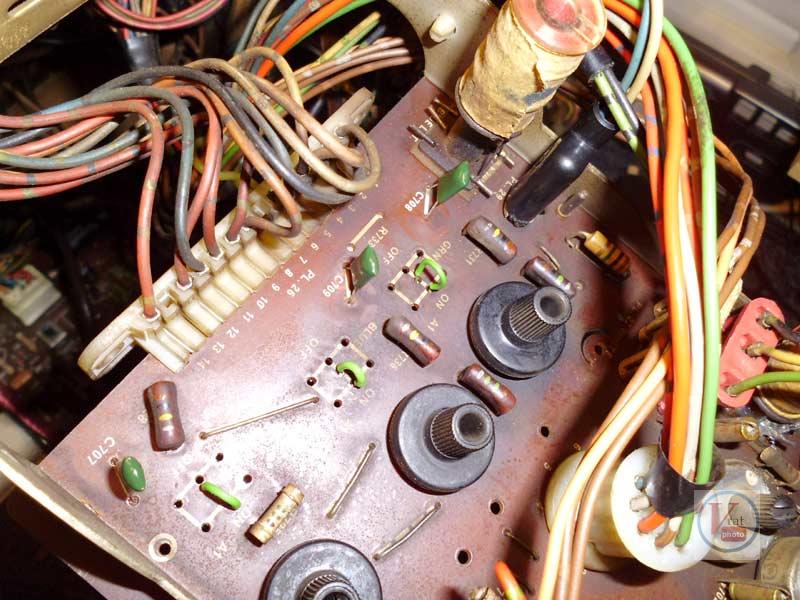 Shading on one half of the test card. 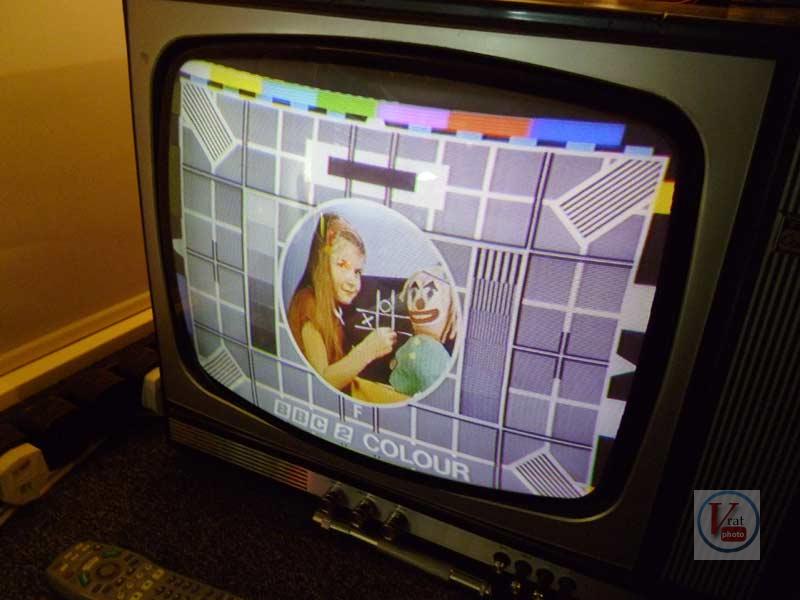 Curious fault I need to resolve is the test card has a different shade on the left side compared to the right!

I will get back to this one so there will be more to follow as this set is worked upon.

Wow! I cannot believe four months have gone by since I last looked at this, a prime example of procrastination, anyone else suffering with the same affliction?

Since I last updated, the PSU has decided to die, well don’t they always. A check of W605 anode and cathode revealed they’re both sitting at 40V, meaning the 30V zener is short-circuit and has likely fried the delay switch VT602. Also the junction of R607/C608 is also cooking, the voltage at 4V likely caused by the Chopper drive transistor VT605 being switched hard-on. I’ve started to replace the duff, cracked caps, will replace the 30V zener, check VT602 then see if we can get this PSU up and running. Once that’s done I can then see what state the rest of the TV presents to me.

A pleasant afternoon at the bench replacing severely cracked tropicals. To replace the 30V zener neatly requires the small top PCB to be freed. This means the dropper has to be removed along with R615. R615 had one leg rusted through so a suitable replacement was found. With the dropper removed and the three retaining nuts removed I could now gain perfect access to remove and replace W605. As mentioned W605 was s/c and as suspected had also taken out VT602. When the transistor was checked it was faulty. VT602 looks to have been replaced in the past incorrectly with a BC182L, it should be a BC184LC or a BC183L (higher HFE devices) but I suspect the 182L probably worked though its not listed as suitable in towers.

With a new the new delay switch transistor installed I thought I would now introduce the PSU to some power once again via the jig. Excellent initial results with the 6.3V, 240V, 30V and 58-65V rails being established. Then it went pear shaped with the 58V-65V rail light going out followed by extreme venting of magic smoke emanating from the supply near the 30V regulator VT601. A quick switch-off and a retreat from the pungent pong. After a couple of mins I decided to repeat the power application this time monitoring to see what was getting hot under the collar. It turns out to be R645(5R) which is in the base supply that is cooking up.

C609 was leaky and I now have 45V again on both ends of the new Zener, so looks like that’s gone again, probably taken out the new delay switch transistor too.

Picking up from where I left of yesterday. Before I replace the silicon carnage (VT601, VT602 and W604) I opened up the underside of the top PSU PCB, this again affords easier access for component replacement. It revealed a number of suspect joints and that C619 has a intermittent track fault in the negative supply. C619 was also leaky so C619 along with C604,C609 and R603 were replaced.

PSU transformer rubber mounts have totally perished. The transformer was just flopping about, theses will be replaced with new.Just in case you’re wondering what I used for the transformer mount. A few years ago I found on e-bay some perfectly sized grommets (see below), just the thing for the job.

ell its now almost ready for power once again. On top of the replaced components above, new silicon installed, 30V Zener, 30V regulator(new mica and sink compound) and delay switch. New wiring to the regulator and a new R645(5R) closest I had was a 4.7R . Will power test later this evening.

Will check the waveforms of the mono-stable & chopper drive for completeness. I’ll then I do a set EHT, close the PSU up and finally install into the TV to see what results we get. Now with the set up and running again I can return to sorting out the decoder faults. 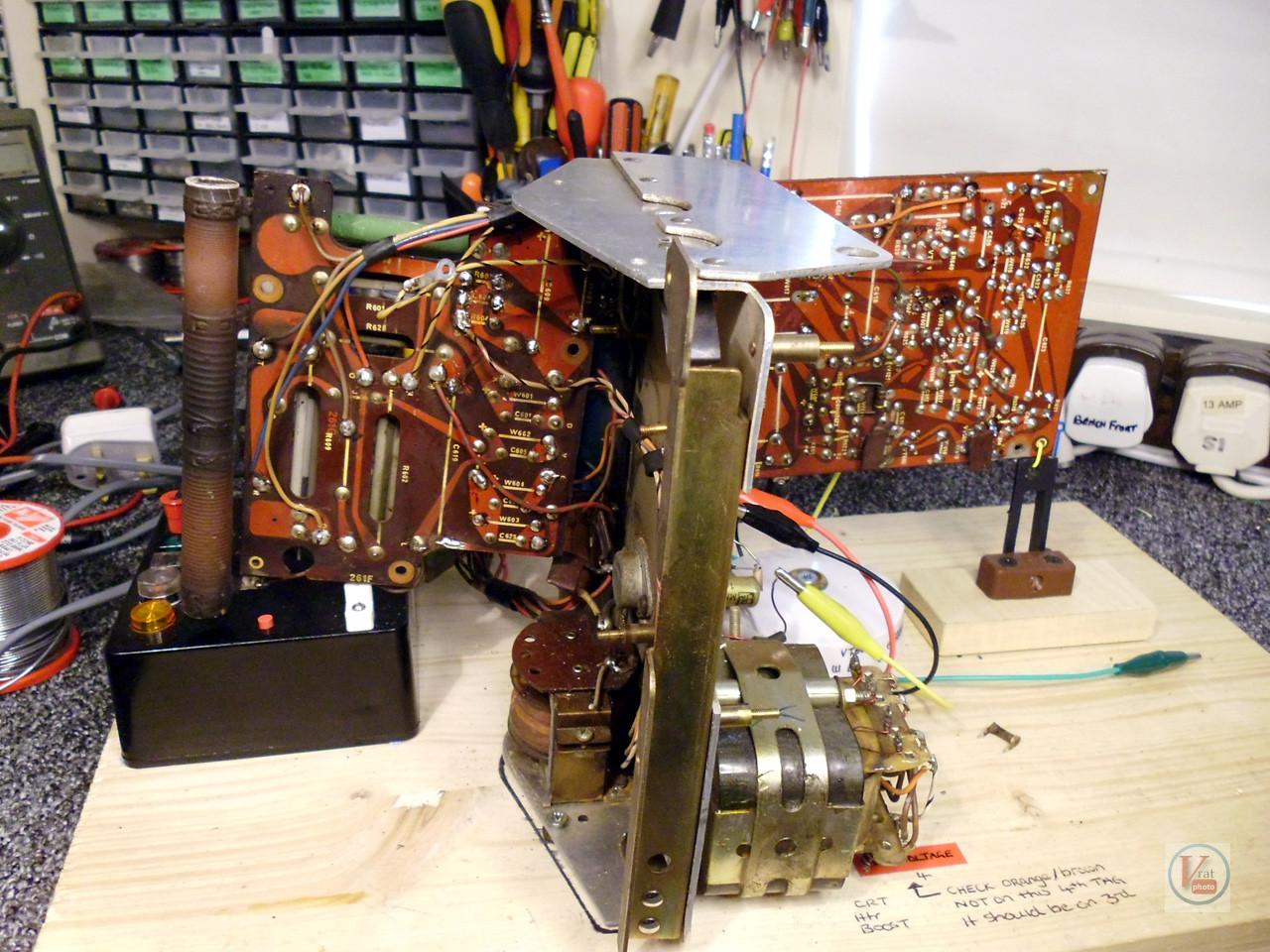 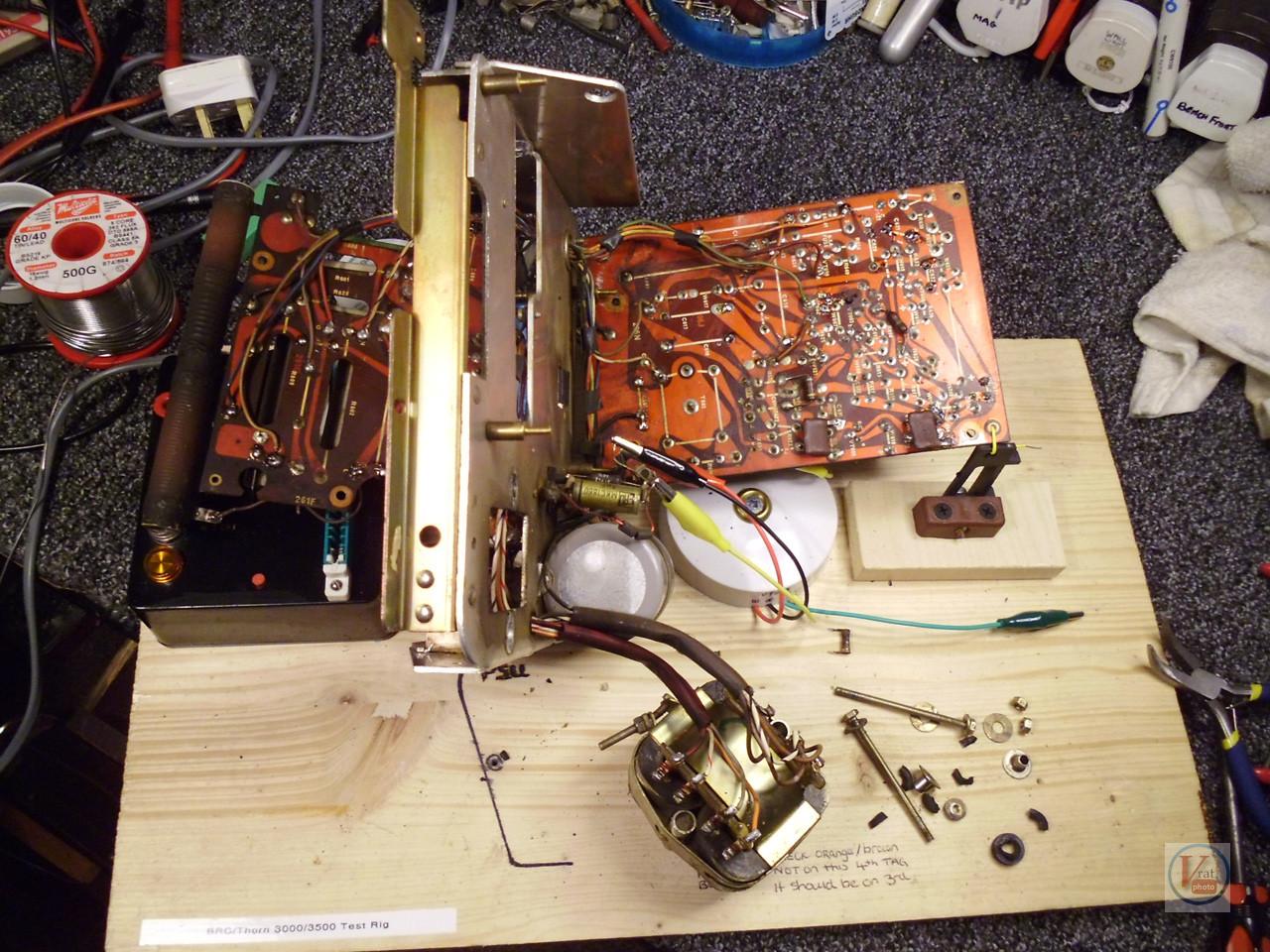 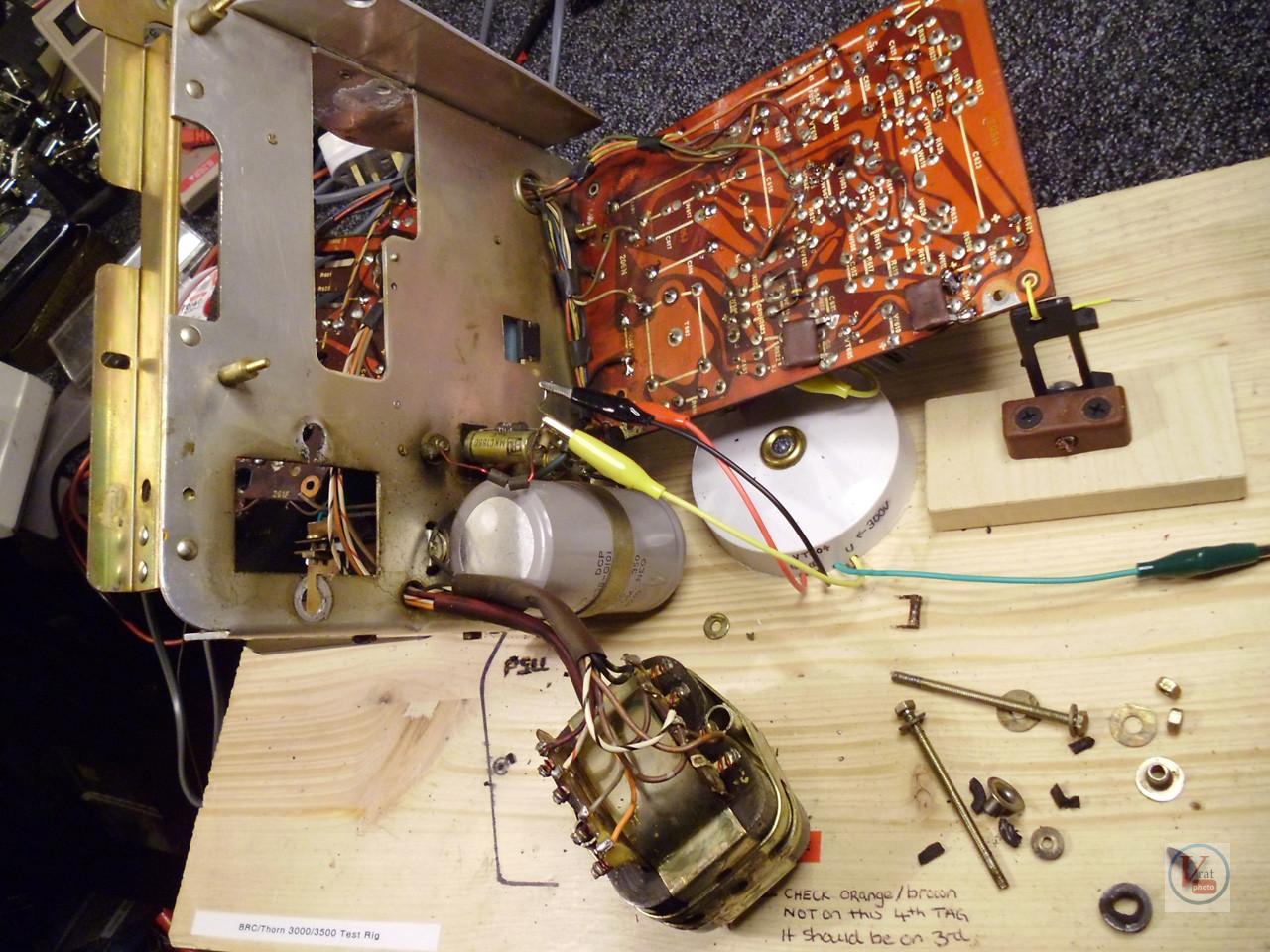 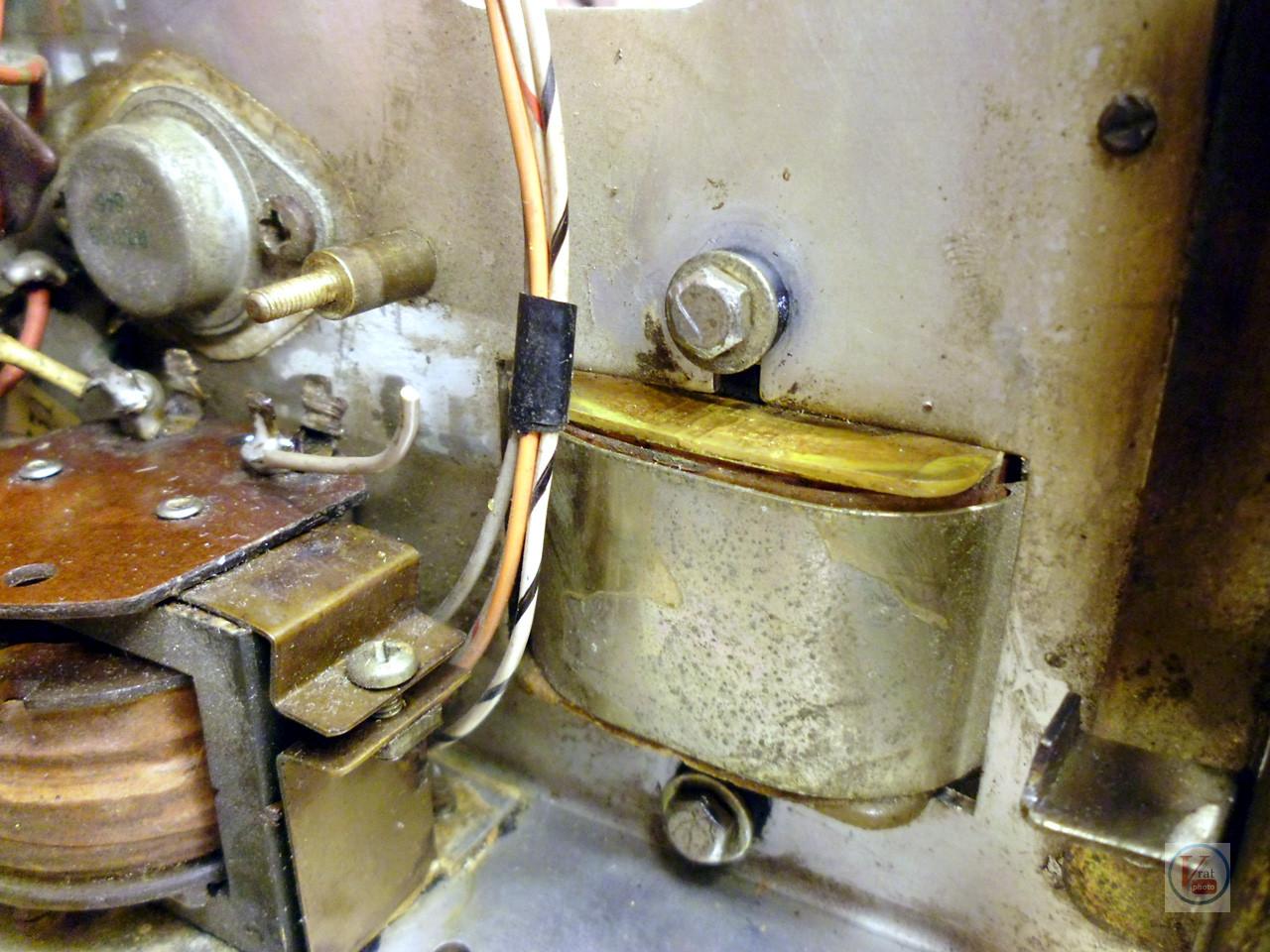 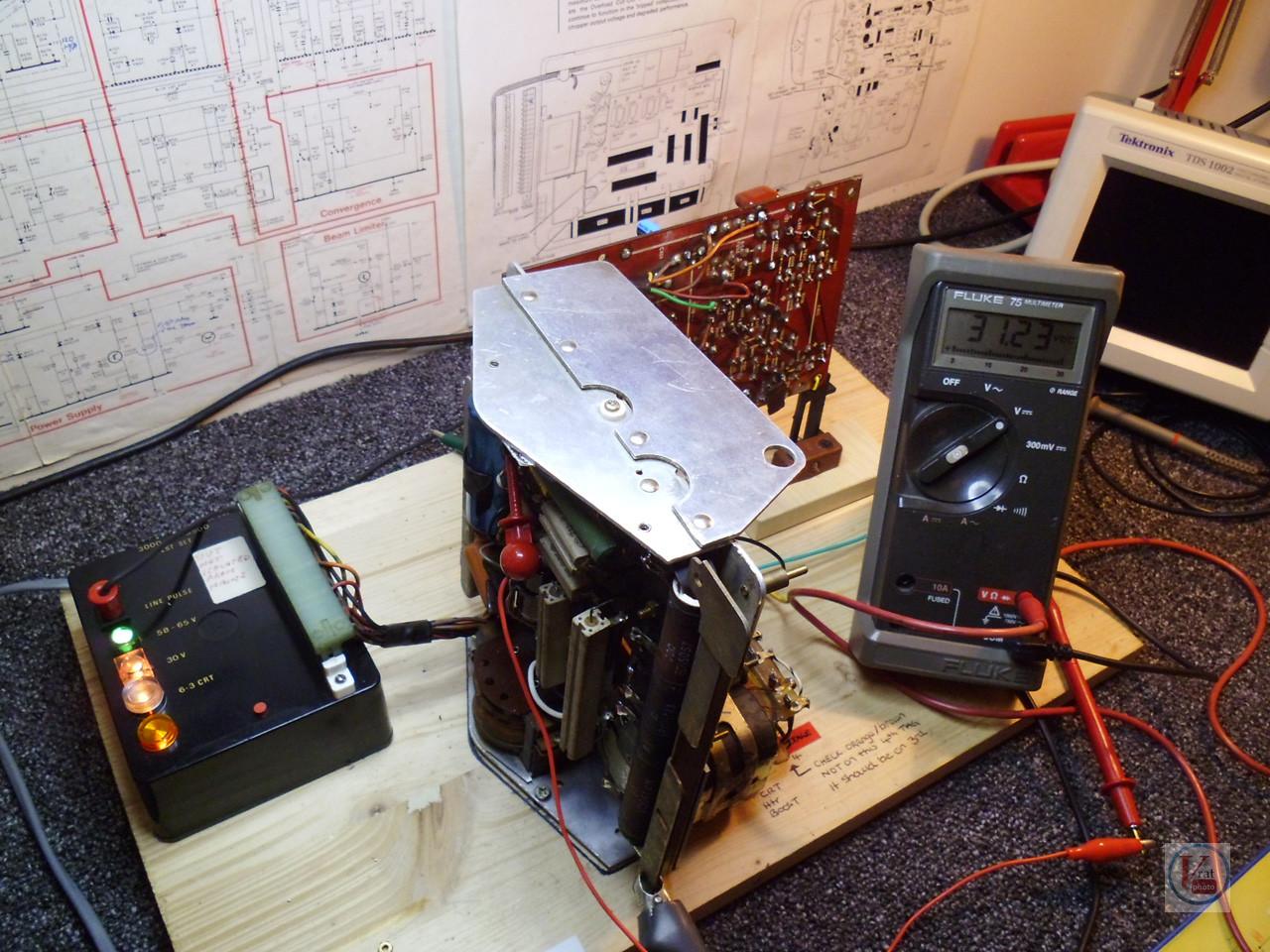 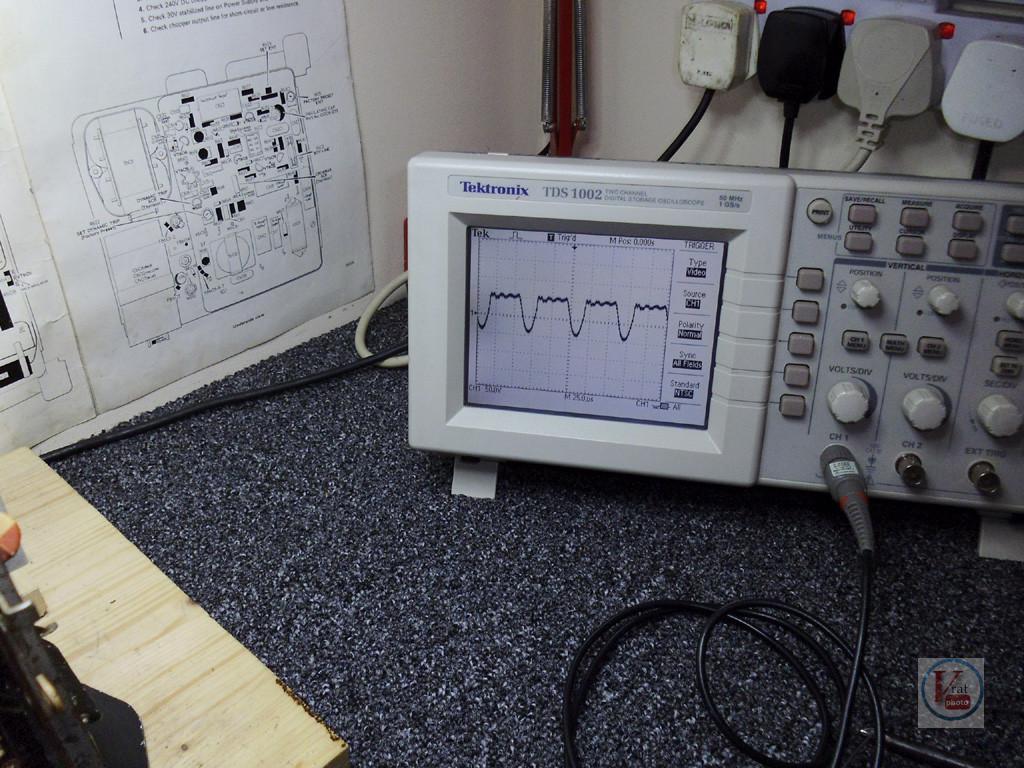 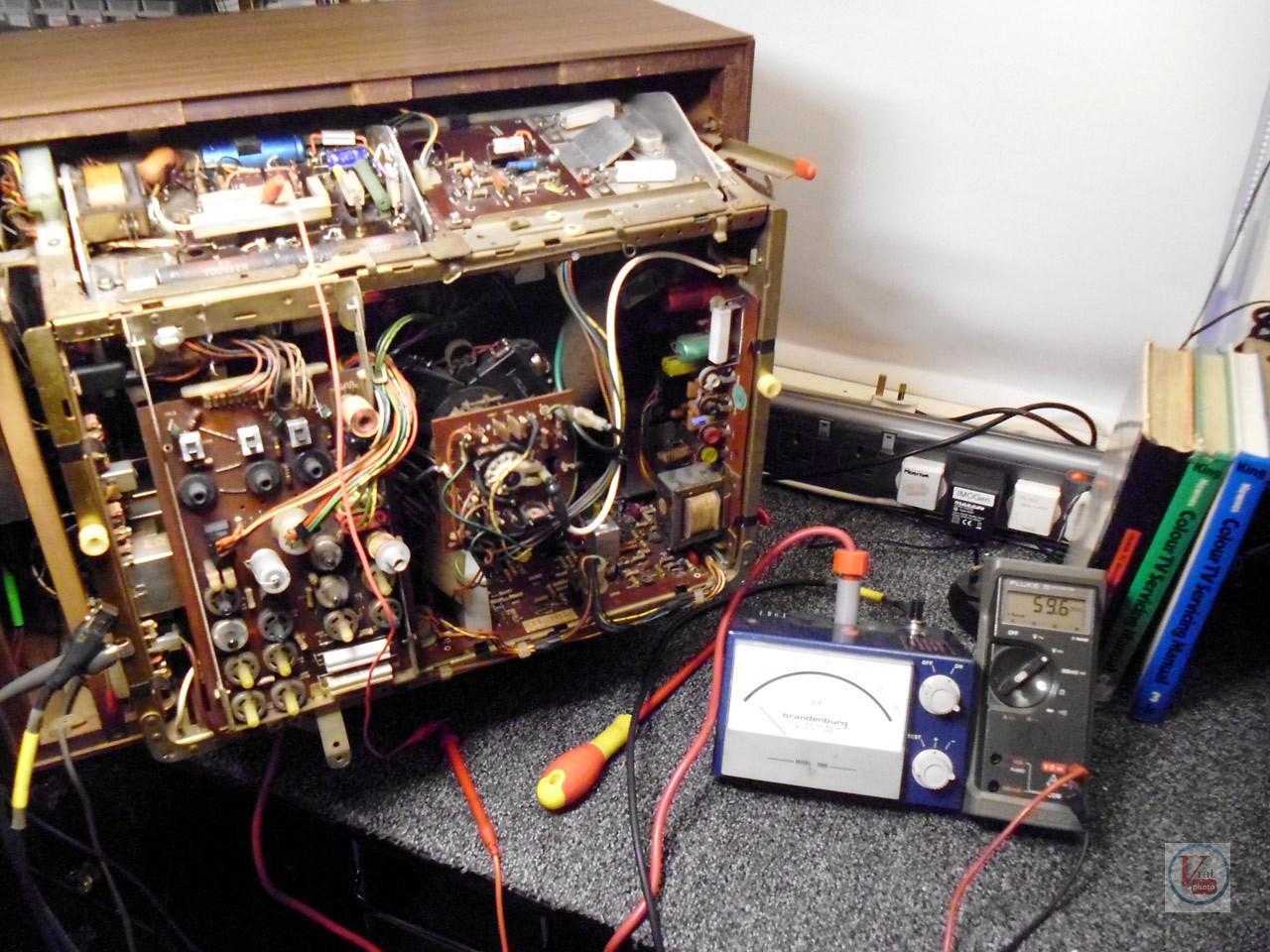 When I first started as a trainee TV engineer at a refurb depot in Rugby uk, I would spend all day repairing psu after psu using a repair jig. It was made of a 3k tv set turned inside out on the bench so you looked at crt front on. In front of this was the chassis so easy to work on the boards. What memories, later on I worked on line stage and so on.

Keep up the good work

Another cracking late night read! I really enjoy all the superb pictures well written info and service info too. I guess these sets putting up “moans and groans” after not being powered up for many a year, really appreciate a “second” chance at being useful again! Well done again Chris, in keeping a rather superb BRC collection.