This 1971 Beovision is in immaculate show room condition and equally clean inside. The TV is a 3200 series chassis, the model being a 3618-SJ.

Research revealed this set replaced the 3000, its visually similar and has a near-identical chassis to the 3000. Apparently the reason for the model change was the use of an A66 120X, this being 1″ larger and the faceplate a slightly different shape allowing the screen to be pushed through the cabinet front rather than being mounted behind a mask.  Other than that, the set appears to have remained pretty much the same as the 3000, with a large loudspeaker unit beneath the screen and a secret panel to the left of the screen behind which the convergence controls are hidden.

Some photos of the cabinet and internals 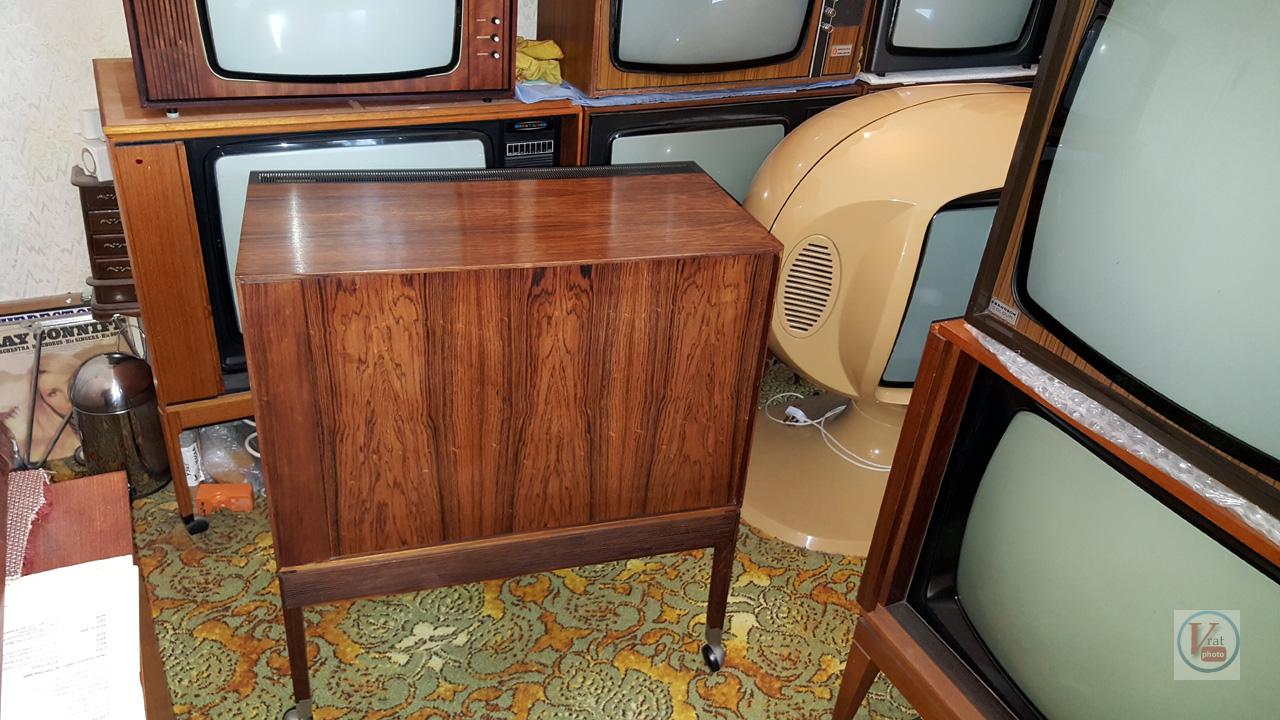 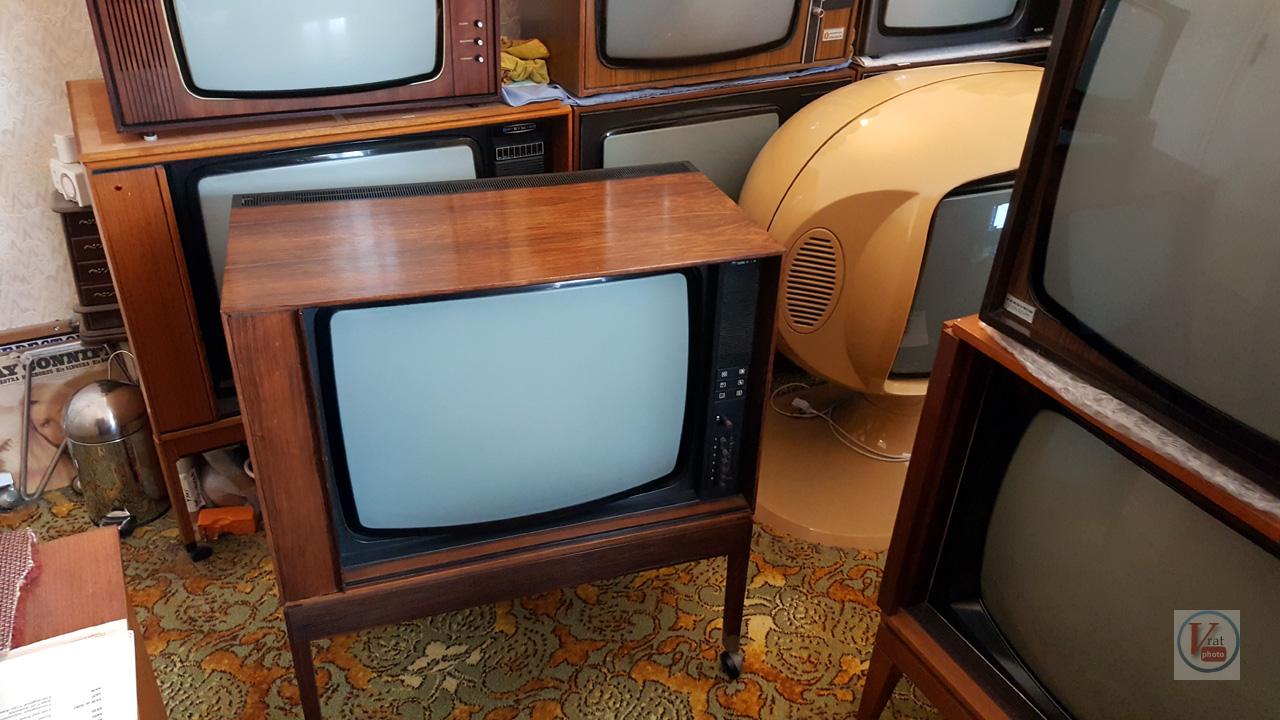 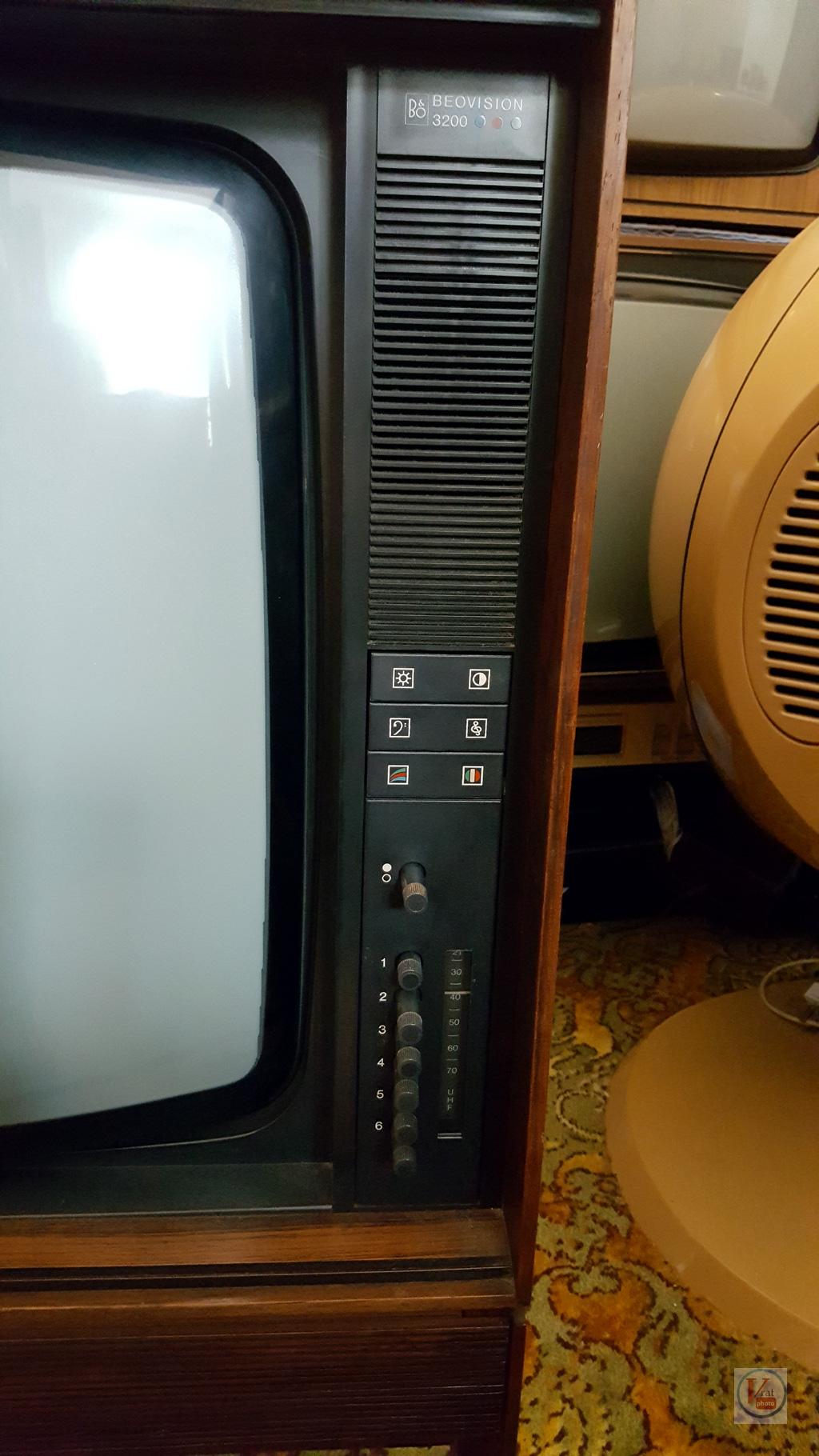 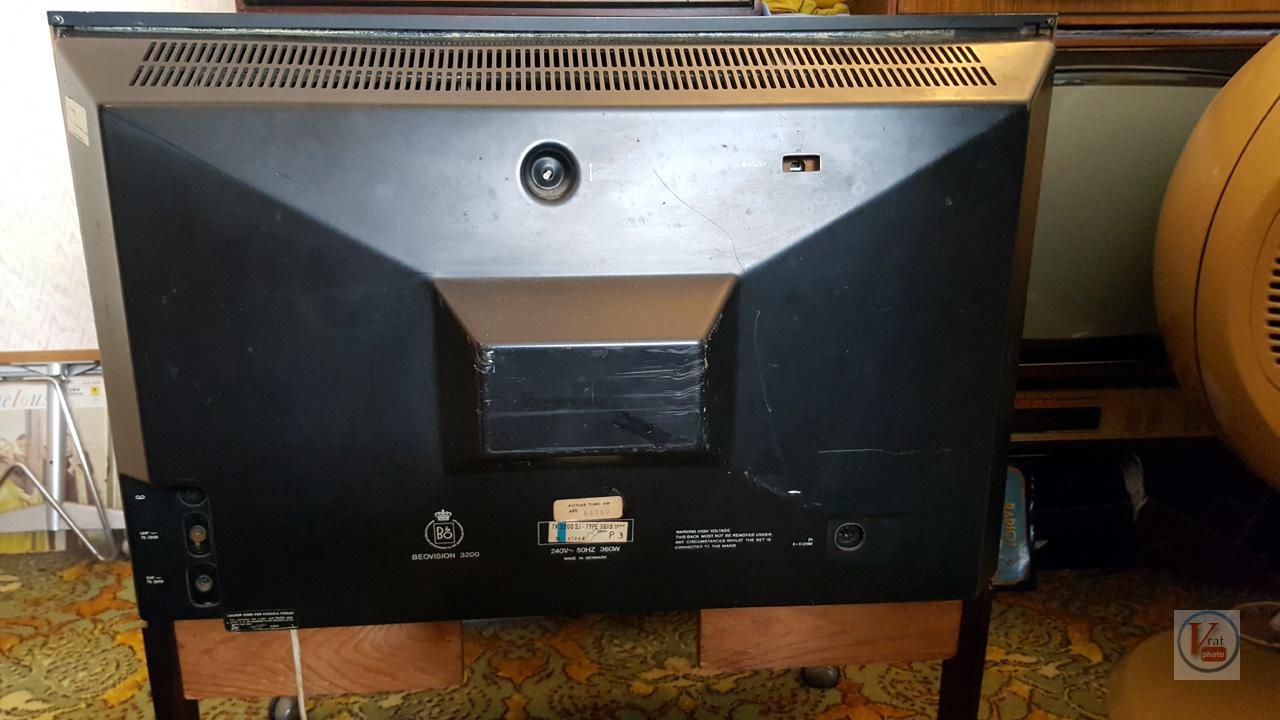 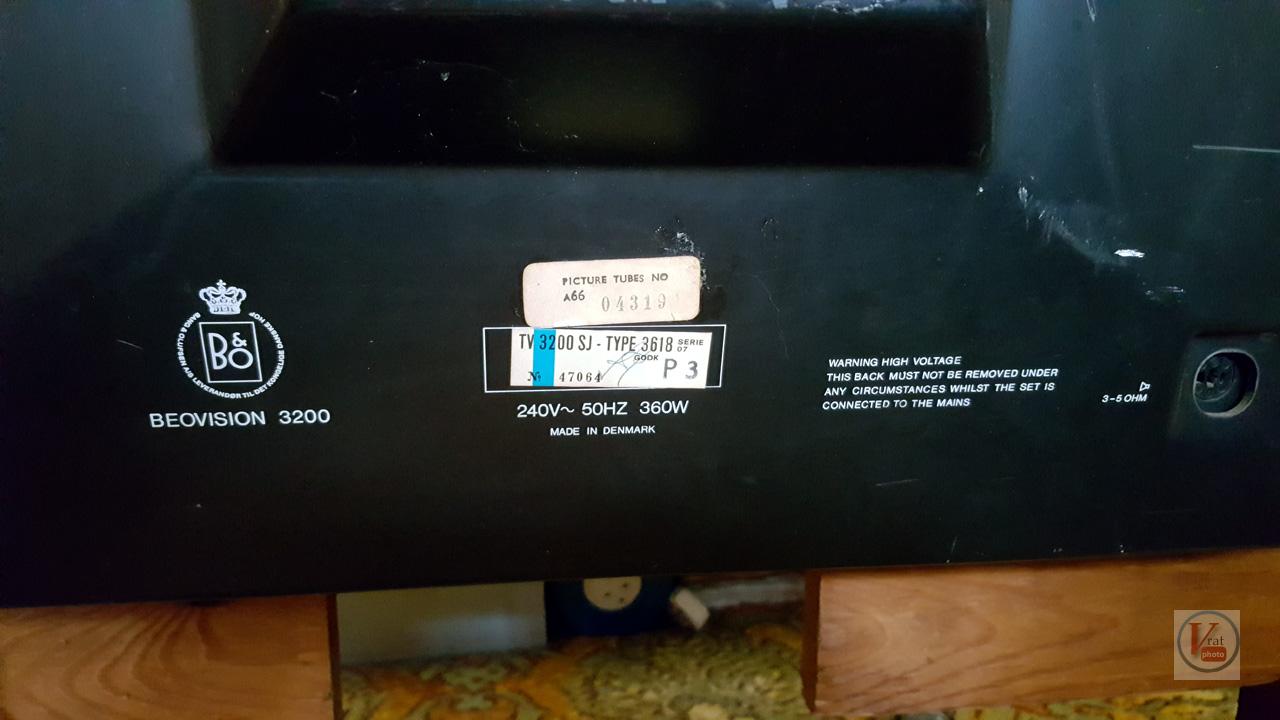 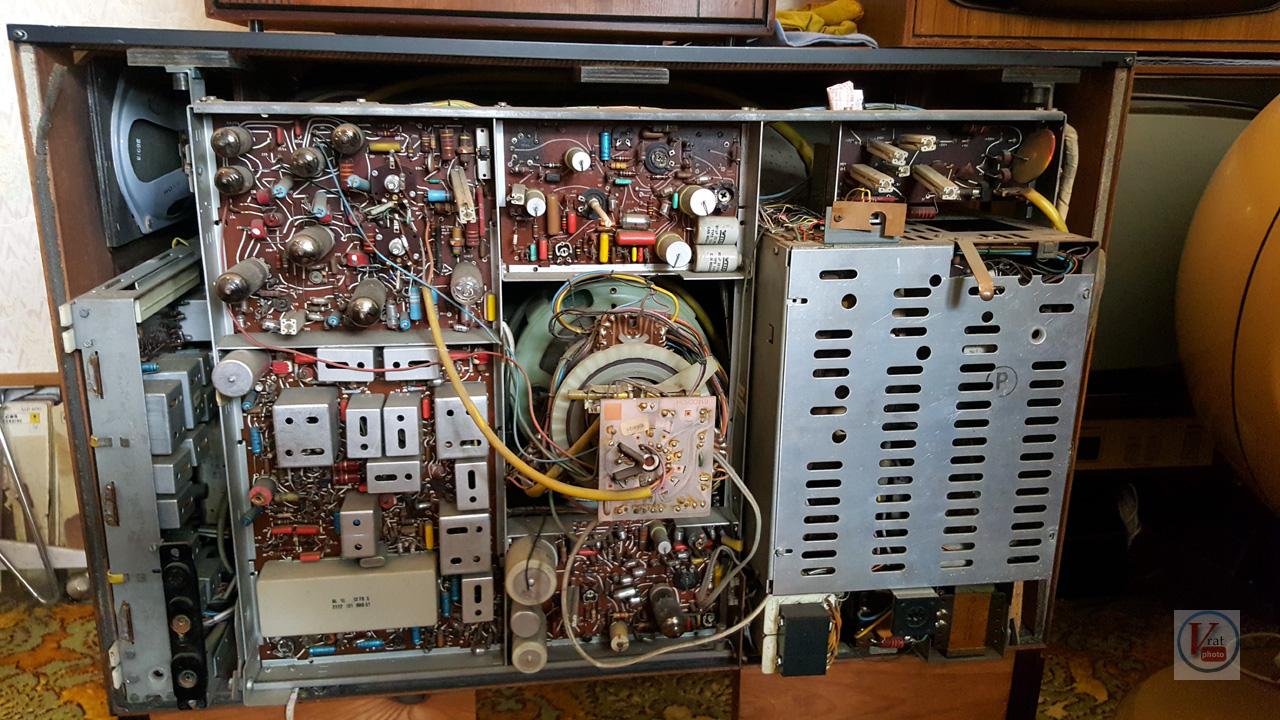 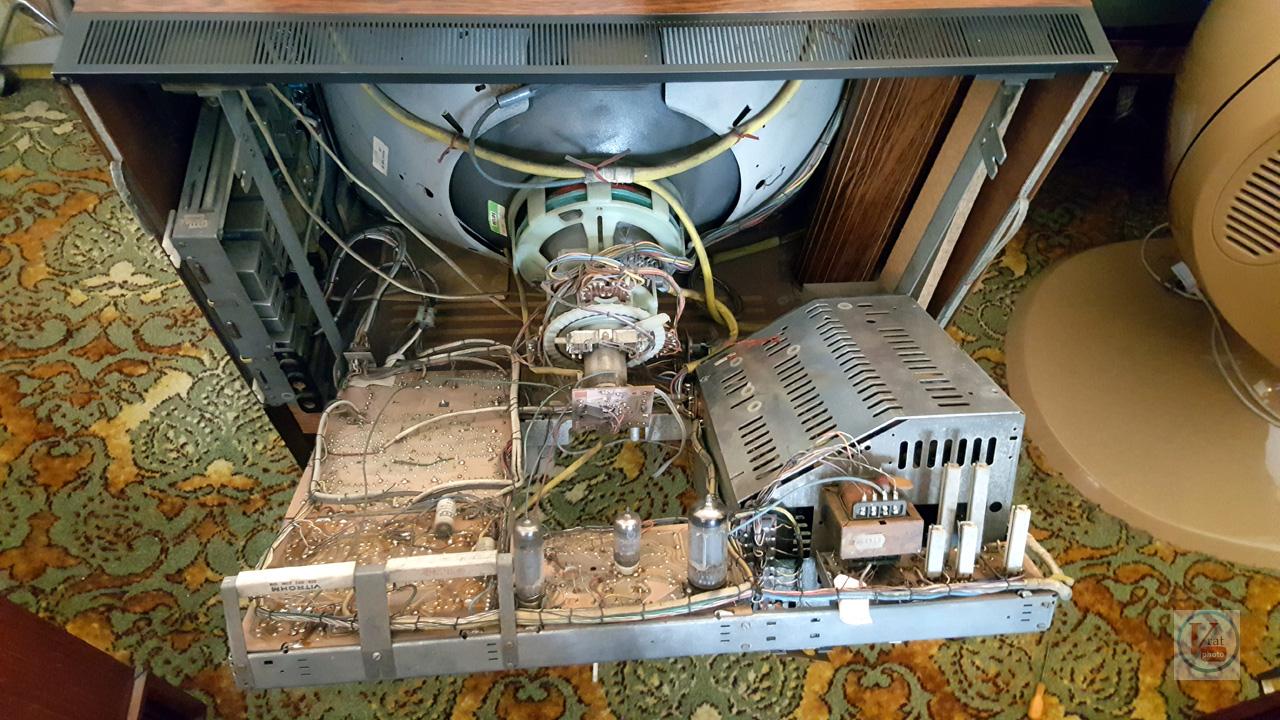 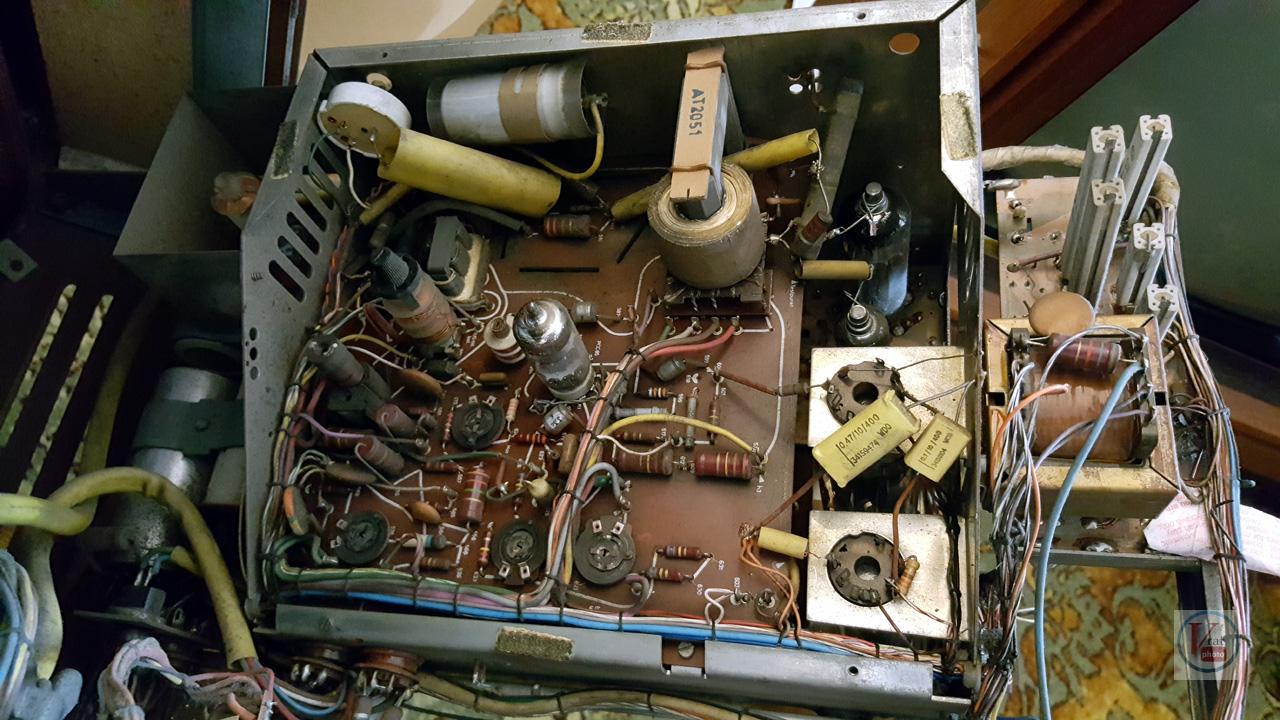 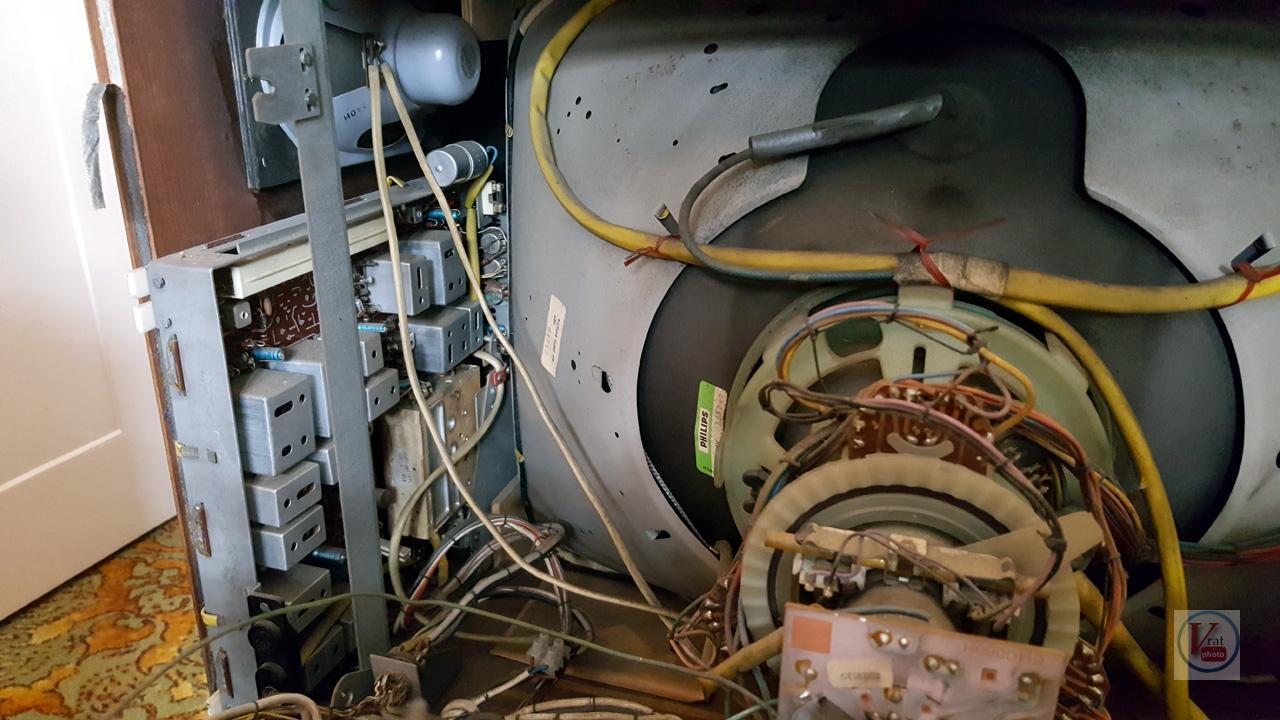 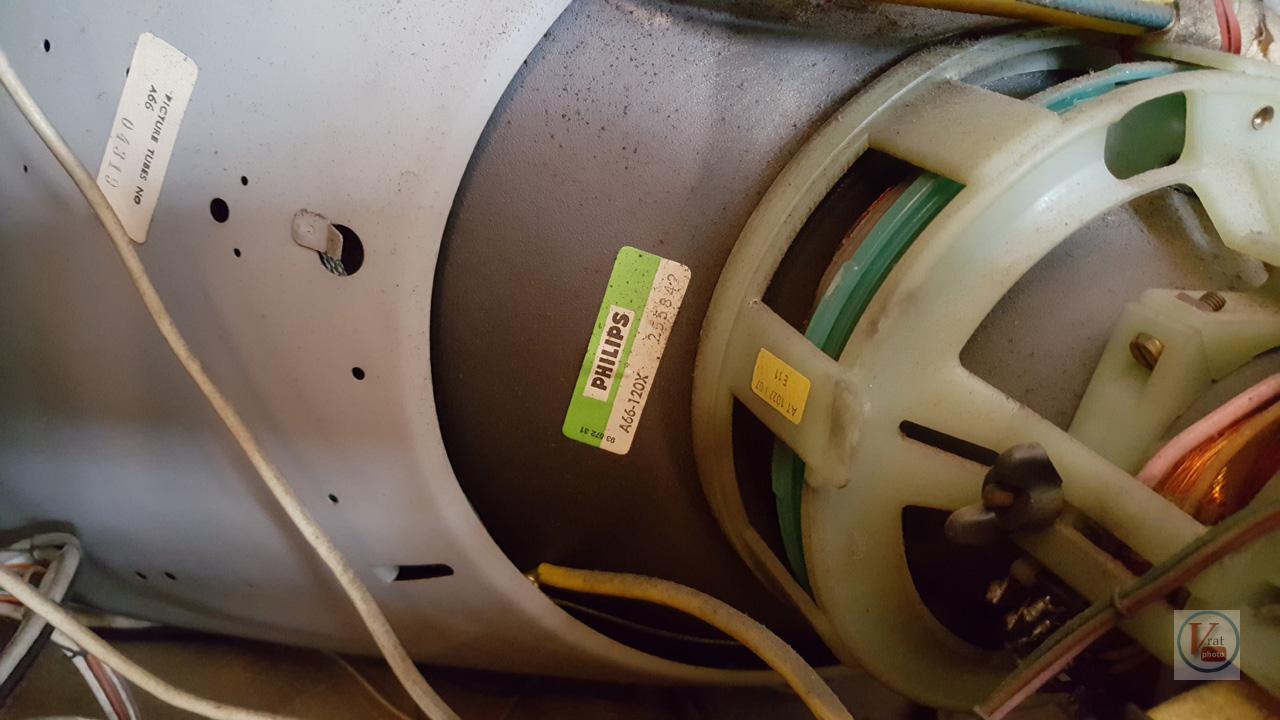 Since getting the Beovision 3200, I’ve been curious as to the state/condition of the Philips A66-120X within. After being engrossed in a number of other TV set repairs and the Fergy project, today I finally got around to testing it.

For a change rather then using what everyone seems to use myself included, namely the B&K 467, I thought I would give the Leader LCT-910A an outing. I’m delighted, the tube tests 90% emission on all guns and the tracking is near perfect, a very good tube indeed. 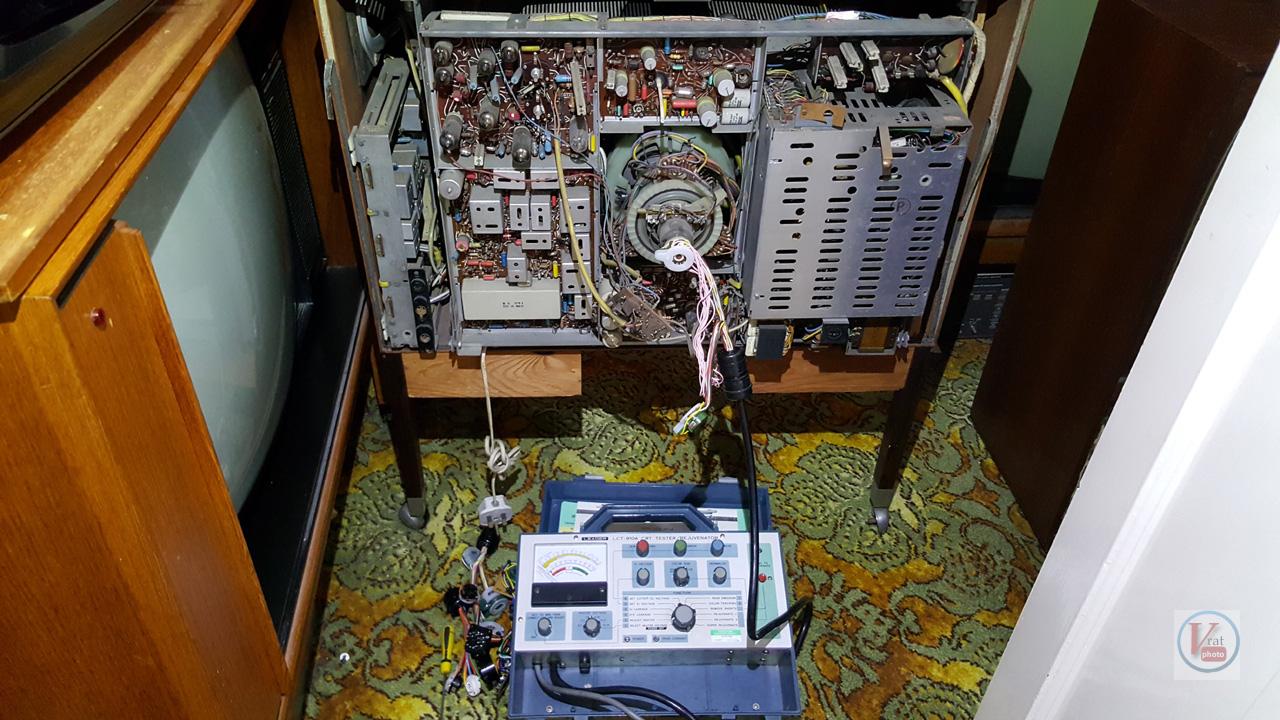 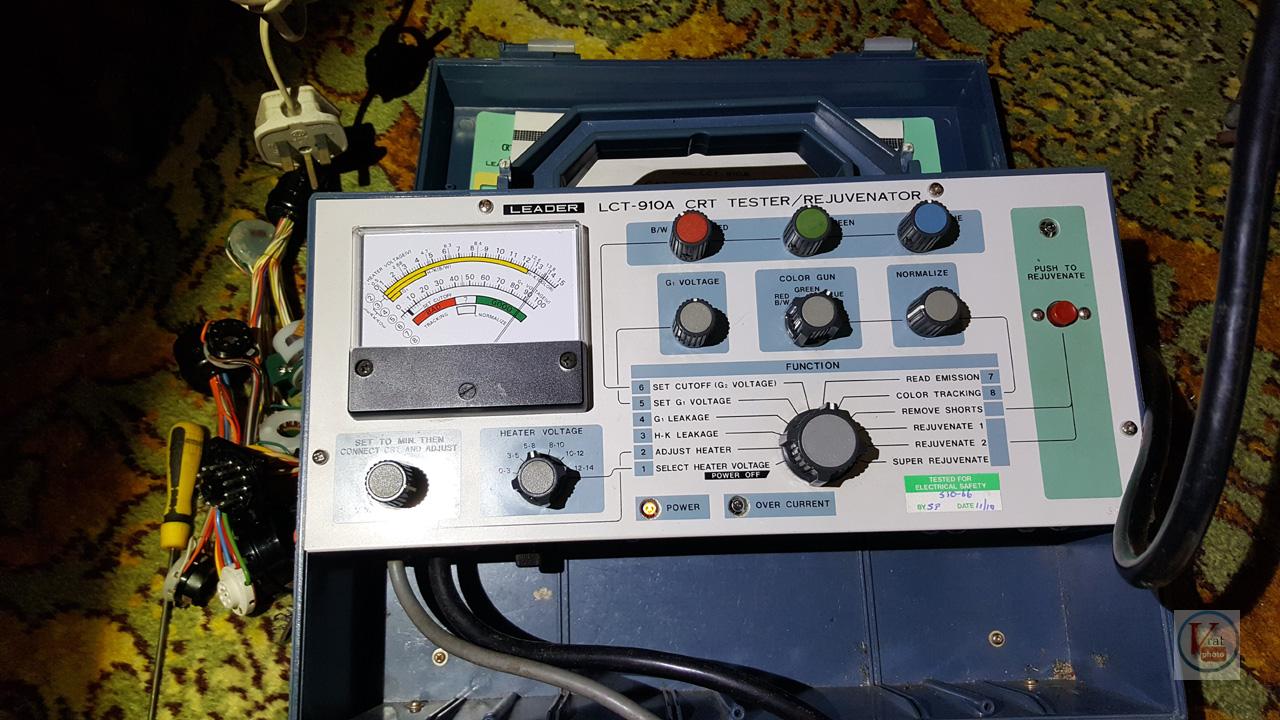 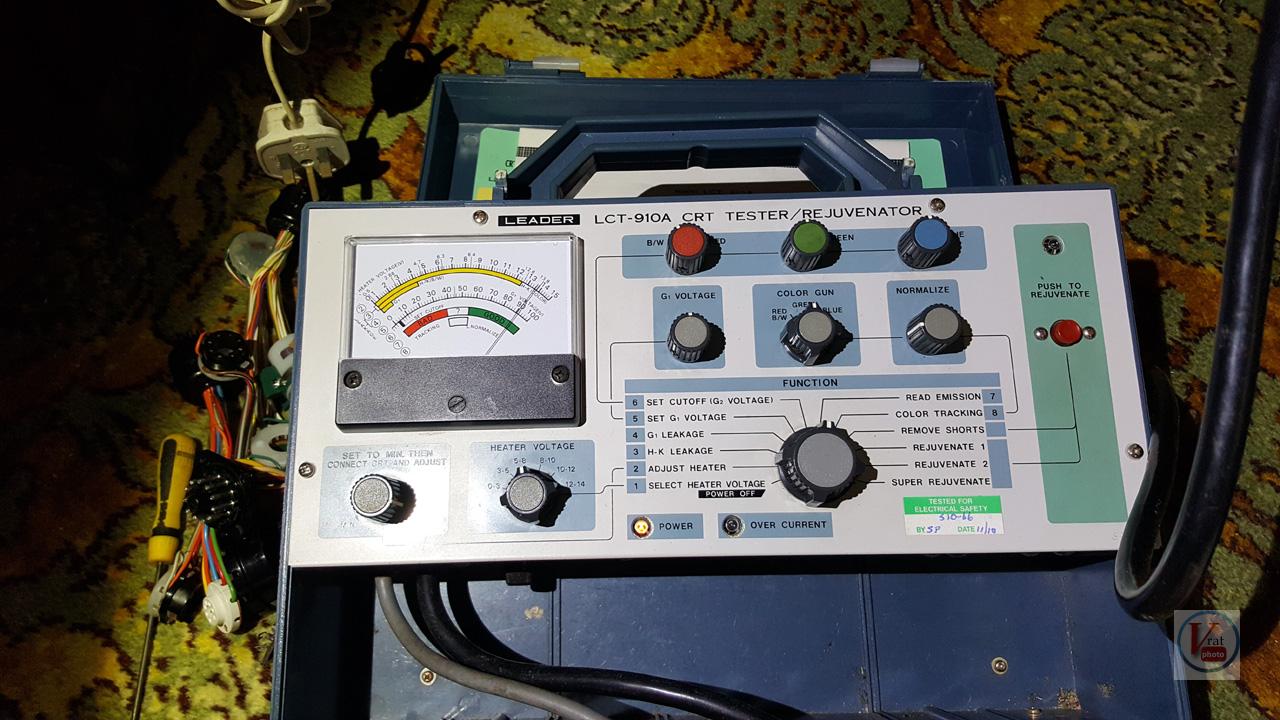 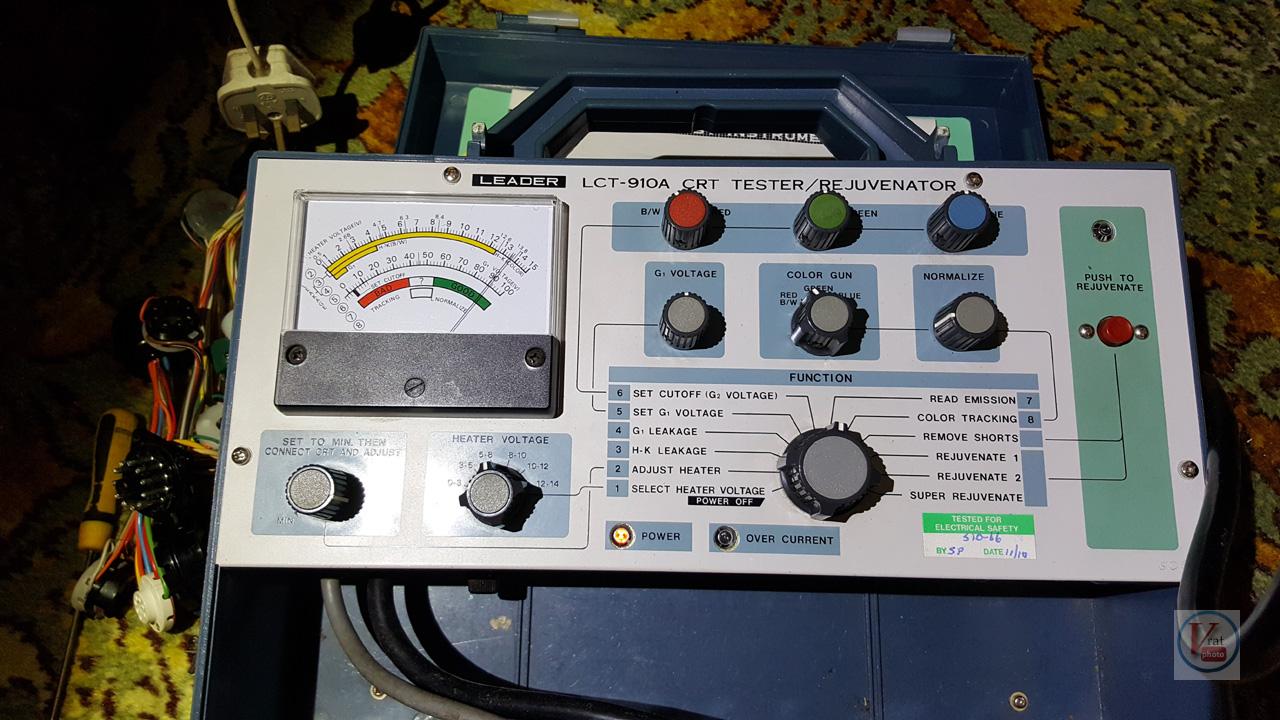 Another interesting find was a little parcel stuffed under the wiring harness top right. When opened it contained a rectangular push button with part of it broken stalk protruding. A little investigation revealed it came from a switch mounted on and above the line cage. Pushing the broken end into the switch shoved its remains out the back of the switch body. But what was it for? Reading the service data shows its the colour killer switch. There’s most other manufacturers giving instructions like ground the base of VTxx to chassis via a 56K resistor to override the CK and B&O go and give you a proper switch, how swish. Going to have to find something suitable to replace it with. 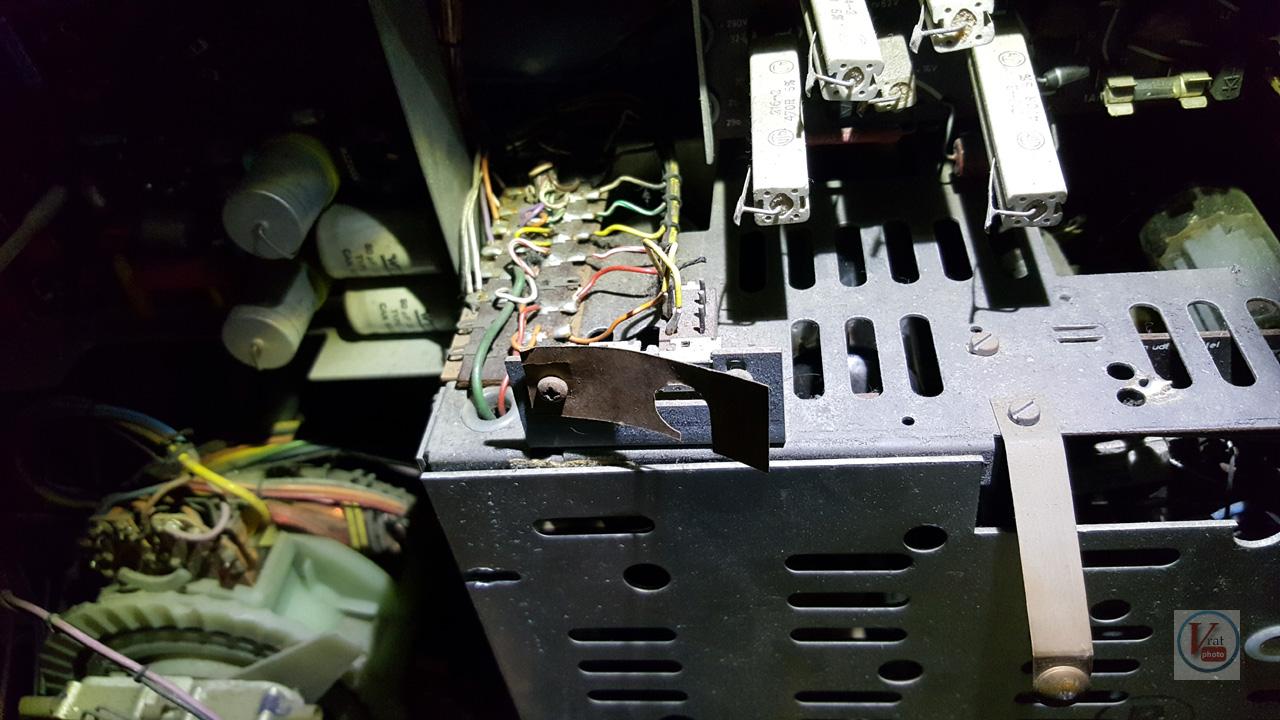 Interesting set. These give a very good picture indeed and in my opinion better than later models with an inline CRT. Beware of the transistorized frame time base as any fault can be a nightmare to sort out. It is partly DC coupled and any off value resistor or leaky cap can blow transistors like fuses. Take time to do cold checks and resist the temptation to give it a whirl if just replacing blown transistors. Good luck.

In fact I think this is an earlier model with a PL508 and not the solid state frame stage.

Yes it is the early version with the PL508 field output. A very complex set with the dual line output stage and the thing that gives me the heebie jeebies, the EHT generator stage which delivers near instantaneous 7mA at 25kV.

Hi Chris,
B&O always used a Philips CRT and from what I can remember might also have been selected from the production line. Appears you have an original in very good order and emission might improve once the set is up and running. This set has a lot of nice features not found in most UK models. The broken switch as you found is to disable the colour decoder during black and white broadcasts and if I remember correctly also disables the 4.433MHz sub carrier trap in the luminance amplifier allowing full 5.25MHz video bandwidth.

You are right to be wary of the regulated EHT supply on this and also later 3400 series. When working around high voltage area be careful of X-Rays generated by PD500 and GY501. I am not sure about 7mA at 25kV being available since both valves are rated at maximum of 1.6mA and 1.7mA respectively. Maybe the extra capacitance afforded by the shielded EHT cable can achieve that figure…. either way it will make your hair stand on end! One thing we *always* checked when these sets came in for service is beam current limiter operation as it is very easy to permanently buckle the shadow-mask through overheating at high brightness. You do sometimes get temporary purity errors which will clear when brightness control is turned down.

Looking forward to your repair write up.

Worked on lots of these sets and owned one also. Fabulous pictures, its like a trip in time for me. Many thanks.
Dave Lewis