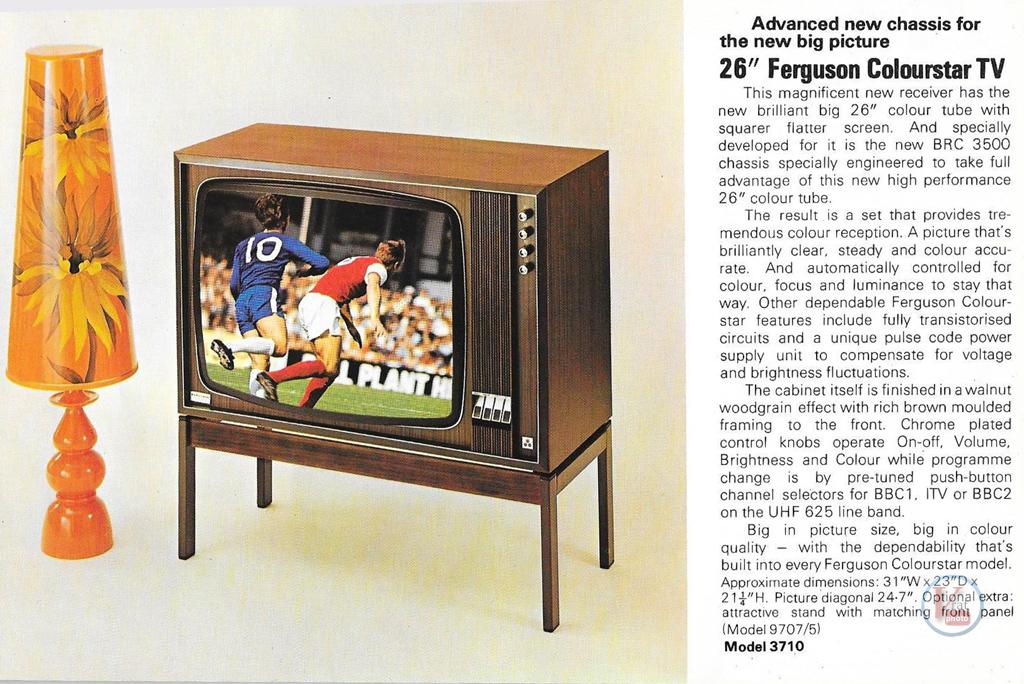 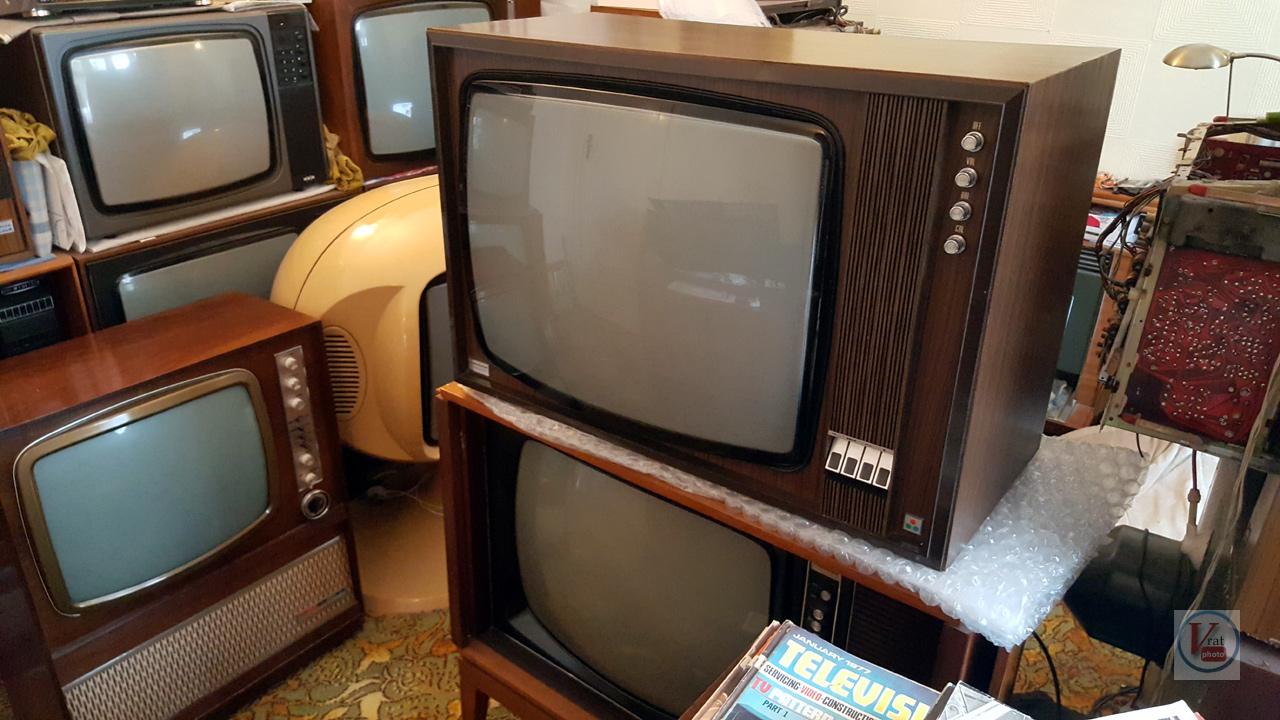 Overall the TV is generally in good condition.

The tuner is not working in as much as no channel selector will remain locked into position. This is due to the usual disintegrated washers and the method to repair covered in the link below.

Another thing noted is two of the A1 switches have been removed and replaced with wire links, this will be reinstated with stock from spares. The video module uses the thick film unit, these often give very poor grey-scale.

The left-hand chassis mounts have suffered damage in transit, despite the set being on a palette. The left-hand side vertical support has taken a blow and cracked away from the cabinets horizontal cross members. This should be a relatively easy fix, just glad it appears the CRT neck was not damaged when this happened. 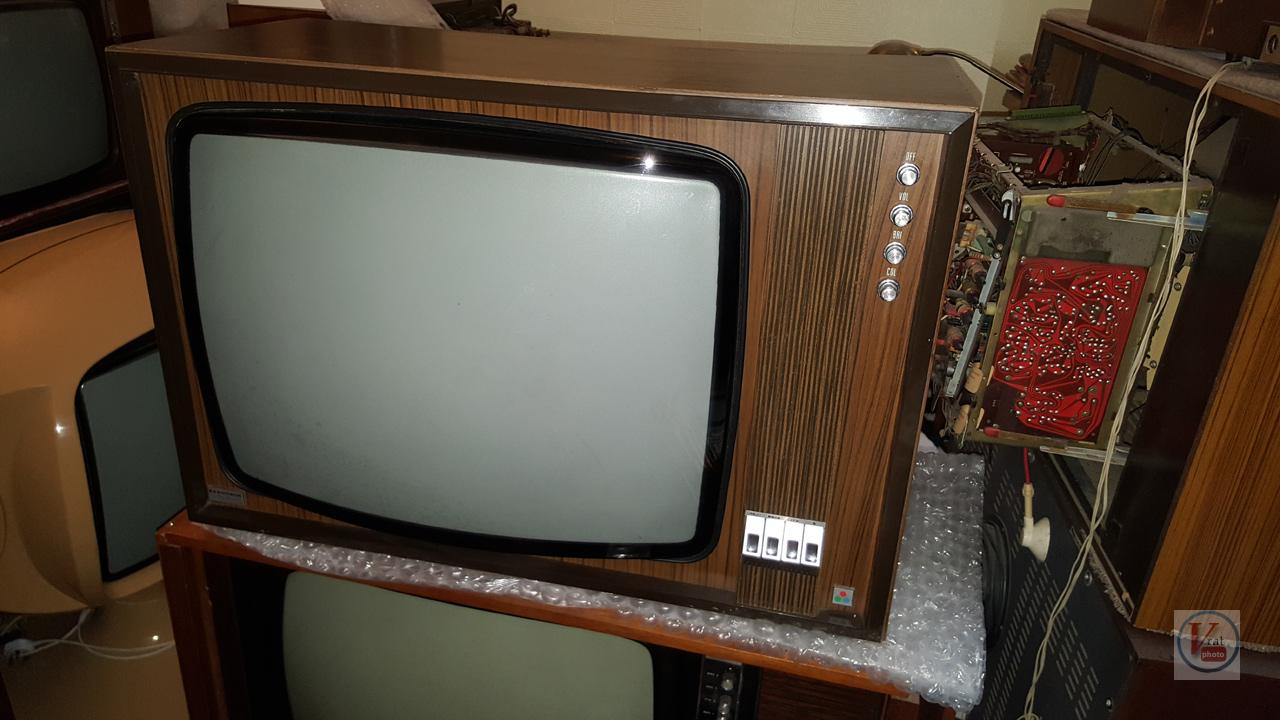 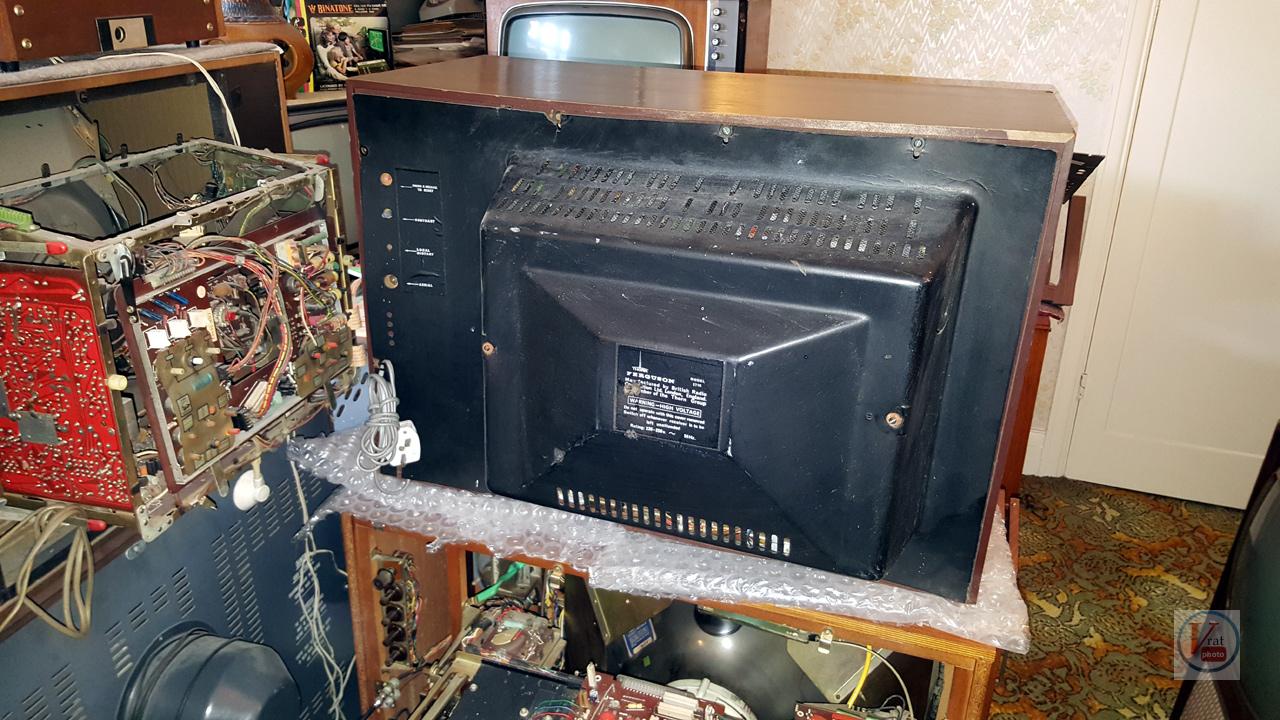 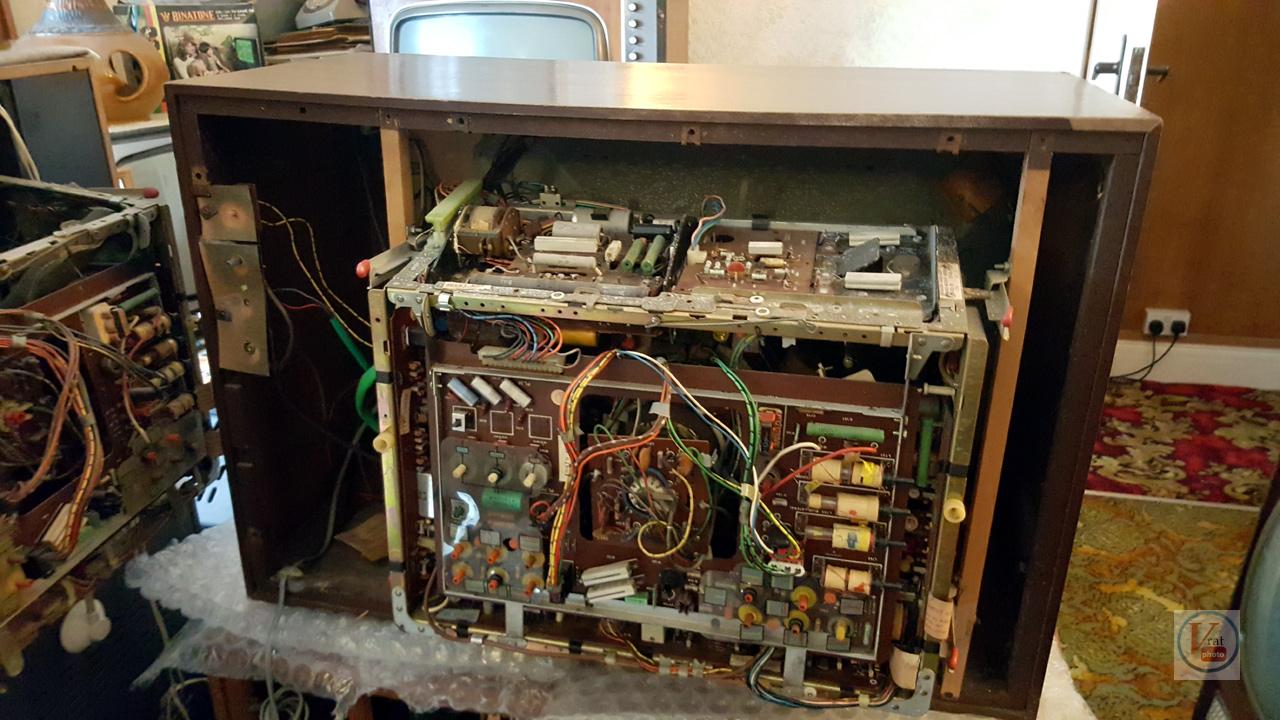 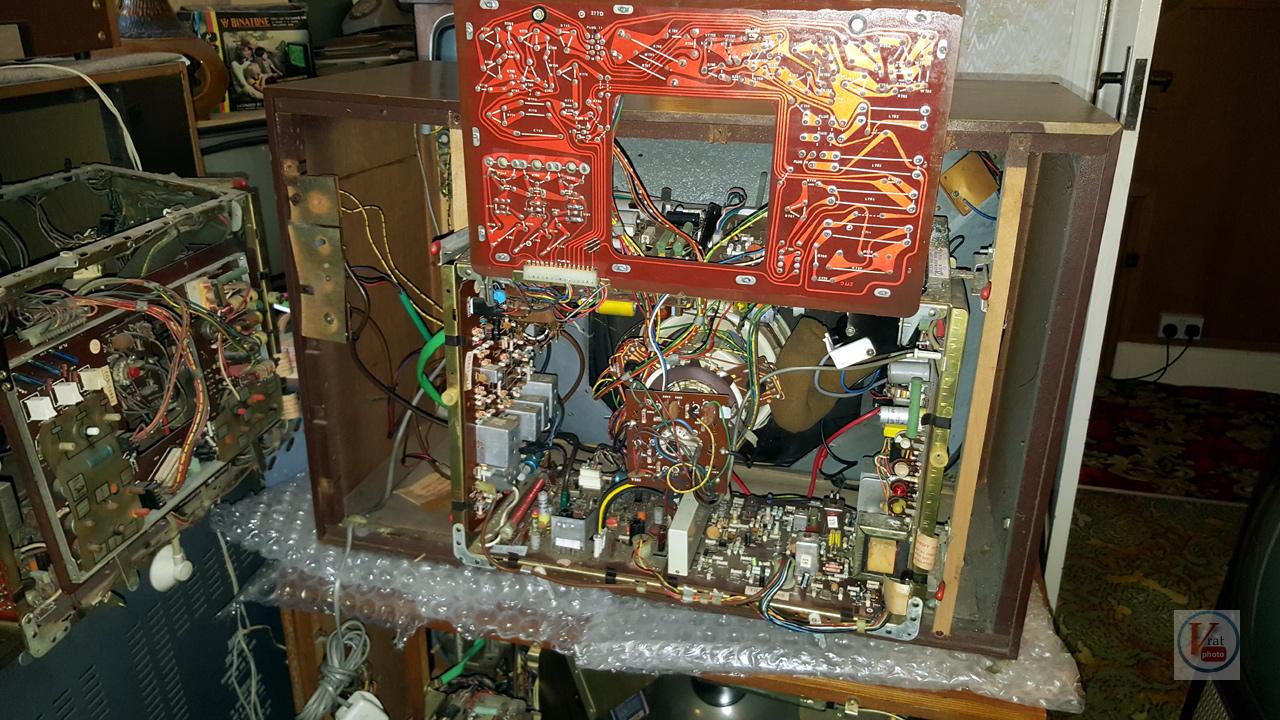 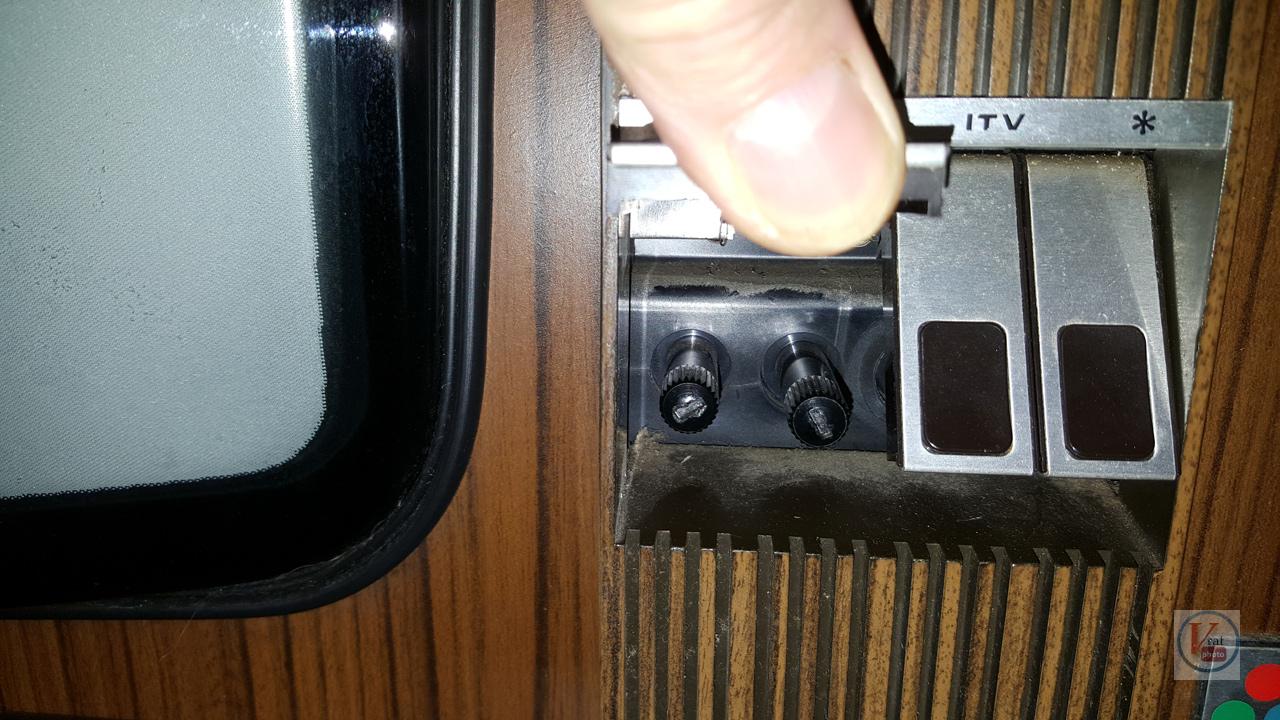 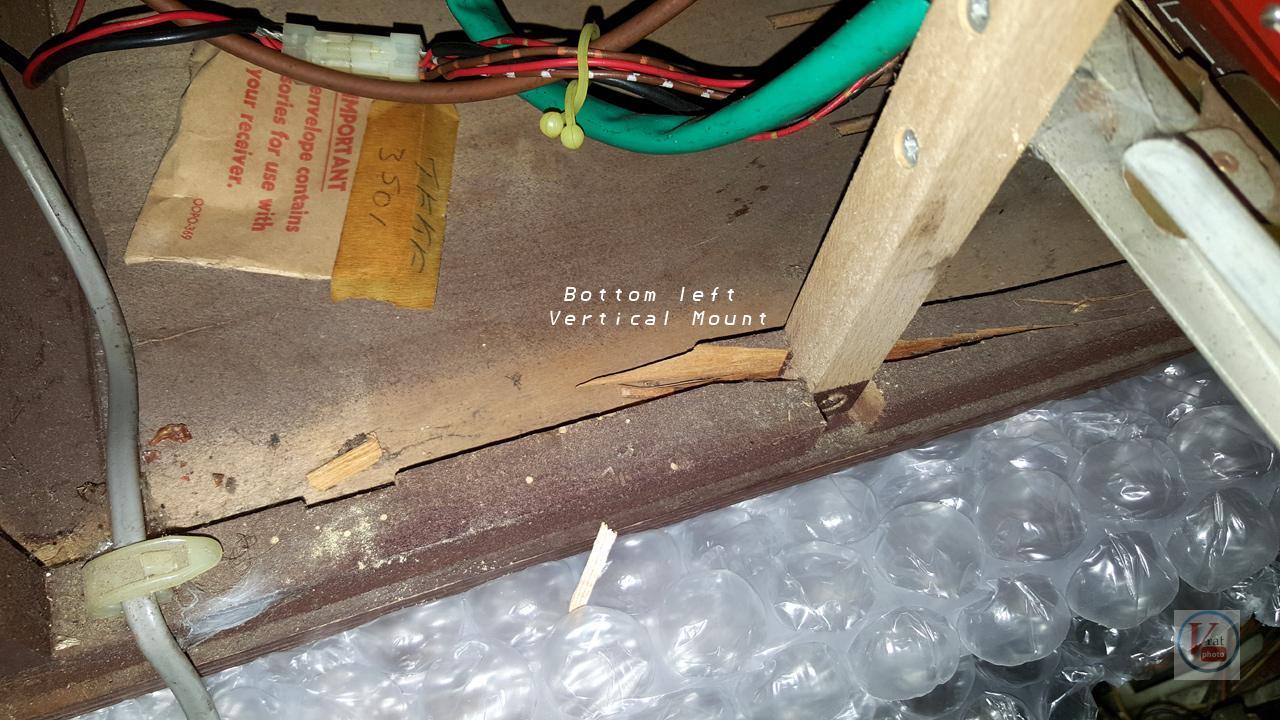 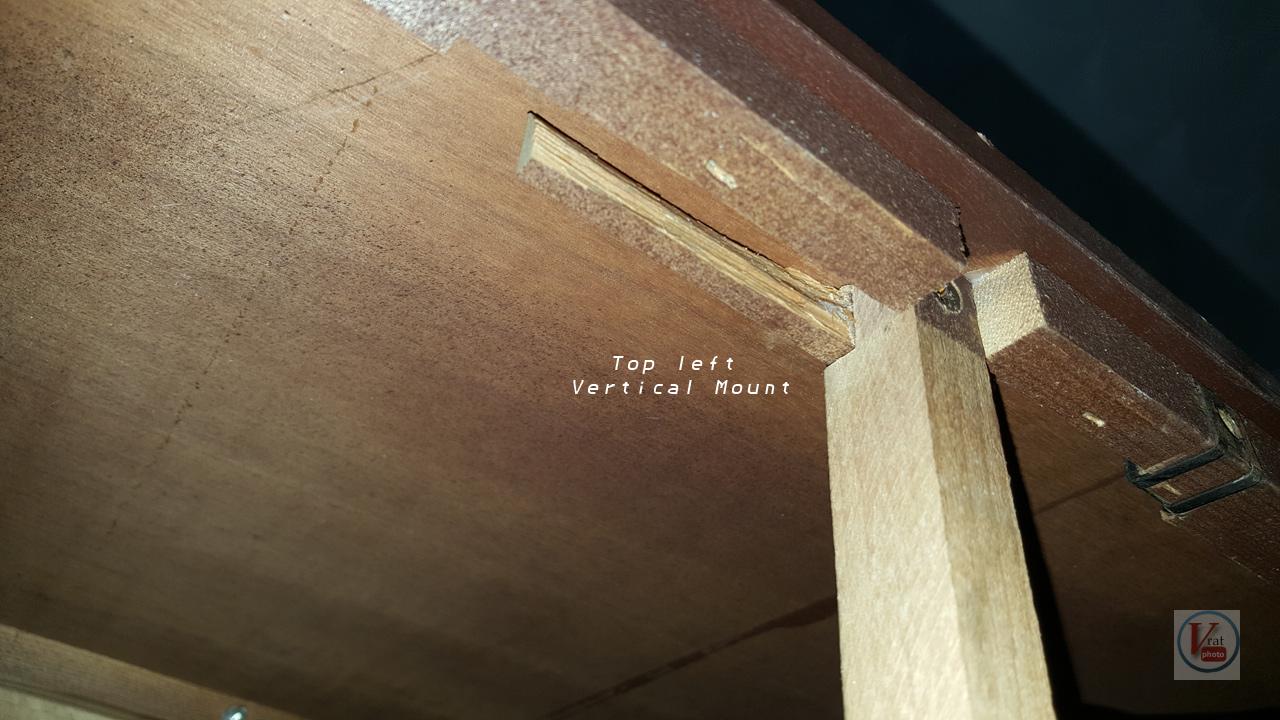 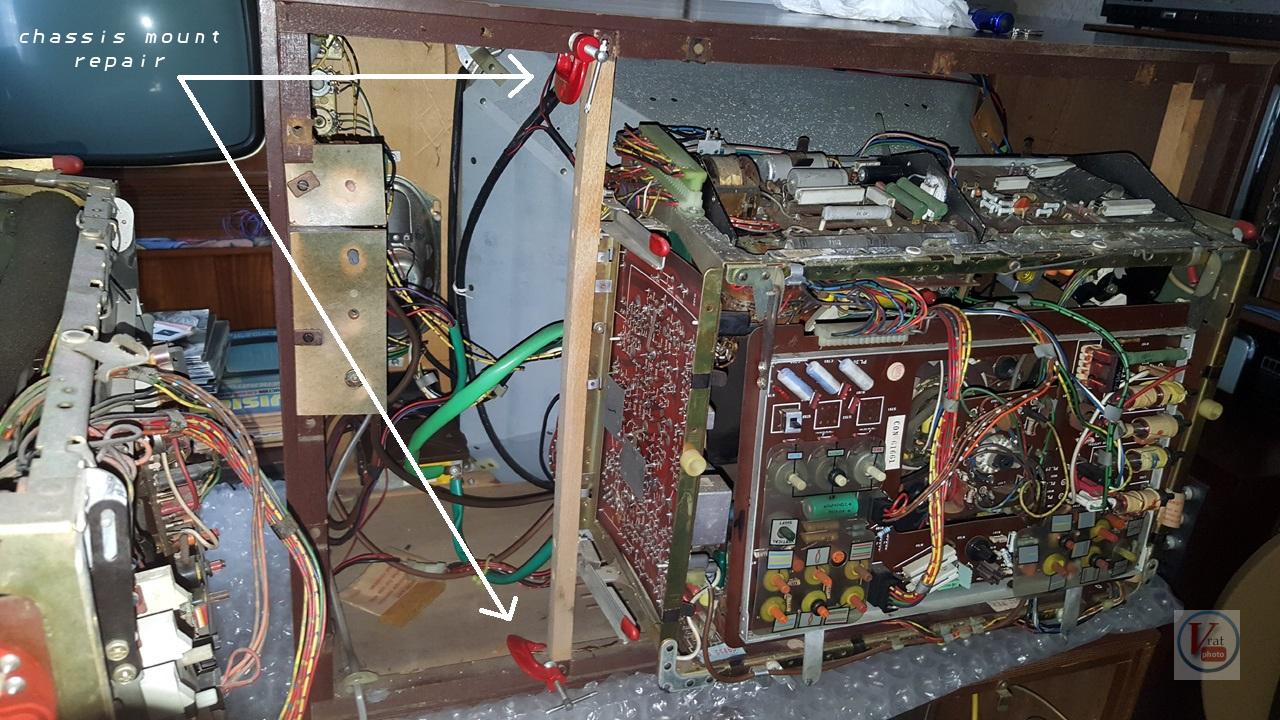 Next job is to remove the tuner dismantle it and perform the washer replacement. Then the CRT will be tested shortly thereafter.

As suspected the tuner is suffering from the dreaded Thorn washer disease. As mentioned above this is a really simple fix and the link how to do so is above so I will refrain from boring you with the detail. I will just show the picture as it is now and then one after I have repaired it.

The second picture below clearly shows the extent of the washer degradation, none of the channel selectors will lock. 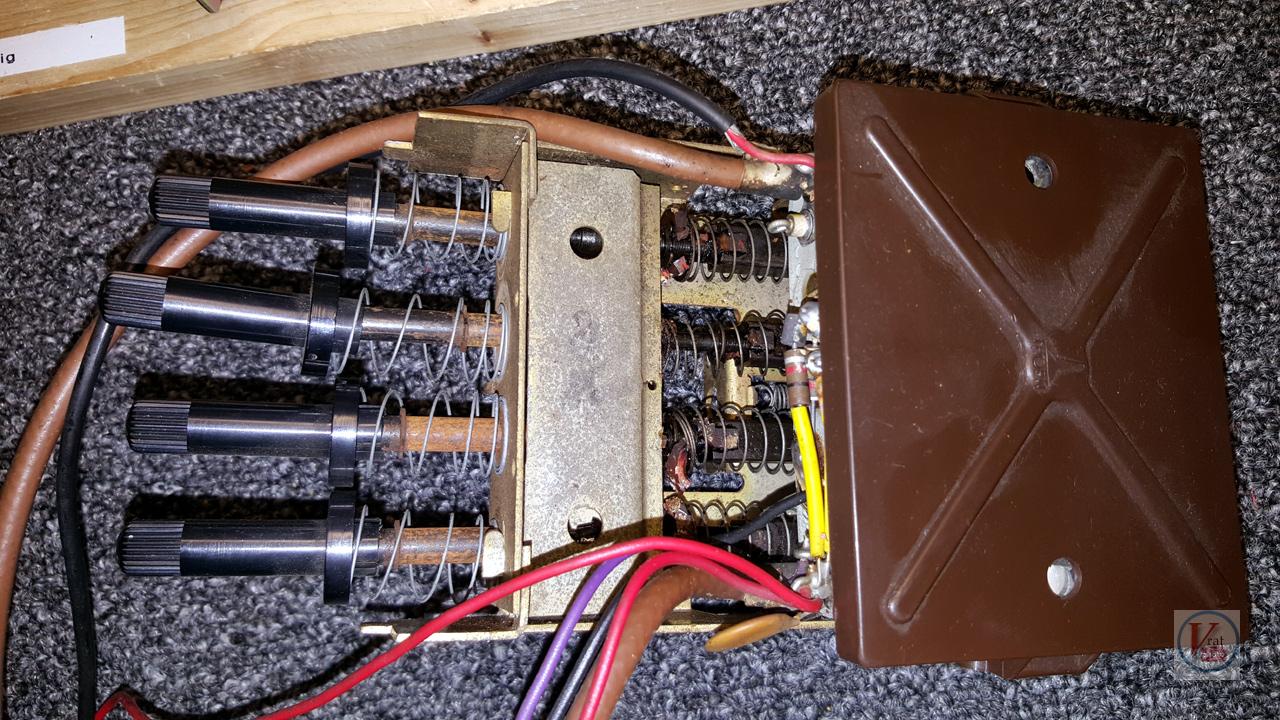 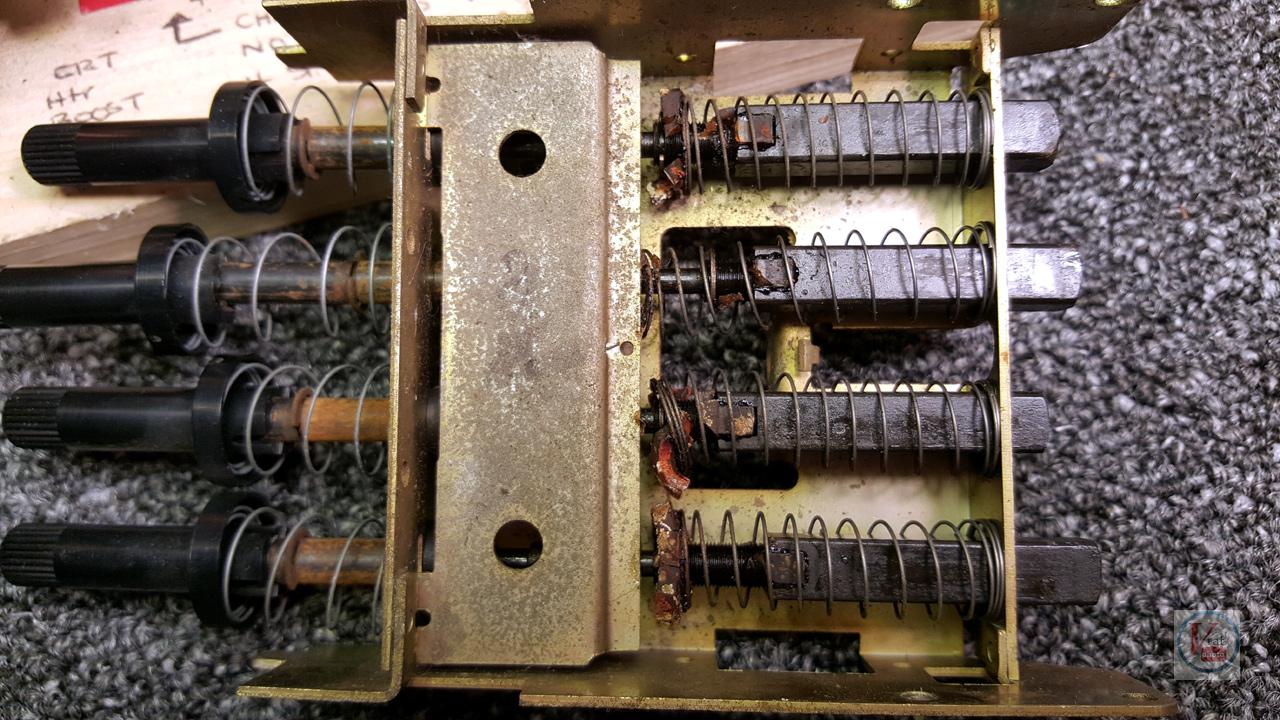 The Tuner dismantled, I think some service engineer in the past used cooking oil as a lubricant as the grease was thick and gooey. Now to clean, oil and fit new cups. 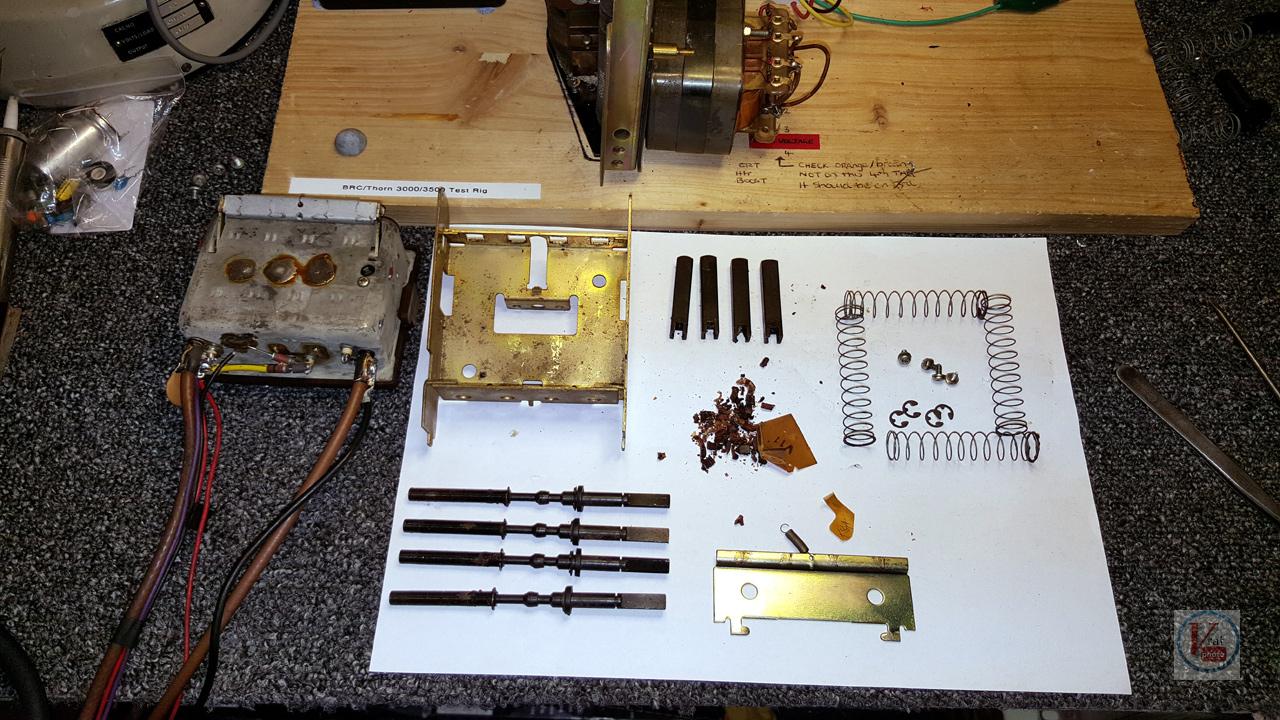 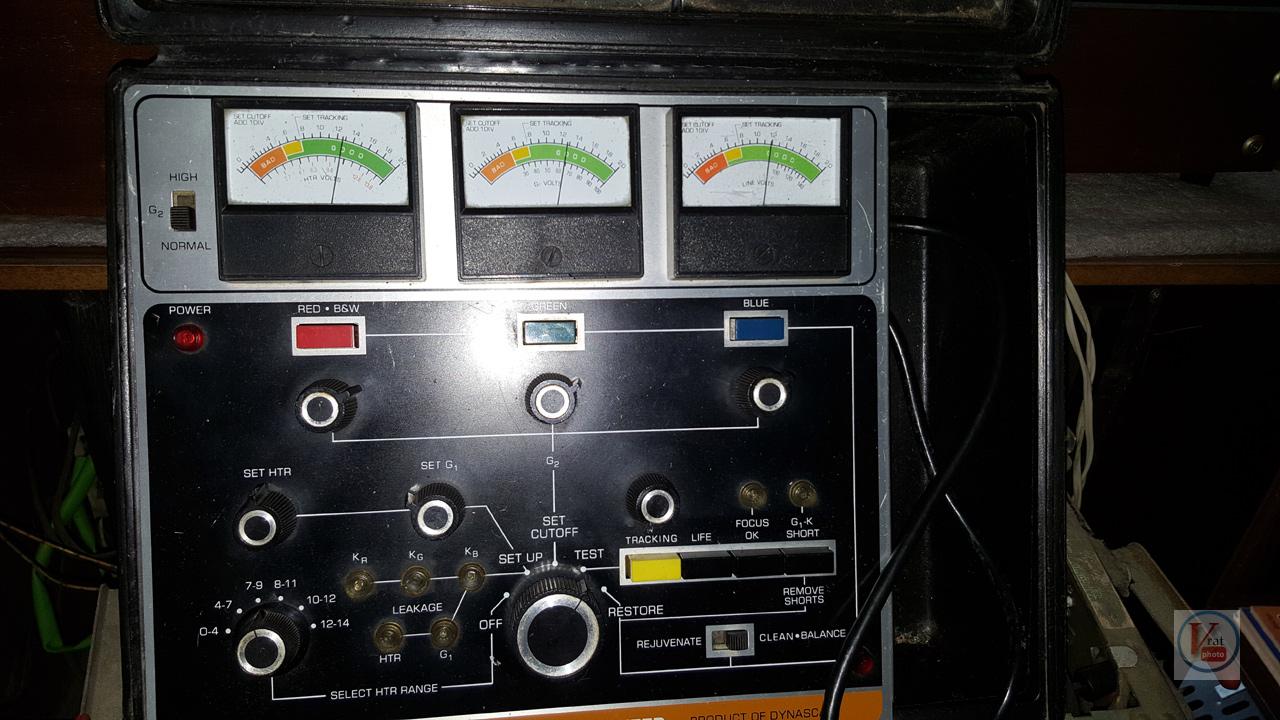 The new cups fitted and the tuning cores all oiled with fine clock movement oil. All that remains now is to reassemble and refit. 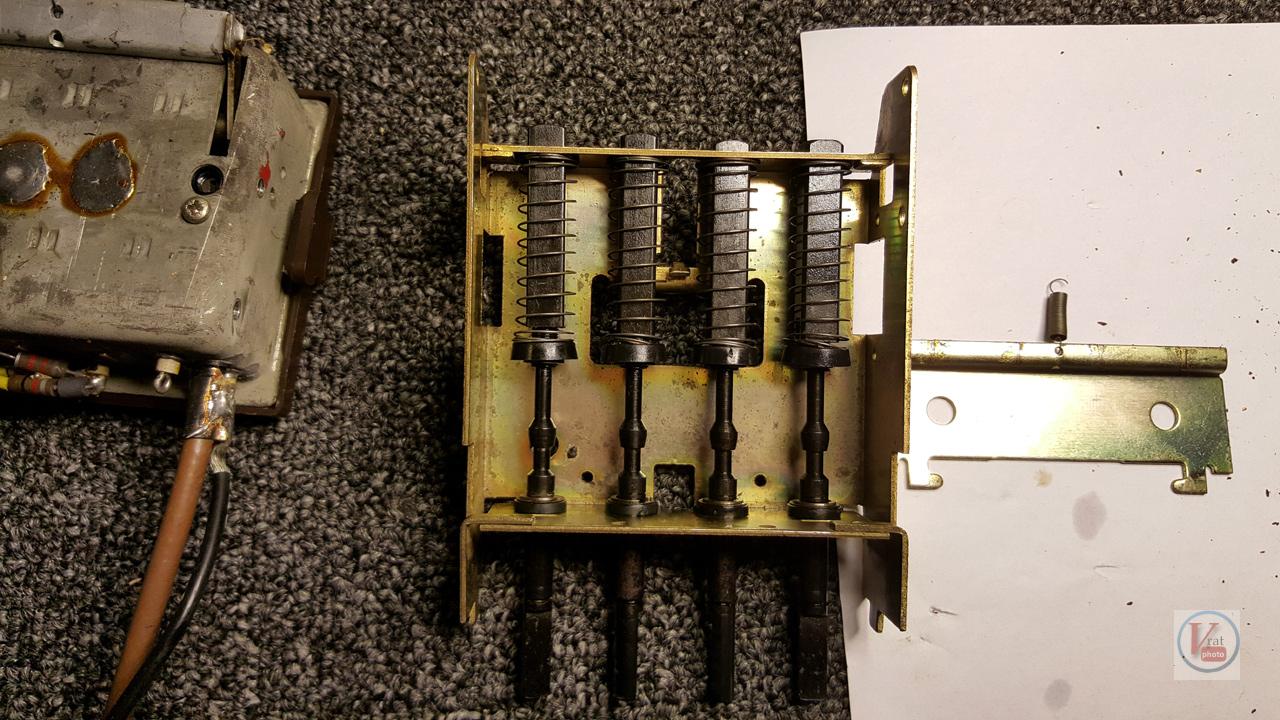 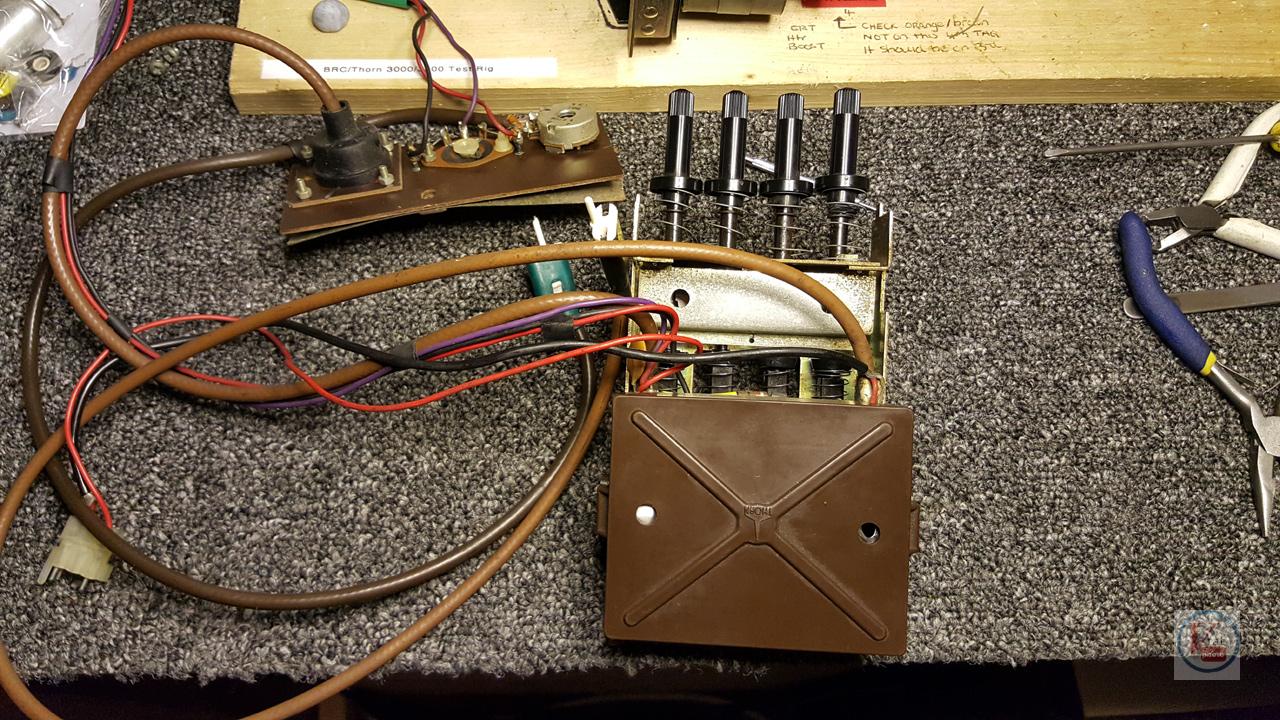 Repaired tuner fitted and it operates perfectly now, should give many more years service and far less likely to fail due to the better cups fitted.

As mentioned earlier in the blog, two of the A1 switches had been linked out on the convergence panel. This is normal, when the A1 switches fail and a replacement is not in stock, engineers would often link them out. Basically a wire link is installed to make the switch connection in the permanent “On” position. What is astonishing is the wire links I found were just loops of solder !!!!

I have replacement switches in stock which I will in due course be fit, but for quickness to see what results I get on screen, I’ve temporarily installed proper “wire” loops.

The results are fairly good, the picture is a bit grainy, we have very poor grey-scale and there’s some convergence to sort out. I think a lot of the problems on picture quality are due to the thick film unit on the video module. These film units were very unreliable and I’m sure I can see some grey-scale shifting going on which is very indicative of the module problem.

I do have NOS film units in stock, I will make the decision later as to whether I just replace the current one with a new film unit or revert the video module to the earlier configuration which employed six individual resistors. Three 12K 7W and three 56K 1W. I covered this mod in another blog article which you can read here. 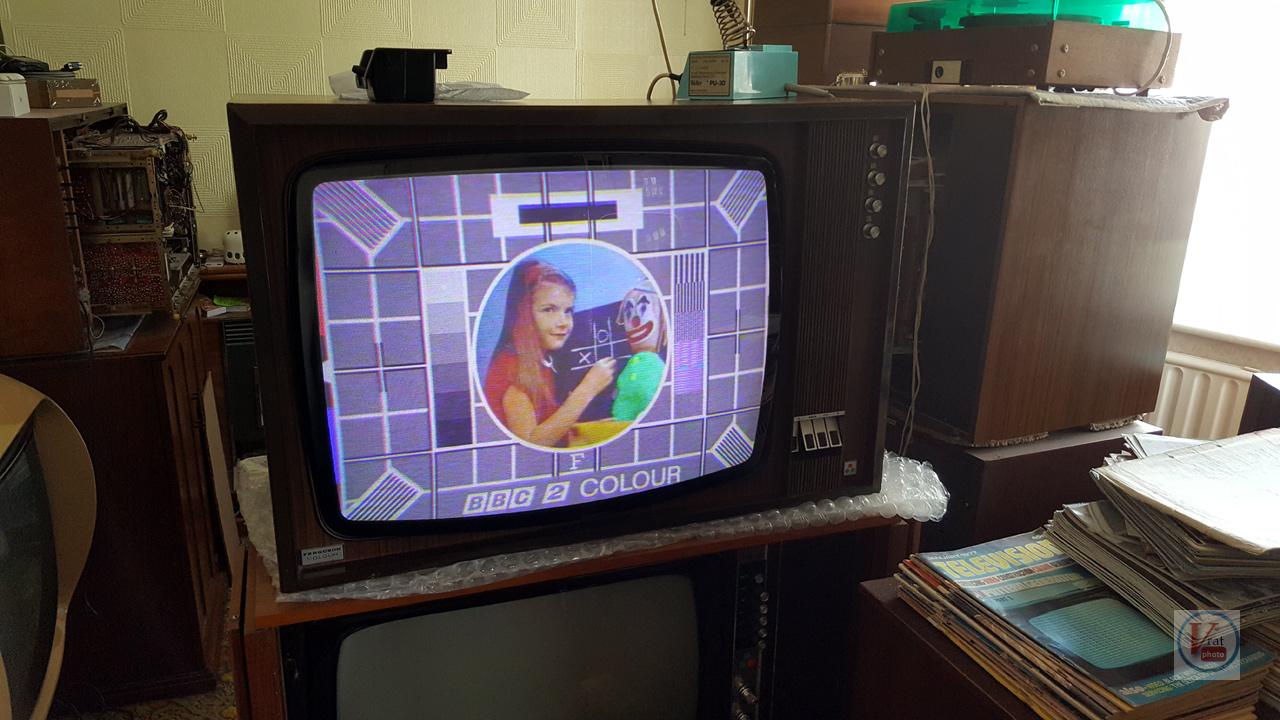 Are the joints just glued or did you put screws in as well? You certainly like the Thorn sets Chris.

Hi Frank, it was glued and screwed.

I see you have the set now then. the broken chassis supports were there when I bought the set in 2005 and the tuner was in that state just as you found it. I wasn’t impressed with the description of it to be honest. and I got the set from dave newman of all people and according to others I should have expected better. but I suppose it could have been worse..

Well, that’s looking rather good to me. I was a bit worried about the CRT as for some reason the A67-120X although giving good readings on the B&K in reality could look rather poor. Is it a re-gun or original?
As for your Thorn collection I’m biased but I certainly think you should try to obtain a TX10, in my opinion it was the pinnacle of Thorn CTV design. They were extremely reliable apart from the very first models with the MK1 focus unit which used to suffer from EHT flashover and also the short lived early 30AX Mullard CRTs . The TX100 had an edge picture quality wise with the use of the new TDA3562A video/chroma IC but didn’t have the build quality, reliability wasn’t as good either mainly due to the poor Hitachi made LOPTs.

Choker that she suffered that damage Chris, don’t think I could of crated them up any better. It may have already been like it but I don’t think so. Shame to see those two sets go but I have too many big-uns here ! I have a 26″ ultra with a Nulife tube if anyone is interested still to go.