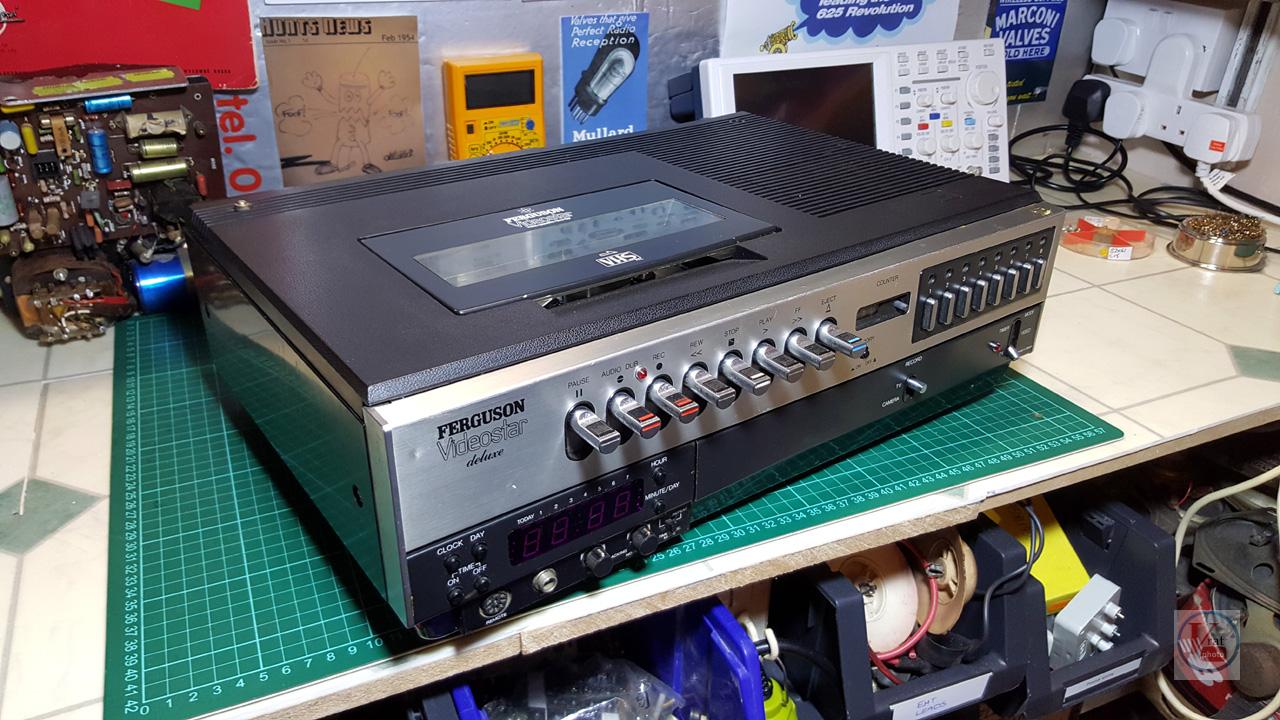 Back in 1981 I bought myself one second hand, still costing a small fortune,  earlier incarnation, the Ferguson 3292. I also have one of these on the to-do pile though It’s a little worse for wear but should be a viable restore.

In the meantime this Videostar will be up for repair. It’s the later 3V16 Deluxe version, in excellent condition physically and appears to be electrically complete but as expected, not working. When I say not working, I’ve done nothing other than give it a very scant inspection, powered it up to see if a tape is accepted, eaten, rejected or played. 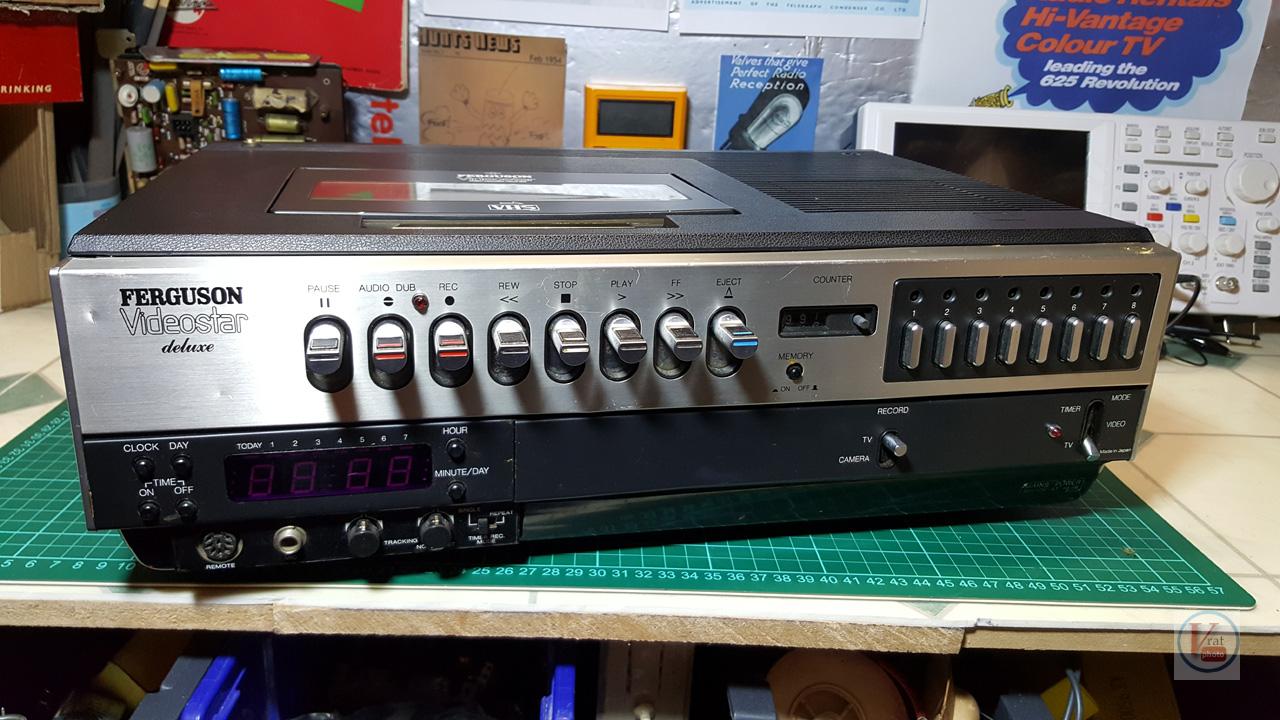 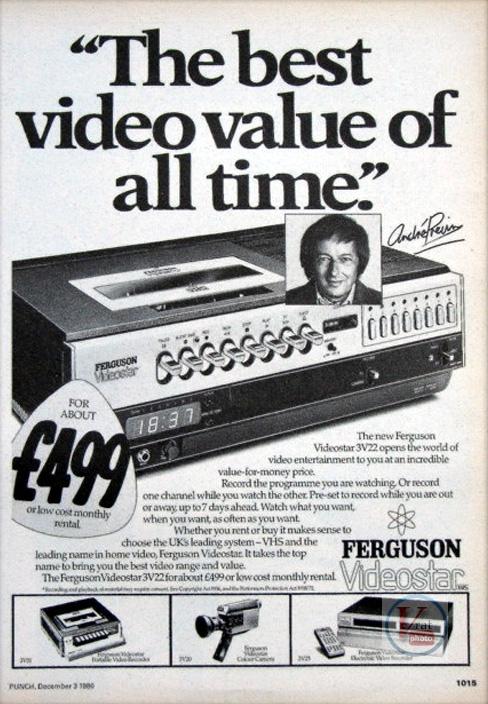 The results were un eventful at least in respect of damage to said tape. When inserting a tape and selecting FF/REW you can hear the motor spin but there is no tape movement, a few seconds later it shuts off the action but remains powered.

Likewise if play is used same result. I suspect its highly probable belt trouble though that’s a guess as I’ve already stated I’ve not investigated any further yet.  The reason for this being I wanted to get the service manual rather than trying to guess at disassembly. Having now obtained a manual (thanks to a guest pointing me to a copy) I can at least proceed. 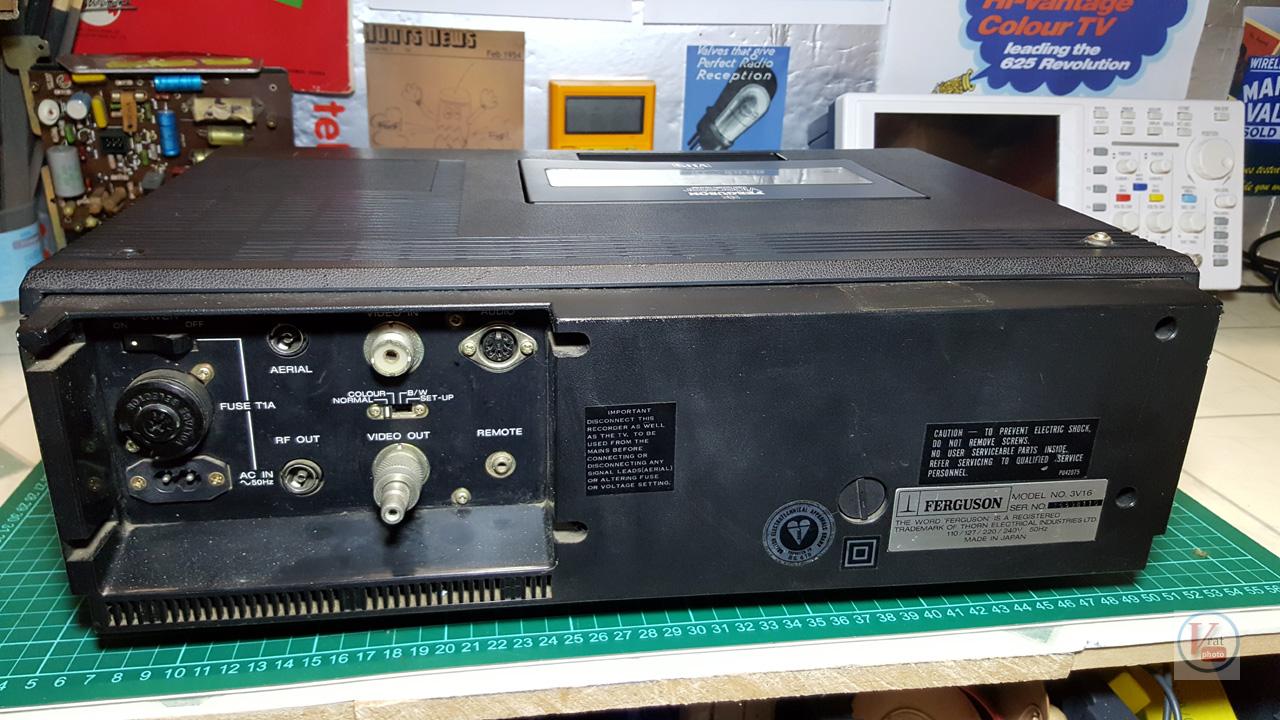 At the time of this blog, VCR repair is not  something I’ve ever undertaken as such this blog will be an on going “back burner” project, in between TV repairs so as to not get bogged down or despondent when things inevitably get a bit tough.

My hope is that I can get it working and in the process gain some valuable experience in VCR repairs. My goal is to also try to obtain an early Philips N1500 or N1700 to compliment my early colour TV collection. Hopefully experience gained on this will be a good introduction to Video repair in general and help should I ever be lucky to find one of the N series Philips players.

As mentioned above I have the earlier 3292 and a couple of other early 80’s VCR’s.

Started to have a look through the manual and wow its comprehensive, absolutely superb, they don’t do manuals like that any more. I also managed to pick up the JVC equivalent VCR service kit shown below. 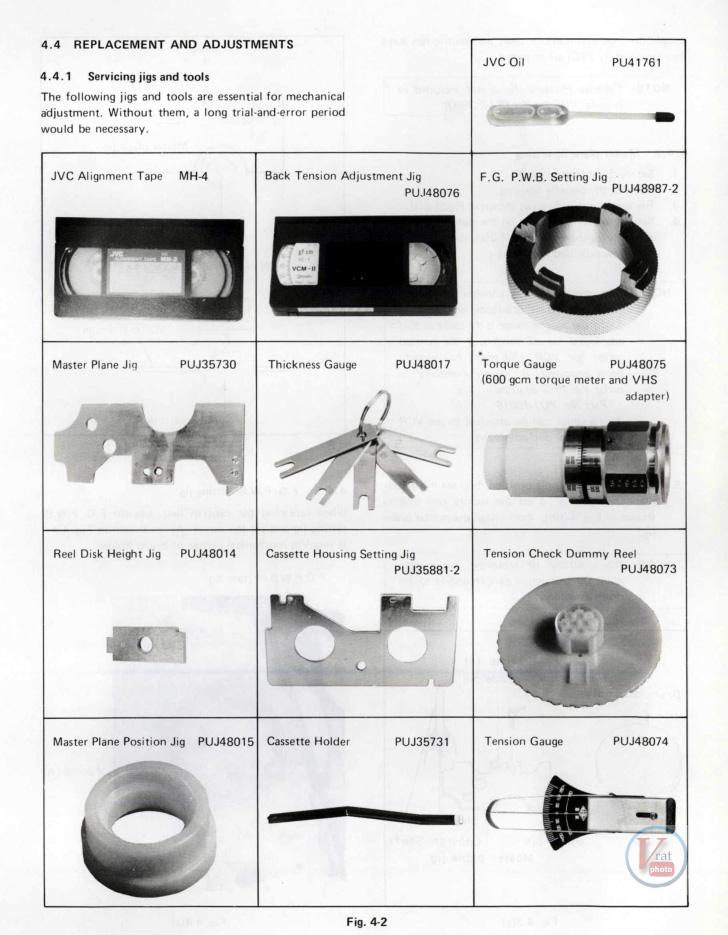 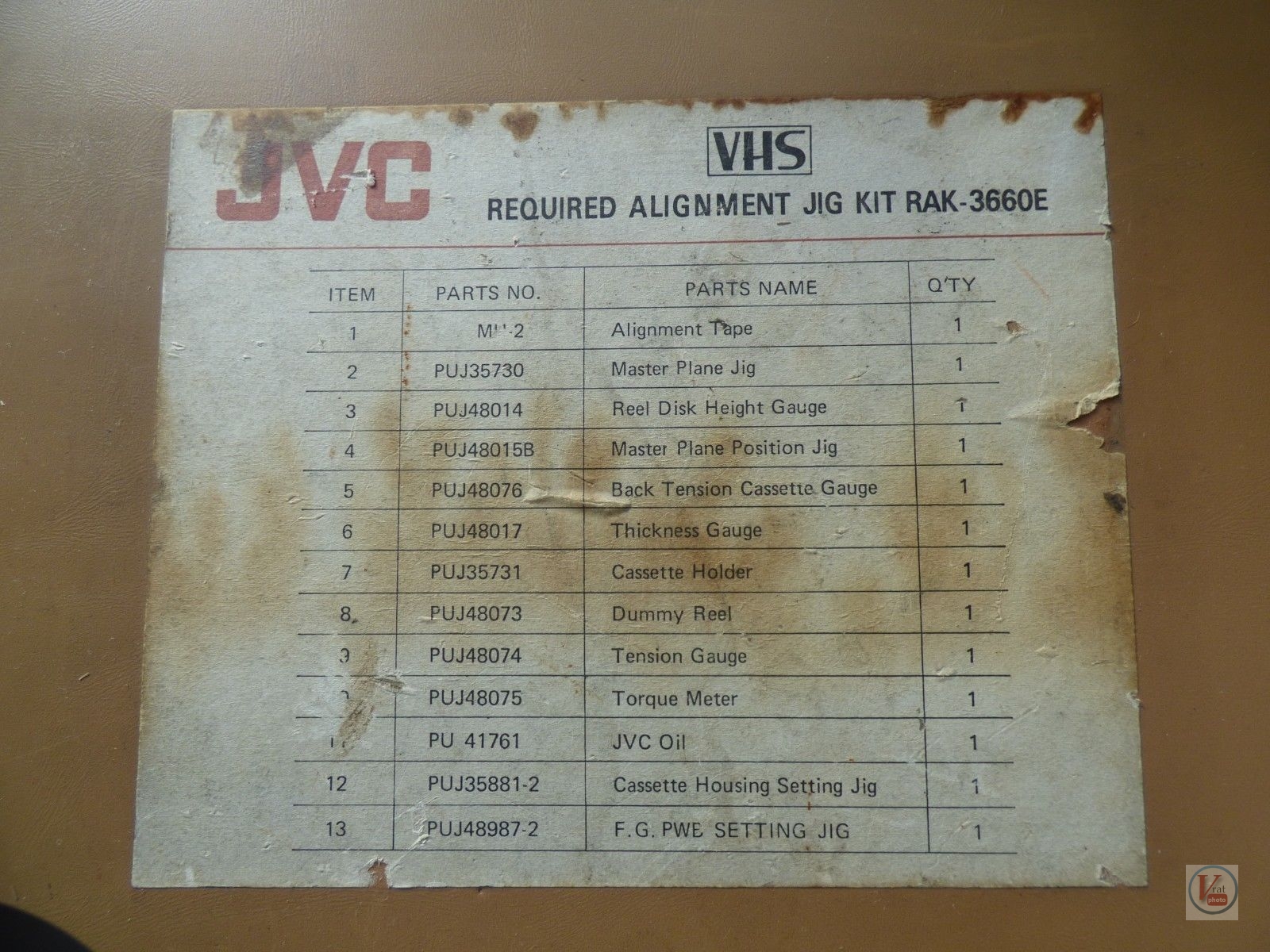 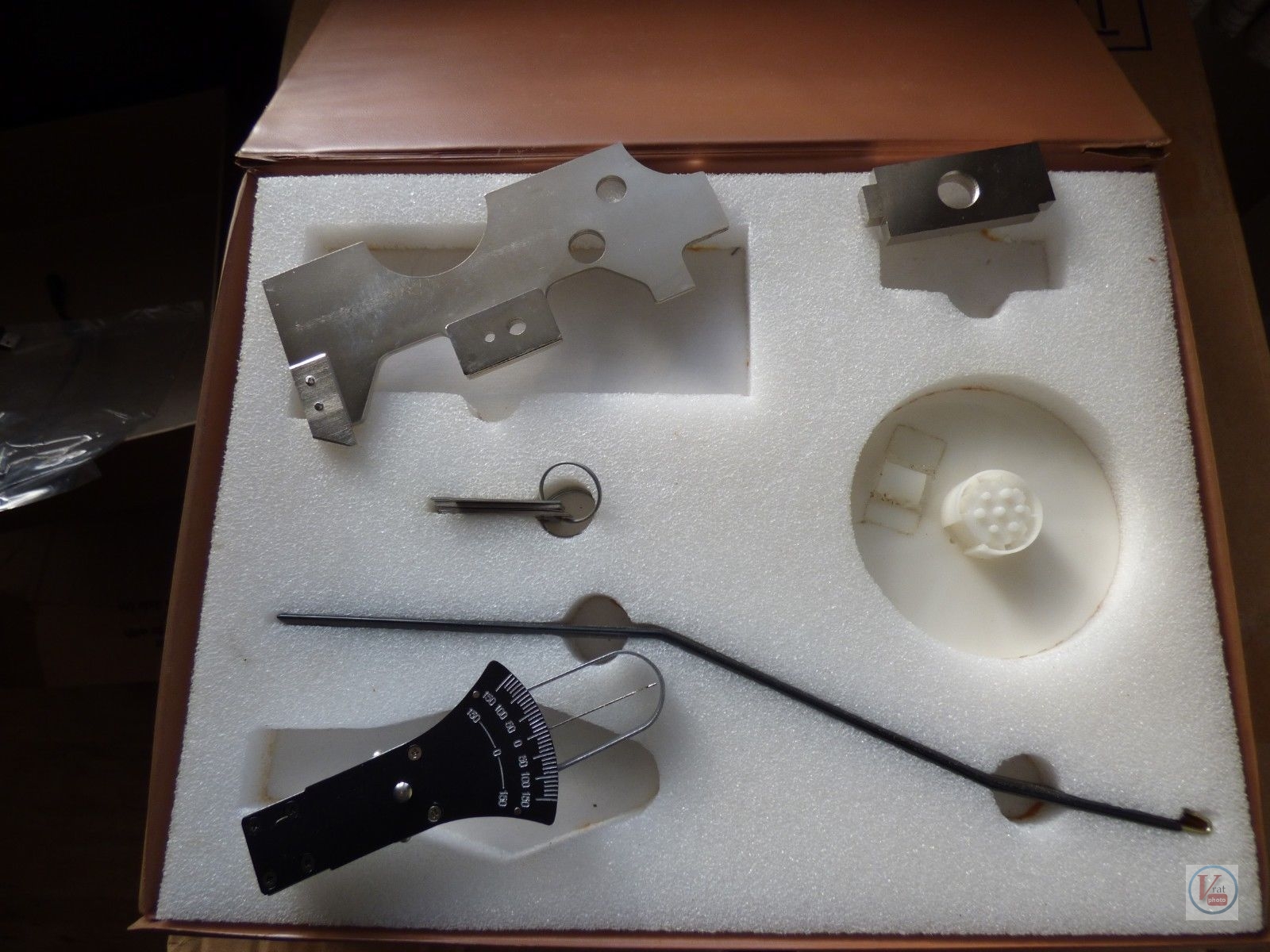 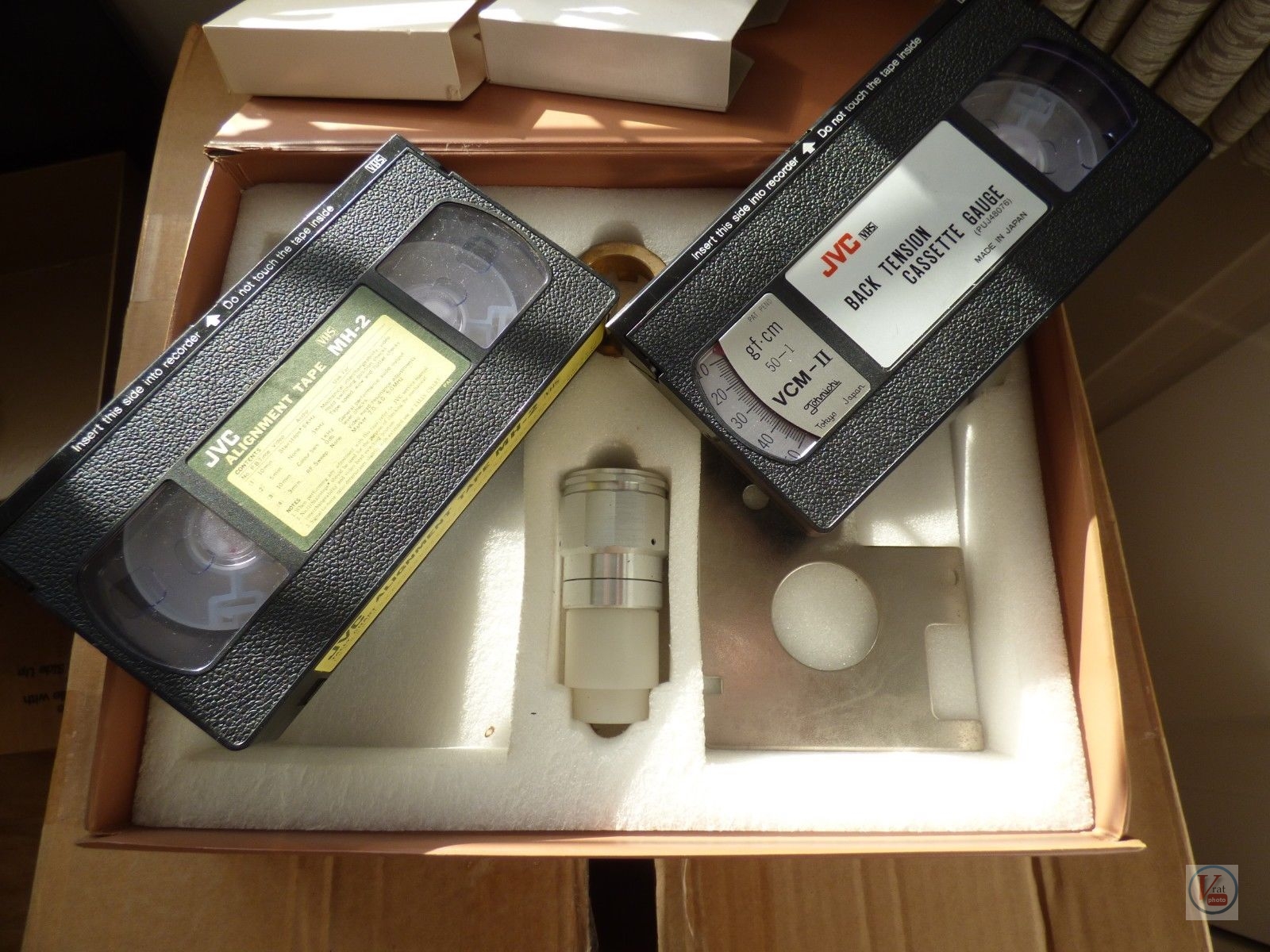 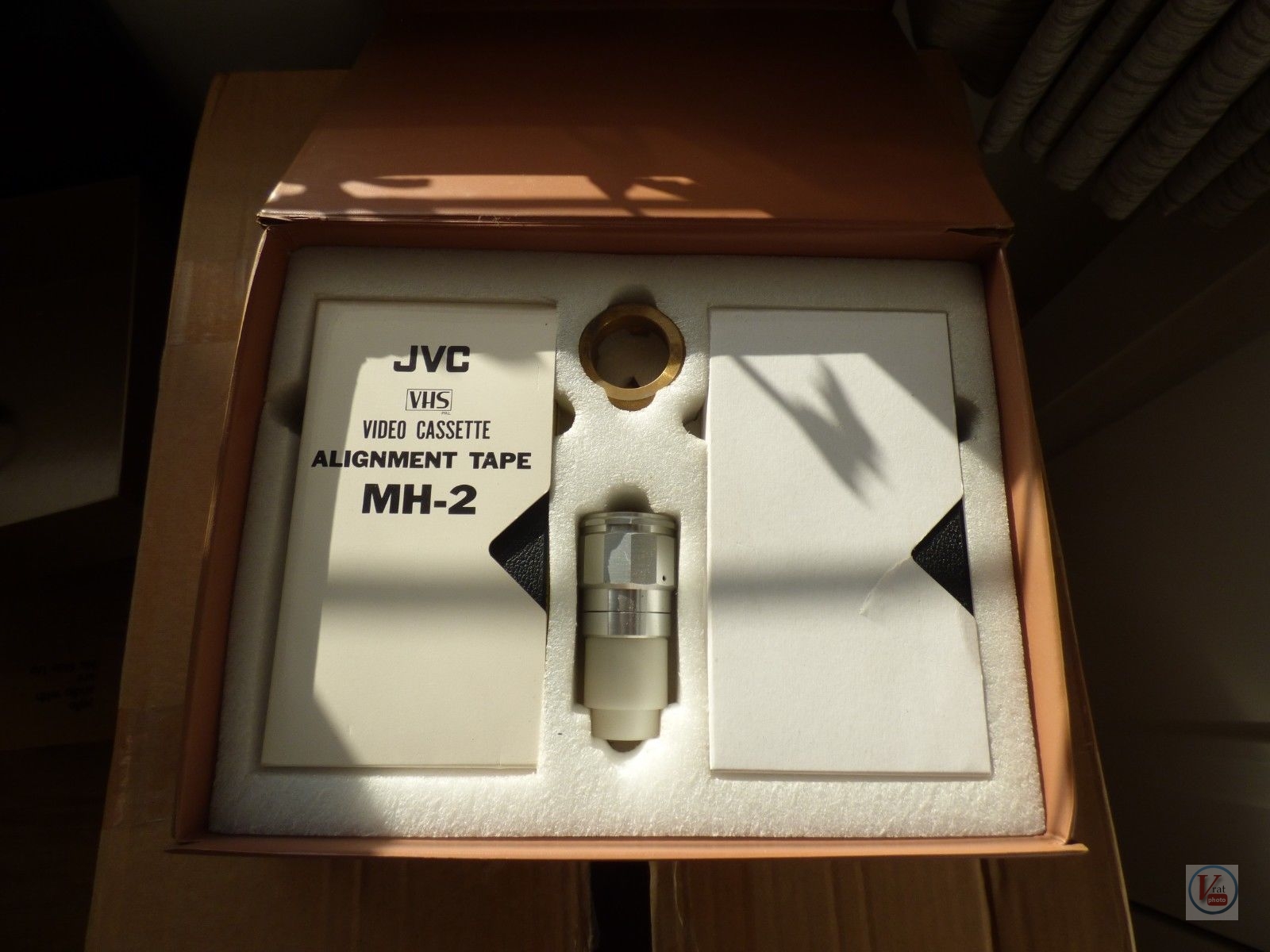 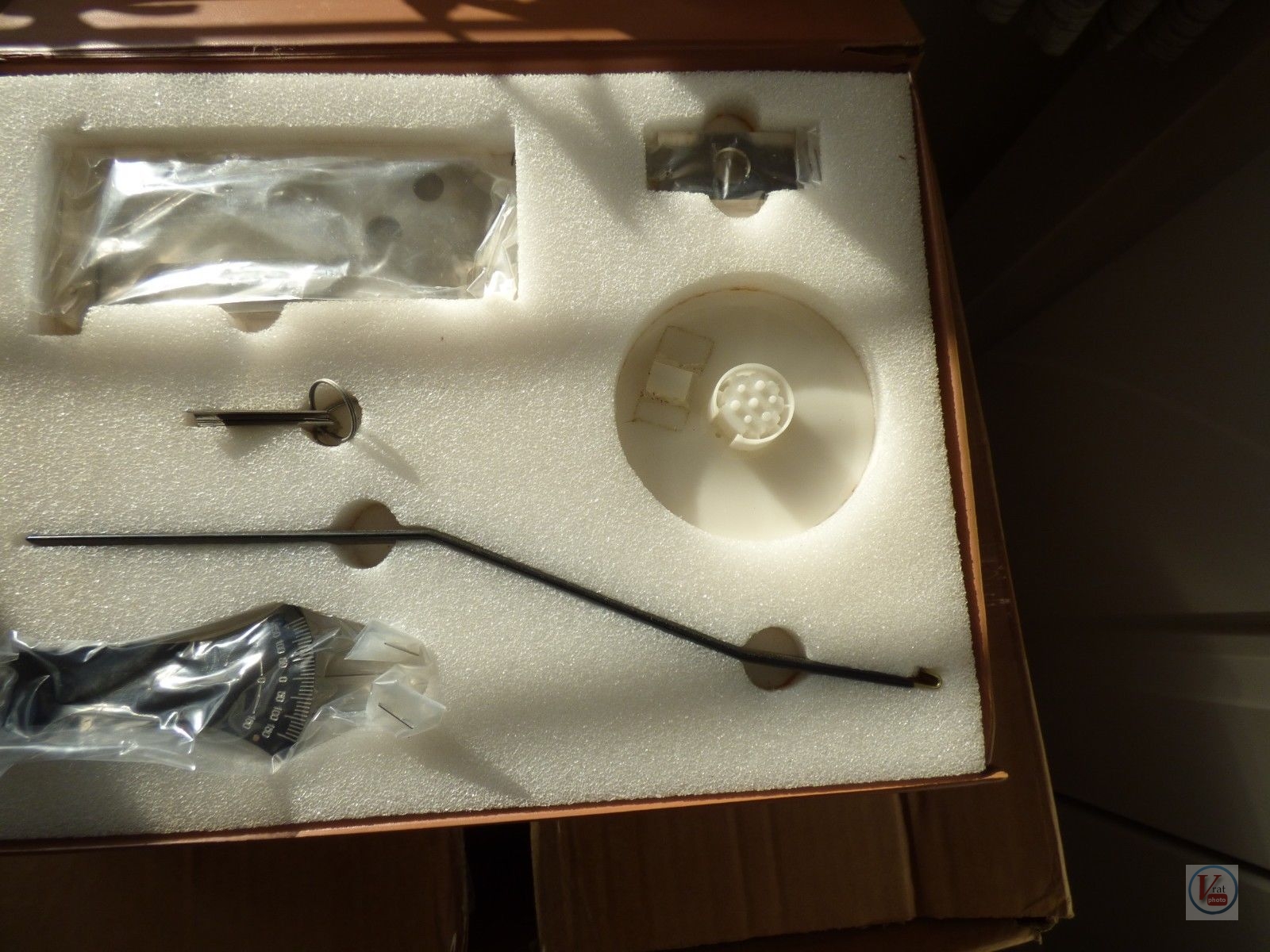 It would seem the relay belt to drive the cassette is slipping as is the counter. These were replaced and now I have partial operation restored.  The partial improvement? Now both wheels on the relay spin, the tape starts to advance when FF is pressed but it slows after a few seconds and the function stops. Tried rewind that does the same. I did note that each time it has improved a little. Would this be other belts slipping?

After a few attempts it now always rewinds. It will not FF, it starts, the tape advances a little the the function rejects. Pressing play does not make any attempt to lace up whatsoever. The underside belts, four of them look simple, all except one (Capstan belt marked in red). It shares the far right relay pulley but is a fat belt going to the huge capstan wheel, it looks a nightmare as I’m going to have to disassemble, that’s for update #2 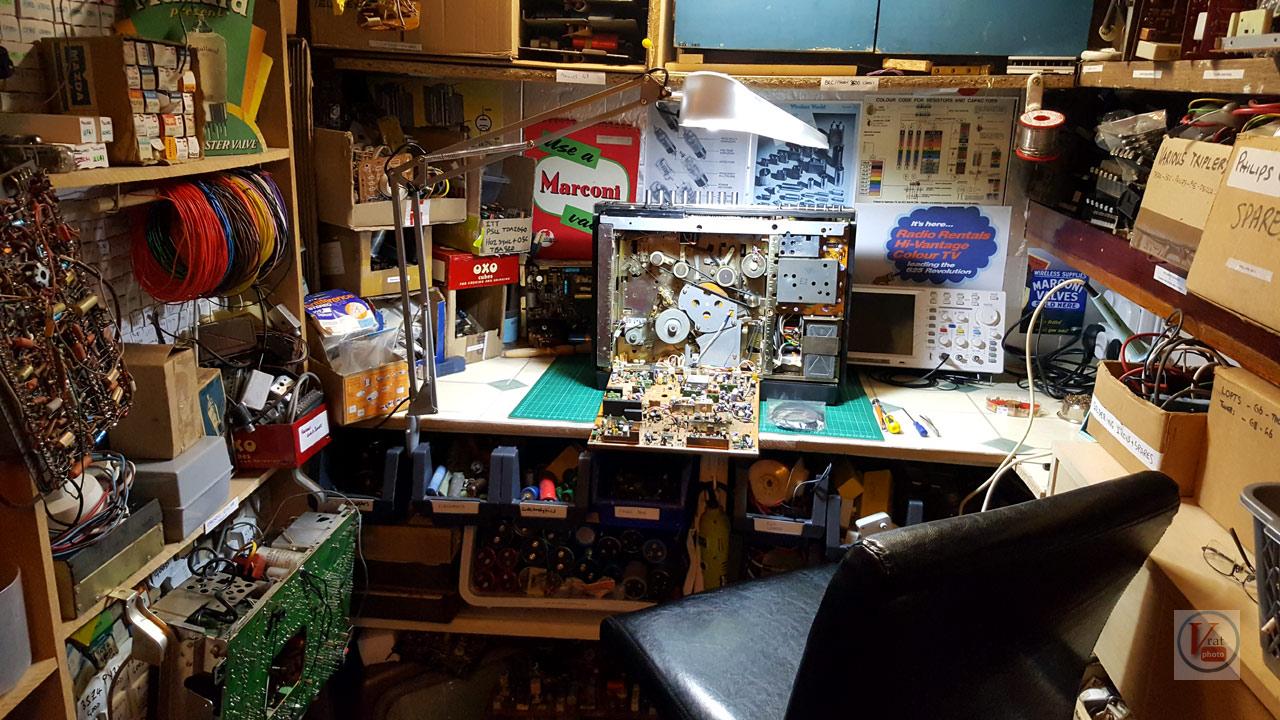 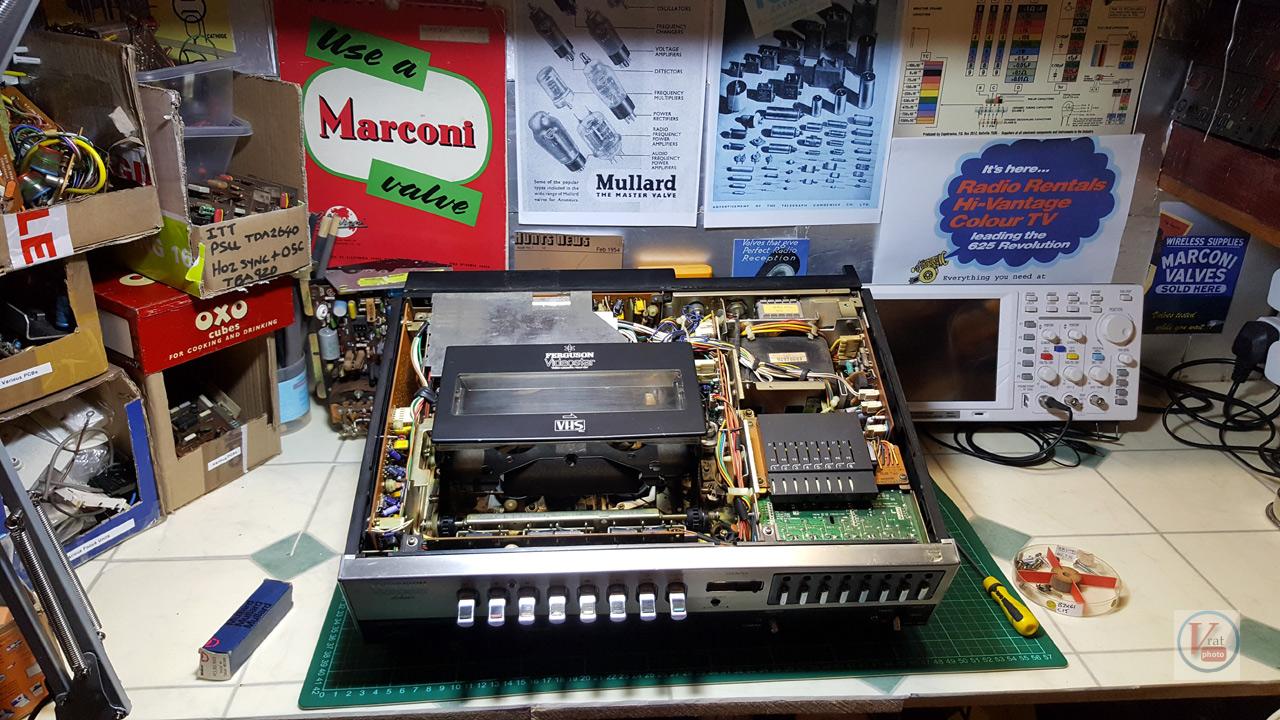 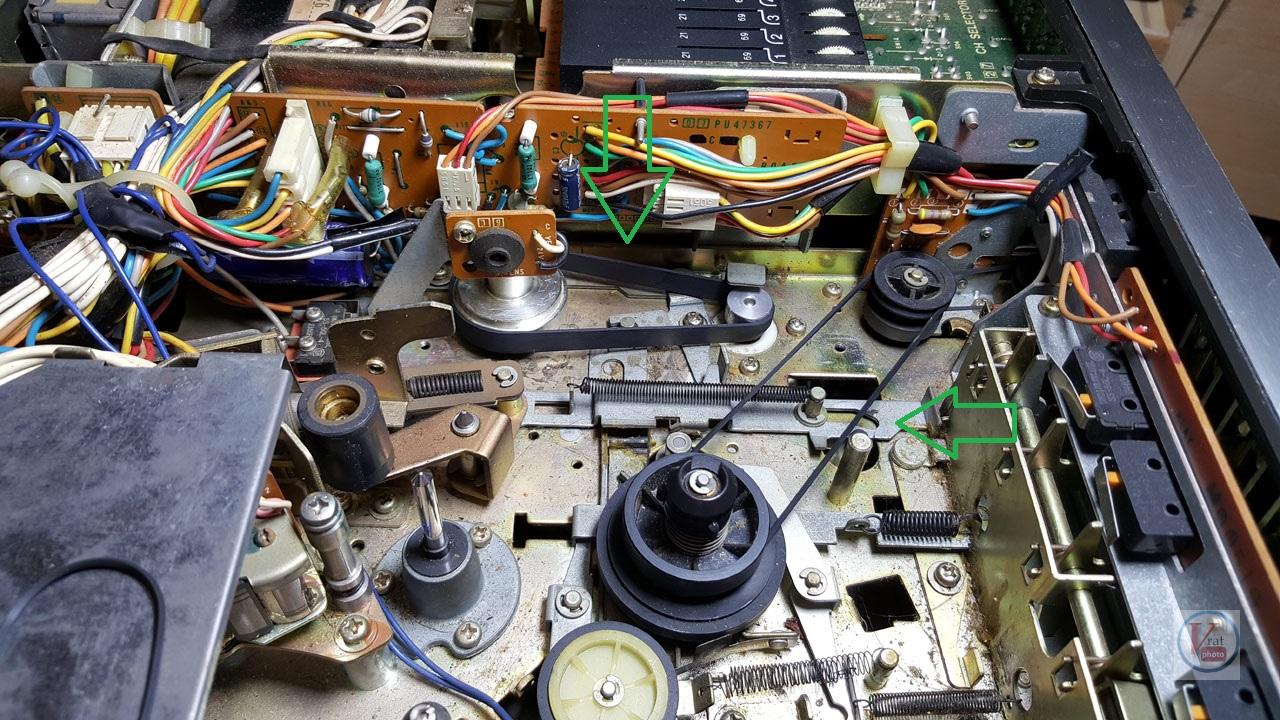 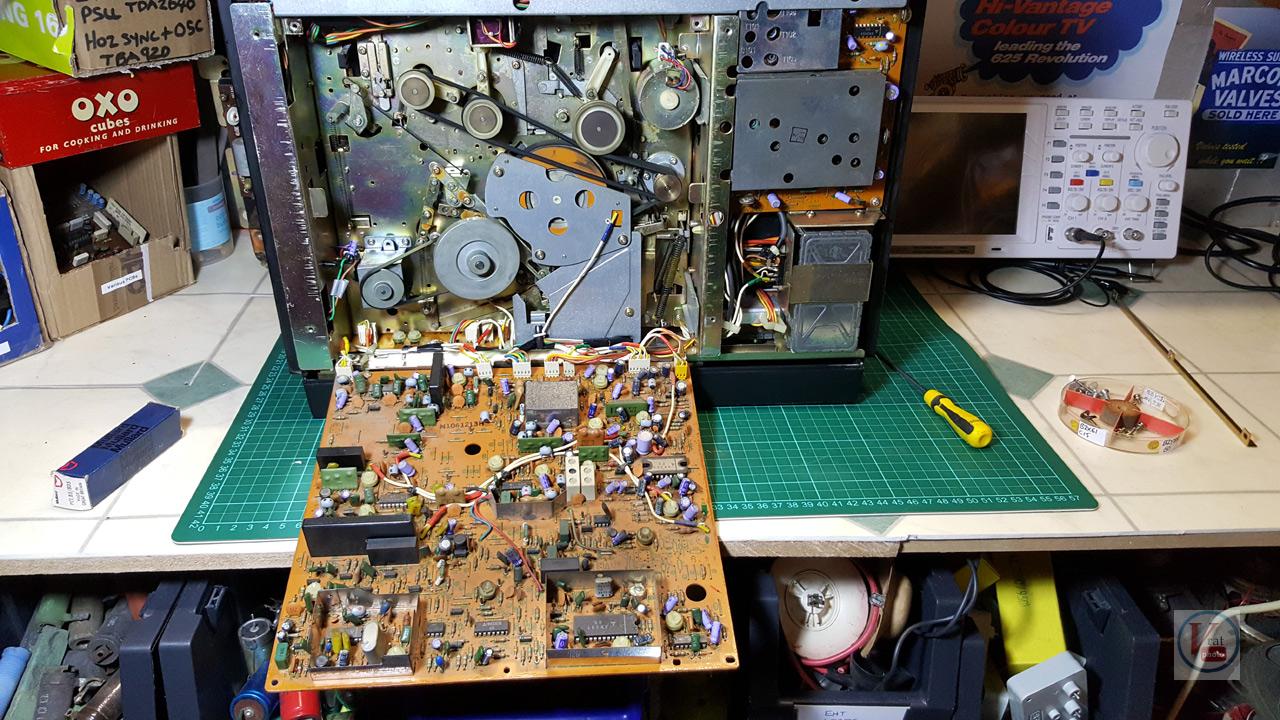 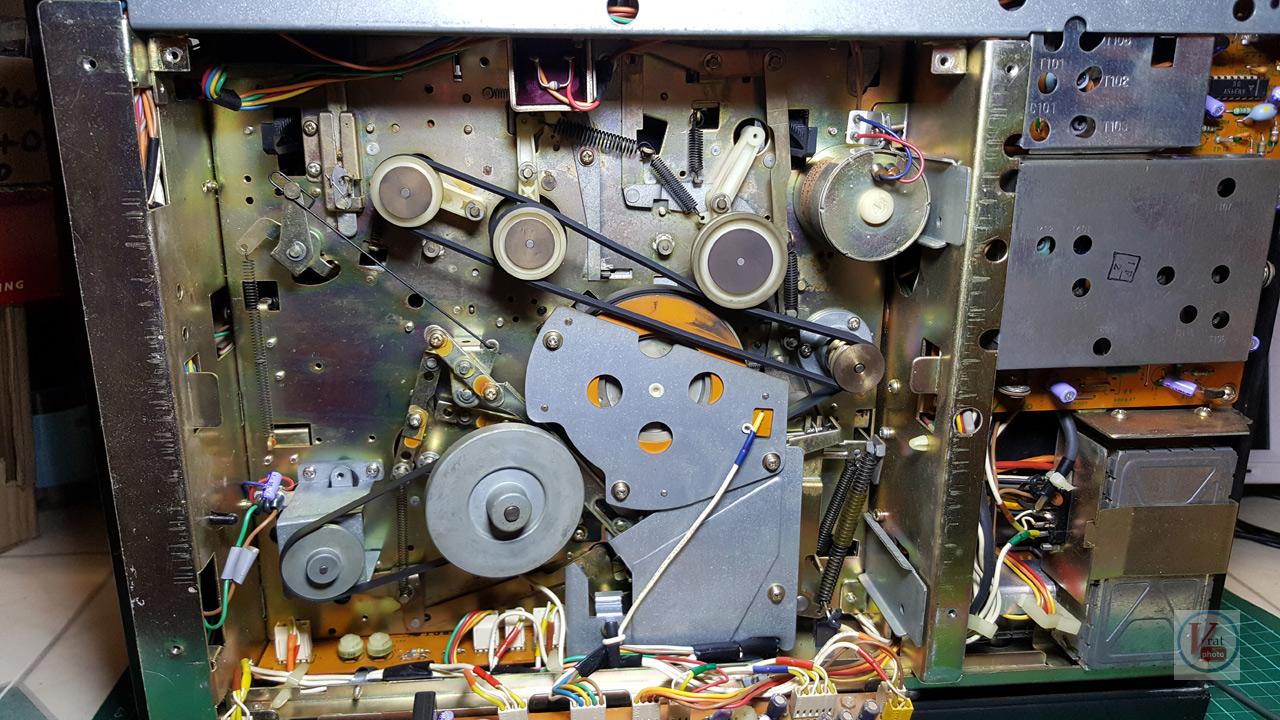 With the four belts fitted to underside and the three up top I’ve now replaced all seven. That’s the relay belt, capstan belt, drum belt. reel drive belt. unloading belt and counter belt. Happy to report the transport is working, rewind, fast forward and when play is pressed the tape laces up.

Next step is to hook a TV up and see what output I’m getting if any. 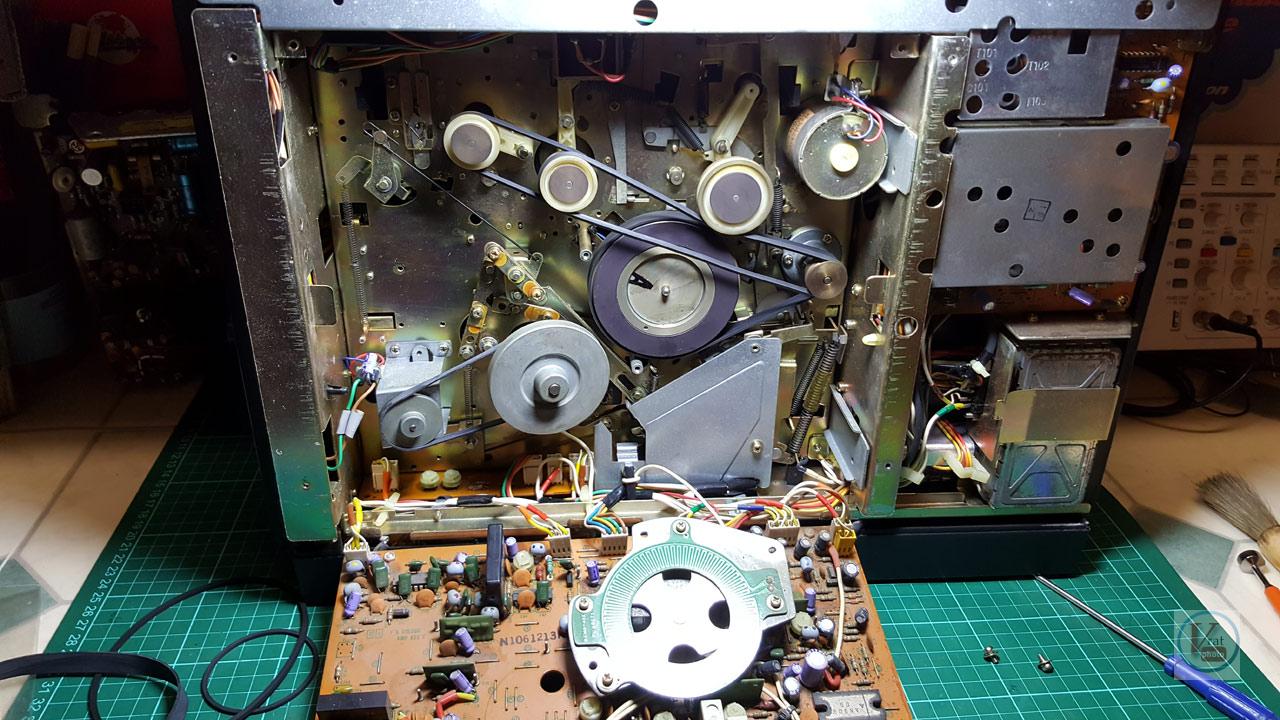 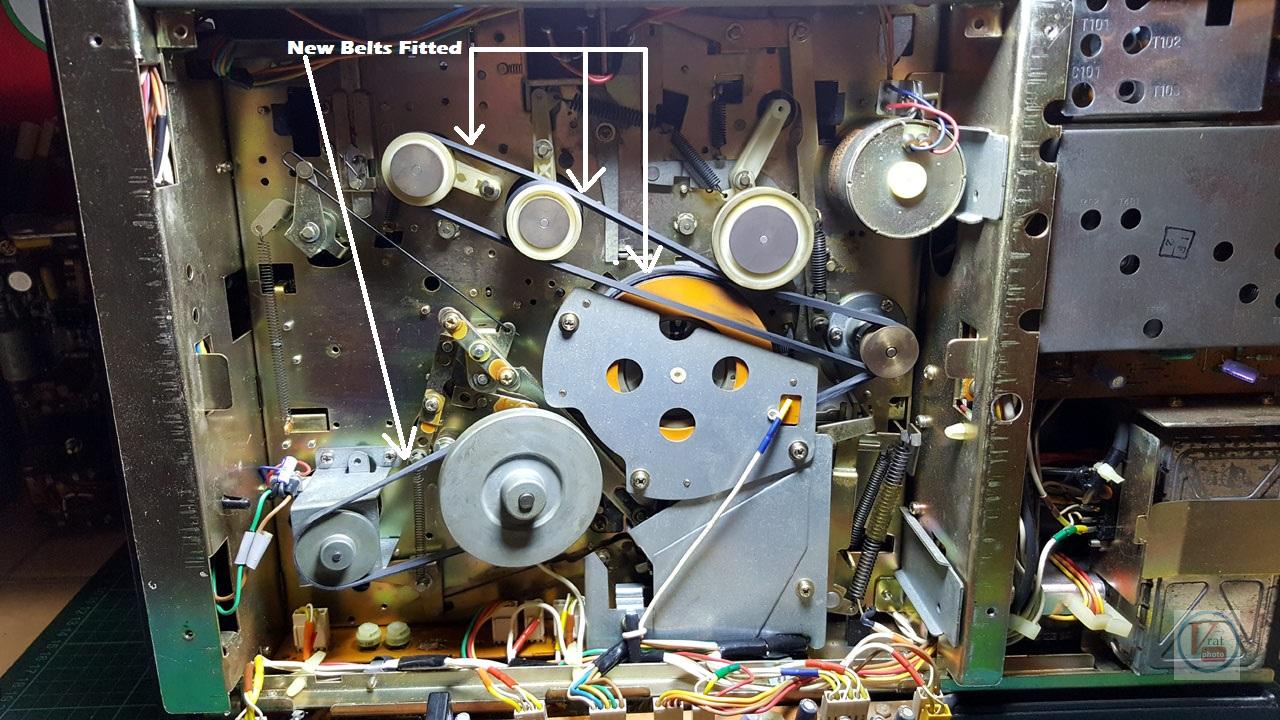 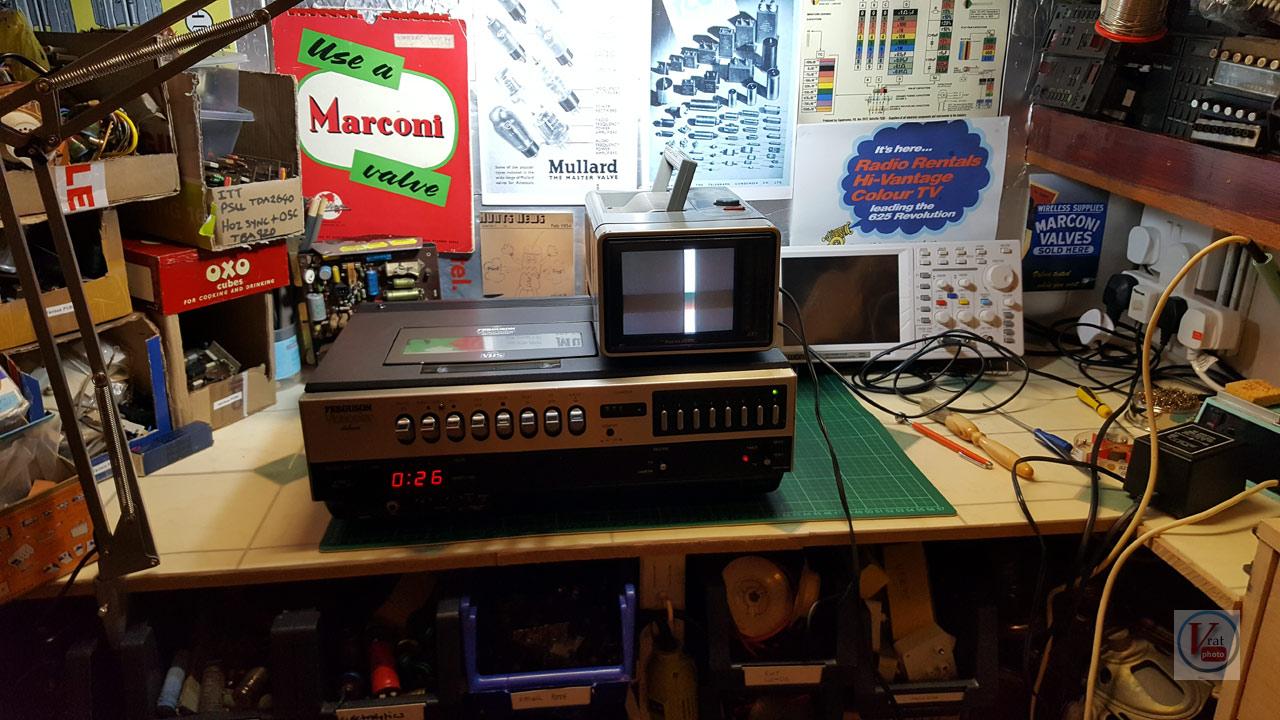 With the belts changed its time to test it with a TV connected. Tuned into the test signal and tried an old tape. It would still appear to have mechanical problems. The rewind and FF are not as fast as one would expect. Although the tape laces, its not running at any great speed and before long the play action was rejected. With it connected to a TV and briefly saw sound and vision from a tape before it stopped. 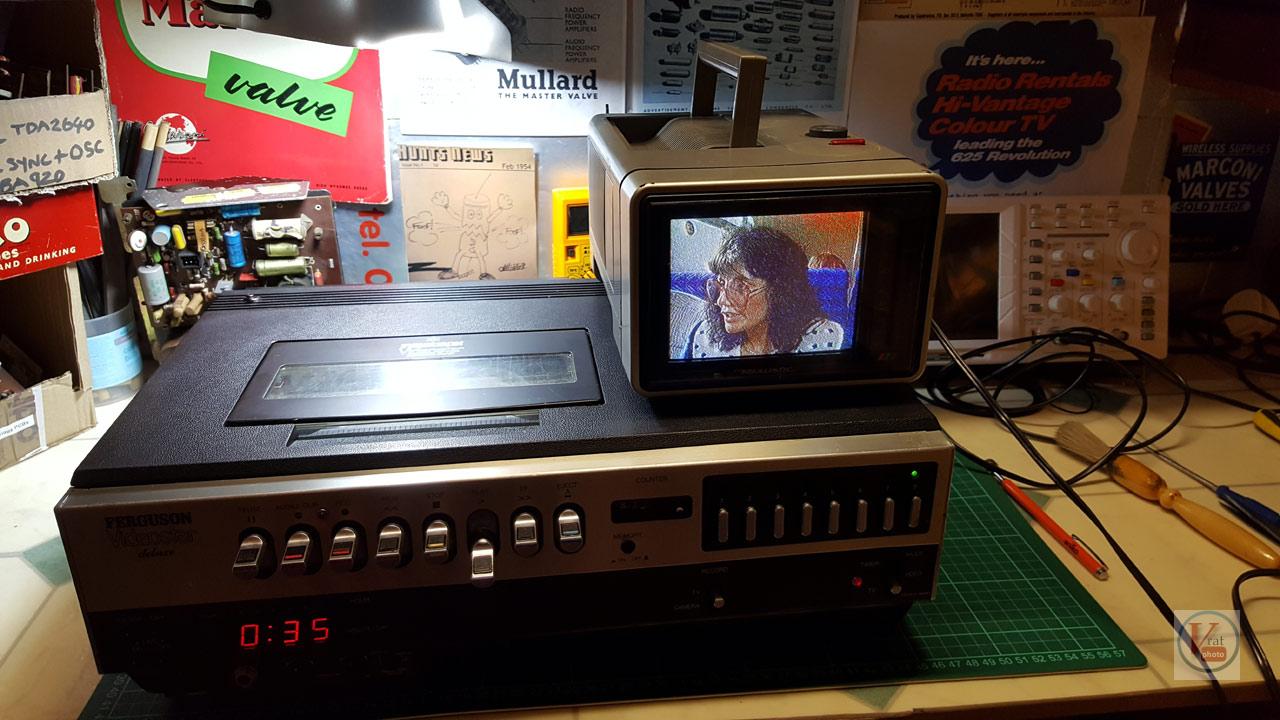 Rewinding the tape further back I managed to get it to stat playing, I had to adjust the tracking and had a reasonable picture with sound, it didn’t abort. Although I think there’s still an issue with the speed of REW & FF, Its now actually running. 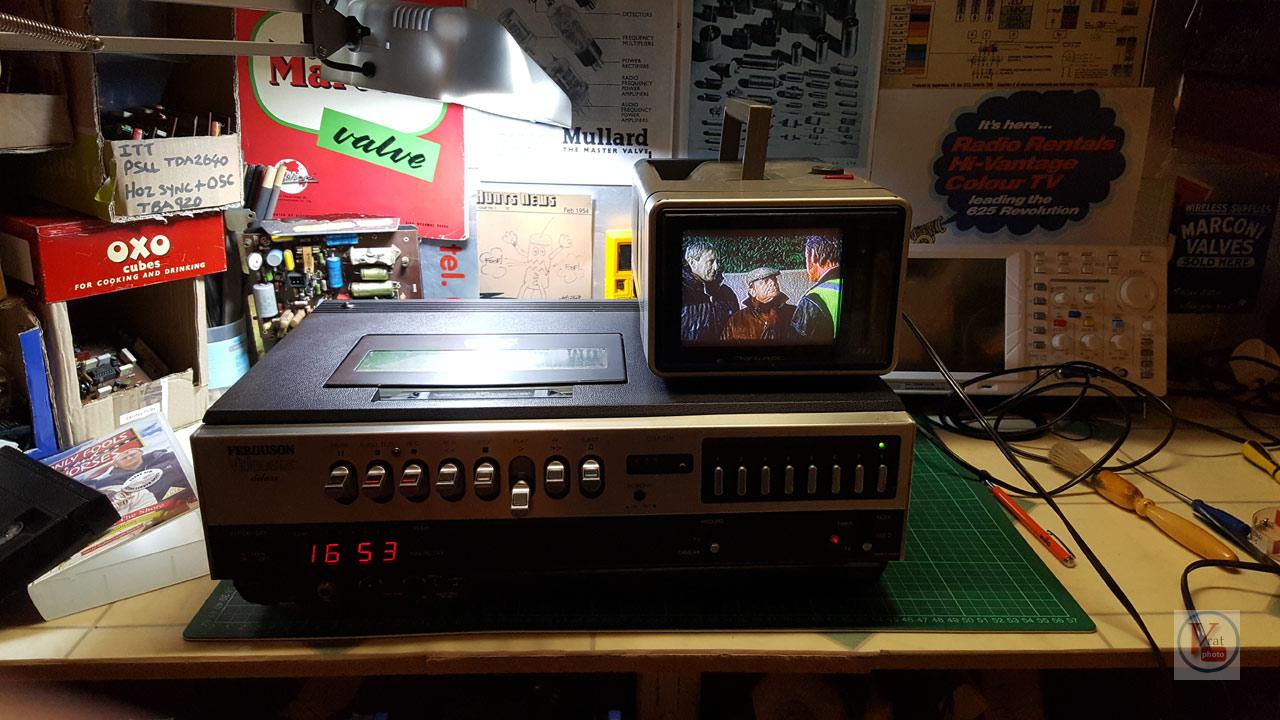 I decided to choose a different tape as the test one I was using was a very old one that had been around the block a few times. I got out and old pre-recorded Fools and Horses, its been running quite a while now.

Hi, I have a 3292 but I’m having problems trying to fix it. All the motors are running, even when the machine is switched off. When you put a tape in, it rewinds and forwards but doesn’t play. The spindles doesn’t turn, not does the head. When I turn the heads it moves but spindle still doesn’t turn. No belts are slipping

Well one thing at a time, you need to start with the basics and check all you’re voltage rails are present and correct. Checking your rails is always the starting point in any repair. As to why its in constant spool free run? It’s probably related to voltages incorrect or missing to the stop solenoid. The fact it won’t operate “play” is a good clue, it thinks its in another state. When play is pressed a 12V supply should be presented to mech control board, the head won’t spin up if the unit won’t lace up and it won’t lace up whilst its in free run. So as I say, you’re likely looking for a single/multiple related voltage faults or a protection circuits in operation. Better to join and use the forum to seek assistance rather than to post on the blog as its not really the right place. Hope that helps.

p.s.
I don’t know your level of experience but if you are not familiar with the relevant dangers present when operating a device with the covers off and taking live voltage readings, then you best leave well alone. Seek out a competent engineer who knows the risk and can fix it for you. Ignoring this advice if you are inexperienced may lead to injury or worse.

p.p.s.
I see you had joined the forum, I’ve copied the above to the forum thread for continuity purposes.

great heavy rock machine, very basic and indeed a workhorse, i have it as Akai brand 🙂