The Philips VLP600 was the first LaserVision player on sale in the UK, along with the VLP700 which was basically the same but that had a remote control. The original intention was a UK launch in early 1980 but this was put back to May 1981 as problems with the players and discs delayed the release, eventually the VLP600/700 were launched on May 26 1982.

The players have similarities to earlier Philips video products, the front control panels sloping design being similar to that of the N1500 and N1700 but the Laser disc player having a large recessed circle in the lid. The circular theme continues onto the eject slider completing the late 70’s early 80’s style. 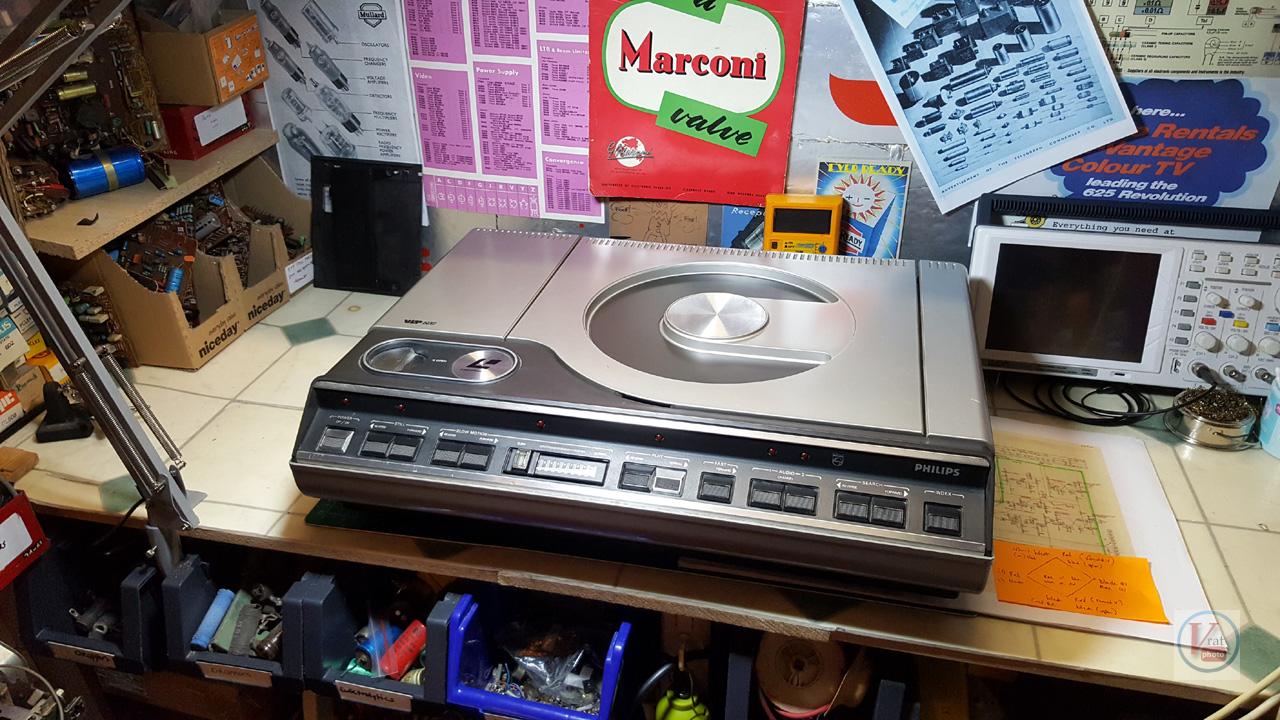 The Discs came in two offerings CAV (constant angular velocity) and CLV (constant Linear Velocity). The normal Long Play (CLV) discs, used to hold films, playing for 55 minutes a side, while Short Play (CAV) discs, 36 minutes a side.  Only CLV discs had the full 55 minutes per side playing time. The cost of squeezing all that information on to the disc was that the speed at which the disc rotated had to vary as the laser pickup tracked from the centre of the disc to the rim. This also meant that the available trick frame facilities were next to useless (just a wobbly pause and juddery picture search). On the other hand CAV discs, which spun at a constant 1500rpm, ran for only 36 minutes side, but because a single frame of video could be recorded on each revolution of the disc it was capable of storing high quality static images, with very stable variable slow-motion and seamless fast picture search. This facility was meant to be used for information retrieval, in business, research and education and so on, and was the storage and display system chosen by the BBC for the Domesday Project in 1986.

Laser scanning is a very sophisticated technique, particularly for the late seventies when this system was being developed. A laser beam is focused on the silver surface of a spinning disc, into which pits have been etched or pressed. The reflected beam is modulated by these pits, and this information is turned back into the video and sound signals. Since nothing actually touches the disc, laser systems are effectively free of wear and tear, and the beam can be freely moved around to produce all kinds of instant access and trick-play features. For example, rather than a film a single disc could be used to hold an entire library of over 50,000 separate colour stills on each side , all available within a second or two. These could be viewed for as long as the user wishes, without the head and tape wear which would be inevitable in the equivalent magnetic system. 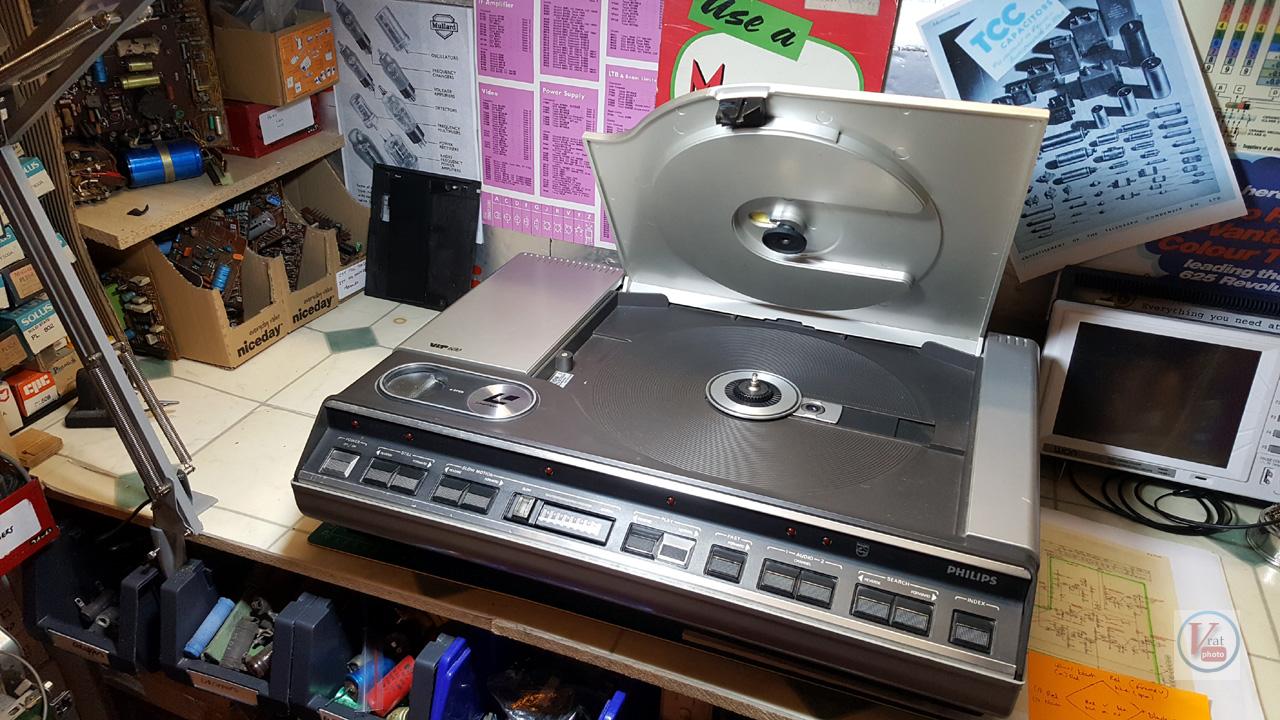 Unlike modern digital CDs, which use a similar scanning technique, LV recordings are analogue using frequency modulation, the pits vary in spacing, and hence frequency. For CAV discs, the disc spins at a fixed 1500rpm, and each frame takes up one revolution. This allows the machine to perform all kinds of operations, such as still, reverse play, slow motion etc, as it always knows where the frames are.

CLV discs, on the other hand, pack the frames as tightly as possible, so that while one frame takes up the whole of the inner part of the disc, at the outer edge three frames can be fitted in a single revolution. A CLV disc can therefore hold more frames, but must slow down as it plays from the centre out toward the edge. Since the frames can start anywhere the machine can’t do all its unique functions with a CLV disc, just a very basic jumping picture search. Internally, the machine has the usual Philips modular design, with rows upon rows of circuit boards each protected by its own tin-can shield. But the most striking thing about the player is the enormous gas filled helium-neon laser tube, unlike modern laser products which use solid-state laser chips. 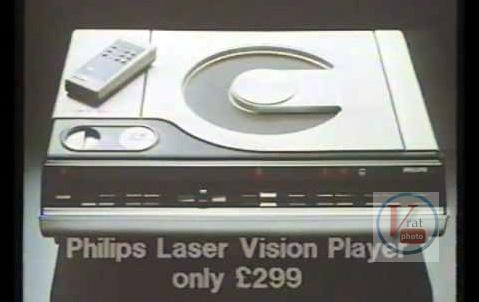 Despite all this sophistication for the time, they did not catch on with the general public who had embraced VHS and tape rental from the likes of Blockbuster.

Philips desperately tried subsidising and then selling discs directly, then dropped the price of players down to £299 by October 1983, including £50 worth of free discs. In March 1984 the price of players was dropped further to around £229 and discs were halved to £10!! Even a huge advertising campaign had little effect on sales, by 1986 the discs were still not selling even for a lowly sum of £5, and the format died. The number of owners estimated at only a few thousand so like the parallel CED format, laserdisc was also consigned to the obsolete media pile and left to enthusiasts and collectors.

The LaserVision Brochure can be found here 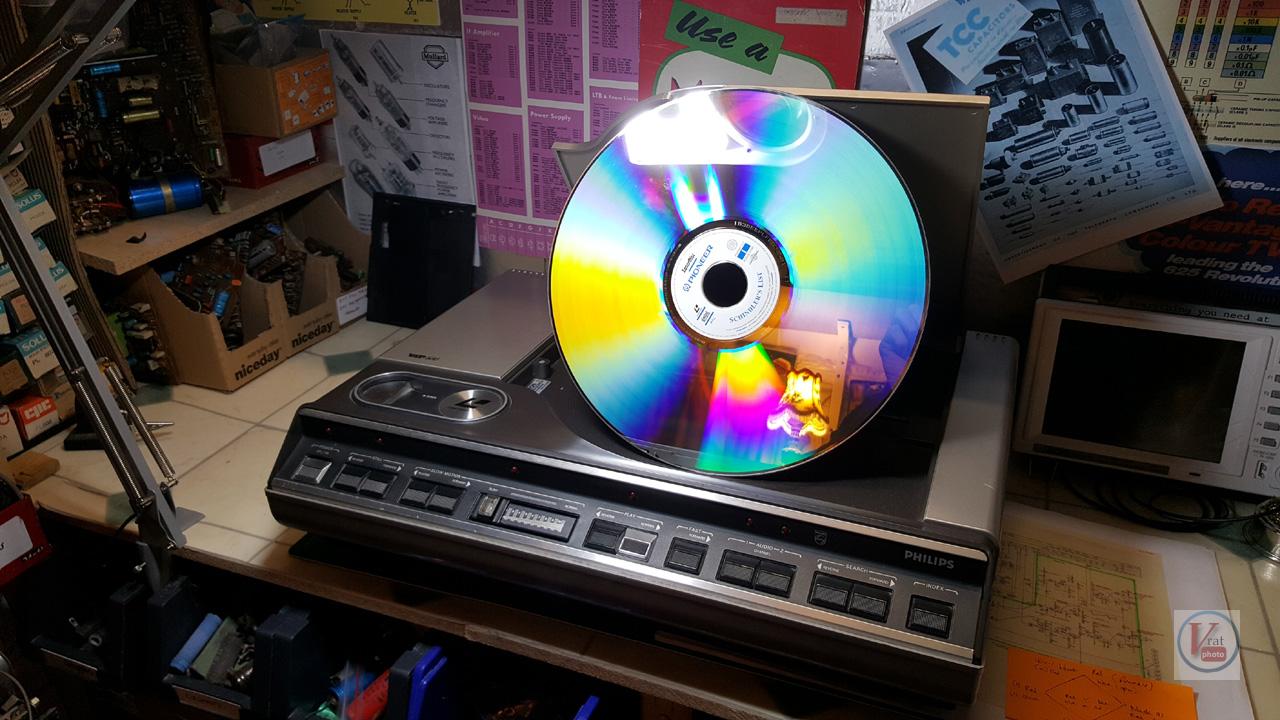 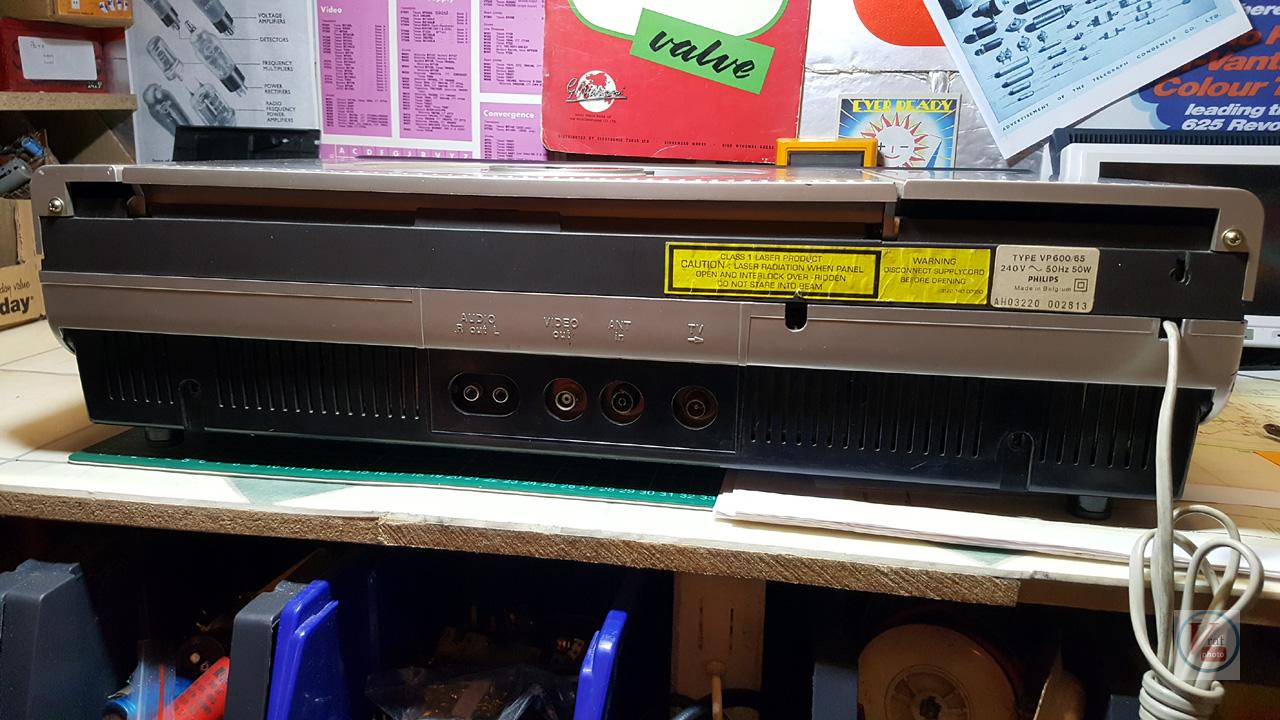 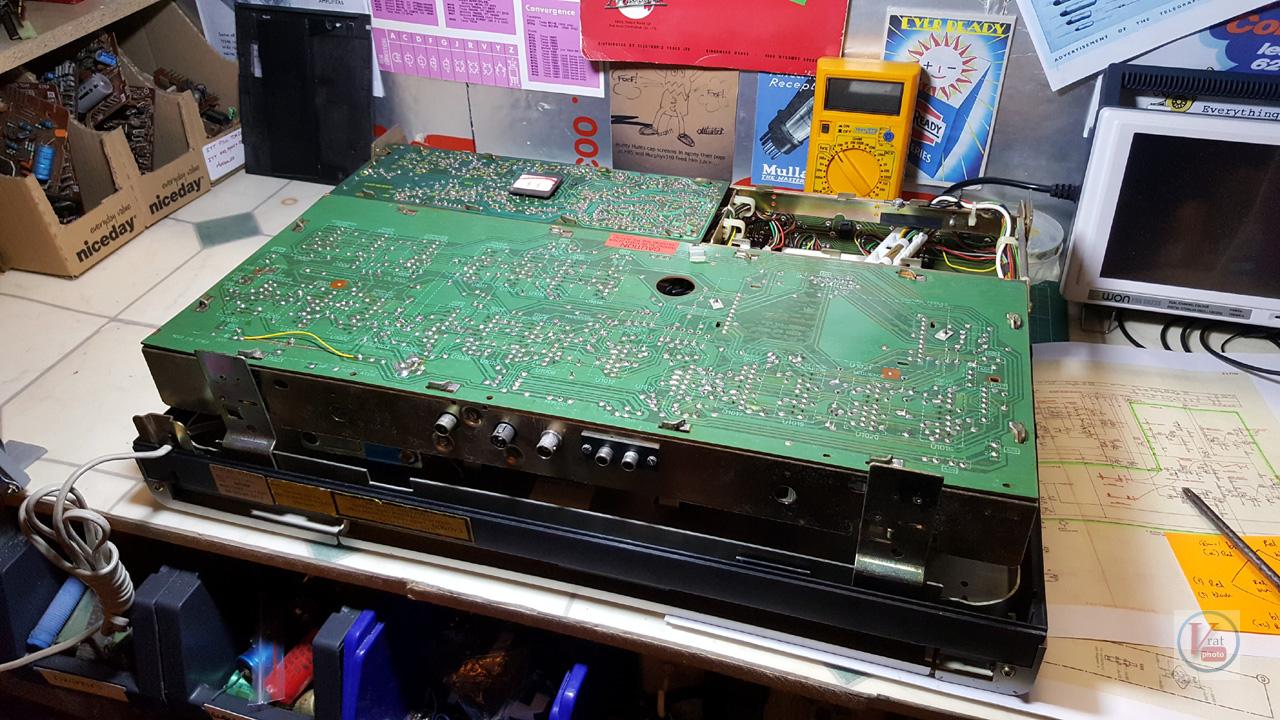 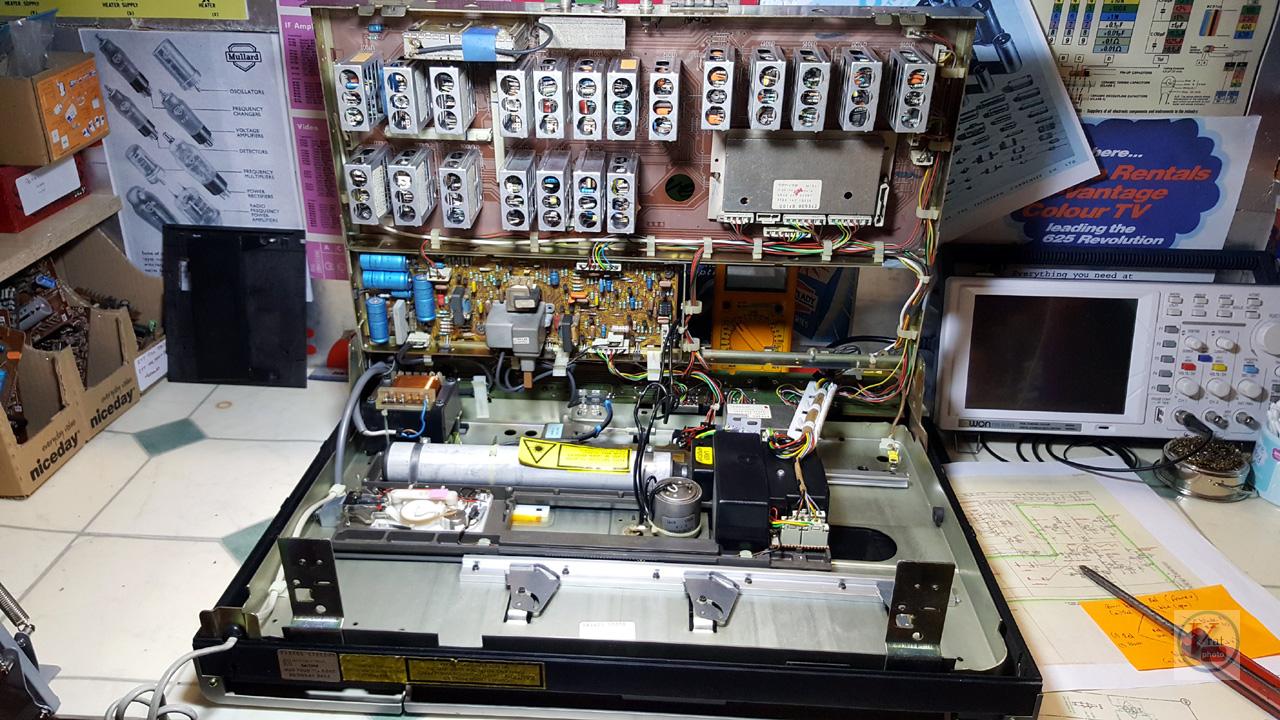 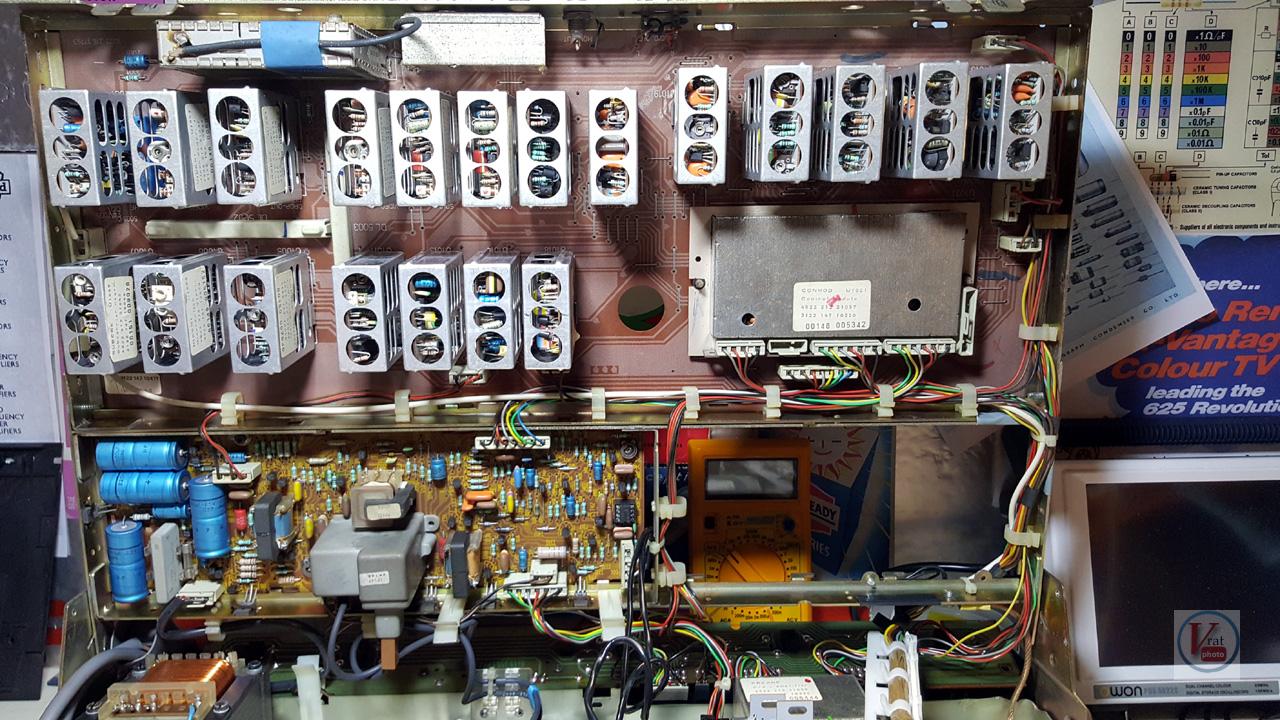 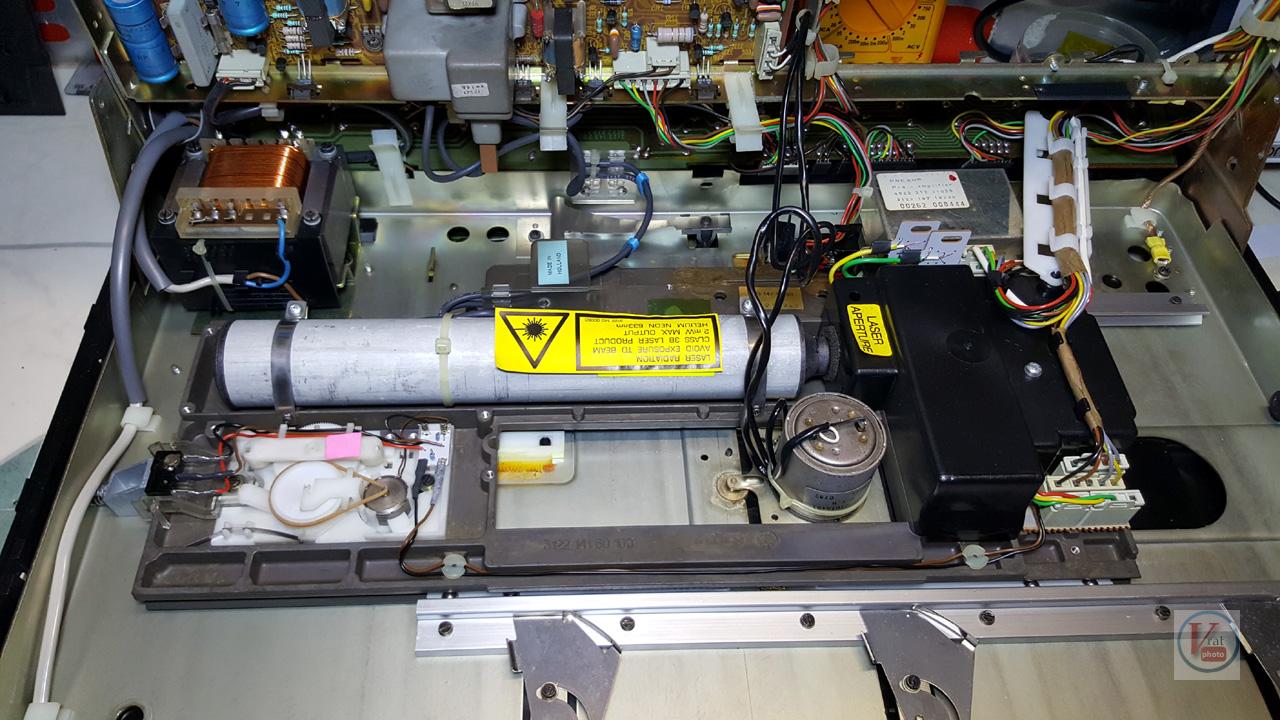 Currently running the repair of this beast on the forum, the thread can be found here VLP600 Laserdisc repair