So whats this all about I hear you ask, well over the years I’ve often been asked “How did this all start for you and why the website”?  The following tale is my attempt to answer that question. As with all stories there’s a tapestry of threads that make up the path. There’s a little about me, a little on the 1970’s, our first colour television ( the catalyst), finally a little about this site, its forums and the journey.

So Where Do I Begin My Story?

Well like all good stories, where it all started. My story begins back in the 1970’s, 1972/73  to be precise. I was a 9/10 year old lad, I can’t be certain of the exact year but its certainly one of those two. For me the 1970’s was a magical decade, well it would be, everyone thinks their childhood decade was the best. After all life was simple for a kid, less so for the adults but our parents protect us from all that no matter what decade our childhood falls in. For those interested in my childhood take on the 70’s then read here.

1972/73 as I say was the year where it all started for me, because that’s the year we obtained our first colour television. Of course like most families of the 1970’s we did not buy our set, they were far too expensive let alone taking into account the inherent repair costs. No, at this time for many it made far more sense to rent especially as the TV’s servicing requirements were all part of that weekly rental price. It might seem daft to folk now but remember this was a time when not many people even had a phone or if you did it might be a party line. One car per family and few could afford overseas holidays, trips to Benidorm, Spain were just starting to take off. You could buy a three bedroom house where we lived on the South Coast for £7,000, a new Mini for around £600, a pint of beer for 14p and the average weekly wage was around £32. A TV at about £300 was a luxury most could not justify or afford so the only choice was simple, rental.

Well only a little, lets get back to this television. My dad unbeknown to the rest of the family had secretly ordered our new rental. There I was sitting at home after school watching children’s TV, probably “The Tomorrow People” or “Ace of Wands” on our black & white set,  no idea what model that was.

A knock at the door and mum lets in the  telly man from Smiths the rental company which was just down the road from us. Smiths was in a curved building sited on the corner of two roads. Many an hour was spent with my nose pressed up against the window ogling the TV’s, I loved the smell of the shop once inside. My workshop has taken on the same distinct aroma, warm droppers and old dusty TV’s. Certainly TV’s of this period were being deeply cemented in my subconscious to return at some time later in the distant future. 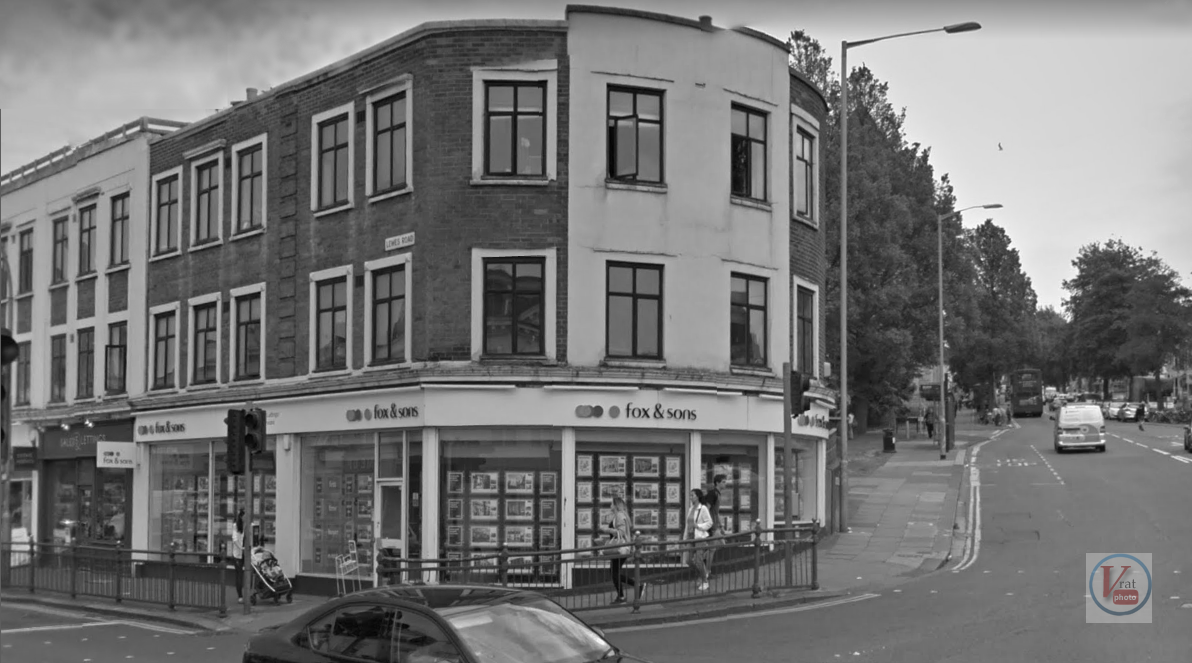 So what was going on with the TV chap? Why was the telly man at our door? Nothing wrong with the B&W TV, to my/our surprise and delight he proclaimed whilst returning to his van, he had our new colour TV and had come to install it. Colour-tastic!

The set was a newly released model for 1972, a Decca CS1830 in a Teak cabinet. It must have been a Thursday as my overriding memory of that evening was watching “Tomorrows World” followed by Top of the pops, all in glorious colour!! The amazing thing is I cannot recall any other TV in great detail before or even after, the Decca however was burned into my memory. I guess it had such an impact due to the world of colour television being delivered to my young eyes.

Oh the joy of seeing Star Trek before bedtime, all those bright colours.

Around this time for some reason my mum decided to teach me how to solder. She was one of the girls on the production line at an electronics factory, so was a dab hand at it. I still remember the soldering Iron we had at home, a Bakelite handled ADCOLA. Many years later I managed to acquire the exact iron, mainly for nostalgia. The art of soldering was never visited again until around 1997 when I got interested in vintage valve radio repair but only as an on/off interest. Thankfully the soldering lessons remained with me. When I did pick up an iron all those years later, it all came flooding back, I never had a problem with correct application.

How Did You Get here?

Thirty five years after getting that first colour TV in 1973, I found myself in 2007 retiring from an IT career,  I started looking for a hobby. I decided to retake up vintage electronics but this time television repair. As mentioned above I had dabbled with vintage radios  some ten years prior but it just didn’t really interest me that much, TV’s however fired my passion but what a huge learning curve to tackle.

With tutelage from a number of ex TV engineers and many years collecting, I gained experience and amassed a number of early colour TV’s for the collection including a great deal of spares. I very much enjoy repairing these old telly’s back to working order and subsequently maintaining them. All of which can be followed on the television collection repair logs. I also spend a lot of time refurbishing spare PCB’s for these TV’s that I find at boot fairs, auctions and other such places. These too can be followed in my fully kitted out vintage TV repair workshop via the PCB repair section on this site. 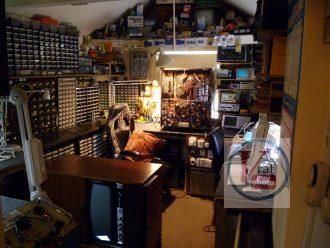 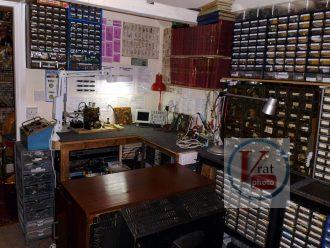 This site actually started life as just a stand alone flat web site way back in 2001, (see photos further down) then it was under www.valve-radios.co.uk. Over the years it evolved into a forum but became so much more than that it also incorporated my Blog.  Around 2011 it migrated to a new domain (Radios-TV). The Blog and forum provide a window through time, back to a world of vintage home entertainment. All through brochures, period articles and of course repairs, its membership sharing their passion for old electronics and we bring together both ex-trade service engineers and amateur vintage TV and Radio enthusiasts.

You’ll find plenty of advice on offer from our membership and of course all the free service info available up top. There’s also a members only data library that is available when members reach a certain level of posts. However there is also a whole host of “free-to-view” service information and tips via the “Service Dept” menu, no membership required.

All sorts of equipment can be found being repaired here from 1930’s 405-line pre-war televisions, to late 70’s colour TV’s and beyond, Radios both valve and transistor, amplifiers, Hi-fi’s, test equipment and many other such vintage electronic items.

To help promote, preserve and document our Radio & Television heritage, with particular emphasis towards promoting early colour but not to the exclusion of Black & White or radio. I noticed there was a distinct lack of UK sites promoting early colour TV’s, but plenty covering Black & White 405-line. Also to provide extensive servicing guides, tips and advice including access for members to my large service data library to assist with their own repairs. Should you care to read it, the “mission statement” is pretty much covered on the main homepage. The idea of a forum is to build a community of like minded individuals to share common interests and help others to learn.

This trys to cover a timeline from inception to now, my how the time fly’s

How The Website Look Has Changed Over The Years

To reveal more detail, click on the picture to see how we looked

How The Forum Changed Over The Years

You’ve waffled on, so what does this old TV that you remember look like?

As for the Decca CS1830 that all those years started me off on this journey, well sadly all I can offer is a brochure photo. Its a TV that to this very day still eludes me. Maybe, just maybe one day, I might find one for the collection. That will be a day I feel a full circle has been travelled.

Admin Update: Well after 47 years the exact TV is finally in the collection. The circle is complete. Just need to find time to give it priority and bump it up the repair list.

Who would have thought all these years later after that first TV back in 73,  I would be involved in television preservation and repair, certainly not that young lad who’s eyes were out on stalks at the prospect of seeing colour TV for the first time.

Come with me on a journey of rediscovery at Radios-TV, back to the days of  the cathode ray tube television. Its over to all of you now, comment here or on any other article you find. You might even consider joining.

If you’ve made it this far, well done! You really must have been bored to read this largely uninteresting story, all the same thanks.