BRC/Thorn did something pretty spectacular in 1967 for the launch of the colour service in the UK, they offered the worlds first all transistor colour television.  All their competitors at the time such as Radio Rentals, Philips, Bush and Decca were offering hybrids ( Valve and transistor). Thorns monumental achievement however saw them unable to recoup the development costs on set sales, Jules Thorn stating they sold every 2K set at a loss. However Thorn set the benchmark, showed the industry the direction it would inevitably be pursuing, namely solid-state, the nail in the coffin with regards to valves in televisions.

Thorn continued to innovate throughout colour TV development well into the 70’s and early 80’s achieving a number of other firsts. The first SMPS with the 3000, the first sub £200 CTV with the 8000 bringing colour to the masses. Not forgetting how they shook up and startled the industry in 1975 with the release of SYCLOPS and finally the TX range. Thorns place in the CTV history books was rightfully earned.

Here is the 2000 prototype on the design engineers bench, truly an amazing sight to behold 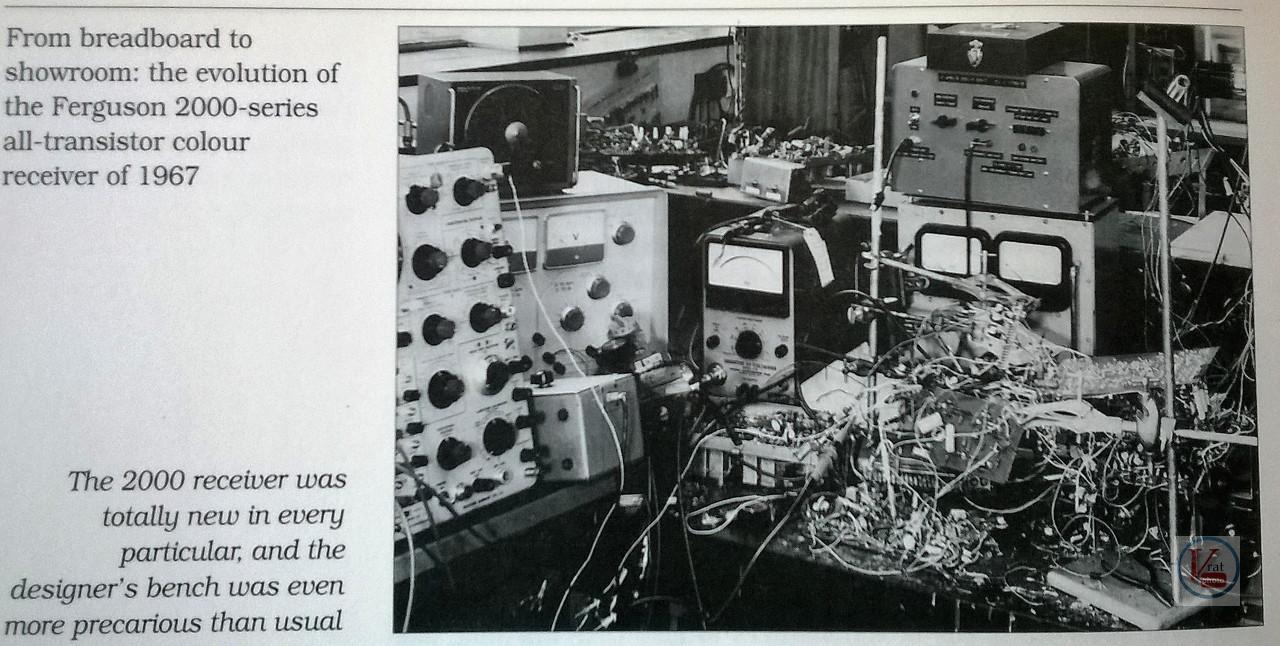 And from that creative organised chaos to these below, this is what the HMV and Ferguson finished products look like 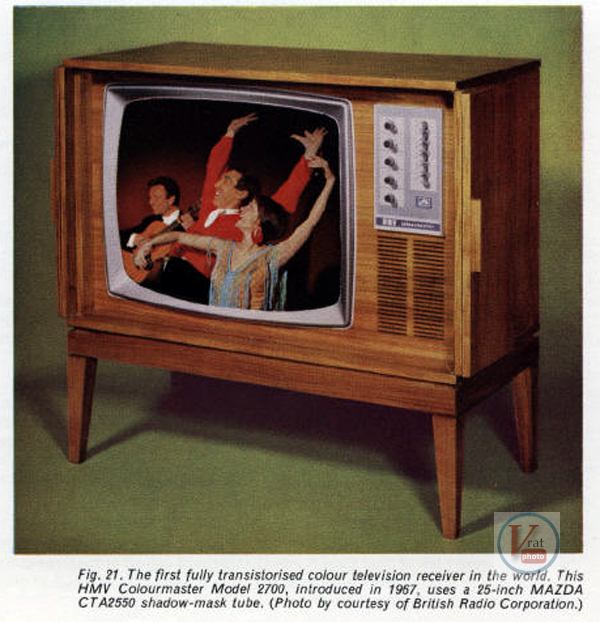 Links to BRC/Thorn 2000 Sets in My Collection