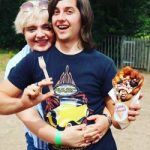 Ironically, the reverse of what Lloyd is carrying out at the moment on another thread... Hopefully I don't generate some expletives here!

Waiting for a few parts to arrive for my BRC 1400... So i've packed it back up and moved this onto my bench
Recently, a friend has asked me to do up a few record players for his shop, so he can sell them on. Naturally this is very separate from my own hobby, and I certainly won't be "harvesting" data etc from VRAT for a business.

I thought i'd post this up so you can see what im dealing with at the moment and share some ideas...

This black box is a mess, it would appear to be an original 1954 cabinet, with two control holes on the front right hand side. Complete with worm holes too!

Now here's the fun, Originally I thought I had a "model BBA" which has two PCL83's and an ECC82, BUT the chassis in this set has only one dual shaft, with tone on outer and volume control inner... Not to mention it's been crudely shoved in, and the knob exits rear left! So at some point, someone has fitted a random valve amp with the same valve lineup. I can't find the data anywhere, there are no markings whatsoever on the amp minus the maker of the OP transformer, and frankly it's in such poor condition I can't justify (thinking with my mates business head on) repairing an unknown amp, when the cabinet isn't all that either. It just wouldn't sell...

What i've decided to do instead, is to retain the BSR UA6 Autochanger, which appears to be in good condition, albeit missing a few parts (which I have in stock anyway), and fit... it pains me to say... a modern Bluetooth amplifier, with aux in for the deck.

I've opted for this one, as it wouldn't require any modification, I can just crack the jigsaw out and mount this on the side. I also don't think it would look too out of place, no chrome and fancy flashing LEDs here. I can also retain the two speakers, for the first time ever, making this particular unit stereo! (Albeit only on Bluetooth). 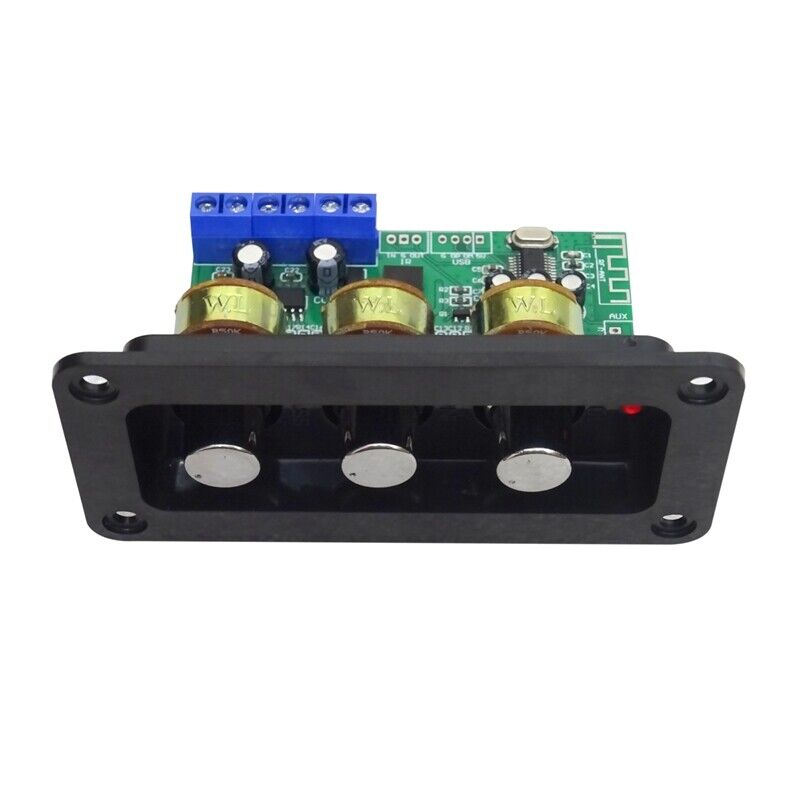 Of course, I've also ordered a basic mono preamp circuit, and a regulated 12V supply to power it all.

Now i'm not one for converting things like this to bluetooth, but the alternative would be to burn the cabinet, sell the deck, and bin the chassis! At least the deck will be serviced and retained, and someone at his shop can own a Black Box (of sorts!). Frankly i'm just interested in seeing if it can be done

Well it looks far enough gone! Since the chassis isn’t original, and the cabinet is basically firewood, I see no harm from what you are going to do to it, and at least it’ll be done to a good standard (unlike that Mullard radio!) so it can be used as a record player still. Is there room to stick a stereo cartridge in it as well?

on another note, I have actually converted an old Bakelite extension speaker to Bluetooth! Just need to find a pot suitable to replace the original switched attenuator (I think that’s what it is, multi way switch with a load of coils on it) and mount the bits in the case. It sounds quite good too.

The amplifier with the two PCL83s is a bizarre design that almost defies description - the version with two EL42s was much easier to understand!

Is there room to stick a stereo cartridge in it as well?

As the deck is a UA6 it'll not be wired for stereo: but as far as a stereo cartridge goes, a Ronette Stereo 105 would be perfect and sound miles better than a BSR TC8S - assuming you could find one that still worked!

The amplifier with the two PCL83s is a bizarre design that almost defies description - the version with two EL42s was much easier to understand!

Yeah, Let's use two TV Audio output valves in an amplifier! Ironically it seems it wasn't only Pye who used this borderline daft arrangement.

Wasn't aware of that, will experiment a bit when all the goodies arrive. As for converting the deck to stereo, cost wise it's not feasible really. I'll keep it to Mono.

Well it's progressing nicely, I'll get some pics up shortly

Does anyone know what size the BSR UA8 Circlip is? This one is missing!! I bought a large kit of them, but the metal appears to be slightly too thick, and I think the circumference is too large and would foul the plastic part of the platter.

And here we are, the cabinet I have left complete with worm holes, but filled them with wax. Despite Chris giving me some very good advice on cabinet re-finishing I decided to practice on my own stuff and not a customers!

The wiring is acceptable, I could have done better no doubt. The small switch is required as the PCB needs to be told when to switch between Aux In and Bluetooth. It actually sounds quite good especially with two speakers. The deck needed minimal work, just a clean and re-grease. I also had to set up the weight properly as it had a Acos GP91SC fitted by prev owner (badly).

All of the screws securing the deck, and surround were missing. I believe they had metal "nuts". I actually found red rawl plugs fitted nice and snug into the original holes so this is what I did! Just used some self tappers.

I HATE converting anything to bluetooth, but this was well and truly destined for the bin if not. End of day, my customer is happy, he can sell it in his shop, and it's not been thrown away.

I'd say that's a good result! Is the little red PCB the amplifier? All I do with worm holes is fill them with a bit of Briwax, does the job nicely.

@lloyd That's the preamp for the record deck which I also had to find, the amp is a bit further up the thread and is built into the unit on the side.