Would I be alone in thinking that (so called) 3D television is infact a gross misdescription worthy of prosecution under the Trades Descriptions Act ?

Speaking for myself, I grow tired of hearing people claiming how fantastic their 3D TVs are.. 3D, what 3D? I keep pointing out that it is in reallity nothing more than "stereoscopic" television, merely two separate 2D images, pictured from two slightly different perspectives, and giving the illusion of depth within the image.

It is a technique that the Victorians knew and understood, seemingly, far better than the people of today, and it is true to say that the Victorians never referred to it as "3D".. Even in the 1960's, when there was a massive interest in the "Viewmaster" steroscopic image viewer, I don't recall anyone calling it "3D".

Stereoscpic imaging has been with us for an awfully long time, and as far as I can tell, the technique remains the same (correct me if I'm wrong) in using two identical cameras to capture two separate two dimensional images of the same scene from two separate lens systems that are merely set a few inches apart and 'viewing' in the same plane.

Now, there is much hype being made of "The Queens Speech - In 3D" .. I wonder if perhaps Queen Victoria's subjects might have understood the techology better thanQueen Elizabeth's.

I heard it said, about a year ago, that "true 3D" TV was only months away, and that an experimental system was being developed.. In theory, it would produce an image that the viewer could walk around, and obtain differing perspective views of the same scene - Now that would be worth seeing! A form of holography perhaps?

Surely, "3 Dimensions" means just that, three dimensions, length, width, and depth, or for all practical purposes, width, height, and distance from front to back?

Marketing loves "shortcuts" No ordinary Domestic LED TV exists either. They are LCD TVs with LED edge or rear back-lighting!

What will they call real 3D TV?

I think you are exactly right Marion. I would expect 'The Battle of Britain' in 3D to have Spitfires, Hurricanes and Messerschmitts whizzing round my ceiling !

The current '3D' or stereoscopic system doesn't work for me as I have one eye which is far more dominant than the other so most of the time I have monocular vision. I am also red green colour blind which plays havoc with the cinema '3D' glasses and gives me a headache as I just see two overlapping images on top of each other.

There was a very good advert on the television quite a few years ago which showed a string quartet (I think) playing 'in the round' on someone's coffee table. It was for Sony or similar.

They currently transmit 2 x 1/2 resolution images in one frame. Manually tune a non-3D set to a "3D" channel and you will see the two squashed images.

We can cleverly perceive 3D even with one eye closed!

Two eyes dramatically improve depth perception and estimation of distance. But your eyes and head are in motion and you subconsciously "build" a 3D model of the Environment you are in. Works even for one-eyed people. Parallax changes...

I discuss this I think in the link.

Conversely if you are deaf in one ear you lose far more than the "one eyed" person. The "cocktail" effect is very poor and also you have great difficulty in deciding were a sound is coming from.

You can test this by closing one eye and also a swimming / noise protection earplug (or possibly a finger) in one ear.

Just before I left Philips 4 years ago, I was involved in my last Trade Show and much publicity revolved around a 3D TV which did not need special glasses, What it did need was special video to drive it. I don't know much about the technology used as it was a prototype and all we had was the TV, the video files and a PC to run it. However all the important stuff was in the screen which looked like it had a thick fresnel lens fitted over the front. The point is, it worked and gave very impressive 3D pictures. One in particular was an advert for Intel and showed an animated image of a Pentium processor chip revolving in front of the screen. Now it has to be said that positioning was critical and too much movement from the central position resulted in a blurred and ill-defined image...probably no more than 45 degrees. It was good enough for demonstration though of future technology still under development and it was amusing to watch people duck out of the way as an image of a Frisbee was being thrown towards them by a young boy in a park.

Speaking to one of the Dutch techies there, he said that several layers of LCD were mounted one above the other using a new technique that 'etched' them onto transparent plastic. This allowed layers of LCD screen to be seen through the one above. Each screen was slightly displaced and by using clever interpolation and the ribbed lens (a bit like the stuff used in those kids toys that produce a 'moving image' when the picture is tilted) it was possible to produce an apparent 3D picture by fooling the brain.

When you think of the way the picture was produced, it wasn't really 3D but the brain thought it was. It certainly looked impressive and only on odd occasions, one of the 'layers' got out of sync and you ended up with a split image for a second or so......

KeithW,
The red/green separation system is rarely used in the cinema these days. Polaroid glasses being the most common nowadays. The red / green was a cheap way of showing a 3D print and of course ruined the colour.
I used to enjoy the "3D" films in the 1950's, "Kiss Me Kate" which ppppenguin mentions from 1953 was shown in 3D at the BFI Southbank earlier this year. I hope to go and see "The Life of Pi" as I have read that the 3D in that film is very good.
I do not think using the term 3D is a con surely after nearly 60 years use of the term most people know what it means. Width, Height and Depth being the 3Dimensions.
There have been some attempts to make 3D televisions where spectacles are not required.
John 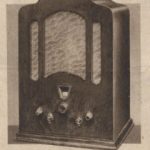 I just love that description "Flea pit" that really takes me back. As for 3D seems to me its just a way of marketing average films.
If the story is good enough I guess you would be happy to watch it in 405 Black and White!
I recently watched Sky Fall at the 02 sky superscreen it was not 3D and it was a cracking film.
The very large screen and good sound system was an advantage for that type of film, not sure 3D would add anything.
Cheers

KeithW,
The red/green separation system is rarely used in the cinema these days. Polaroid glasses being the most common nowadays. The red / green was a cheap way of showing a 3D print and of course ruined the colour.

It's a long time since I've been to the cinema, and even longer since I watched a 3D film as I only had to try it once to discover it didn't work for me.

The main reason I don't go to the cinema now (as much as I would like to) is that I find the volume painfully loud. I asked the manager at York's multiplex why it is so loud. Apparently it is to drown out the noise of the audience talking, phoning and eating

No. That's so one prog can be recorded while another is watched.

Actually, I think Rob's take on this a few posts earlier was much more accurate ...!

I can understand Kieth here.
It is going to take a while to get the noise down from the punters.
The snack packaging companies are just as bad for wrapping everything in noisy plastic.
This makes the Dolby sound a total waste of money.
Cinema managers just give up in despair at the complaints about the dialogue being drowned out and with the tone set flat give it all it has got

We need a club that sets a minimum standard for phone jamming and snack packaging noise.
If they fail they loose approval.
At the moment we just have to wait for the DVD.

There are RATS too ... all that food.

My ambition isn't a better run Cinema but a triple DLP projector with 3:1 optical Zoom Lens and variable X & Y mask on screen.

Phone jamming is illegal. The only legal solution is fine wire mesh in all the walls, ceiling, floor and door.

I am not sure that phone jamming is illegal as long as the signals remain inside the privately owned property. The screening would have to be in place as well.
Just poke the projector lens through a hole in the screen so that the projectionist can still call technical support it that is needed.

Pilkington have a glass that blocks mobile.

Phone jammers are illegal, period. Even prisons can't use them.

I see it to be in the interest of the operator to screen the viewing area but not the area where the shop is. This would help them sell more overpriced snacks to the idiots that do not turn there phones off.
I have a feeling that jammers are treated much like pantry transmitters to some extent although it is not that clear.
The powers that be would be harsh with the owner if the signal got out into the street.
So it would be the snack companies against the phone operators

The guard band would be the snack shop.

I have a feeling that jammers are treated much like pantry transmitters to some extent although it is not that clear.

I think it's perfectly clear; "A person commits an offence if he uses apparatus for the purpose of interfering with wireless telegraphy."
See here, section 68(1); http://www.legislation.gov.uk/ukpga/2006/36/part/3

The jammers need about 1000x power of a Pantry TX. too