Having followed with great interest over several months, the various exotic and complex TV restorations completed by VRAT members, I felt for a change it was time to include the initial steps taken with my BRC1500 set.

I collected this set several few months ago and on initial inspection found that the main PCB and components were in very good condition. Whilst there was evidence that this set may have been stored in a damp environment for a few days, it is still remarkably original apart from a couple of replacement electrolytic capacitors. The only other evidence of a previous repair was an obviously remade IF connector, which hints at a replacement tuner.

Initial checks included a visual examination for damaged or burnt components, valves in the right holders, plus tube aquadag/rimband earthing arrangements in place and the correct mains fuse actually in circuit. (I remember checking a valve amplifier and having satisfied myself that the correct mains fuse was fitted, was subsequently horrified to find a shorting link had been carefully wired inside across the panel fuse holder.)

A continuity check of the heater chain, ht supplies, diodes and dropper resistors identified an open circuit mains switch which has been temporally bypassed for testing purposes.
Having removed the mains filter capacitor to avoid any unnecessary bangs, I reformed the main HT capacitors in situ (not ideal) by using a limiting resistor and a small DIY inverter lash-up with voltage/current monitoring. The advantage of this arrangement, which is powered from a variable bench power supply, is that the inverter output can be gradually increased.

Having woken-up the HT capacitors, initial mains power was applied to the set using a lamp limiter (with a 10ma RCD). The lamp limiter dimed nicely as the valve filaments started to glow and the speaker crackled with no sign of any overheating components. The set was allowed to warm though for about 15 minutes. Applying full mains for "initial light" produced sound but no display. The brightness control pot was found to be intermittent and resolved with Servisol. At the same time I applied Servisol to the other preset controls. The resulting dim, full width, raster had an obvious frame problem.

Despite being stored briefly in a damp environment, the LOPT seems to have survived intact and is certainly a testament to the build quality of this component. With the boost rail voltage reading 630 volts, I decided to leave the boost capacitor (which appears to be a styrene type component) alone. Checking around the PCL 85 frame oscillator, I found that the R123 (Trader service sheet) resistor supplying the height control had increased in value by approximately 100k. After replacing this resistor and the associated capacitor (C89) full height was restored. The down loaded test card (thanks Mikey405) was used to good effect.

Also as a precaution, I went through and replaced all the black moulded capacitors, plus other suspect capacitors one by one. There was little change after each replacement. After 42 years it is expected that the tube will exhibit symptoms of fair ware and tare.

This is a very much a work in progress set, and will be continued as time and enthusiasm permits. 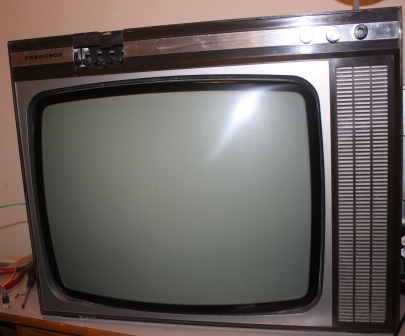 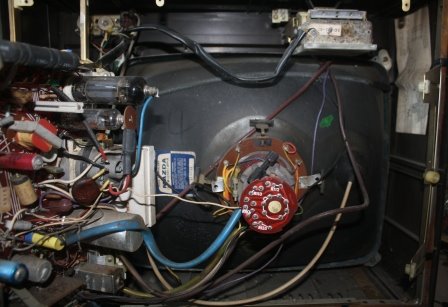 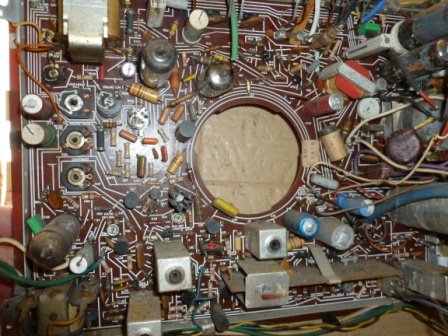 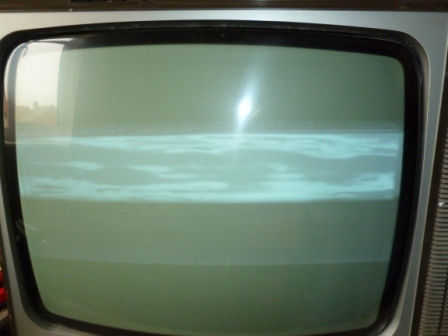 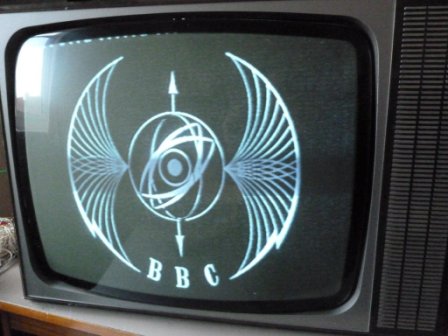 Hi Mike,
That's a nice set, good work breathing life back into it!

Those jellypot LOPT' s were uber reliable, a testament to good design. Other manufacturers were apparently not so clever; but from the engineers point of view, fitting replacements LOPT's was easy money!! Of course, the 1500 (and 1400) didn't disappoint, the even easier to change EHT tray was a very simple replacement for a few quid.
John

Looks like you have got a good set there, most 1500 chassis sets have had dropper failure at some point, mine has the usual RS 'polo' resistors hanging from the dropper!

You will notice how the tube will improve after a few hours use. As John has said, the jellypot lopt is one of the best ever made, I have never seen a bad one yet

Excellent restore job and write up, well done. You've saved a lot of potential trouble on replacing those horrible black and silver things!

I wonder if the same designer worked on the Ultra 6818? There are some striking similarities in colours and layout.

The 1500 chassis is one of the first I successfully restored, and is still working well! Must be a good design.

When I was a teenager we has a 1500 set and it was still going strong when we all flew the nest. It had the controls beside the screen and not above like this set has.

The 1500 chassis was probably the most common of it's era, it appeared in many guises and sizes.
They were produced in huge numbers under various badges such as Ferguson, Marconi, ultra, HMV and many rental companies also re-badged them.
Mine is the posh HMV version in a real teak veneer cabinet, it was probably retired after one of the dropper sections died.
I did some basic repairs to get it running, but it is still in storage awaiting a full restoration.
I wonder how many are still out there?

Did anyone else see the luxury DER model used in the film "The Damned United" with the speaker on the left?

There was probably an identically styled set to the 3807 fitted with the 1400 chassis. In common with many earlier 1500s one can see a removeable piece above the speaker to allow fitting of a VHF turret tuner.

Thanks for the encouragement, advice and additional information – I will look round, in slower time, to try and find a spare 1500 series dropper.

I am impressed by the 1500 series PCB, which stands up well to component replacement and can appreciate why these sets were so popular, for the reasons already stated.

Nice to see this particular model. I rescued four or five 1500s from the local dump in 2005. One was identical to this (and later found it's way upto Manchester with a BVWS forum member). Also in the haul was the 24" version, again with controls across the top.

Does anyone know the initial launch models of the 1500? I'd say this was possibly the first of the Fergys.

Anyway, nice work on it. Looks like the tube is OK. I think you need to display something a little later than the 50s BBC Angel Wings though... Test Card F or an episode of 'On The Buses' would be about right!

The 1500 was a good reliable design. Aided no doubt by the jellypot LOPT. Unfortuantely the video is AC coupled to the CRT so there is absolutely no attempt to maintain constant black level.

Didn't Television publish an article on restoring DC level on the 1500 some time in the 1980s?

I've not tried it myself but would like to. I'm just wondering about which type of diode would be suitable to use instead of the RS part (I don't have an account with them, so the postage would be many times the cost of the part).

Anyway it's good to see someone else taking an interest in these single-standard monochrome sets. I have 3 working BRC 1500 TVs plus 1 more for spares (could be repaired). They are a favourite of mine as I grew up in the era when these sets were still in use. Not everyone could afford colour back then, but once they could, these sets became worthless junk. Few people considered them worth saving. Luckily some have survived. They weren't that bad really!

... I'm just wondering about which type of diode would be suitable to use instead of the RS part (I don't have an account with them, so the postage would be many times the cost of the part) ...

The actual current in this application is very small so just pick anything conveniently to hand with a suitable voltage rating.

A new diode should be pretty easy to find.
There are three listed on the Farnell site that would do even if an old can needs to be re-stuffed.

How nice it is to see a 1500 and one that works. I think the 1500's were the most common of the black and white sets of the day with so many model variants. They were very popular with engineers and customers alike despite the lack of black level correction.