From the December 2000 Funk Geschichte the communication from the GFGF Germany. Website: https://www.gfgf.org/

The TV set was shown at the 1950 Copenhagen radio show. 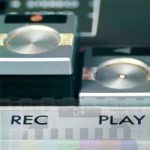 the first television from B&O was made or invented by their chief ingenieer Lorens Duus, he was very clever, under WWII he invented a very small radio receicer/transmitter sized like a old telephonebook, and that was that name it get, other communication redioes from that time was 5 times larger,

in 1950 in Denmark, TV was a very big subject because the national radio broadcast has announce they will start TV broadcasting if there was enough interest for it, Peter Bang and Svend Olufsen was not very inpressive of Television,  actually they only want to send the 1950 radio models to Copenhagen for presentation, but lorenz Duus grab the idea and know the very big interest for TV and smuggle the TV set to Copenhagen where it was presented for the audience in great succes.

TV broadcast started in Denmark at october 2, 1951 and send 2 hours, 3 times a week the first years.