Just thought I'd share some pictures of the Murphy 2416 I've been gradually reviving during spare moments over the past few weeks. The case is date stamped September 1970 and it features the dual standard A640 chassis, although I've seen the same cabinet style used for the later single standard A774 chassis - easy to spot of course due to only 4 pushbuttons on the front.

The Murphy I've been working on wasn't a particularly brilliant prospect, having a crt that gave a not-very-promising reading on a tester. I decided to plough on regardless and the picture is actually pretty good, although there's not a lot of brightness to spare. OK for daylight viewing within reason and no sign of any silvering.

The first hurdle was a non-functioning on/off switch- a regular bugbear with Rank sets of this period. After that, it required little more than what ended up as a complete re-capping of the timebase panel, along with a handful of resistors which had drifted out of tolerance and were playing havoc with the height and linearity. The IF board could probably do with some of the small electrolytics changing, which I may get around to in due course. The picture was initially too high on the screen and I had some difficulty with the picture centreing adjustment rings which moved so far and would then stick. I got there in the end, but any tips on what to lubricate or free these off with would be welcome for future reference.

For the moment I'm just enjoying watching period programmes on 405 lines on a big 24 inch screen. The picture quality is very pleasing with a true black level. Lets hope the LOPT doesn't live up to the poor reputation they have in nearly all Bush monochrome receivers! 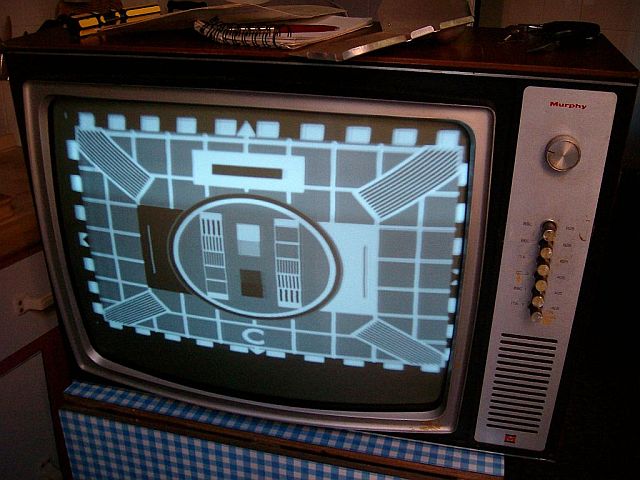 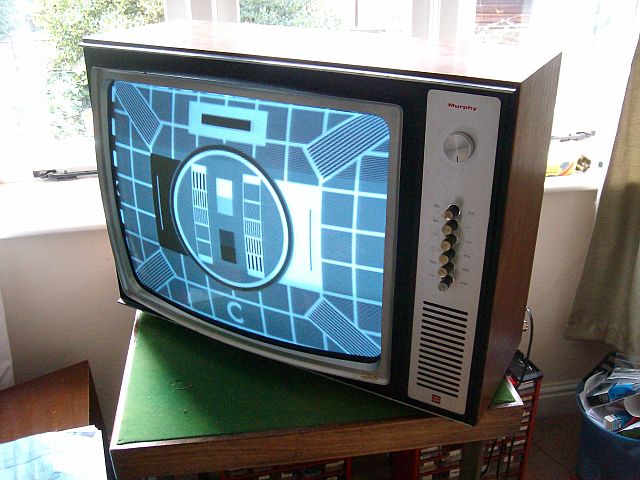 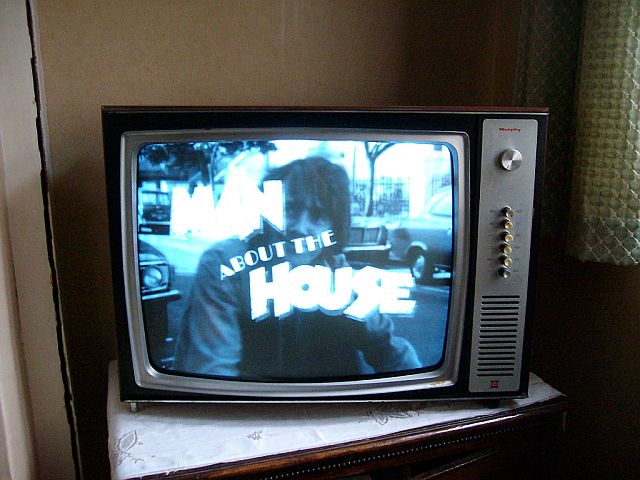 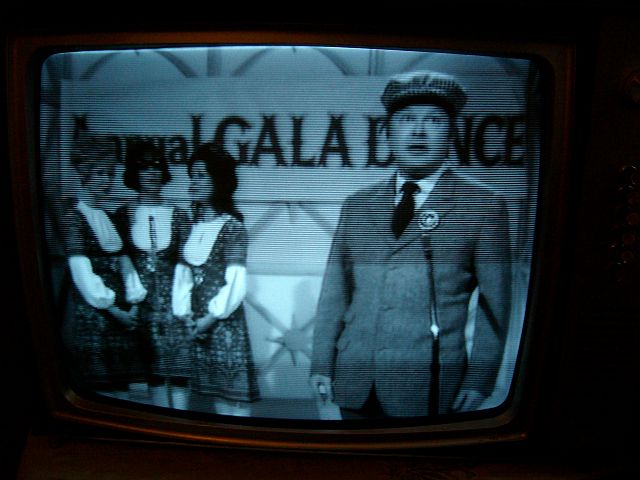 I'm sure there was a single standard version of the A640 chassis.

Nice set, the LOTPX was not the best on these chassis but when they were in their normal service life the TX's were easy to obtain and change.
One other fault either this chassis or the single standard one, can't remember now was the last vision IF transistor going faulty. Easy to change, just had to get into the IF can. I don't have a circuit was it a BF173?

I'm sure there was a single standard version of the A640 chassis.

That would be the A793 chassis which was basically an A640 with the 405 components removed and used the four button UHF tuner from the A774 chassis. Now I'm not 100% sure here but I believe the A793 was manufactured in Ireland.

Nice set! the A640 was a great set, I have managed to get a couple for my collection over the years. the lopts were not brilliant it's true but still better than some of the Philips types of the same era.
It seems to have had a series of different IF panels as time went on, the first being all valve then one with germanium transistors and the final version with silicon transistors supplied from a winding on the lopt,( It had an extra purple flylead )
There was a smaller version of the A640 chassis with a relocated smoothing capacitor I think. But I can't remember if it was single standard or not, I don't think it was made for long or in very large numbers. I can only remember seeing the odd one and it was a long time ago.
If anyone has the radio and T.V servicing books from the early 1970's the single standard A640 may be in there between the d/s A640 and A774 if it was made....

Rich.
Edit: Post crossed with John's. Anyone got a picture of the single standard chassis?

Nice to see one up and running again, the picture looks pretty good despite the tube reading low.
It will probably improve with use, let's hope you have a good LOPT. I remember ours was replaced when the set was a couple of years old.

So one down and how many to go now.......Alba next perhaps

The Alba will have to wait a little while yet- I've got unfinished business with that GEC BT336 first....

One other fault either this chassis or the single standard one, can't remember now was the last vision IF transistor going faulty. Easy to change, just had to get into the IF can. I don't have a circuit was it a BF173?

Thanks for the transistor information, it must be going on 40 years since I had the back off one of these sets.
Frank