This set was acquired some 2 years or more ago; it was a shed/ barn find together with a RGD of similar era. Alas the RGD suffered badly from the dreaded worm so was condemned to the big TV repair shop in the sky (used for parts). The PYE set however fared better with no worm, maybe the wood worms don't like PYE .

Anyway the set was stripped, the cabinet restored and that was about it; not a lot more was done but it did have a total recap because most of the original ones looked as if they had been eaten by mice! The system switch hadn't fared well so the set was put to one side & there it sat for 2 years in bits with no one to care for it

So it was put back together, the system switch soldered up (well where you gonna get a new one after 50 + years?)

nothing ! Oh yeah, put the valve back in

I got heaters but not a lot else; a bit of hum from the speaker, no line whistle - in went a new PL36 & a PY81 now I have line whistle but no picture. Then I noticed the EY87 had that purple glow about it . On removal it was down to air a replacement gave me some EHT & first light. Short width , short frame & a strange shape raster. I applied a signal to see what the picture was like, Yuk ! What the *<>*# was that?! The picture looked negative , wrong line speed , frame slipping . Well it's one of those times you wish you hadn't started something . But here goes; the frame slip was due to an o/c wiper of the frame hold control , the wrong line speed well that was down to me & the system switch - I missed a link when soldering it up & that's where I left it for today. 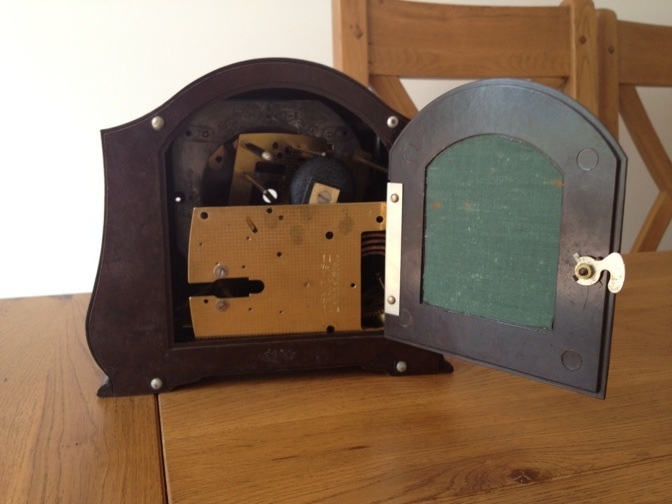 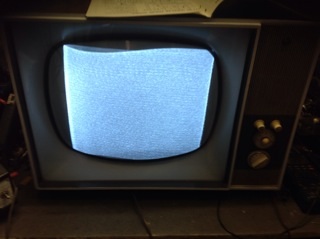 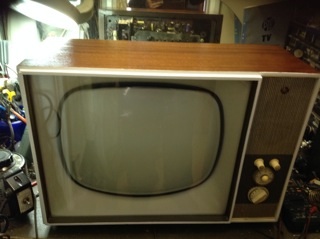 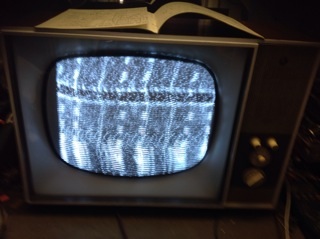 Wow, that's a rarity- did anyone else use a 17" crt in a dual standard set? I've only seen that style of cabinet with a 19" tube in it.

Nice to see another of your exclusive PYE's making it to the bench, and an interesting start as you rightly say. Looking forward to the next instalment in the series.

As an aside and in no way is it meant as criticism, any chance you can increase the image dimension of the photo's? Your uploads are only 320 x 239 with a file size of 24KB which is fine but a tad small.

Hi Steve & Chris , I agree with Steve I haven't seen another set like it . The service manual date is 1962 I would have thought it a bit late for a 17 inch crt when you think the V700D series uses the same chassis & is of the same time with a 19 inch crt. The TV2 is the wooden cabinet version of the model 1 or TV1 , the TV1 features the V220 .

Chris , I'll give it a go with bigger photos

Just trying bigger photo's , is that any better? 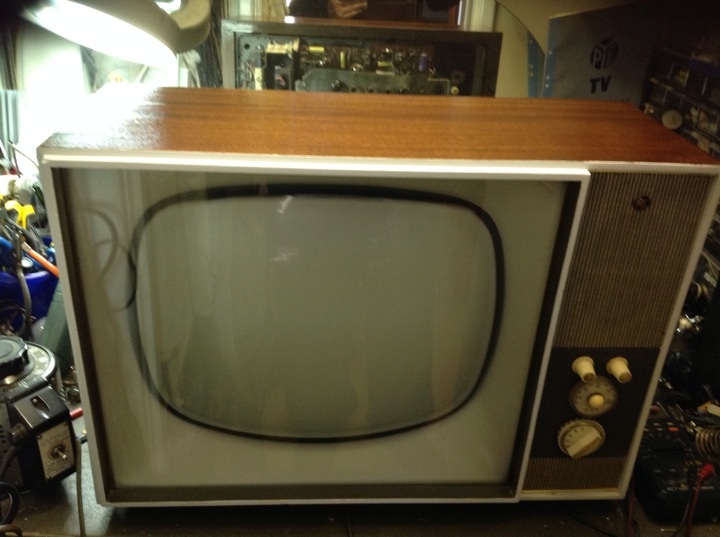 Today the task of finding the poor shape raster , I thought it might be hum getting into the frame time base somehow .
While removing the chassis to carry out checks I noticed the brass strap around the scan coils had broken & the scan coils had almost fallen apart .
I decided to try & repair them rather than replace with none standard ones .
The repair went as follows , I found a small brass strip about 3 inch by 1/4 inch drilled hole each end & bolted the new part to the old part but then had to solder the the other end to the existing brass strip so with a hole drilled earlier I could solder through to the old part of the brass strip , there was also a thermistor mounted on the same brass strip fortunately I could solder a wire to the back to re connect to the brass retainer
Refitted the scan coils cured the fault of the misshaped raster
Adjustment of height & width produced a full screen

The Pye models 1 and 2 were developments of the V700D, which was the first fully dual standard TV to be marketed in the UK. In fact very early production sets had 5.5mhz intercarrier sound.
The models 1 and 2 were the only new dual standard TV sets ever made. Introduced in mid 1962 the 17" CRT was considered rather old fashioned, perhaps Pye bought the tubes in at a good price.
17" dual standard sets did exist, but these were older 405 only models converted two system use by Rediffusion.