Just wondered if anyone has any of these.  Sony referred to these as "Permalloy Strips".

Can anyone help please? All costs met etc.

Sadly no longer as I got rid of all my scrap boards and what not several years ago.

I did used to save these strips from the gash tubes of later Sony sets (there were quite a few!!!) as some sets were still abysmal convergence wise (surprised Q&A even released some of them !).

It often made me wonder what the actual decent yield rate was of the later Sony pure flat "Wega" tubes were from new judging by the amount of corrective strips applied from manufacture!!!  some of the larger (32" and 36") widescreen (16:9) variants also had corrective button magnets taped on the bowl in varying amounts and positions.

Sony sadly just became a rather expensive badge in the latter years of their crt sets, overly complex and overly expensive. Although of better build quality (no where near as good as their earlier products) than your average say "Vestal" of the period they cost on average 3 to 4 times as much or more!, but sadly didn't last 3 times as long, and although a arguably a better picture, and some top-end sets had better features, again not 3 times better.

Their LCD sets and later VCRs/DVD players largely followed along similar lines, I always got the feeling they just ended up cashing in on their brand name in the 2000s onwards, mind you they were not alone, so did others too, Philips and Panasonic certainly did, JVC, Toshiba and Hitachi also just ended up being a badge too.

I also should point out that these strips were both different lengths and different strengths, they are thirdly also polarity sensitive ie. North and South poles, they either aid or oppose the required corrective action, the taped on button magnets I referred to earlier were the same except they needed to be rotated as well as positioned for the required correction, trial and error with a pattern generator is very much the order of the day.

I should also point out that these were not all applied for convergence, purity was in the mix too, too many variables! it must have been a nightmare for the production staff!

I do believe at one time Sony sold the magnet kits to their dealers, how much they cost at the time I have no idea.

I did have some success "playing around" with said magnets and did manage to significantly improve some sets by trial and error using secondhand strips so it is do able.

I still thought it was a bit of a bodge though from a so-called premium manufacturer.

The very first RCA colour CRT’s (around 1954 see various mags) had extra magnets to help with purity etc. I can accept that in the first sets but in a modern set is very much a bodge.

There is a a Sony DVD player I use with it, again not used much, that’s from around 2004.

Perhaps I have been lucky or it’s just the little use they get as made them last longer.

Not sure what I will replace it with if/when it fails, most I think are made by Vestel. 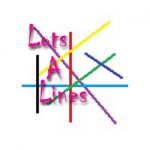 Had this exact problem with a flat faced widescreen set.
Never got all 4 corners to converge properly even with new strips but I got it as close as it was going to get.

Ended up needing more strips and made some dodgey ones out of a thin firm plastic film and the thinnest layer of magnetic tape I could get on it.
Someone on ebay is selling them for about £14 inc postage but they seem to have done the magnetic tape trick by the look of what they're selling.
Thinner you can get them the better, not much space to work with.

Yes I agree it was a bodge of a kind. some sets only had one strip whilst another would have several.

They would work on other tubes too, both Delta and the 20AX and 30AX series. bit of a tight squeeze though!

I remember the only sets that had nigh on perfect convergence was the Toshiba FST sets of the mid 80s (a 212T) I think. There were very well converged, and the pictures were good too. Never see these nowadays

Could never see the attraction of totally flat tubes, may as well buy a fish tank. Preferred to have at least a small amount of curvature myself.