Wow indeed! - And people love to decry the Royal Mail.. It was posted about 1:00pm yesterday, so that means it took about twenty three and a half hours to get there.

I'm just glad it got to you before I ever got round to dismantling it. Glad too that Niall offered it up for spares last year.

If I've learned one thing through VRAT, it's that there are the things you need, out there somewhere - it just takes time, and the right series of connections to whoever has the parts.

I shall look forward to seeing the results of your labours, and I doubt that you'll need to do a lot to it (though I could be proven wrong. There is the missing resistor, the snipped wiring, and just maybe that little electrolytic at the top of the panel, but I couldn't see anything else obvious beyond those.

Thanks for the refund of postage - It really wasn't any bother, but now it's in my PayPal, I might just put it to toward some components I could do with. 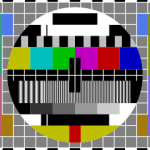 Hi Chris
I thought that you would like to see my ultra bermuda 8500 , i"ve had it for over twenty years infact the lady who i got it from is 102 years old this year . She is looked after by some friends of mind , One day she decided that a remote control set would be better for her so i sold her a nice 20" philips ctx which she thought was wonderful . She asked me to dispose of the ultra so i"ve had it ever since . it was purchased by her in 1972 from Rumbellows , all i"ve ever done to it is tickled the tube and repaired the pushbutton unit . It still has the white plastic instruction card on the mains lead telling you how to wire up the plug . 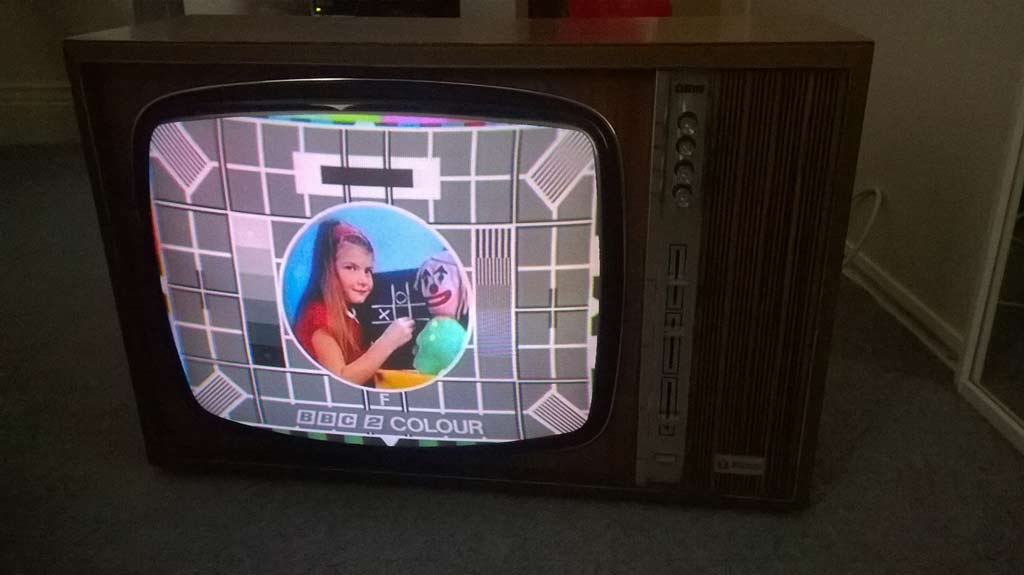 ...Also the Hitachi CNP190 often pops up on ebay, as mentioned earlier in the thread the CRT from this could also be used with some modification to the focus circuitry...

This was the route I went down. I derived the focus potential in much the same way as the 8000 series that uses the unipotential (low focus electrode) CRT. It can be found my thread over on the "other" forum

Oh, My! Time does fly! Have six years really passed since I got this nice little Ferguson 3713

As you may recall, or maybe you don't due to the time, sadly the tube in this TV was low emission on the Red gun. I had planned to swap the tube out with a NOS 19" but just never got around to it. Today I thought I would have a quick look at the CRT again before swapping. This time I had a B&K which I didn't have that 6 years ago, I wondered what it would make of the CRT. Well It confirmed what I thought all those years ago, Red is dead (see photo below).

I decided to run a clean and balance, that didn't help. Seeing as I had nothing to lose, next I decided to rejuvenate, that did make a difference, not a lot but at least I'd found some emissive layer. There was life in old Red yet! Not sure how much of the emissive layer was left after the strip, but who's complaining, so I left it running on the B&K for an hour. The needle on the Red gun was still firmly in the same position.

Now six years ago due to the red gun so low, the best this set could offer was a good B&W picture. Hooking up the test card gen now it's giving fairly good results. Remember I've done nothing to this TV in 6 years, a full set up needs to be done, hopefully it might then be sorted for a while.

OK the tube is well past its prime, however, it's not the 1970s, the set is not going to be used 7-days a week for 7 hours a day. As a display set occasionally turned on this will likely last a few years before I do eventually have to change the CRT out.

If it's any consolation, I was looking at a circuit diagram for a Bush set I scanned - and noticed it was done fifteen years ago.

Customers in the past have watched a lot worse than that! One I remember had virtually no blue and gave a lovely yellow picture. Although they didn't mention it, once I had fixed the main fault in the power supply and discovered the lack of blue, I gave the CRT a gentle rejuvenate from the B&K and brought the blue up to a respectable level with a fairly reasonable picture. When I returned the set the customer complained that the colours were not right...!

One of my Hitachi CFP-470's was looking a little ropey, I put the B&K on it, it said the blue was low, while red and green were just about passable, I gave it a tickle, red and green came up really well! Blue however, got worse! So now everything looks yellow, there is still some blue left, but not enough to get a suitable white balance, mainly because I'm sure either red or green isn't adjustable either, so turning down the other 2 to match the blue isn't an option! Maybe time to swap the chassis over in the cabinets, and have the better one in the nicer cabinet..

When I returned the set the customer complained that the colours were not right...!

I’ve also fallen into that trap before when in the field, after that I always pointed out to the customer that the greyscsle was incorrect and then asked if they wished me to correct it.

Even in the job I’m doing now there is a customer who has an office monitor that for several years has zero red. Every time I visit the site for a call I mention it and ask them to log a ticket but they never do. “Looks fine to me” is always the reply.