Now here is a set I would love to find, this rarer than a rare thing, from planet rare, a Thorn 4000 series chassis console.

I don't know how many were made for the UK market of if any have survived intact to this day. Has anyone ever seen one? Any service engineers here ever service a 4000 series set?

I once had a goal to own a Baird M702, I had the manual first and a couple of years later the set turned up. Well I have the manual for the 4000 series but thus far no set has appeared. The chances of one turning up are pretty slim but you've gotta have a dream a!

Not seen one myself, a mate Jim who worked for Thorn in the 70's amd 80's and then later Thomson, offered the opinion that they were "nasty sets" mostly exported to New Zealand - they used as I am sure most know thick and thin film units that used to disintegrate. Allegedly the range was recalled as they had a habit of bursting into flames. Not sure if Les Lowry Johns had a name for them like his burning bush...

Hi All, I did not come across many 4000's as an independent repairer but must have done 6-7 of them and I have to offer the view that I thought they were a very advanced set compared to the 3500 that were run of the mill in those days. If I remember rightly they had a narrow neck 110 deg. tube! which was very advanced then. They had a quality engineering look about them and the ones I looked after seemed to be reliable. The fault that these came into me was in the main one of the thick film units causing lack of width. They were a more complicated set that I suspect would frighten most engineers off. Not aware of any burn up problems on these.

Here is a photo of a 4000 chassis, might jog memories. The common theme seems to be the thick film units giving grief. 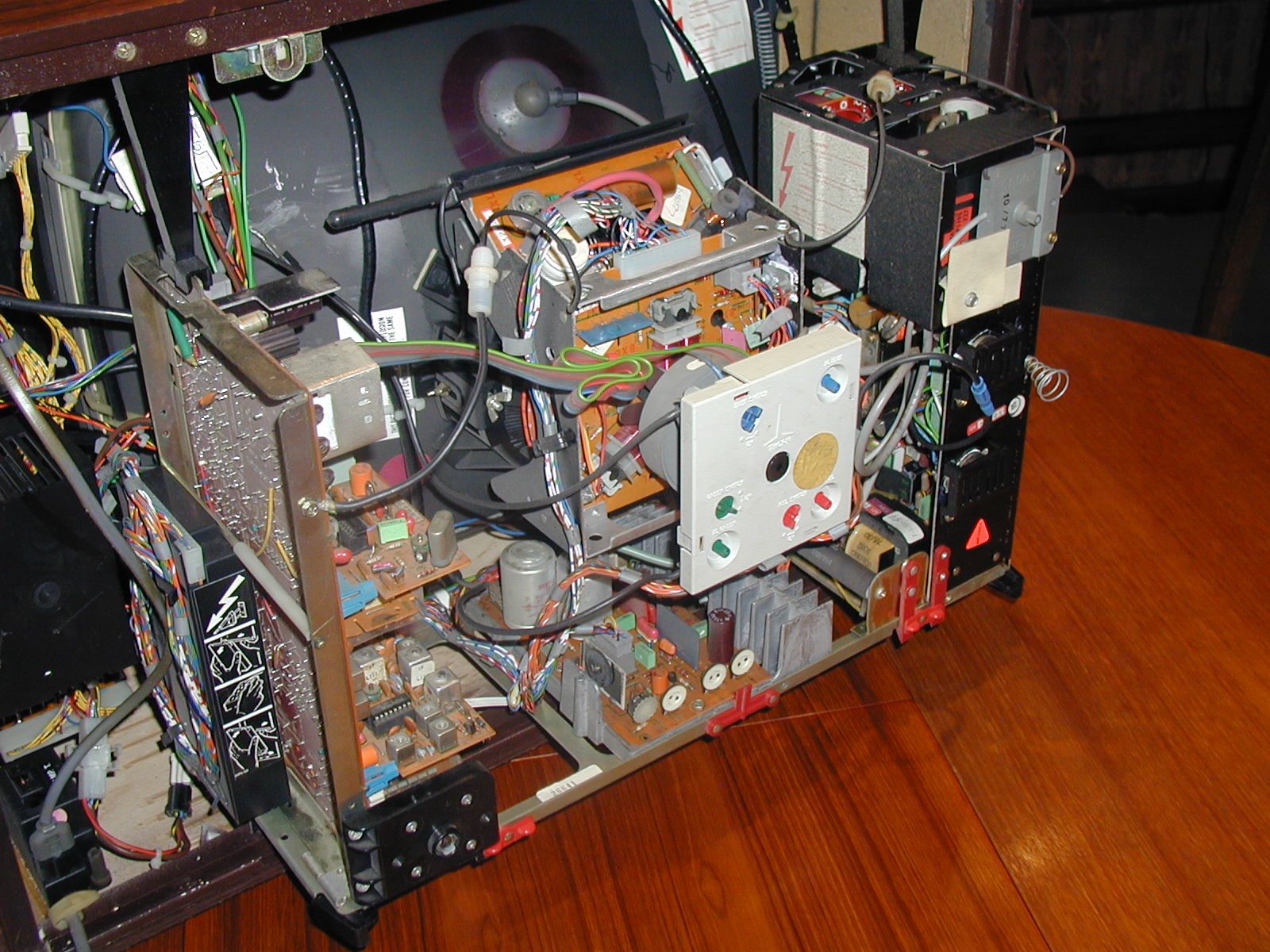 I first came across the film units on the 3000 video board, they get swapped out for the cement resistors etc. The 8000 and 9000 seem to have a lot more of the film units present with the OVP being the main guilty part on those.

Hi Love the picture of the 4000. It was to me a very modern set. I think I remember then being badged Multi-Broadcast so I expect sold or rented by them. The only problem at the time is you had to have thick film unit that had failed, there was no substitute. On the 9000 yes I have recently obtained one of these which is pretty clean with an excellent tube and would trip when changing channel, again caused by the over voltage thick film unit. See pictures

Hi that's a nice clean example you have there of a 9000, its amazing how these old sets keep turning up just when you thought they had probably all been dumped by now. Hmmm I spy a BRC 2000 underneath 3700 by any chance?

Hi Crusty, This one was clean and almost fully working. Yes the set underneath is a Thorn 2000. It arrived with a bunch of other ex-rental sets but was to old to re-sell but I could not bring myself to dispose of it. It came my way in 1979 when I put a re-built tube in it and was used by my Dad up until he died in 1990. It hardly gave a fault. Came in with the usual S/C diode in one of the bridge rectifiers. It is unusual as it had no badges, all been removed internal as well as external so assume ex-rental and is finished like the Ferguson but with a soft brown surround, not black, brown controls with copper, not chrome ends. Always liked the Ferguson finish, this one being all teak. I will get around to making as stand one day as it has always sat upon a poorly fitting 3000 stand. Could it be a Marconi? but they used to have a short square control panel finished in silver unless someone else is more informed?