Stumbled across this video:

The Americans experimenting with color on 405-lines ? Who would have thought it ! 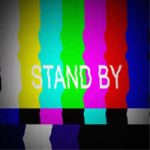 I believe Steve McVoy, with Darryl Hock's assistance, has since repeated this CBS frame-sequential 'color' feat.

Here's some more frame sequential colour. Don't know how smoothly this will display on your computer....

The Early Television Museum in Hilliard OH has several working
405 line CBS color sets. Or, at least ones I've seen working at one time
or another. They've never all been working at one time. Pictures are at their web site (not in operation). Its hard to get good
static pictures of a field sequential set. I have some fair ones.

They all produce very very nice if dim color pictures.

They have other color oddities. Most odd is a spinning spiral mechanical color
apparatus (light source is modulated LEDs.) This is circa 2012 device.

Here is my best screen shot, of the standard test piece, Wizard of Oz. 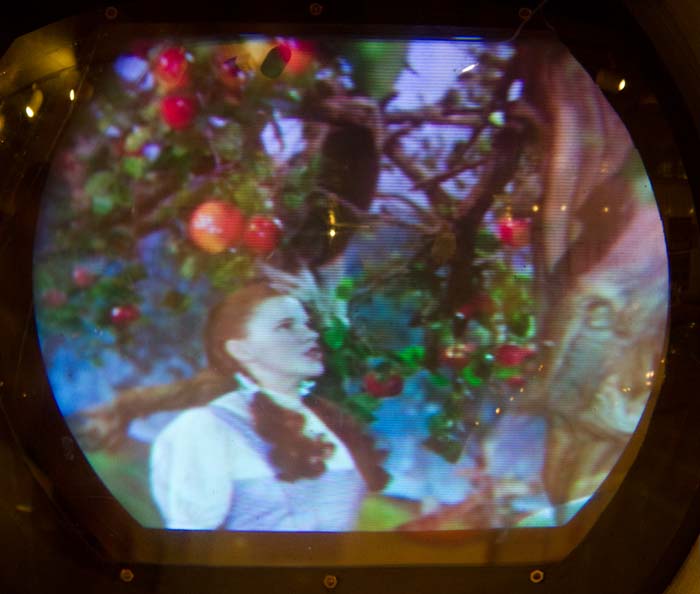 The CBS field-sequential colour system was well described, including the rationale for 405 lines, in the book: “Television Engineering”, second edition; Donald Fink; McGraw-Hill; 1952; LCC 51-12605. See chapter 9. It was actually approved by the FCC, which action, in part at least, prompted the formation of the 2nd NTSC by the industry, initially without FCC participation. (A recounting of these doings is provided in Donald Fink’s 1999 IEEE paper about the two NTSCs.)

Apparently the line calculation for the 6 MHz channel, working back from the 525-line monochrome system, came out at around 340, but CBS opted for higher vertical definition at the expense of lower horizontal definition, and so chose 405 lines.

This edited version works better for me
(screw up eyes and squint and the frames average a bit better?)

Thanks for your efforts here Michael. Actually your version is less convincing on my display - maybe it's something with how the monitor refresh rate beats with the animated .gif repeat rate, which you seem to have set to 1/100 sec... and the end computer's CPU speed??

In any case, perhaps these pictures are best not viewed by anyone suffering from epilepsy.

Apparently flicker was a big issue with the CBS sequential colour system. According to Fink, the large field-to-field luminance changes that were possible meant that a much higher field rate was needed than with monochrome TV. 144 field/s was chosen as being the minimum workable field rate provided that picture brightness was kept quite low and that “low-flicker” primaries – which somewhat restricted the colour gamut - were used.

Flicker is still a problem with those single-chip digital light projectors which use a revolving colour wheel. Fast moving patterns break up into their primary colours.

I'm unconvinced by the marketing blurb which claims the problem has been solved.

Yes, the triple DLP are far superior. On the single chip colour wheel rapid head movement of the viewer can cause rainbow fringing.
Still, who would ever have thought there would be mechanical HDTV? Millions of little wobbling mirrors in a device thumbnail or smaller size?

With the permission of the company I used what was available, a single wheel DLP projector that I'd just fixed (on a "fix it and you can do it" basis) fed from an analogue TV source to show the last world cup in a conference room at work (yes, they had a licence before anyone asks

).
It worked very well indeed with no nasty or even TBH any visible artefacts... much better than I've seen on Philips digitally processed 100Hz CRT sets when their owners (or suppliers) have cranked up the "digital noise reduction" settings to mask bad aerial installations. If you have such a set, try this... the ball goes almost invisible during passes. Yes, you could quickly flick your eyes and see the sequential colour, but how many did?
There were no complaints at all... not even from a roomful of managers

Well, no complaints except for the quality of the football being played, anyway.

No doubt the newer triple DLP units are even better, and it's certainly getting there. Mechanical TV lives on...

DLP was used first in Cinema, and I think those where always triple chip. The "colour wheel" single chip is a consumer cost reduction. I think there has been both since the technology launched.

I'd like to post an example of what USA commerical color looked like in 1954.
Well, what it would have looked like if the transmitter had been fed from a CMOS digital camera.
That year I asked for a color TV, an RCA CT-100, for my 9th birthday. I
didn't get one then, but did earlier this summer, and I restored it.

This is what pictures look like on it. Methodology is as follows. The image is a digital
photo of temple in Kuching, Sarawak, made on a recent vacation, chosen
for color detail. Note: its actually seriously pillarboxed, it filled the screen height
but not width. I enclose both the original and image off the TV screen. The photo
was played back through a Sony Bluray player off a USB stick with the attached
original on it, modulated through a commercial quality modulator. I later
got a near-broadcast quality modulator which makes the reproduction even a
tiny bit better. This TV has been carefully calibrated to the usual HDTV standards (it has all the
necessary adjustments). The picture of it was carefully Photoshopped
with the computer monitor sitting on the TV so that the image on the monitor
exactly matched that on the TV. This means that the difference between the
two photos on your screen represents the exactly same difference I saw
between the original on my monitor and the TV. As you see, the TV has a serious
case of pincushion.

I think you can see why the FCC did not hesitate to approve NTSC color in 1953.

Calling it "Never Twice the Same Color" is a red herring. It was only true with
careless local stations. When I was a college student my third best friend was the
station engineer three late nights a week during the Johnny Carson Show,
broadcast live. I mercilessly chided him if anything was wrong, which it
seldom was, and it was instantly corrected. Even in 1954 our local station
had locally originated color and it was always just fine. 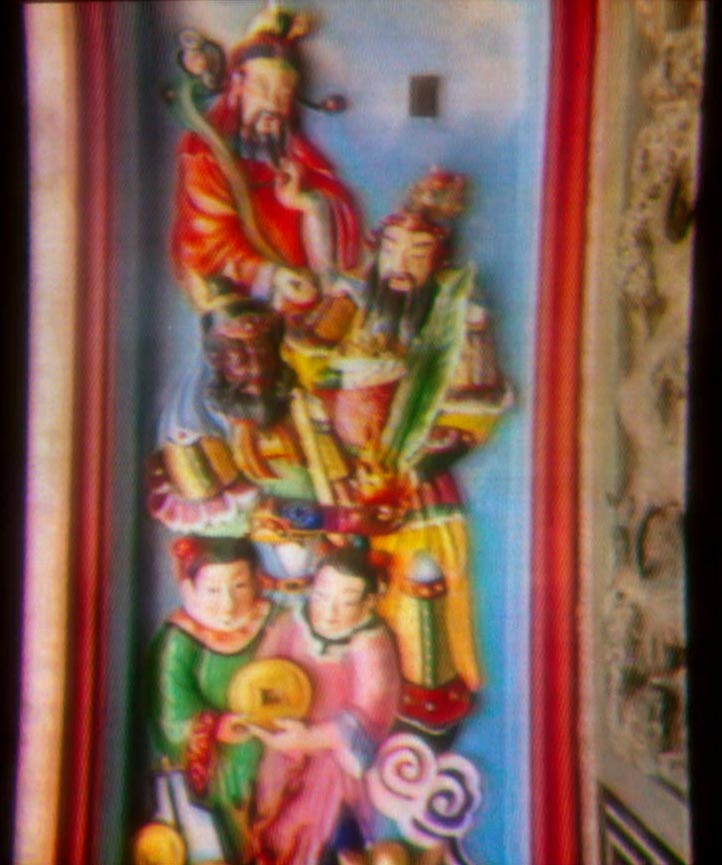 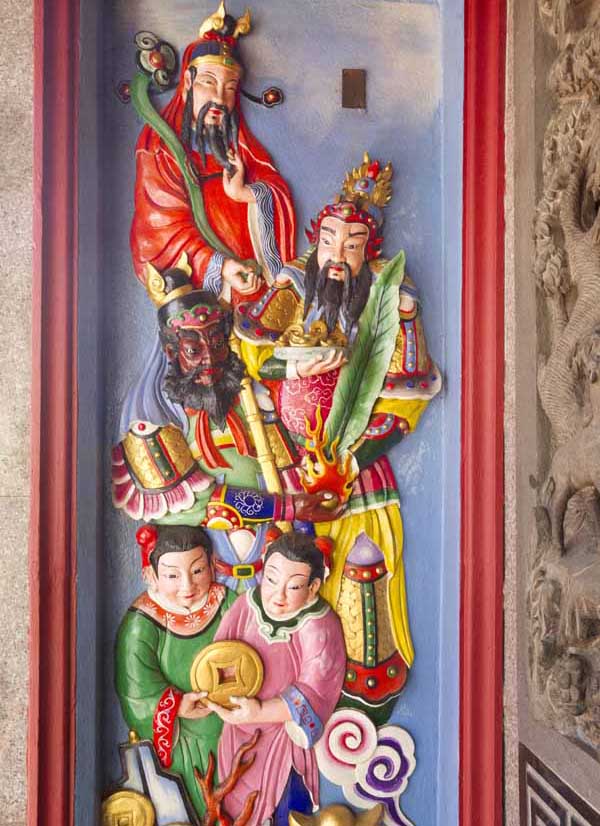 Fascinating... and most impressive!

It's time to fire up my 405 line colour set again.

... However with the technology of the day it must have been hard work for the enginners to keep things looking good ...

I recall seeing part of the funeral of Bobby Kennedy (in a customer's house) in 1968 ...

At one point,the motorcade is proceeding along a road away from and directly in front of, and below, the camera position.

The registration of the camera tubes was so bad that the right hand tail light of each vehicle appeared on the left of the vehicle and the row of left hand tail lights moved slowly though the crops growing in the field beside the road ...

... However with the technology of the day it must have been hard work for the enginners to keep things looking good ...

Camera and receiver convergence could be a problem but at least it was a reasonably static one the biggest registration issue with early NTSC was between the phase of the colour burst and the chroma which suffered all sorts of vagueries in transmission.