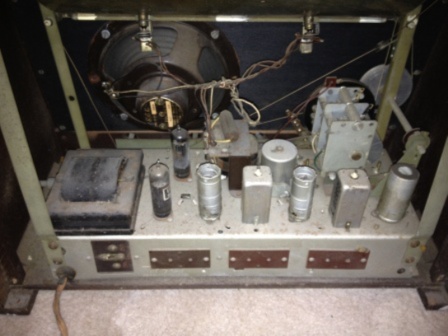 Here is an unusual set for the keen tv collectors .
It's kit set produced about 1973 using mainly solid state design with the exception of
2 valves in the line output stage ( PY500A & PL509 )
The set is not one of the prettiest sets in my opinion, although it's only the 22inch version it's rather large cabinet & mains transformer make is a bit on the heavy side
This set came with a set of panels that had never been made up & all the components to fit the PCBs in fact almost another complete set
The set is in working order now there was no picture when I got it
This was due to an o/c 1.5 meg resistor in the width circuit
All is needed now is a good setting up & should be an excellent example of quite an
Unusual set . 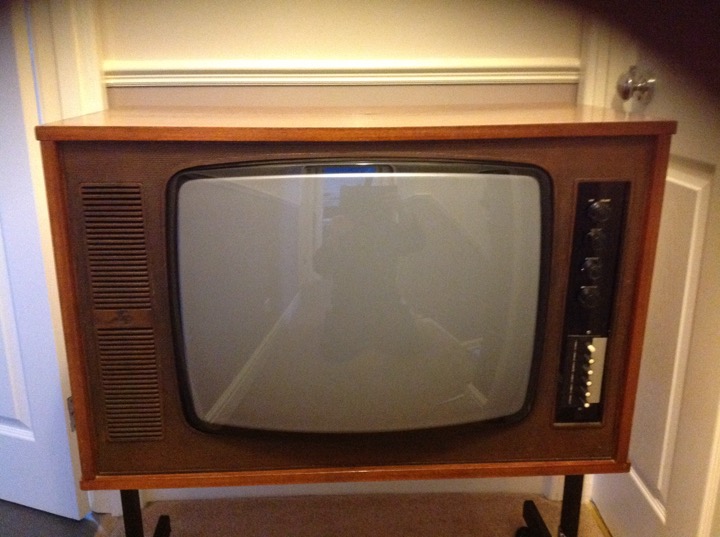 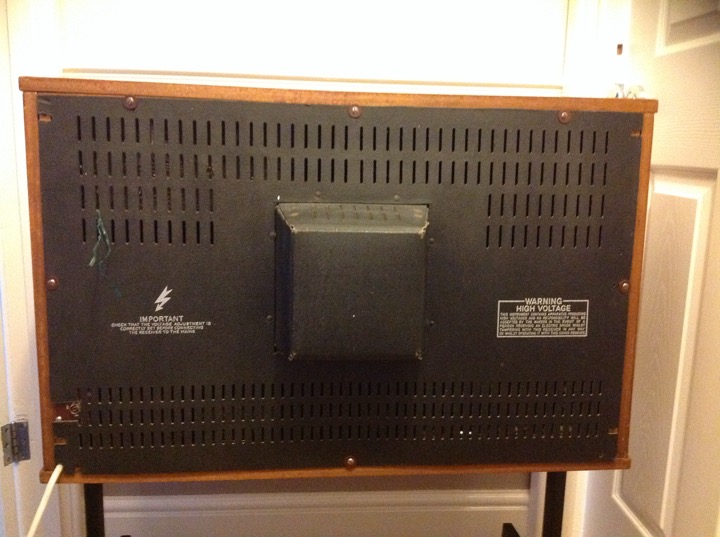 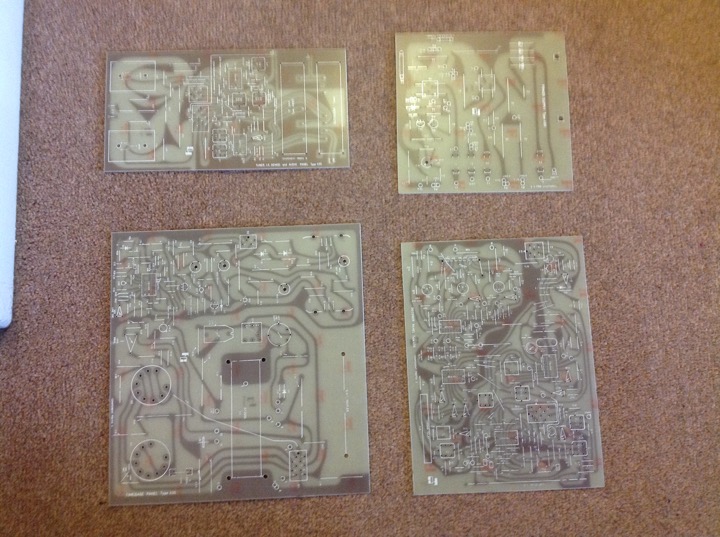 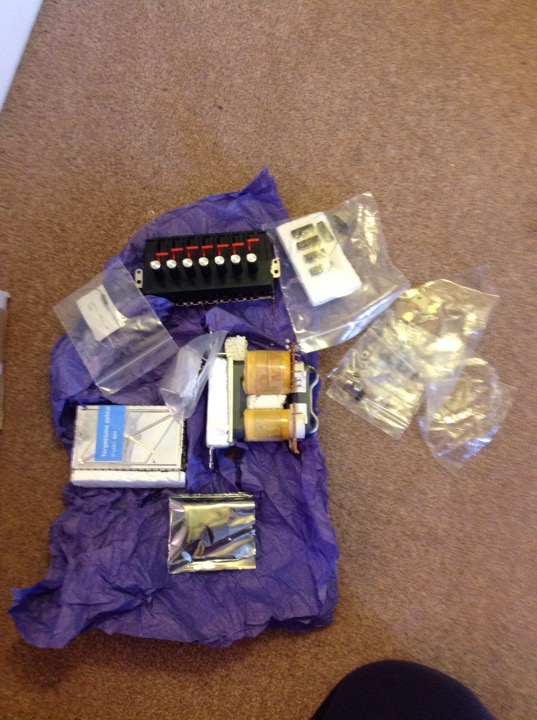 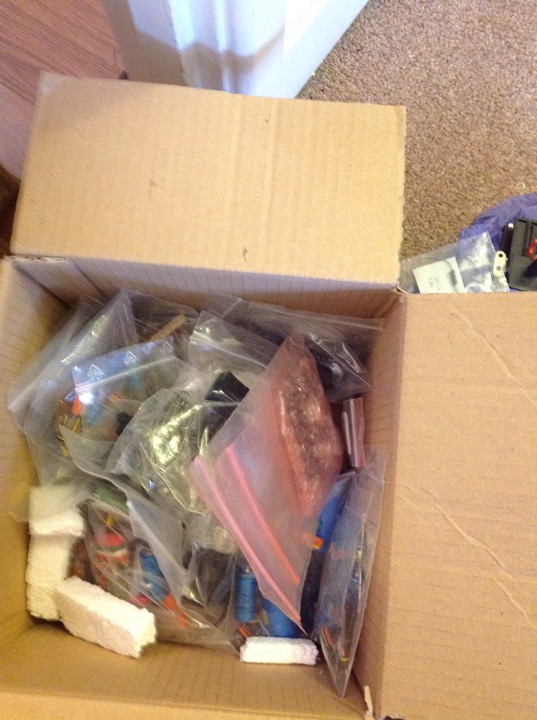 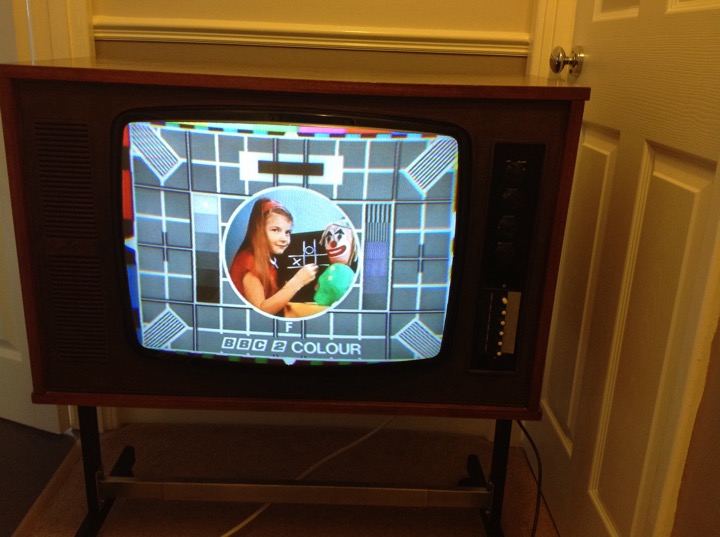 That looks pretty good! There can't be many of those around. Lets see a few shots of the innards!

This is the layout of the PCBs 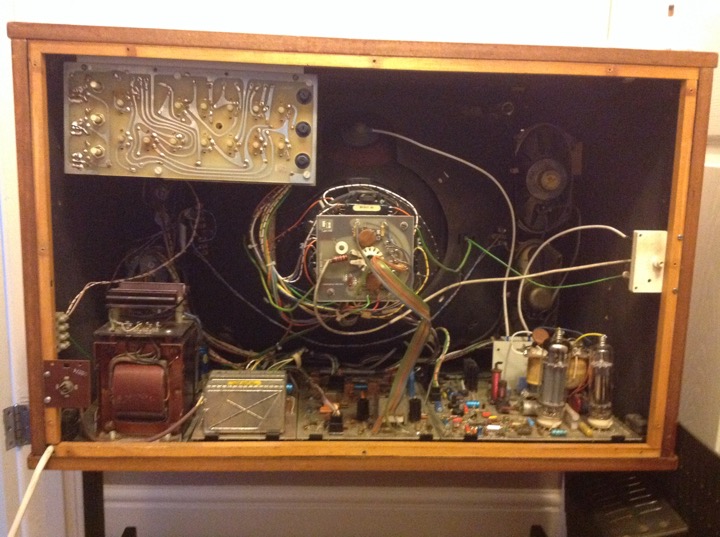 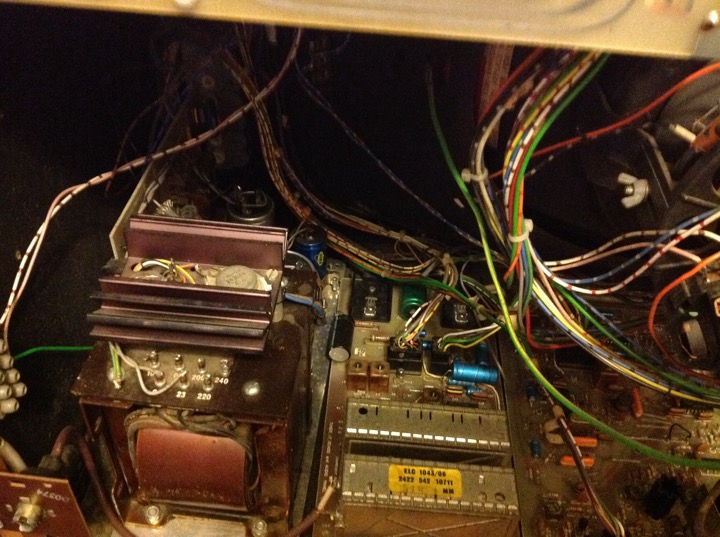 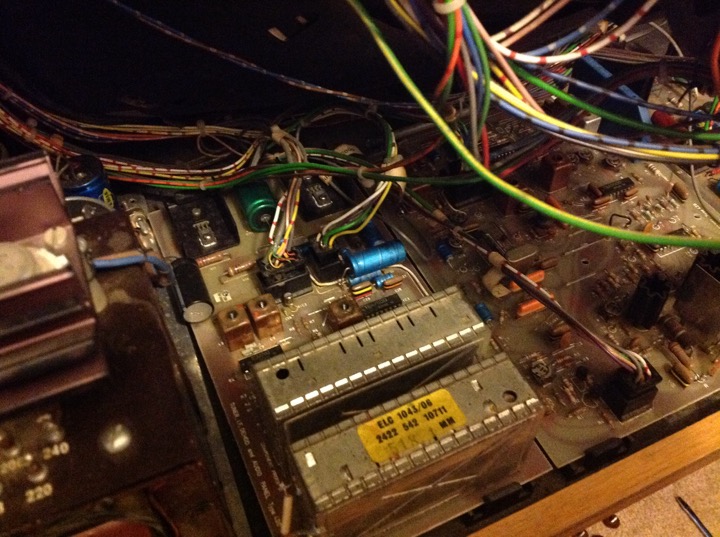 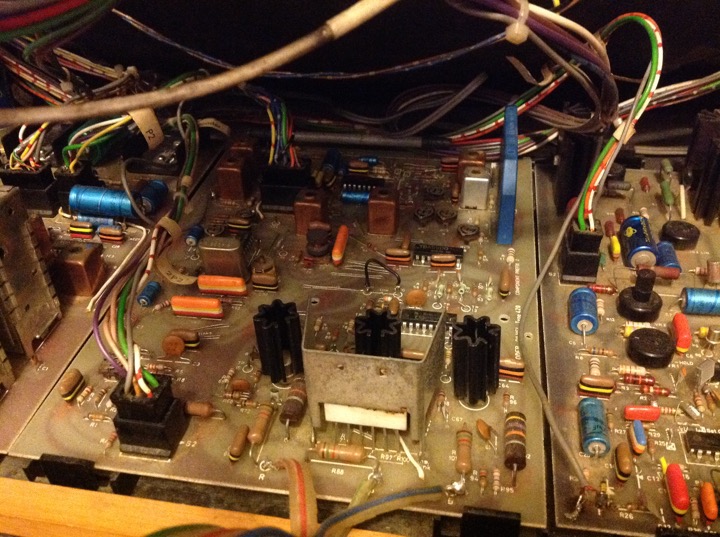 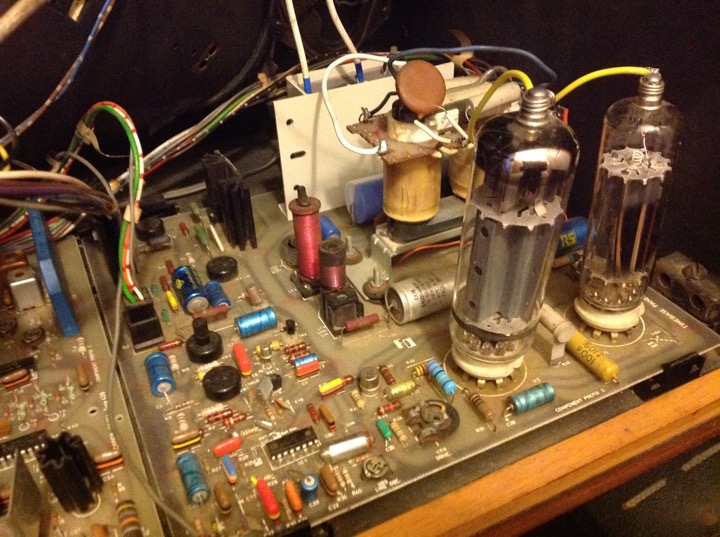 Very nice !!
From the front at first glance, it looks a bit PYE like.....and with the back cover in place, from the rear too.

That was my thoughts too , very PYE looking
But inside very different

It looks very well built. Must have been a great construction project.

Very nice !!
From the front at first glance, it looks a bit PYE like.....and with the back cover in place, from the rear too.

I agree, looks very much like a CT205. Picture looks pretty good Chris.

Incidentally I used a Pye CT205 cabinet as a basis for the PT magazine project from the early 80's. This had a thyristor line timebase and had a problem I never quite solved. About 1 in 20 switch ons the line timebase would squeal loudly and the EHT and LOPT derived rails would be sky high. I'm sure someone at Philips must have built one and had the same issues, I'm certain this is where they got the idea for "Ambilight" as in a darkened room when the effect occurred the CRT heaters projected on to the wall behind the set.

I like the simplicity and solidity of the Forgestone.

Imagine the excitement of obtaining a kit back in the day and spending each evening assembling it all piece by piece.