As mentioned yesterday in the three amigos thread in the members section, Gary, Chris and I ventured on a road trip.

We all came back with our spoils although I didn't get what I went for which I was a little sad about. Hopefully Gary and Chris in due course will entertain you with their new threads detailing their sets and their subsequent repair.

My reason for going was to come back with a Thorn 4000 but that was too buried in the back of a building to get at. However I will be making the trip once again when access to the 4K has been made easier. Rest assured that set will eventually feature here and I'm very excited about it.

This is what I came back with as a consolation prize, in truth I've been looking for one of these for quite some time as they are so cute. I also have a fondness for Baird, this will be my fourth CTV of theirs. The only other M718 I've seen was a flood damaged one that now resides in Tas' collection, his one is not working at present as I believe it awaits a frame output transformer.

I have to say the 700 series is one of the most enjoyable chassis' I've had the pleasure to work on, this one is only slightly different in its layout. I will come to all that in a minute but first as is normal with my threads, lets set the scene by dusting down the time machine, set the controls for October 1968.

The 22nd of October 1968 was a Tuesday, under the sign of Libra. The US president was Lyndon B. Johnson (Democratic). In that special week of October people in US were listening to Hey Jude by The Beatles. In UK Those Were The Days by Mary Hopkin was in the top 5 hits. My all time favorite movie "Ice Station Zebra", directed by John Sturges, was one of the most viewed movies released in 1968 while The Salzburg Connection by Helen MacInnes was one of the best selling books.

Anyway without any further ado let me introduce you to this fine example of the 700 series a Baird M718. 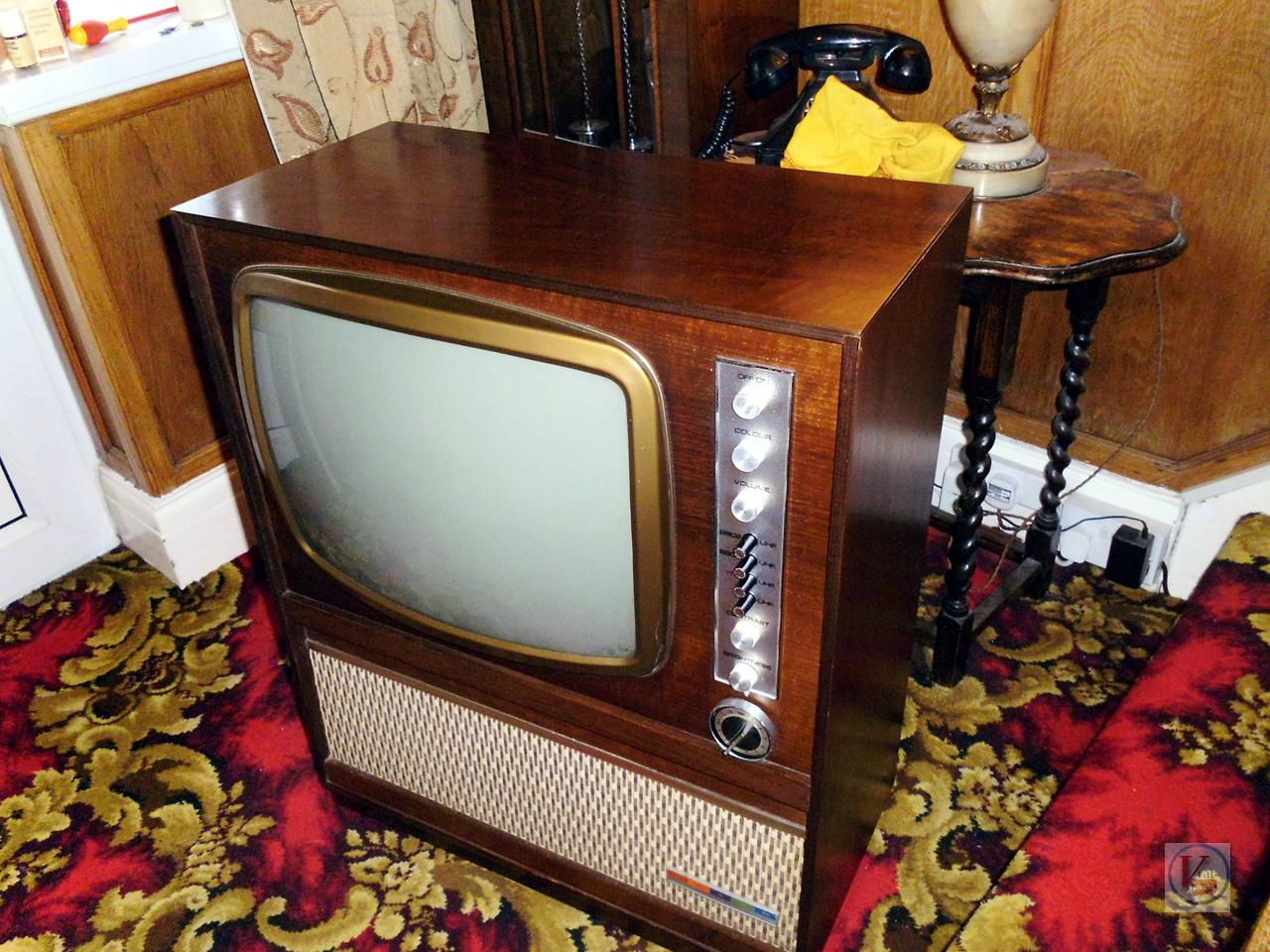 One of the first generation colour televisions you could have bought or rented following the launch of colour television in 1967. This one was manufactured 22nd October 1968 as evidenced by markings on the cabinet interior. This particular model has the Mazda cathode Ray tube installed. 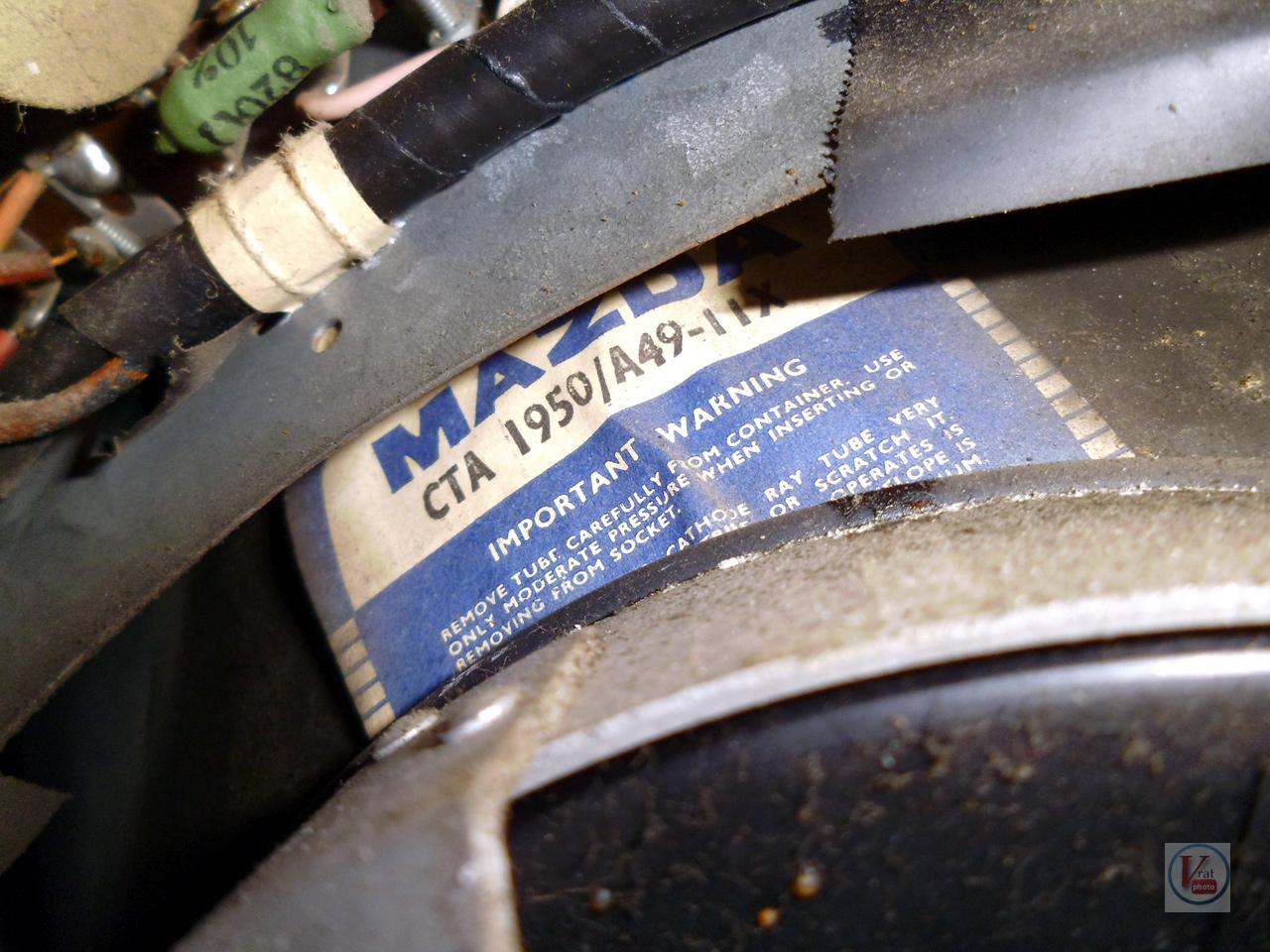 The 700 series sets quite rare, this is partly due to the Radio Rentals Recover and destroy policy. I have this information on good authority from an Independent TV engineer, who had his own business when colour TV was launched and was a Baird dealer. This particular 19″ model is less frequently seen than the larger 25″ variants. In fact I’ve only seen one other and that is owned by a chap called Tas. If you have one or know of other 19″  that have survived, please leave comments below.

Introduction to this set

This set was bought from new and owned its entire life by the original owner, he also happened to be a TV engineer so he maintained it himself. He eventually passed it on to the next owner 20+ years ago, this new owner did nothing other than store it away until I purchased it in Feb 2017.

Physically the cabinet is much smaller than the large 702 (see below), much easier to move. From initial observations of the 19″ version of the 700 series chassis has some slight differences to the 25″ 700 series chassis. The 718 employs a push button tuner for UHF whereas the 702 uses a rotary one. It also has a rather nice control fascia which shimmers and has a mother-of-pearl appearance, though its just a machined finish. With regards to the UHF push button tuner, its totally seized. I'm convinced this will be due to the cold making the grease solidify, once Its removed and cleaned up I'm sure it will operate once again. 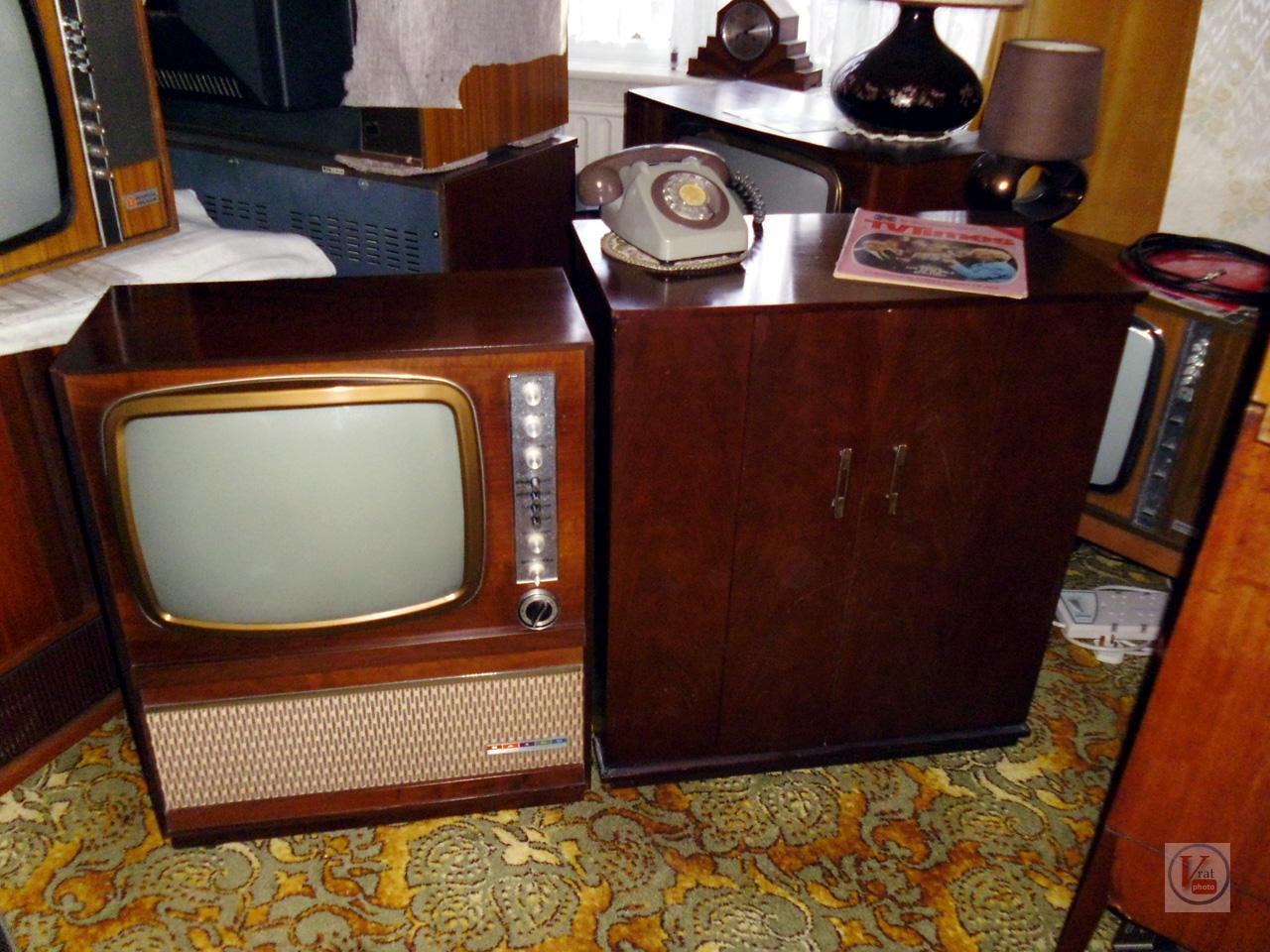 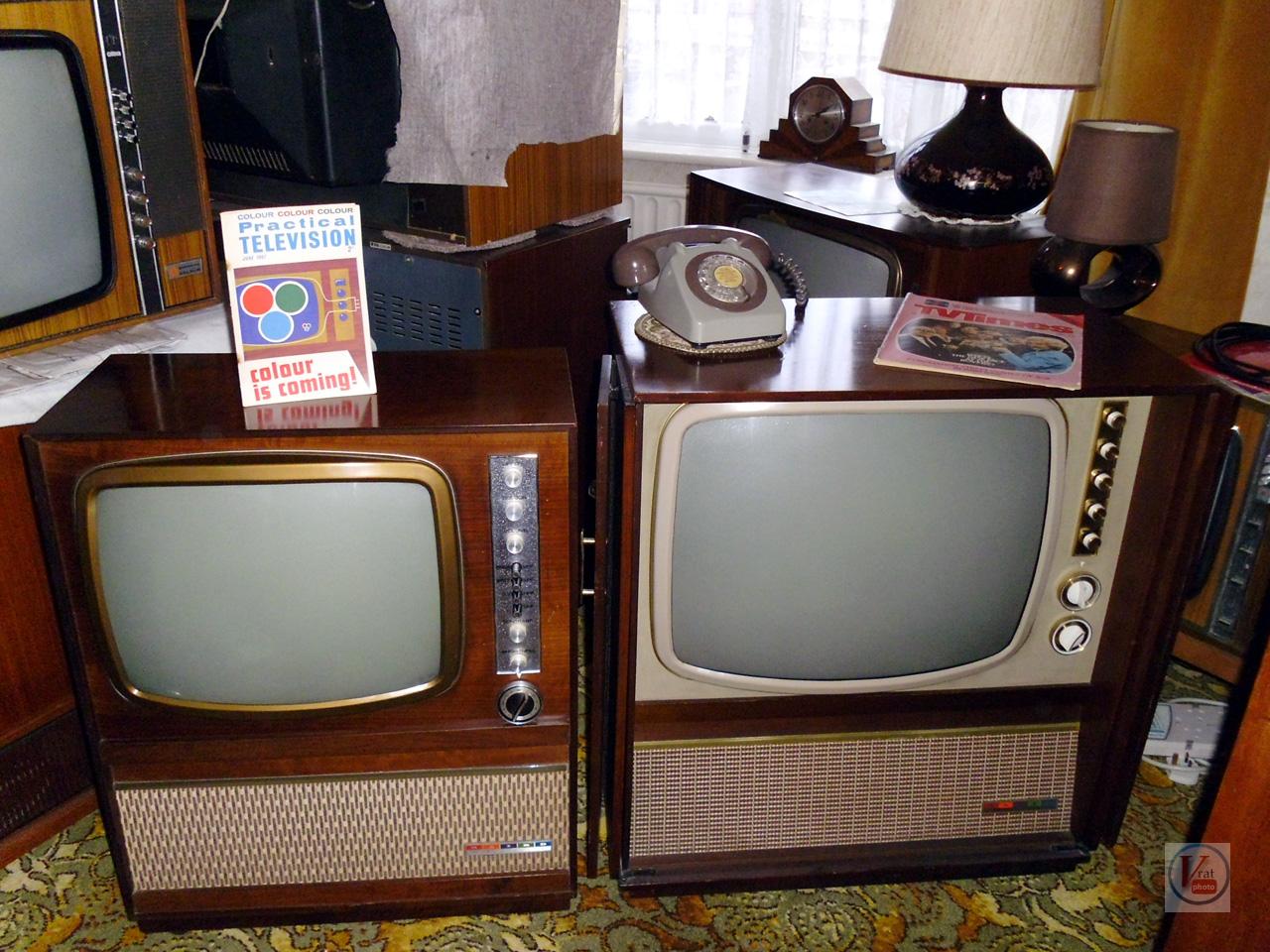 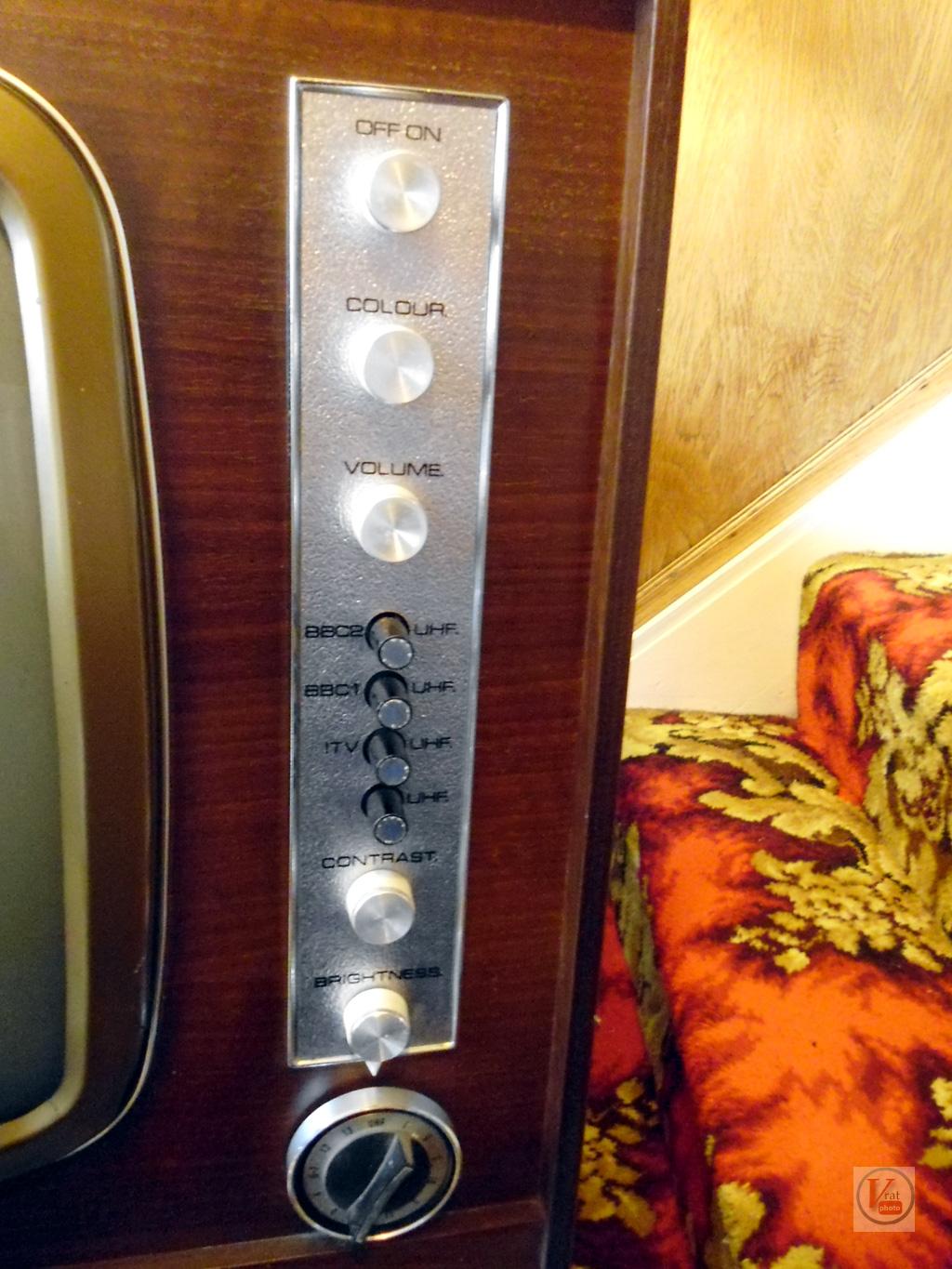 Overall the cabinet was in great condition just suffering from being stored in a cold garage loft for 20+ years, the finish all dull and flat. I spent the morning with beeswax and ‘00000’ grade wire wool, finally much buffing revealed a splendid finish. Thankfully the CRT mask is complete, with some minor cracking to the bottom right corner. Baird used two types of mask one which was brittle the other slightly more flexible. The former is often found in a very sorry state even more so when a replacement push through tube has been installed, that puts pressure on the mask causing much damage to it. This is not the case with this set as it does not have a push through but has its original steel shrouded rim-band. The cracking I have can easily be repaired with some fiber matting and epoxy to strengthen the whole assembly.

At the rear the chassis has been squeezed and two bottles replaced with this odd stacked tubular affair. A rather poor description I know but I’ve not had time to delve in there to investigate, I will expand on this in a more technical manner in due course. A further observation peering into the rear shows the unique Baird tripler has also been moved when compared to the 702. Hopefully this will be OK but I’m not concerned if its not I’ve already rebuilt one of these and its a doddle, see here. 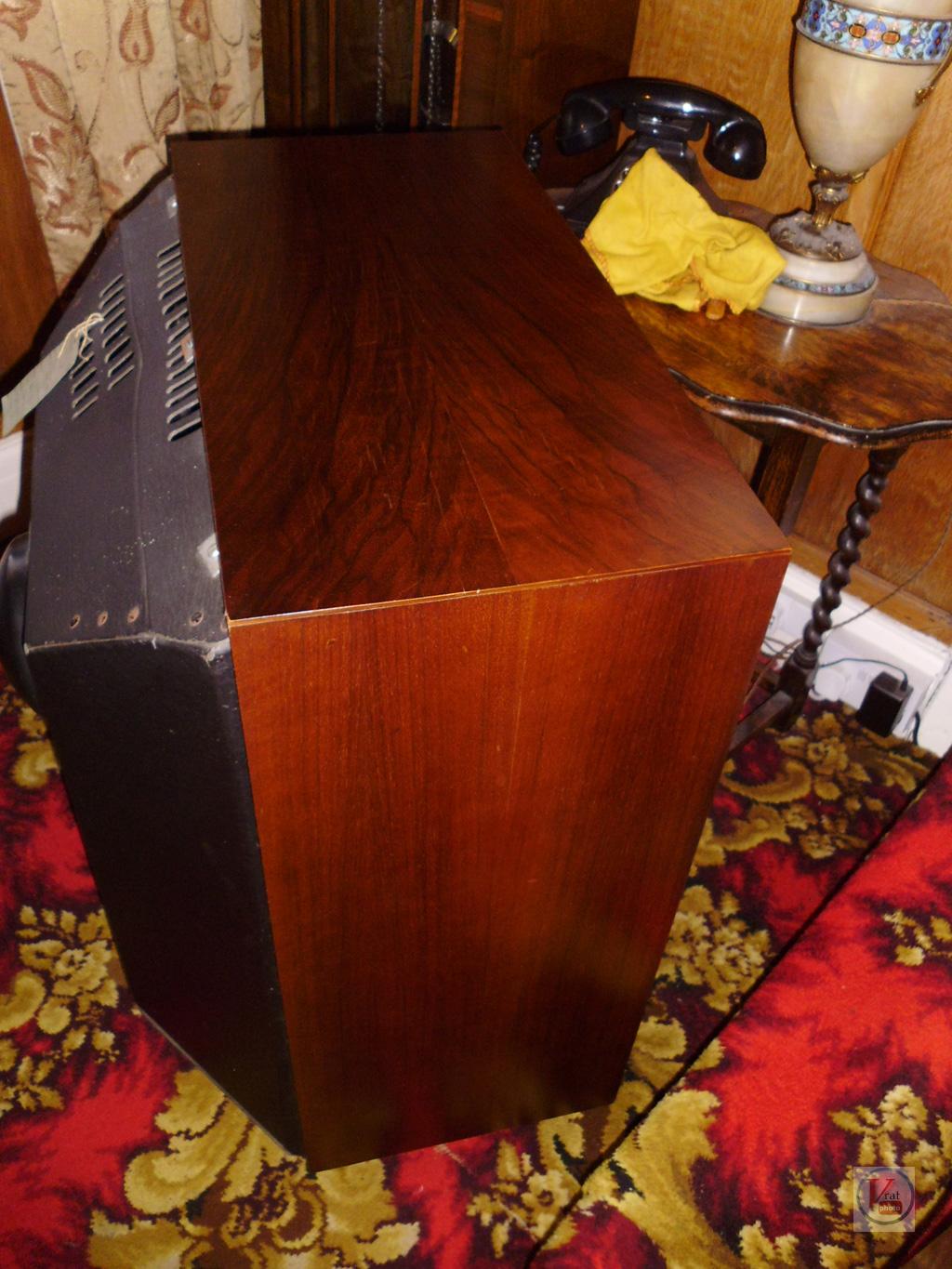 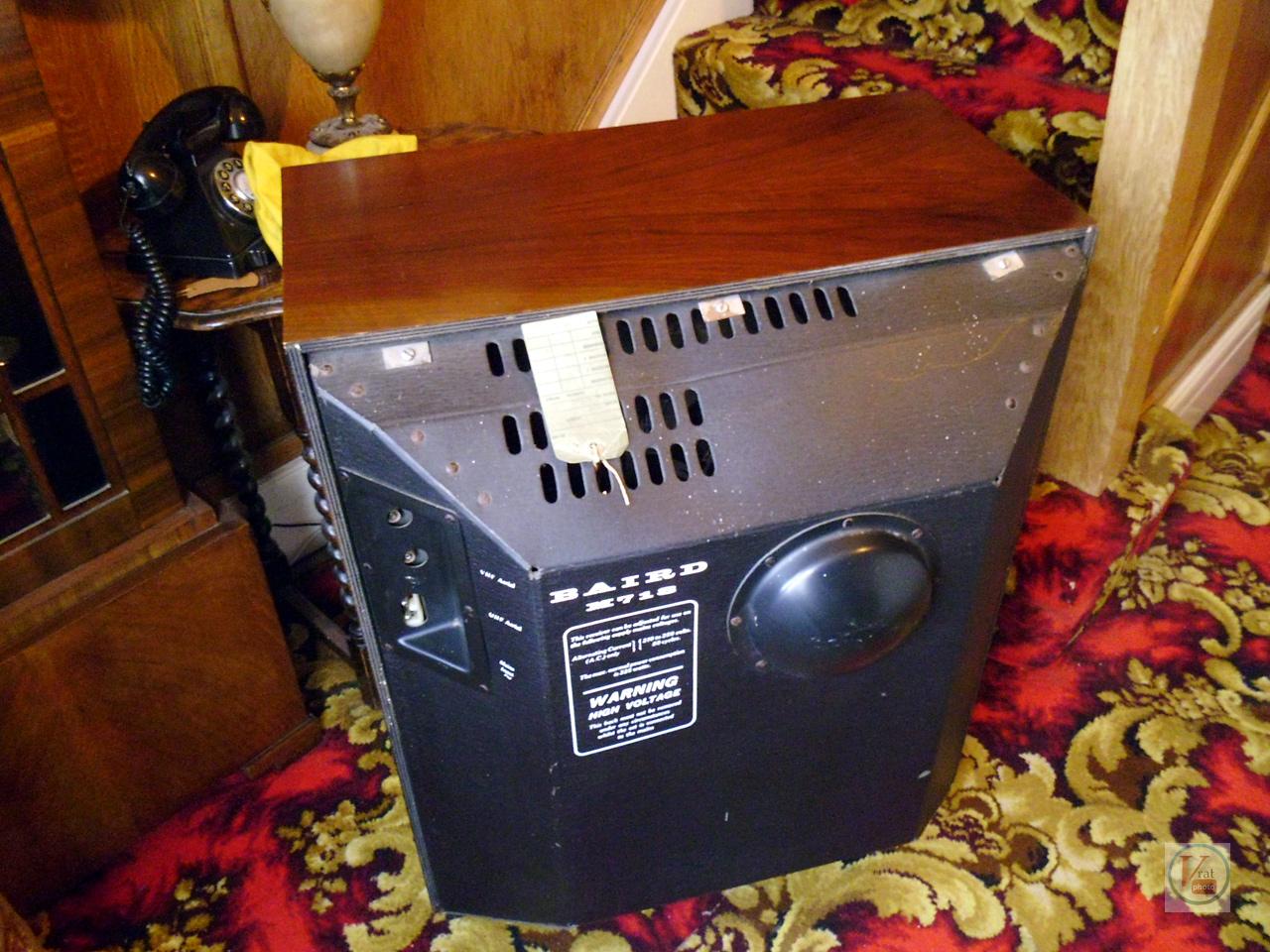 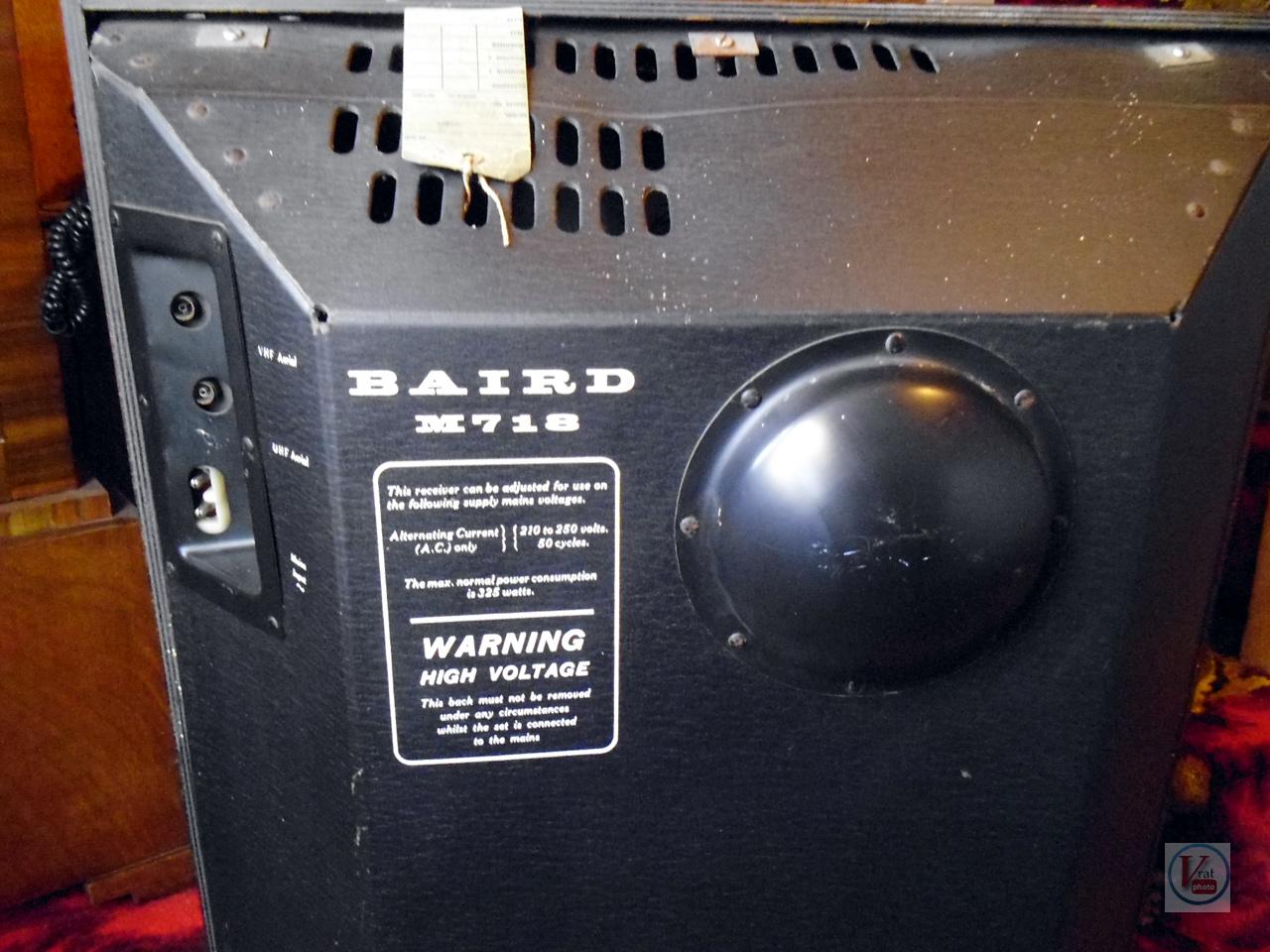 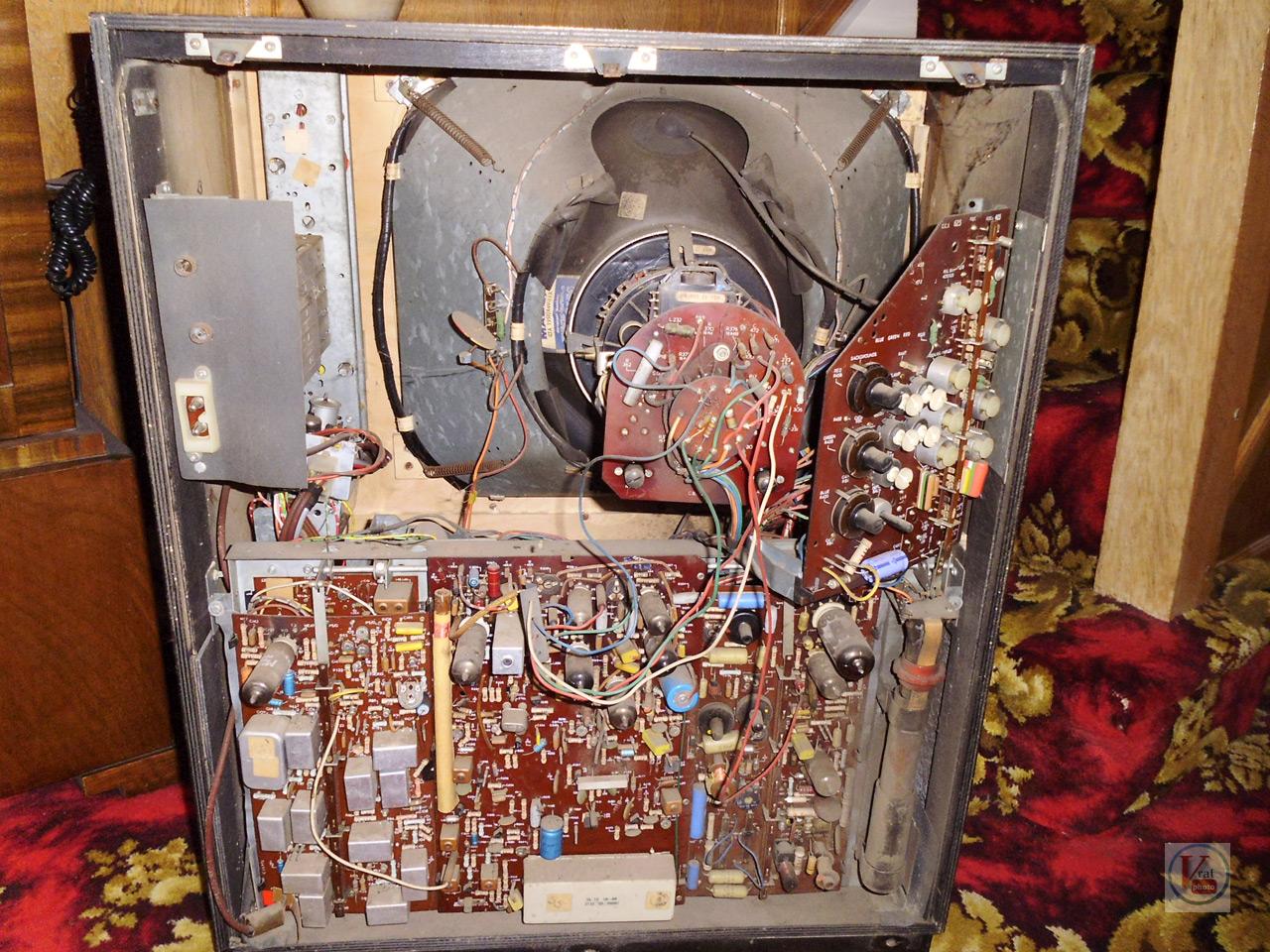 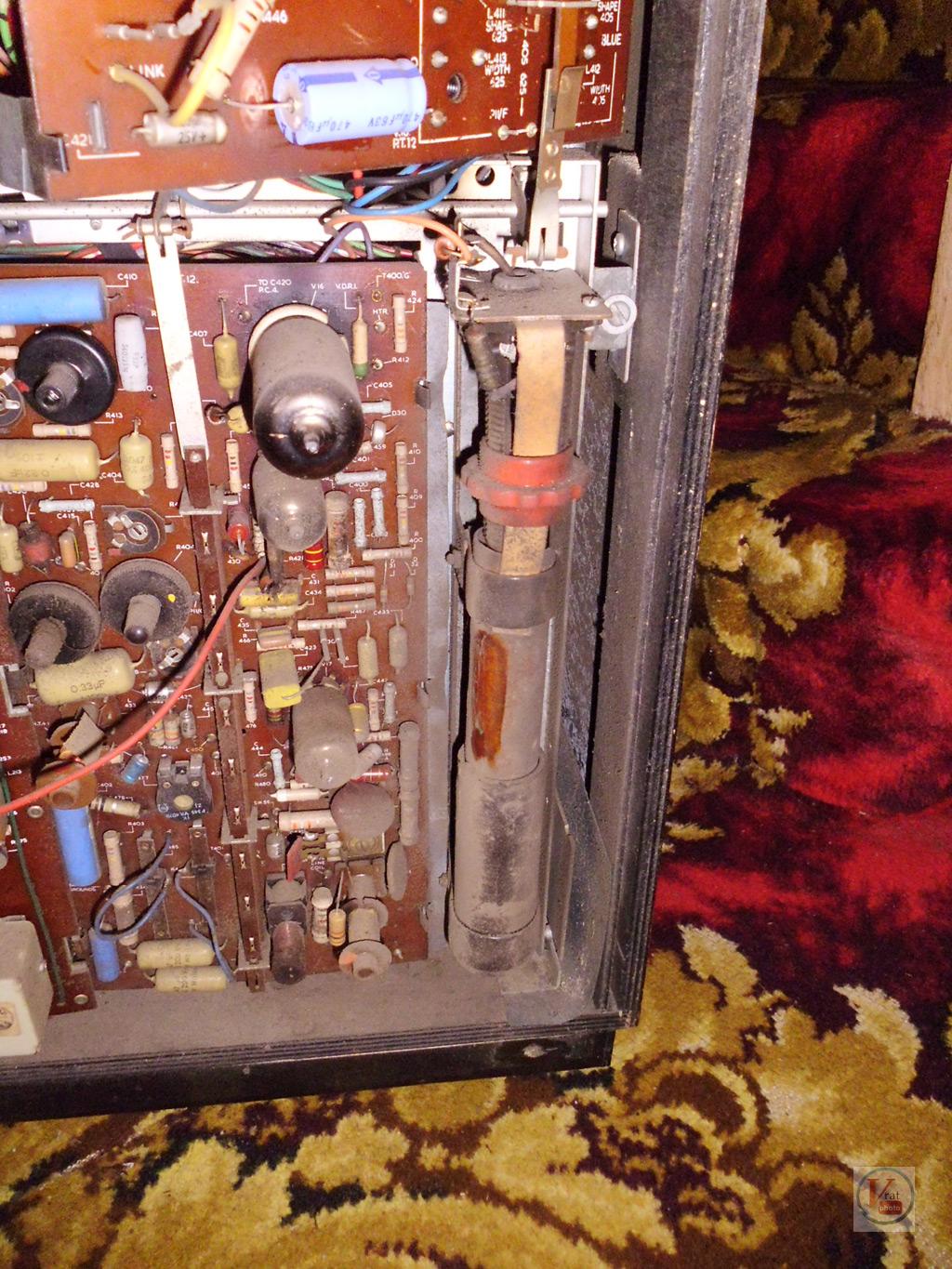 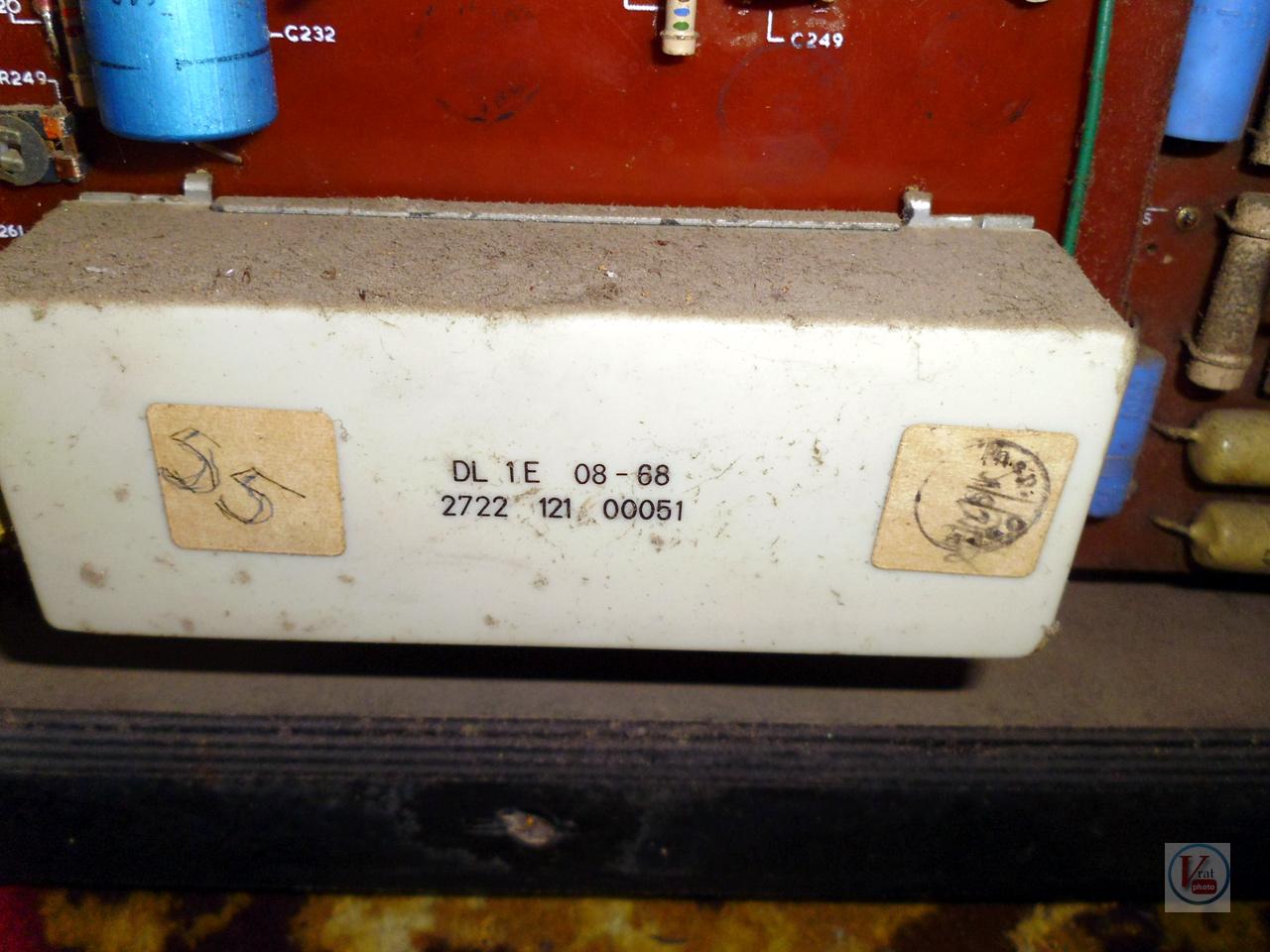 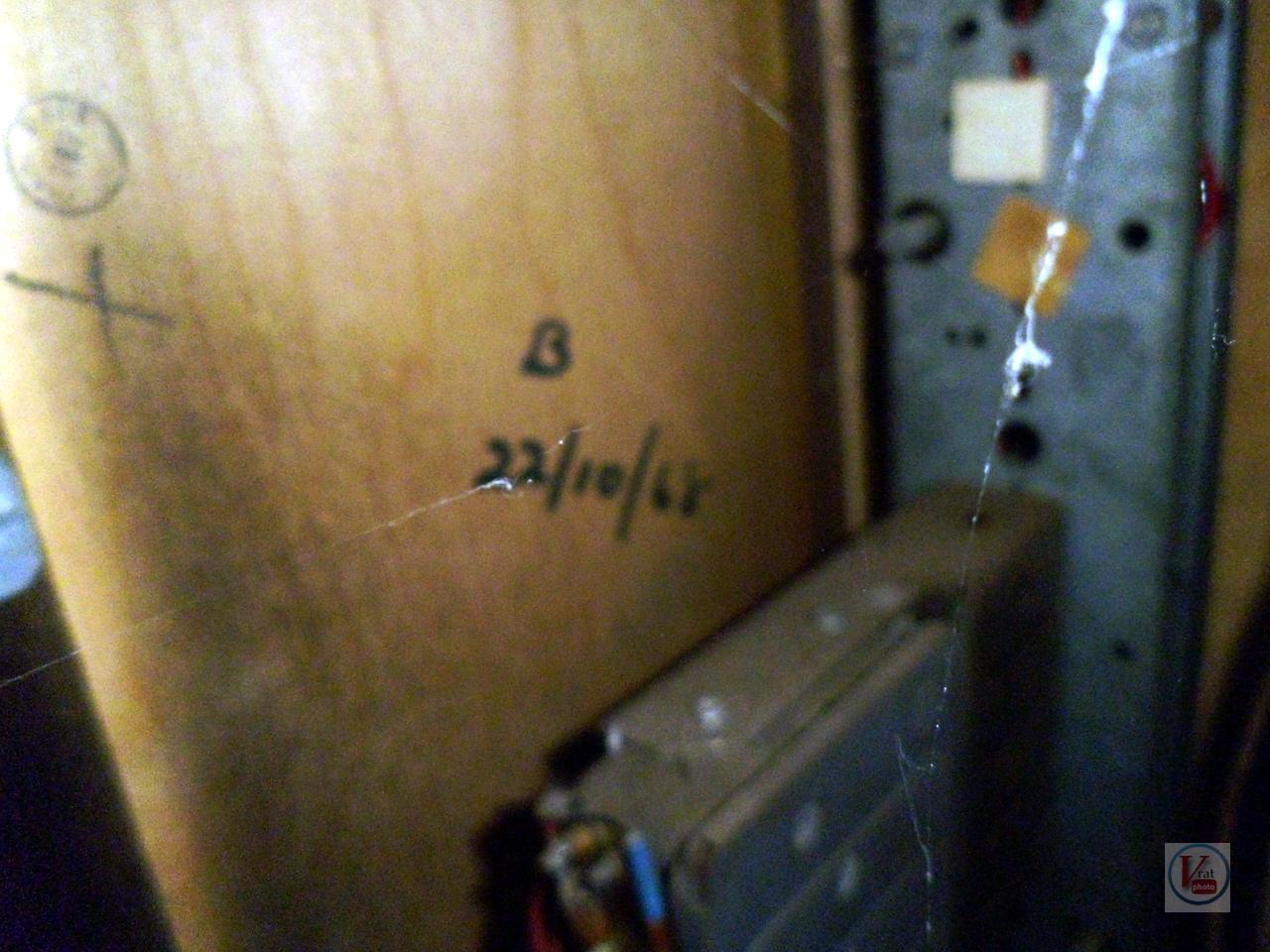 Well the CRT will be tested, I'm not bothered if its duff as I have a brand new boxed New old-stock RCA 19" CRT. Once I know the state of play the chassis will be removed and given a base-line evaluation with regards to condition and potential faults.

However for now I have to fix the fergy 3603 LTB fault and clear that from the bench, once that's out the way this one is up next. This nice thing with the set being so small the entire cabinet will sit on the bench. However the real beauty of the 700 series chassis is it can be removed in one lump then access is superb for servicing.

I'm really looking forward to seeing this on the bench - and I just knew you'd be getting a 4K (in the preferred sense!) telly!

Is the Mazda CRT made in U.K or an import?

My own opinion on Colour CTV set screen sizes is that the sets were so expensive in 1967-69 that it was thought the 25inch screens would be an easier sell to those who had money and larger houses. We sold many more 25 inch sets than 19inch ones, not that we sold any huge numbers.

Wow ! That looks a grand set you've got yourself Chris, very nice.

The curious looking tubular item at the bottom right of the chassis appears to be a focus control to me.

Jayceebee said
The curious looking tubular item at the bottom right of the chassis appears to be a focus control to me.

I was wondering that too. It certainly must be at a high potential due to the dust the area has attracted.

OK my mistake, this is not the 700 series chassis. I have the original Baird workshop manual for the 700 series, there; sno mention of this device or the Model 718. I looked in my Radio & Television Servicing books 1969-1970 and found the chassis is actually the 710 series 22 pages of info.. Phew! that's a relief, all scan it and upload to complement the 700 series info already in there.

It clearly mentions and shows the 25kV VDR with the knurled ring for adjustment.

It also states the convergence panel is removable to assist with convergence.

Another discovery, is this the first use of an i.c. in an early colour set, 1968?

The i.c used (and I've not checked it) is apparently an RCA CA3034v1 used for all the signal processing components with the exception of the phase-detector transformer.

cct of i.c. below

Hope that's not fried or that I toast it as I expect they are rare if not unobtainium.

It clearly mentions and shows the 25kV VDR with the knurled ring for adjustment.

It's in a vulnerable place too. Think dog cocking it's leg.....  sizzle sizzle OUCH !!

Hope that's not fried or that I toast it as I expect they are rare if not unobtainium.

Ah that's why I didn't initially spot it. I would have expected an i.c in a DIL package not a 10 pin can, not used t seeing these.

RCA seemed to like that type of packaging, didn't the TAA350 and TAA570 sound IF amp/det use similar packages from Mullard?

I played around with some of these early IC's in the 70's. I hope they don't suffer from tin whiskers......

sideband said
I played around with some of these early IC's in the 70's. I hope they don't suffer from tin whiskers......

They don't. If memory serves, the encapsulant is epoxy, in the same way that the AF12x transistors are.

I also remember the 723 regulator IC coming in this package, designated TO-100. See www.edutek.ltd.uk/Binaries/Datasheets/Regs/LM723.pdf

I've just uploaded the RCA i.c handbook to the library, here's some extracts on the CA3034 characteristics and its equivalents. I went hunting through my components and found a handful of these i.c can packages a few were CAxxxx, some SFXxxxx. Typically none that I might need for the 718. I will order some for stock just in case.

As you may recall above I stated the tripler appeared to be in a different position to the 700 series M702. Further reading reveals although housed in a similar  Paxolin box, the 710 tripler is a later type. This results in the PD500 shunt stabiliser being done away with and we get the addition of the already mentioned focus VDR.

I mentioned above that the push button tuner was seized, in as much as the  channels selectors cannot be depressed. Reading the 1977 servicing article by Eugene Trundle, ( available up top via, Service Dept|Servicing The Sets) it states and I quote:-

Many models in the 710 range are were fitted with a push-button tuner which eliminated the maladies associated with the rotary tuning system, but had mechanical problems of its own with the actuating bar becoming dislocated. The cure is obvious on inspection, and usually involves removing the tuner cover to check and lubricate the bearings.