Skip to content
Forums
Electronics, Genera...
Colour Television
What are the TV's

What are the TV's

I was watching some youtube videos today and three TV's cropped up. Unfortunately the quality of the videos were poor so subsequently the screen grabs are equally poor quality, however that makes the next task a little more challenging. I Thought some of you might have fun working out what the TV's are.

The first was in a Heineken advert

The next two were presented via Judith Hann demonstrating Prestel.

The second had Prestel in-built (according to Judith). I have a sneaking suspicion this is a Beovision mainly due to the very large channel buttons and the DIN connection bottom right. Then again so did SABA so ICBW. 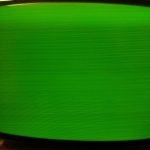 I thought the Heineken ad set looked a bit like a 20 inch 1500, but the screen looks too "curved". Its of that vintage though, with 4 pushbutton tuner very like a 1500.

With the Prestel demos and Judith Hann, as this was the BBC (most likely the Tomorrow's World program), the BBC would have done their utmost to hide the brands to anonymise the TV sets. Remember the "sticky tape" for sellotape and "sticky-back-plastic" for Fablon on Blue Peter.

I'll hazard a guess and say that the TV on the first Judith Hann  is likely to be Ferguson TX. The second set may be a Pye with its rounded cornered cabinet.

Some of you will recognise this one and the subject matter very appropriate for this section of the forum.

I'm not sure about any of the three sets in your first post but I have a sneaking suspicion that the second set may be a Philips or Pye with a K30 chassis.

I guess that is Quantel Paintbox, though the control panel may be a prototype or a BBC special design. It's not the COW as I though at first, that was a designs department special.

Strange that TW did not show the substantial "back end" of the system, with it's eight inch spinning discs and washing-machine motors, and 40U of electronics, must have been the start of the dumbing-down..

The Quantel Mirage... my goodness! I only ever came across the 3001 synchroniser and the DPE5001; the 5001 had a very similar control panel. With the various takeovers in broadcast over the last two decades, Quantel is now owned by Belden, the cable manufacturer (this was after Snell - formerly Snell & Wilcox -  bought/merged with Quantel to become Snell Advanced Media, or SAM for short).

Most likely TC8, given the presence of a Link 110 with a Schneider lens and it being camera 5 in shot.

Strange that TW did not show the substantial "back end" of the system, with it's eight inch spinning discs and washing-machine motors, and 40U of electronics, must have been the start of the dumbing-down..

If you look at the video closely, you'll see it's a Mirage. Plus if they'd put it on the studio floor you'd not have heard anything above the fans ?

Reading the YT comments below (seldom a good idea) I was tempted to write "PAL has 575 active lines, not 576!"... for those of us who remember their PAL spec!

The problem being is its universally referred to as 576i,  25 lines are lost on each field so the correct number of active lines is in fact 575.

The problem being is its universally referred to as 576i,  25 lines are lost on each field so the correct number of active lines is in fact 575.

Absolutely  Trevor. Field blanking is 25 whole lines plus one period of line blanking, making it 1.612 ms. So there are indeed 575 active lines - and if we wish to be absolutely correct, the active picture in PAL is 702 pixels wide - it's only 720 pixels in the digital domain 🙂

Close examination of the arrows on Test Card J show this.

I blame it on computers only being able to divide by two - professional Sony monitors show an SD signal as 575i on the status banner...