My gut started to tell me something else is going on here. So I went and opened up R16,R17 & R18. Set the system switches to 625 and powered up. Low and behold a really good TCF but virtually inaudible sound, I can barely hear the test card music. I changed channel back and forth on two UHF chans both tuned to the same TCF and test card music, briefly the sound came in loud as I depressed the button but went very low again.. Perhaps something in the tuner is failing to mesh correctly as well.

I checked the position of the switches (I/f, line & conv) they appear to be aligned as they should for 625. This is all very strange. The very low audio makes me think something is not fully selected or as I say something is not right in the tuner but then if I let the i.f. auto switch I get good sound but no vision. Aggggghhhhhhh  ?

As for me picking them, you're not wrong there. I can see why this set lay in some chaps garage until he passed, I bet he's having a right chuckle at me.

With the set as it is now try reconnecting R16 on the psu and see if anything changes.

The weak sound maybe due to an AFC fault pulling the tuner off frequency.

With *R16 reconnected its still works, I have the clear TCF but still virtually no sound. I can select a VHF chan and the i.f. system switch actuates the switch to the 405 position and sounds like degauss operates too.

* Note to those following: R16 is the fusible resistor that enables/disable the i.f. system switch

As for me picking them, you're not wrong there. I can see why this set lay in some chaps garage until he passed, I bet he's having a right chuckle at me.

You wouldn't have it any other way Chris.   ?

Like me, he is probably watching from afar with bated breath and excitement at each bit of progress.

If you return the set to the 625 channel does the TCF picture and weak sound return?

Can you get any improvement with the sound by carefully adjusting the tuning? if there is an AFC fault then you will be fighting it to tune to the optimum point as it will be trying to pull the tuner off frequency. An AFC defeat switch as with varicap tuning would have been handy.

I selected 405 and back to 625, the picture stays as above, good but extremely poor sound.  I've tried tuning the sound but its at its max. Going  each side of optimum vision makes no difference to sound. the only transistor not checked or changed on the whole i.f board is VT7 the AFC in the can. 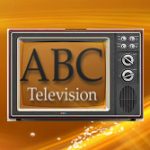 Have you tried touching the audio out with a screwdriver from the IF to the audio board to see if you get a loud buzz to make sure the fault is not there. The audio board may have worked but now has a fault.

No but I've installed a known working FTB/sound board and the fault remains. The fault lies as discussed yesterday exists either in the i.f. module or the tuner.

The fault is definitely in the i.f module. I've just installed a working spare and my head was blown off by the sound. So back to the bench with the i.f. board, this is looking like an AFC problem.  But before I do that I want to put the i.f module back in and see that I still have a good picture with low sound, as I'm sure I've been here before!

Put your "Columbo" hat on and eliminate the suspects one by one. "There's just one more thing..."

OK for some unknown reason I have sound but with a whole host of associated problems. These intermittent faults are a real pain.

I'm going to humour myself and replace the tuner as I have a nagging feeling, as some channels are now failing to physically lock.........There's some sort of system switch in there too.

The manual states that there should be 13 volts on the AFC line with no signal, that’s a starting point to look at.

Even disconnect the AFC and supply the 13volts, the set should tune ok without AFC.

Before doing anything I decided to do some live voltage tests.

Herein must lie the fault.

Anyone know the differences between a BC107 and a BC107A? I'm having trouble determining this from the Mullard Tech info.

Anyone know the differences between a BC107 and a BC107A? I'm having trouble determining this from the Mullard Tech info.

Gain group. A was the lowest.

You have the voltages you have around VT8 because it's turned hard on - simple Ohm's law will tell you this. So you now need to ask yourself what is turning VT8 on so hard. Is it instability further up the chain, leakage, what?

[..] Then If no further improvement I'll get in and check VT7 in that can, which is the AFC amp limiter.

As mentioned before this is a pain to get at

Therefore as I have other options  to test this, I unsoldered an AFC module from a scrapper and installed it into this board.  Now the sound is nice and loud also as a bonus I even have colour. The fault was in the can, most likely VT7 seeing as all the other silicon had died on this board.

With the donor AFC can installed I do still have some problems. To get good sound without a little buzz, the picture has to be tuned slightly off signal. Likewise to get a clear picture, you have to accept some sound buzz introduced when tuning. I guess that's all down to having to do a proper set up now its got a new AFC module.

At least now I can also see there's pretty much nothing wrong with the sets decoder. In fact the set is now running with all its original (Psu - Psu reg - i.f. - Chroma - Ftb/Snd - Ltb - eht reg - Conv)  boards, with the exception of the video. The one I'm using here was installed a couple of days ago so I could concentrate on one fault at a time. If you remember the original video board was just giving all red.

That's it for today, I'll set about replacing VT7 in the failed can, and prove this tomorrow. Then I will put the original video board back in the set and start tracking down why its just giving red.

Looking at the circuit, you're forgetting that there are two diodes in the discriminator can assembly. From the voltage measurements you provided around VT8, VT8 is certainly doing its job and if VT7 was open, short or whatever it would not make a blind bit of difference to the operating conditions of VT8.

What would make a difference is if either W9 or W10 was o/c as it would seriously unbalance the discriminator and apply a full correction voltage from the AFC circuit to the DC amplifier VT8.

I'm almost inclined to suggest lifting one end of R80 just to prove the point.

Well done, you are now getting somewhere. Picture looks great from here. ?

It would be good to replace VT7 and re-install the can, it will be interesting if the buzz clears.

If all the transistors were zapped, then it follows any diode could be too. That VT7 will be fun to replace, need to be a surgeon !

Looking at the circuit, you're forgetting that there are two diodes in the discriminator can assembly. [..]

I'm almost inclined to suggest lifting one end of R80 just to prove the point.

I hadn't forgotten about the diodes, I was fully aware they were in there. I remind you that unlike many here yourself included, I haven't spent 40 years in electronics, so I cannot look at a circuit and instinctively grasp what is going on. I need to study and study,  plod  and plug away, sometimes very inelegantly to others.

Prior to the transplant and my post above, I checked and replaced R81, R82 & R83 all had  gone high and out of tolerance. Yep I'm working my way backwards, When I got to R80 that was high but more significantly I  could see the voltage in and out was very wrong. At  this point I felt for sure the fault was in the can or perhaps the can within the can (diodes), I didn't know why but felt it must be the transistor or diodes . Rather than spending ages trying to unpick it all I thought I would quickly check and do a can swap. That's what I did and that's what I posted about above.

After posting about it and having some dinner I decided to go into the can and see what had actually failed, as I say, to me the suspects were VT7, W9 or W10. Wrongly my money was on VT7 as it was soon revealed to me when tested. So it had to be one of the diodes and that's where I'm at. I'm going to be opening up the can within the can shortly to find out which one or maybe its both?

This is the trouble with trying to post about the repair as I go, without micro blogging my every thought and action, it looks like I'm missing stuff, sometimes that may be true, others not. Perhaps I should stop posting and just do write up at the end of it all when the set is working or at least when a stage is working.

In which case I won't report on the upcoming video board repair until its working. Then I will detail what I did and it will avoid the finger pointing.

Well I wasn't expecting that! both diodes test OK. I did a test with the multi-meter  and got .318 and .299. Then tested with the peak and it reported then correctly.

Judging by the amount of silicon you've changed and presumably found faulty leads me to something worrying; has it had a lightning strike in the past?