As an adjunct to Chris' G6 project, I mentioned power monitors, and to be honest, I think it's a subject which could be worth a thread of its own. There are several makes/types available, but the most commonly found would appear to be the "Kill-A-Watt" which would appear to be predominantly aimed at the USA market, followed by HOPI, which appears to be aimed at the global market. There are others - Mine is one of the 'others' and has proven itself to be a useful tool to keep handy.

I might also suggest as an aside to all of this, that it could be handy to have some form of power monitoring device on the mains supply? Thinking back to the growling Iso-TX, a power monitor, something like the ubiquitous "Kill-A-Watt" - I have an alternative version, which is useful in identifying when a device/appliance is drawing excessive current even when all else appears normal. It can save valuable kit from being destroyed. About £10 each from eBay, and can monitor Volts, Watts, Amps, and Hz, displayed on an LCD (Though not all simultaneously).

Now then, the Kill-A-Watt. I came to the conclusion that a "HOPI" power monitor would be the perfect workshop companion, since it can monitor all the same parameters as the Kill-A-Watt, but simultaneously. Needless to say, HOPI is like rocking horse droppings, but from watching videos from BigCliveDotCom (electronics and teardowns in general), and from James Condon (generator rebuilds etc) I came to the conclusion that Kill-A-Watt could be as handy as HOPI for my purposes, but Kill-A-Watt didn't seem to be available in the UK when I bought mine, so on recommendation from Clive, I bought the alternative version, which he described as being "Surprisingly good, and using a dedicated chip for monitoring the power and computing the figures......". I'm certainly not disappointed with mine - It can monitor down to mW and mA, ie, my mobile phone charger, and tell the difference between the phone connected, or not connected. You can tell precisely when the phone charging actually stops!

Did I mention it can also display 'Power Factor'? - You should see some of the atrocious figures from LED lamps. Perhaps not important now, but as/when the power companies begin to charge for "Apparent Power" it's going to hit the consumer in the pocket. Incandescent bulbs, PF=1 (Unity). LED bulbs, PF=0.35 to PF=0.6, typically. Some are much worse, but that's another story........ Enough on that. 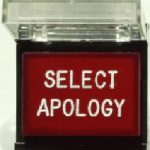 Needs boxing with a 13A socket, works for currents above 20mA, I added a switch to give 1 or 10 turns on the current transformer to give better sensitivity.