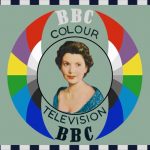 Spent 9 years in Radio & TV Servicing for an independent dealer after leaving school, finally running the service dept and building up a large business in component sales, on which the profit paid considerably more than my wages before I even picked up a screwdriver!

However, dissatisfied with the rewards for my efforts, I happened to spot a job for a 'CCTV Engineer' for the London Stock Exchange in WW and was curious enough to apply.

In fact, it was a 22 channel cable system to display Market Prices to members. After experiencing some of the shortcomings in the initial system design, I became involved with developing improved receivers for the future and a number of other TV related developments, especially the development of Teletext and its Viewdata cousin, leading to a fully fledged Viewdata system called TOPIC (Teletext Output Price Information Computer).

I was later involved in a broadcast development called Market Eye, which used encrypted data lines as part of the Ceefax data stream on BBC1 and could be received by subscribers anywhere so long as they had a decent BBC1 signal.

After 20 years I was made redundant and found a position with one of the early Cable TV Providers and shortly after found myself educating ex BT staff into the mysteries of Broadband Cable TV so that they could commission the rapidly expanding network!

Then I was seconded to a small team responsible for rolling out Digital TV across the network which naturally progressed to the introduction of Broadband Internet Access (when 612kb/s was 6 times faster than the 56kb/s maximum possible on dial-up!)

By the time that all the small cable companies, by a series of mergers and acquisitions eventually united under the Virgin Media banner, speeds of 50Mb/s were possible - and continue to increase!

However, that final merger brought redundancy again and, at the age of 63, I decided I'd had enough. I've since continued to follow progress in the vintage fields via forums such as this, contributing where appropriate, and before moving to Lincolnshire, added the final touches to my complete redesign of the RF Distribution System at the Dulwich Museum.