I wonder if anyone could help? I am looking for Telefunken TV sets from 1970 to 1977. The model numbers are 740T this is chassis 709 which is a hybrid design.  Model 743 which was released in the UK from 1973 to 1974. My father used to have one!  All Transistorised with a 8 selector "Touch Tuning" panel. Slider controls. 26" screen. There were some ultrasonic models as well - with faults guaranteed to make your hair grey!  A 746 which was released 1975-6 which was the later modular 712 chassis looked almost identical to the 743 except the touch tuning sensors were square instead of round.. and used the later 20AX Tube. The cabinets were a darker colour as well. There was a 846 variant which had ultrasonic remote control.

I used to repair these sets many moons ago but would like to acquire one or more again. I have been looking but so far been unsuccessful.

There were some Decca Bradford sets with Telefunken badging, but these are not required!

I would travel anywhere to collect. all costs met of course!

My interest is British early colour but will keep my eyes and ears open for you should something turn up. I'm often getting contacts via the main site asking if I'm interested in an old TV that's being dumped so you never know.

Re the Decca association, Telefunken tuners were without doubt one of the finest tuners. My 1st gen 1967 Decca CTV25 has one fitted as does my 1970 Decca CS2611. Interestingly the Telefunken tuner was not standard and two other types were fitted but were poor in comparison. I often wondered why they did not stick with just the one tuner.

Thanks for your quick reply.

yes the Telefunken Tuners were very good. It was interesting to noted that the 743 set (711 Chassis) seemed a bit on the low gain side, this wasn't a tuner problem the IF gain was low. when telefunken brought out the 711A ( the same really) there was an extra gain stage in the IF which brought the performance up. Great pictures though when set up decoders were excellent.

I did have 3 sets some years ago, but in a moment of madness had to dispose as we were moving house!! not cannot find at the moment. Yes seen that Video and some others this guy from Germany seems to have.

Yes would appreciate you looking out!

I too had a 743 and at one point, the ultrasonic versions (773?) as well. The 743 was my first colour TV: it had an odd fault which not only made the picture pulsate, but caused a 'knocking' noise in my old electricity meter!

Superb set when it was working.

Good to hear you had a 743! Yes I remember the 773 - it had larger touch tune sensors and a more square cabinet.

The fault you describe was a 12K resistor going high value in the Thyristor control circuit. I had the same fault!. Cant recall it affecting the electricity meter though. Bizarrely I recall fitting a G11 Text panel into a 743! and the remote board, but it only operated the teletext. getting the RGB signals to interface was very tricky but credit to Telefunkens IF strip the teletext worked very well and I fitted the same panels into a later 712 (model 746) that gave a really excellent text display.

now, if only we could crack time travel, I could fix it! Like you, I tried to fit teletext to it using the panels that Sendz Components were selling. I worked out that a TX9 remote would drive an SAA5010 receiver which in turn would drive the SAS560/570 chips used in the 743, but it never really got much further than that.

The only real fault I remember it having (apart from the wobbly picture) was a component near the TBA950 chip caused the mark/space ratio of the line drive waveform to change markedly which in turn caused the EHT to rise to the level where the set tripped.

I think the thing that impressed me most was the convergence setup on it; so sensible compared to the nasty, cheap way that British sets did it.

Yes time travel would be great!. Never tried the TX9 idea but sounded like a good one!

The main faults with the 711 Chassis was the EW modulator. L561 would overhead and cause shorted turns which rendered the EW circuit inoperative. The symptoms were excessive width and bowed pincushion sides. In fact my father watched his set for a few years in that condition until I finally got round to fixing it. Sometimes the BD135 EW op would fail.

The frame circuit was unique in have a class D bridge circuit using 4x BD175 Transistors, it ran quite warm but was generally reliable except when a BD175 went a bit leaky causing a weird intermittent frame cramping. The EW modulator diodes used to fail as they ran very hot they were a SKE/4F or something. I used to fit a BYX55 or similar, a bit more beefy.

The PSU was pretty reliable except for the Degaussing Thermistor which was perched on top of a large power resistor. This frequently decomposed and the degauss failed to operate.

Line stage was very reliable as well, the odd Line op Transistor but no Tripler or Line output Transformer problems.

One common fault was  flyback lines. This was excessive A1 volts due to the earthy end resistor for the A1 pots going high.

Tuner IF was very reliable as was the 3 chip decoder with a very nice Telefunken PAL delay line!

The SaS 560 or 570 would occasionally fail with channel change issues.

That fantastic convergence setup which had a control for just about any error you could think of. The statics were adjusted by passing DC through the scan coils, not a cheapy magnet in UK sets!. and all this could be done by the drop down tray underneath the front,happy days!!

Still looking for any Telefunken TV sets from the 1970s.

All costs met of course and willing to travel anywhere in UK!

I did post a little while ago concerning this. I'm still searching for any Large screen Telefunken Tv sets from the 1970s.

This is just some friendly advice, its the third time you've started a new thread for the same request, each time we've moved the new thread contents to the original thread you started. The advice is this, rather than starting a new thread each time why not just post a "bump" in your original thread from time to time. That way it gets back to the top of the list and saves us having a load of threads all asking the same thing.

Secondly we are not a nanny state forum, however I have removed your phone number from the above post. This in part is to protect you as undesirables, spammers and porn merchants can call you up causing you all sorts of grief. If you think they're not looking in, perhaps you might like to see the daily firewall logs. More importantly it puts this forum at risk as they could easily call you, pretend to be me or one of the mods and ask you for your username and password, how would you know if it were us or not? Once in they could plaster their filth all over the forum or worse compromise it.

Hope this advice is taken in the spirit it was intended and good luck with your search.

Chris said
If you think they're not looking in, perhaps you might like to see the daily firewall logs. More importantly it puts this forum at risk as they could easily call you, pretend to be me or one of the mods and ask you for your username and password, how would you know if it were us or not? Once in they could plaster their filth all over the forum or worse compromise it.

This applies to any member innocently revealing their contact details without being mindful of the risks outlined above.

To be quite honest, it had never crossed my mind until now..... it's easy to lapse into a false sense of security that only members can see all of this, but of course it is a public forum.

I imagine another thing to be a bit careful with is uploading pictures or photo's that could inadvertently contain personal details.

yes, a good point. you don't know who is lurking!

Many thanks for the advice. 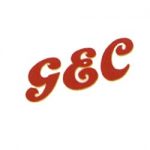 Yes I believe so! you have one?? (long shot there!) 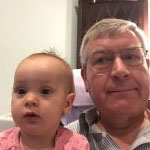 just wondered if you are the same Paul who collected the Telefunken service sheets from me?

If so did you have a chance to speak to Andy in Horncastle?

A little glance at ebay could reveal a suitable set. I happened to notice it today.

Search for "Telefunken PAL color 743 Television". You might be surprised. 😉

Just under four day's to go though.