News is filtering throughout the Radio & Television repair communities, that sadly Chas passed away this morning at home. Condolences to family, friends and his loyal Radiophile community. Chas certainly left his mark, we can and will continue to enjoy his many words of wisdom contained with "Millers Miscellany" in "Television" magazine and of course his vast array of Radiophile publications.

Should this be true (remembering the infamous 'death' of Steve Ostler) it will be a great loss to the vintage community at large. If so, sadly we'll never know how The Road To Radiophile* came to pass.

*for those that subscribed to the magazine, Chas was pretty much serialising his autobiography in these articles.

We will not see his like again, condolences to Jo and son Dean.

I have been told that the auction on September 15th at Coates Heath is to go ahead, a fitting epitaph, he would have wanted that.

Details are on the Radiophile web site.

For obvious reasons I cannot post on the "other" forum, could someone please post this over there? 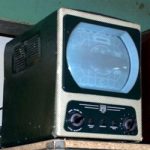 I never met Chas but did speak to him on the phone a couple of times. He was a perfect gent and really interested in sharing his knowledge, we spoke at length about various subjects. He reminds me of my old journeyman who is 93 now and still does some vintage repairs. He calls me when it's something small that he wants soldered as he can't see as well and his hands shake. Chas will be sadly missed. Norman

What is particularly poignant is that the first time I met Chas in person was at Shifnal thirty years ago next month; just a few weeks after the death of my own father. I can remember asking Anne for a copy of his then-new book Practical Handbook of Valve Radio Repair for Christmas when it was first published back in 1982, hailed by Tudor Rees in The Vintage Wireless News-sheet. I still have my copy. 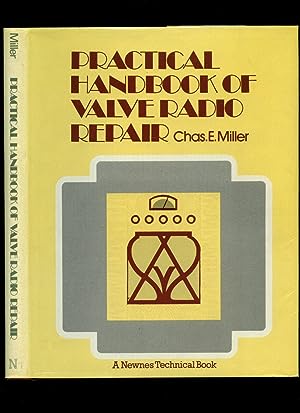 As V-ratters remember and pay tribute to Chas, I thought it might be nice to post one of his multitude of musings. This morning over breakfast I was reading a "Millers Miscellany" article from *34 years ago, April 1985. In this he ponders the demise of the trade. Seven months after this article, November 1985, Chas started the Radiophile (originally titled The Radiogram) magazine.

"Bargain" used colour TV sets are now being sold in many parts of the country for "less than £30", i.e. £29.99. Now we all know that it's possible to acquire elderly CTVs for a few pounds, but most of us would probably think twice about renovating them and selling them to the public. A thorough overhaul just wouldn't leave sufficient profit if you offer delivery, installation and a worthwhile guarantee - to say nothing of the doubtful wisdom of placing old sets back in the market. I'm not being funny about this: it's no secret that I'm a vintage TV enthusiast, and in fact I have in everyday use a seventeen year old colour set. But I wouldn't sell such old sets to anyone who wasn't himself a vintage fan. The trouble is that when sets are advertised at very low prices it becomes difficult to obtain the go-ahead from a customer for, any repair that's likely to exceed about £20. We've all heard the reply "why should I pay that when I can get a 'new' one for only £30?". And there's no easy, convincing answer! I'd be the last person to decry selling second-hand sets, but let's stick to reasonably modern ones at realistic prices. It will be to everyone's advantage in the long run.

Test Card F is still to be seen occasionally. Thinking back, it would seem that the young lady with the blackboard and doll must now be about 20 years of age. With its usual love of anniversaries, couldn't the Beeb persuade her to appear in an updated Card when her 21st falls due? I'm sure we'd all like to see how she's changed over the years - and anyway I still think F is better than that electronic thing . . . I heard recently of a one time radio and TV man who'd had his own business for years but had quit to become a prison officer. I've no doubt at all that he'll earn a lot more in his new job, and there's a good chance that his customers will be far more agreeable as well . . .

One of my correspondents not long ago asked me if I had any information on the Perdio portable TV set known as the Portarama. I found what he wanted in the 1963-64 volume of Radio and Television Servicing. How things have changed since then! There wasn't a single imported TV set mentioned, and only a handful of foreign radio sets were covered. I doubt whether many of the engineers of those days could have foreseen the present situation, where the truly domestic product is becoming a rarity. What will a few more years bring?

Are TV engineers becoming an endangered species? As guarantees on new sets become longer and longer, those repairs that do become necessary are likely to be undertaken almost exclusively by the shops that sold the sets in the first place. We could be edging towards the throwaway situation in which sets that have gone ex-guarantee are scrapped when they next give trouble. The inevitable result of these processes will be a steady diminution in the need for service engineers.

Some thinning of the ranks will take place through "natural wastage". Perhaps we shall return to the situation that existed years ago, when being a TV (or purely radio) engineer was virtually a calling. I can't see that final extinction will ever occur however, for the simple reason that the British will never accept the throwaway concept completely. There will always be the individualists who will try to keep something going for as long as possible, and even though they may be a small minority they'll guarantee a certain amount of work. But will they be prepared to pay economic repair bills? I think this is where we came in . . .

I never met Chas but enjoyed the writing for Television  he did. Condolences to his family and friends, never an easy time.

I'm not being funny about this: it's no secret that I'm a vintage TV enthusiast, and in fact I have in everyday use a seventeen year old colour set

The last time I visited Chas and Jo at their home (I'd taken some sets belonging to a friend to his for auction) he'd upgraded to a CVC5!! I well remember repacking the trailer that was towed to events with these sets and when Chas inspected it, he said "but it looks like there's less in there now?" to which I replied "that's what working on major events and packing containers does for you."

Some thinning of the ranks will take place through "natural wastage". Perhaps we shall return to the situation that existed years ago, when being a TV (or purely radio) engineer was virtually a calling. I can't see that final extinction will ever occur however, for the simple reason that the British will never accept the throwaway concept completely.

What surprises me is that there is no mention of this on the Radiophile website.

I too remember Chas E Miller from his articles in "Television" magazine. My condolences to his family and friends.

Little did he realise when back in 1985 he said "We could be edging towards the throwaway situation in which sets that have gone ex-guarantee are scrapped when they next give trouble. The inevitable result of these processes will be a steady diminution in the need for service engineers." that this would be reality now.

No mention on the website, Jo and Chas have never used it as far as I know, maybe Graham is in command.

But the subscriptions part is now blank, presumably because there will not be another magazine.

The auction at Coates Heath is to go ahead, so we can all meet there and support the family.

As the sad event only occurred on Saturday, I would imagine there were other more pressing priorities. As of this morning there is a notice, if you're not seeing it then folk probably need to refresh their cache.

The website is managed by Graham, Chas and Jo had nothing to do with it.

It's very sad to see it confirmed but as my late mother would say, "he had a good innings".

If anyone needs transport from Cheshire, I will be able to pick up local to Middlewich.

The auctions for the rest of the year will go ahead as planned, Chas' widow, Jo has said that they should go ahead as there is a considerable  amount of equipment to be sold.