A true British effort, the Keracolor is a very iconic TV and screams the 1970’s. You can just imagine commander Straker ( UFO series) having this in the living room. You either love it or hate it. However underneath its a familiar set to all of us, namely a Decca.

The first Keracolor TV cabinets were made using fibreglass. There were floor-standing models, ceiling models, hanging versions, a 12″ portable version and even perish the thought, a square table model. Eventually to increase production numbers the cabinets were made from vacuum-formed plastic, this was not liked due the cabinet now having a visible seam.

The first Keracolor was supplied to Harrods in 1970 priced at £375. Many dealers were unsure about these new odd round TVs until they found out they were fitted with the highly popular Decca Bradford (30 series) chassis.  The Bradford as we all know was a very reliable chassis liked by both trader and customers. They are very easy to service  The later Keracolour’s used the Decca 80 and 100 series chassis. By 1976 – 1977 the company had ceased.

Below: The sales brochure. 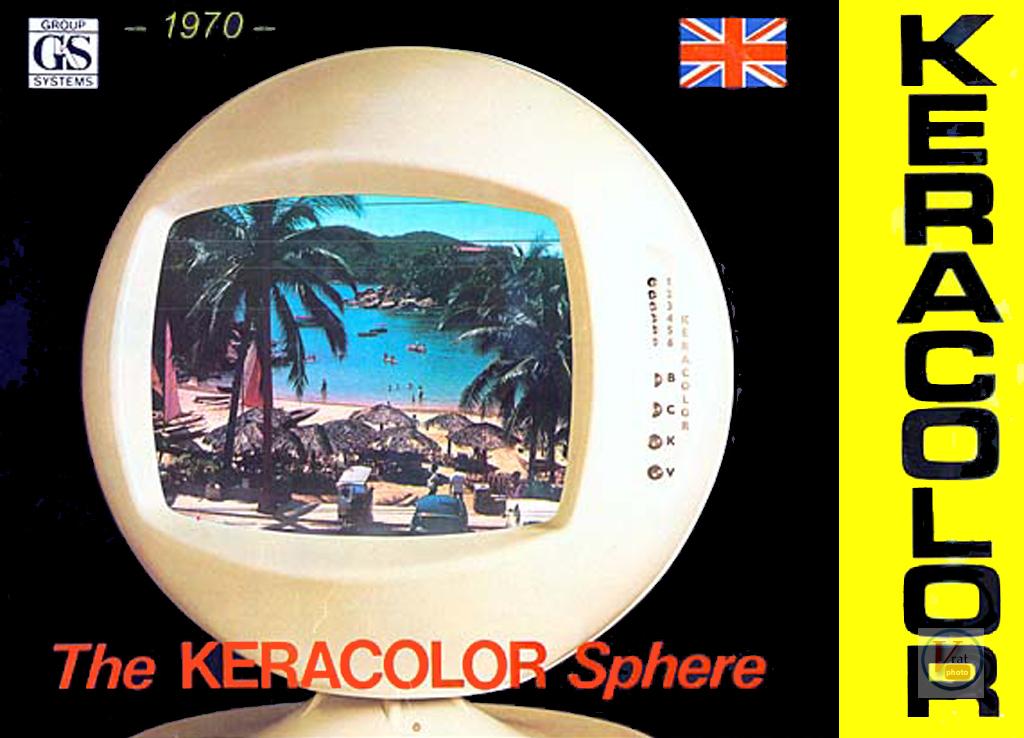 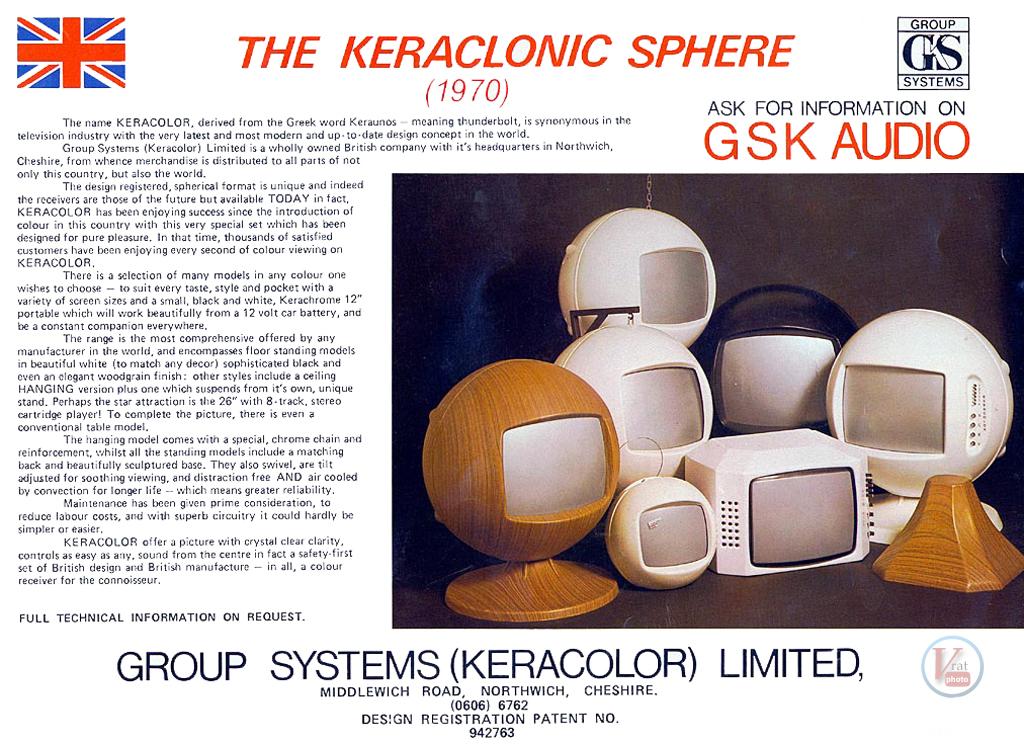 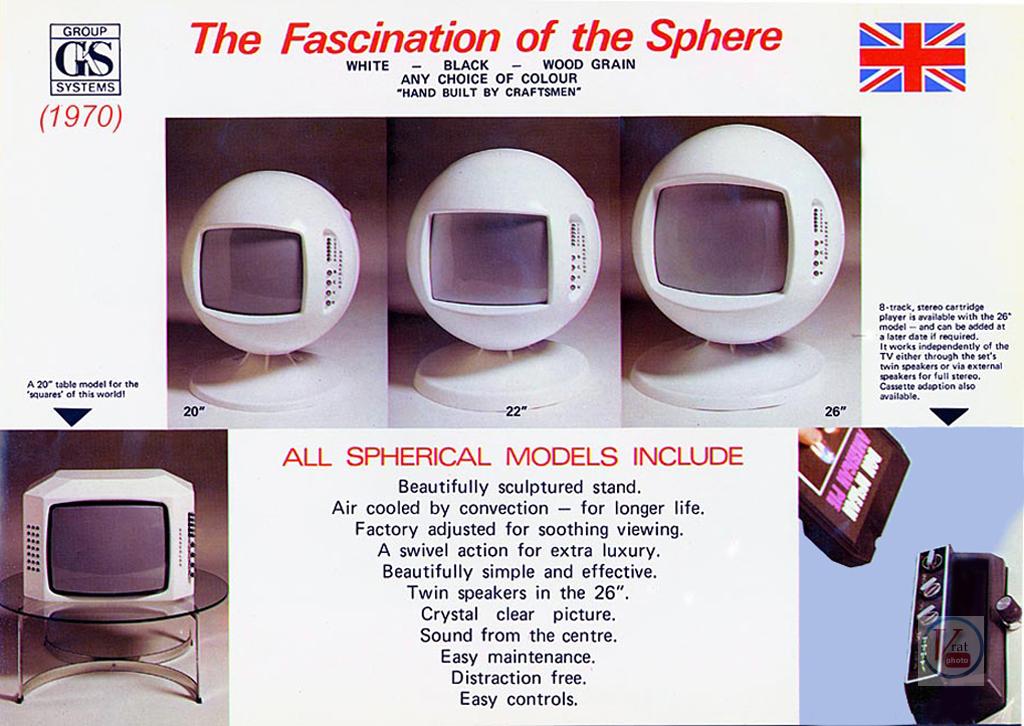 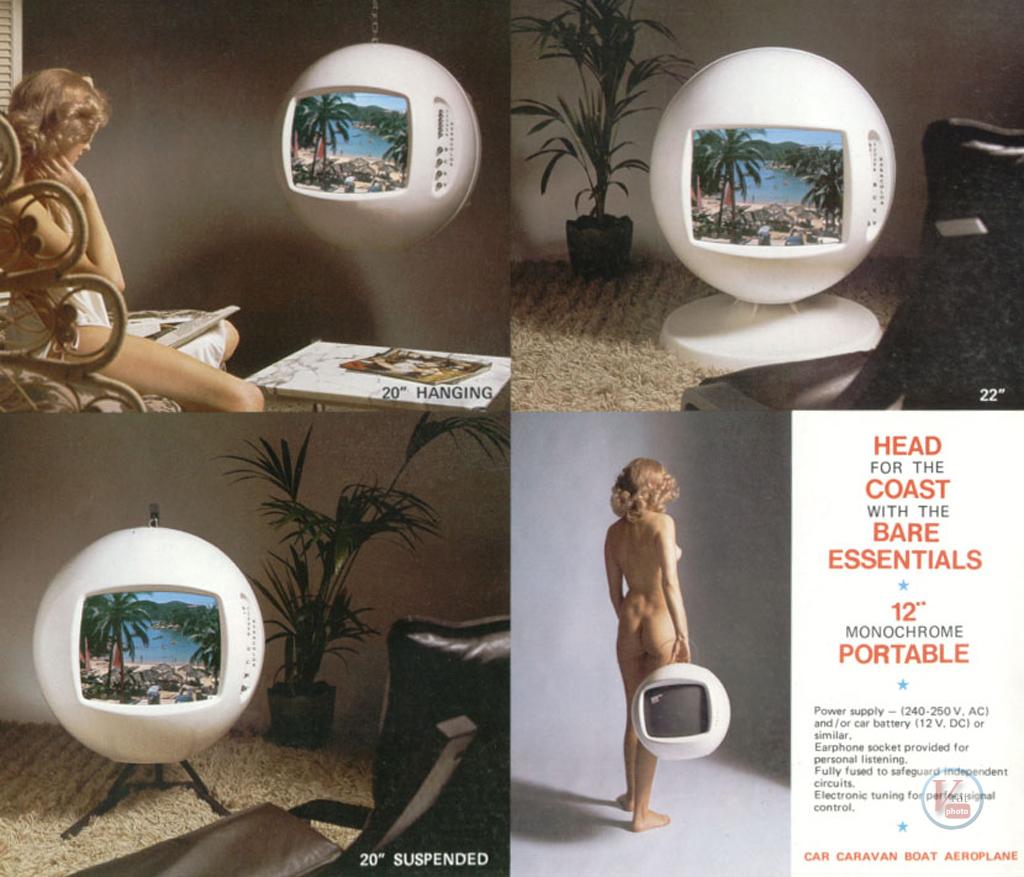 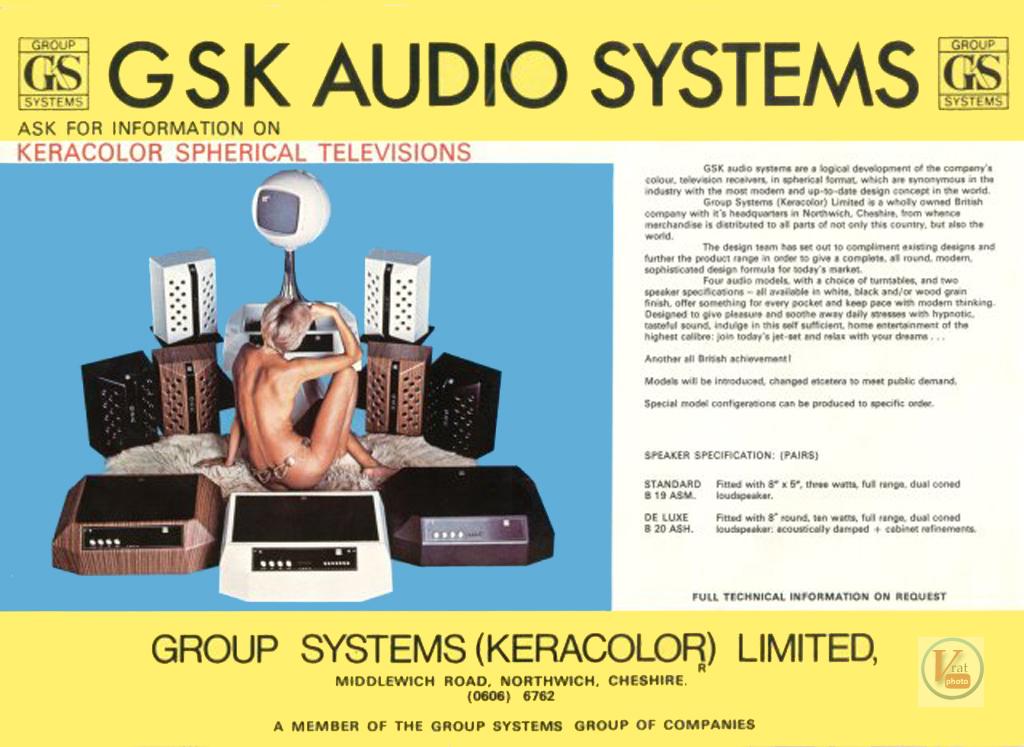