The First Philips machine was model number N1500, after which the format is also known. This had “first generation” mechanics including magnetic braking servo systems applied to relatively large mains voltage induction motors. The outer edge of the cabinet was wooden. The power cable was detachable, but used an obscure connector for which replacements are not readily available. The N1520 was a N1500 without TV tuner and timer, but with editing functions assemble & insert (using 4 video heads), 2 track linear audio (not stereo but independent mono channels) and direct AV in/out connections. 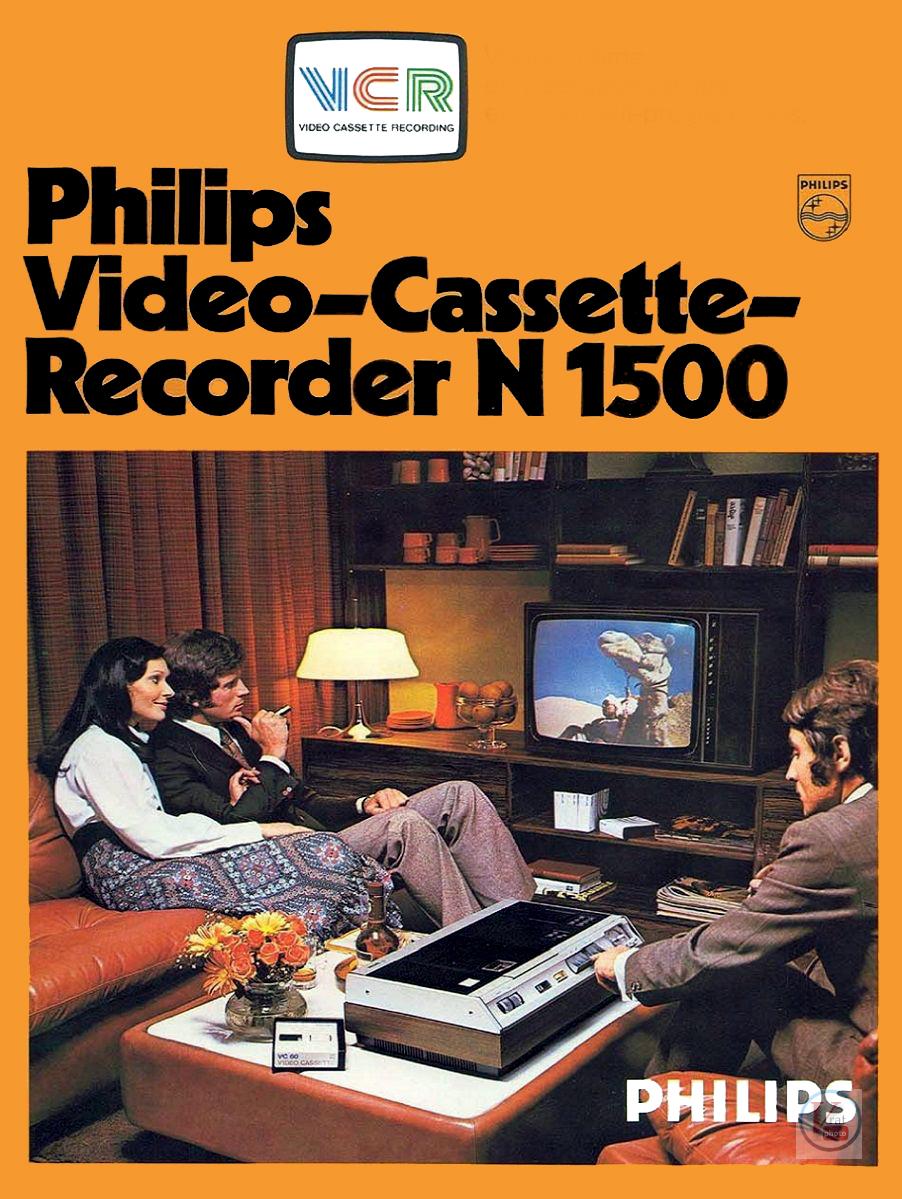 AC Mains present all over the place inside: mains motors, mains clock etc. Slightly improved colour circuitry compared to the original N1500, also modified field blanking to reduce flyback interference on some televisions. Cosmetic variations on the N1500, with black replacing the silver frontage and black plastic surround rather than wood.

The later model N1502 had a totally different mechanism using DC motors and more advanced electronics, and was somewhat more reliable. A later version again was still called N1502 but had further significant mechanical and electronic advances, and in particular had a worm drive for operation of the loading mechanism rather than a fragile plastic gearbox assembly. Earlier machines had a hardwired mains cable, later ones were fitted with a standard “Figure-8” C7 power socket. 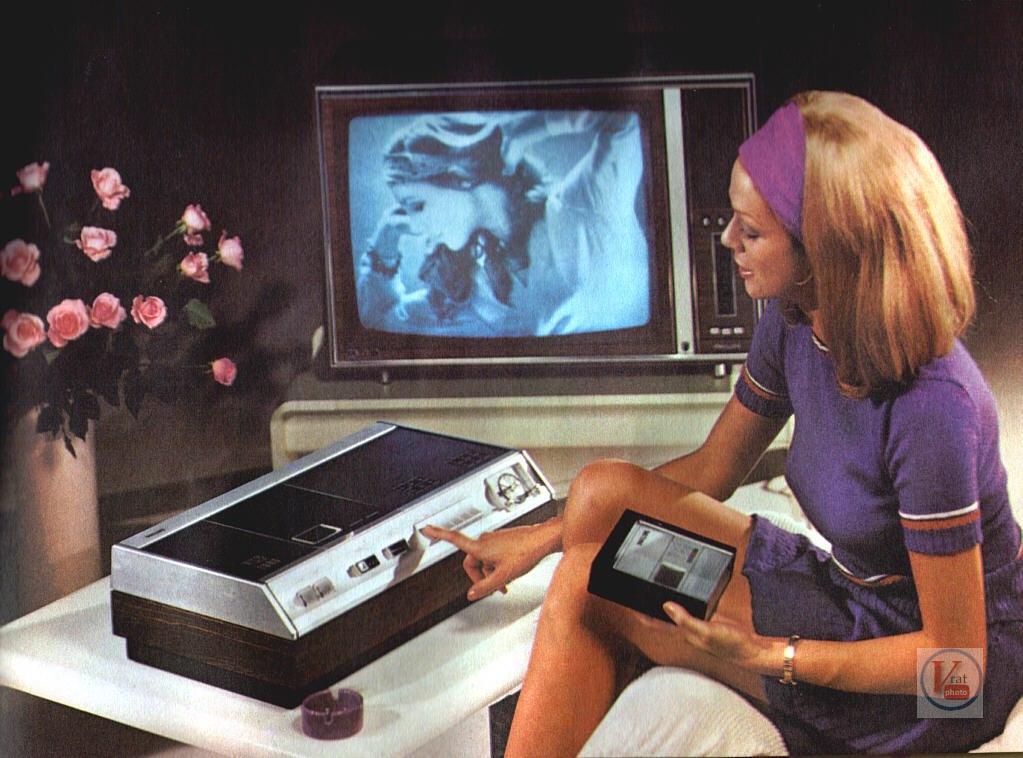 The N1512 model offered composite video input and output connectors, but was otherwise the same as the N1502. The VCR-LP model N1700 was closely related to the later N1502 variant. Other, rarer Philips models included stereo sound and editing capabilities. Circuitry and internal layout was much more modular than the first generation Philips VCRs. Used quiet DC motors (First generation VCR’s used hefty synchronous AC mains motors). Basically this model was the same as the Philips N1502 with an extra board for video in / out. Channel button 8 selected video in. 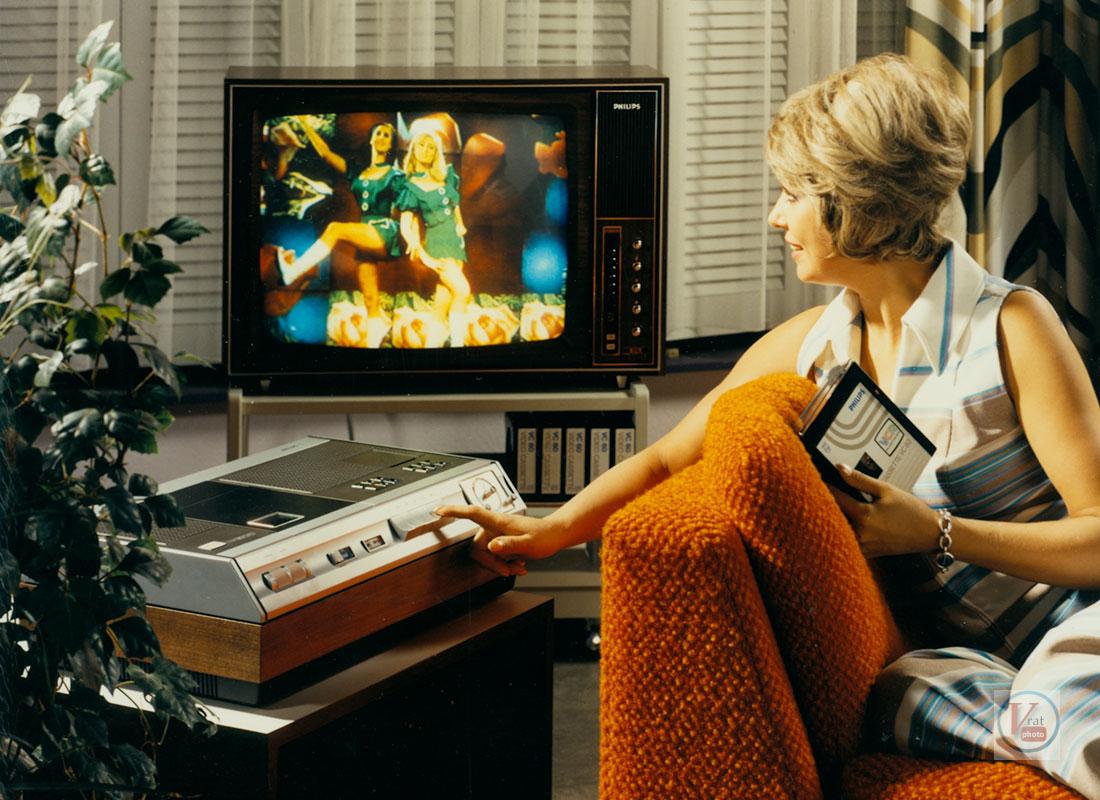 Superficially similar to the Philips N1502 both externally and internally. There were however very few components interchangeable between the two models. Slower tape-speed and a slant-azimuth recording technique (to almost eliminate cross-talk between video tracks without using tape-wasting guard-bands) made possible the longer playing time without a noticeable loss in picture quality. The mains lead was hard-wired into the machine however later releases of the N1700 had a removable lead – this would become standard on the N1702 model. Also on later models, presumably as the company had already started production of the N1702, the internal Video Head is also sometimes labelled as N1702 instead of N1700. 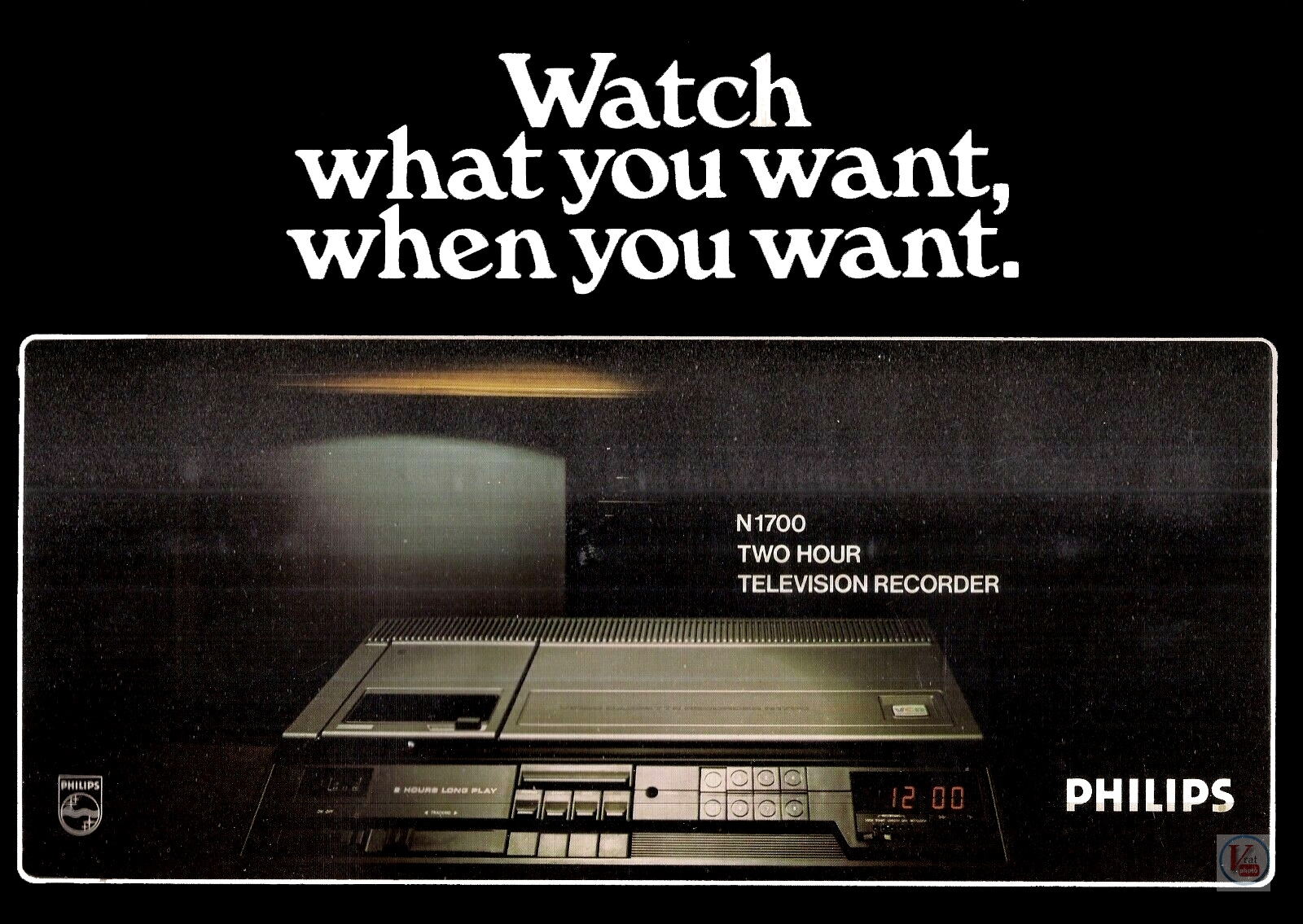 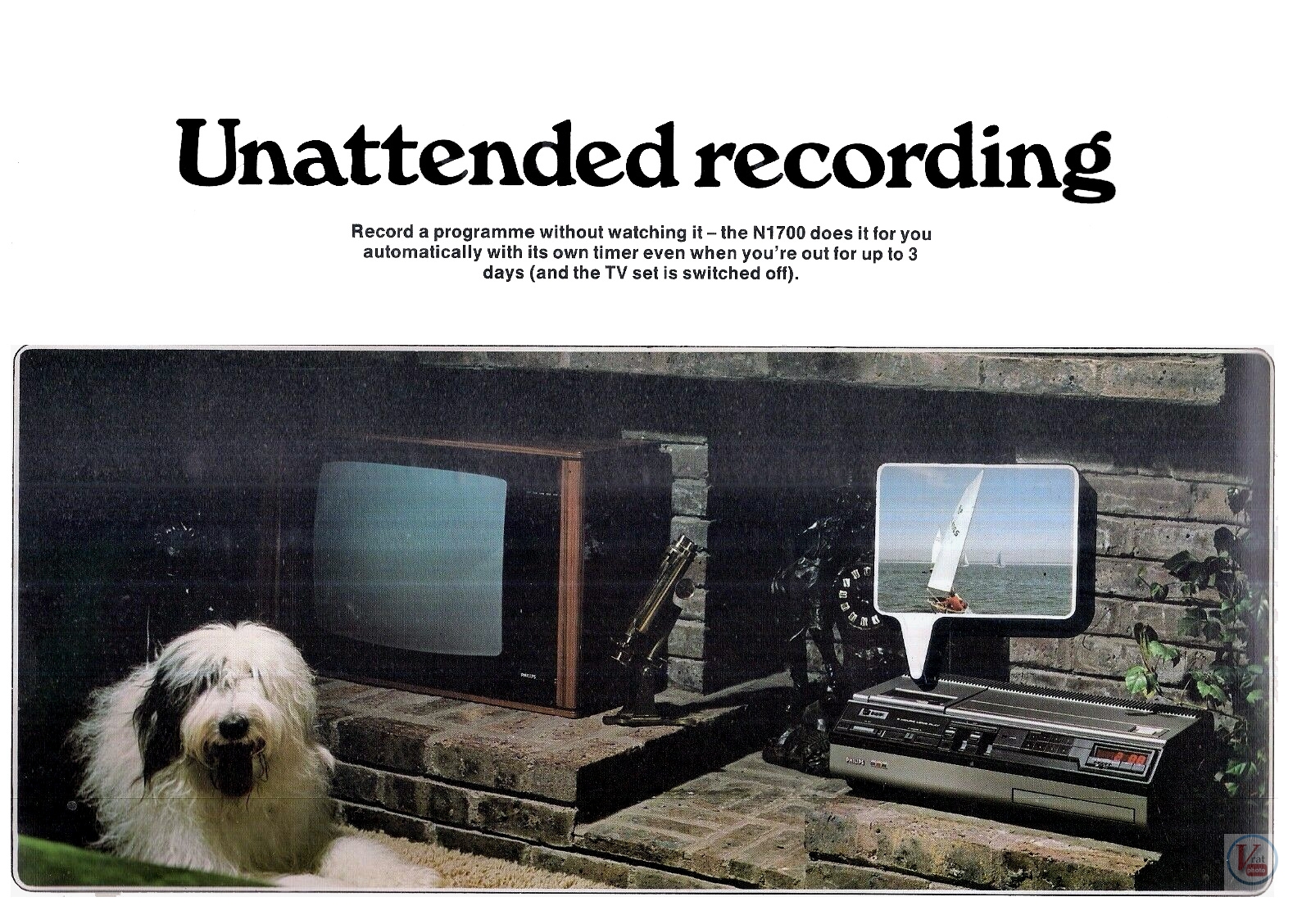 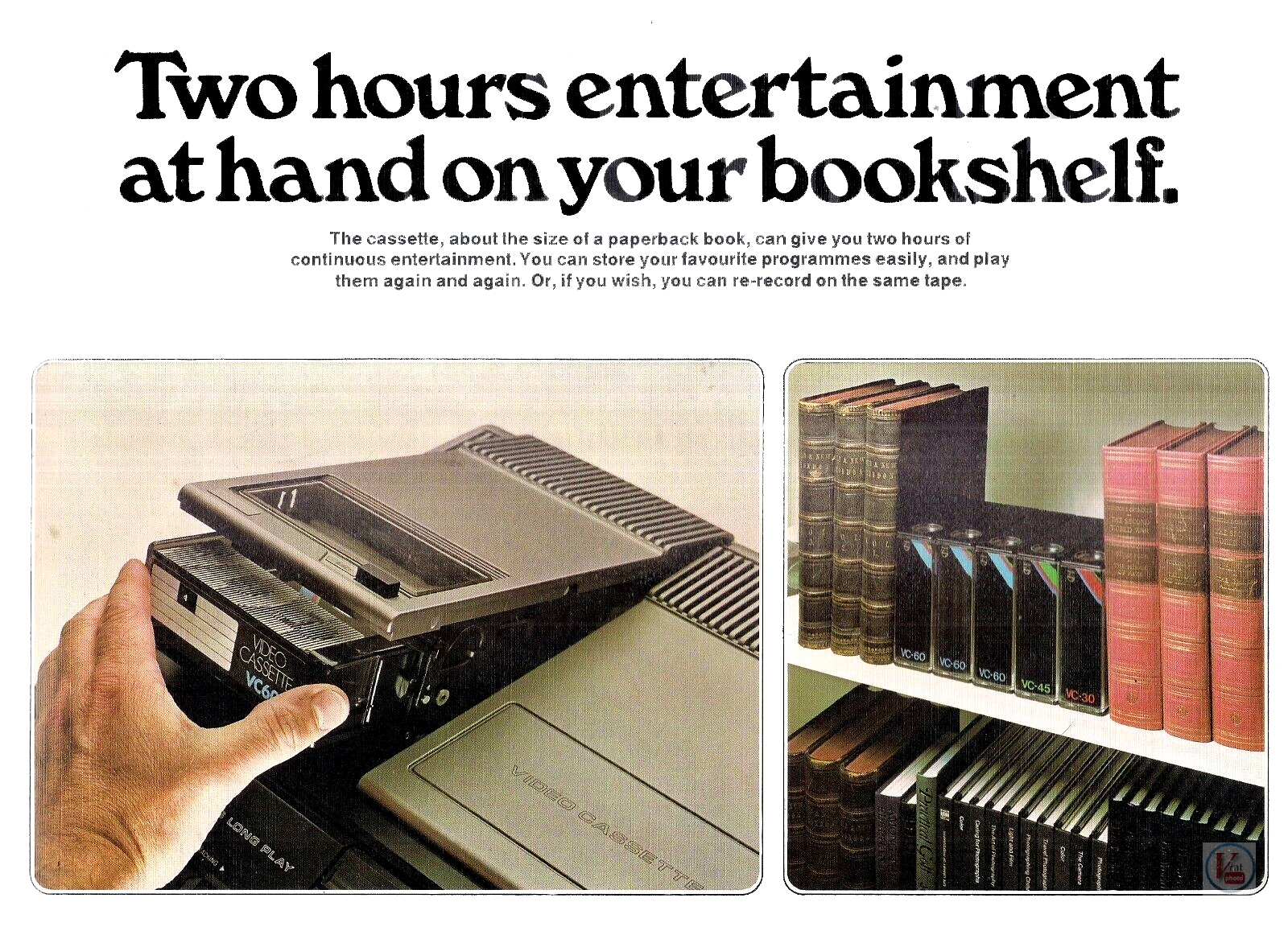 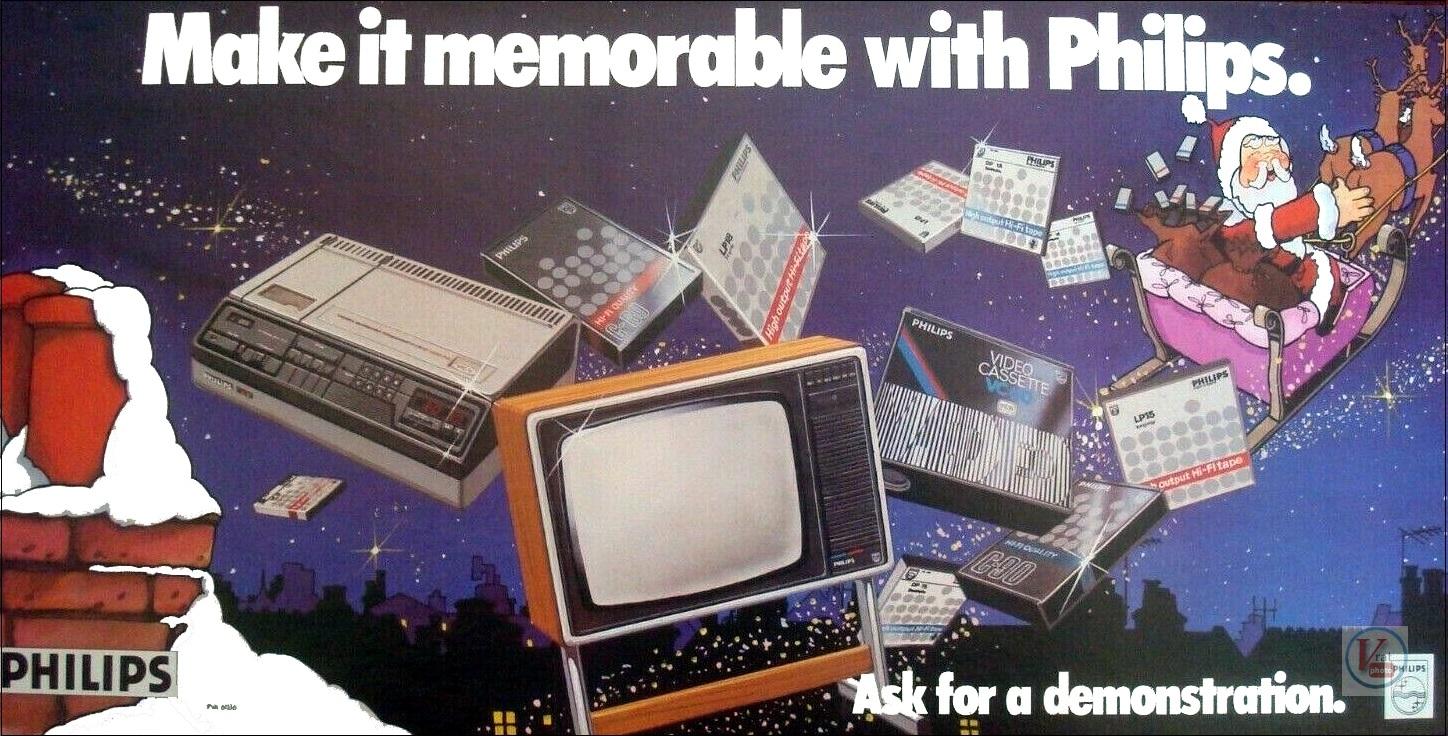