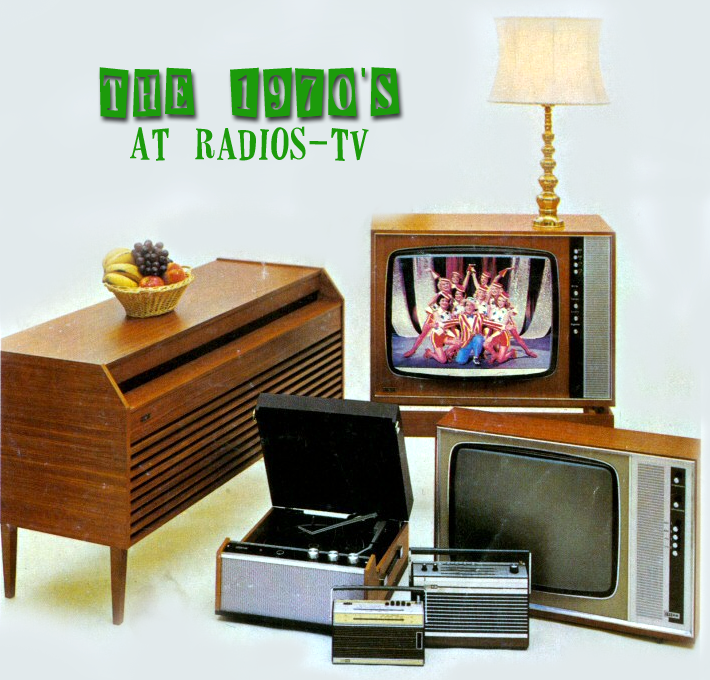 Well do you, were you there?

An interesting observation; the 1970s is as far from today as the 1970s was from the 1920s, separated by 50-years. Somehow, comparing those two fifty year gaps, you see how the changes are more significant in one, than the other.

Allowing for rose-tinted specs, for a kid or an adult, compared with today’s fractious, divided time, it was probably the last decade of simpler times, as things were about to change radically for Britain and the whole world. Choice explosion, the want it now and throw-way mentality of 24×7 consumerism would change us forever, some might say for the better, many would not.

This was a time of only 3 channels of TV for us in Britain, colour TV was relatively new and a luxury that was mainly rented rather than bought due to their huge cost. Audience figures of 20 Million for the Xmas Morecambe & Wise, unheard of and unimaginable these days. The golden decade for British Comedy, Bless This House, Man About The House, George and Mildred, Father Dear Father, Mother Makes Five, Spring and Autumn, The Liver Birds, Are you being served, Fawlty Towers, The Goodies, The Good Life, Please Sir, Love The Neighbour, Till Death us do part,  Only When I laugh, Mind your Language, Porridge, Some Mothers do ave ’em, to name but a few. Now due to snow-flakery, all pretty much come with warnings, and most of them would not be made nowadays.

Mike Yarwood, Les Dawson, Dick Emery, Harry Worth, Stanley Baxter, Dave Allen & Tommy Cooper to name but a few. The Generation Game, “What’s the Scores Above The Doors”. The Golden Shot and Bernie The Bolt, Opportunity Knocks, This is Your Life. We all enjoyed the endless influx of American shows which dominated at the time. Like Starsky & Hutch, Columbo, McCloud, Cannon, Hawaii Five O, Bannacek, Ironside, The Six Million Dollar Man, The Hulk and of course Dallas.

Granted there were strikes, power-cuts ( as a kid though how exciting! ) the three-day working week and the winter of discontent. Somehow with rose-tinted spectacles it is remembered with great fondness. 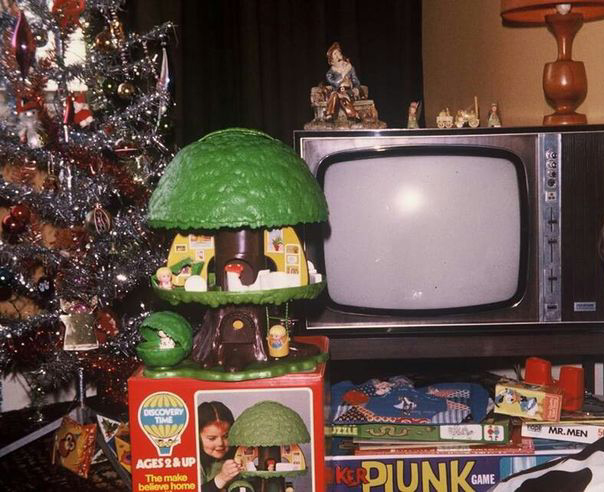 “Let Your Fingers Do The Walking” In This Case, Through the 70’s Album

I bet those all brought the memories flooding back, who remembers this phrase, ” Watch out Watch out there’s a Humphrey About”. Yes it was the advert for Unigate Milk.

I entered the decade aged 7 with the optimism of the Apollo missions and endless summers. I left the decade aged 17 when the UK was entering a bleak period of unrest after suffering what seemed like endless industrial disputes, culminating in the “Winter of Discontent”. Britain was about to undergo radical change under its first female prime minster. The 70’s certainly left an indelible mark on my formative years, over to you now, what are your memories and thoughts on the 1970’s?

The year I remember most from the 1970’s is 1976 when Britain had a long hot summer.
Working in TV servicing at the time many sets failed that summer especially during the two weeks of Wimbledon tennis when sets were on all day and overheated.

Yes I remember replacing quite a number of failed ‘tripplers’ in the Thorn 3000/3500 which had failed due to the heat and humidity in the hot summer of 1976. The 3000/3500 ran very hot anyway as I remember. I seem to remember the Doubler? often failing in the 8550 too, but to a lesser extent. The call rate in that time peaked at quite a high level and I remember collapsing onto my bed with exhaustion when I got home from work circa 6:30 PM having completed around fifteen calls. I started at 8:30 AM In those days and I was only in my twenties too so it would probably kill me now!

Quite a few of those photos bring back memories, the gadgets like the egg scrambler etc, I didn’t buy any, no money for frivolous things in tbe 70’s but someone must have. I would think like many gadgets on sale today they would be used a few times and then get pushed to the back of a cupboard.

The hot summer of 76, I don’t remember any increase in repairs, of course that could be my faded memory. We were selling quite a lot of audio equipment from around 72 to 78, Hacker, Dynatron, Rogers and a few other makes. We also had a number of audio demonstration evenings in a local hotel, they were very well attended, not sure how much they increased sales though. A fun evening, ususally only one manufacturer was present and the rep would be the demonstrator.

Just visit the page again after a few years. Not much to add from my previous comments but I did enjoy the walk down memory lane.
Just 3 TV channels and not 24 hours a day, we as a family watched a lot of TV in the 70’s, not much money to do a lot else.
One show that me and Anita enjoyed was Parkinson on Saturday night followed by a film, children in bed and a relaxing few hours.
Now we have hundreds of channels 24/7, I turned the TV on yesterday to watch the news, first time on for about 7 days, todays programmes don’t seem to suit me. I can find much better things to do, well interests that suit me, if others enjoy the modern programmes that’s fine.

Hi Frank, one of my overriding memories is watching Parkinson with my mum & dad, a wonderful show, greatly missed as are both my parents. Didn’t he get to interview the best, what a privileged time we had. The likes of Cagney, Jimmy Stewart, Stewart Grainger, Bette Davis, Lauren Bacall, Burton, Ali to name but a few, the list is as rich and endless as the time.

Best of all was Christmas, I used to look forward to the Parkinson show, closely followed by what I called the “meat and pickles movie”. Watching the likes of The Maltese Falcon or Casablanca, The Pit and the Pendulum etc with a plate of cold turkey, ham, and pickles mum had provided.

p.s. TV programming now is awful and pointless, I don’t watch it either. My son, who is 19, never watches it either, nor do any of his generation as far as I can tell. This is good, hopefully in the next 30-40 years TV as we know it will finally expire, which is about time and long overdue.

Hi all.
I took my first steps into the world of electronics around 1970. Because of the difficulties in getting a decent apprenticeship, I also spent a little time in HiFi retail, which I loved!
Bang and Olufsen, Dynatron, Rogers, Armstrong, Quad, Leak, KEF, Wharfedale, Revox, Ferrograph, Hacker, Roberts, Grundig, and the lesser mass market brands like HMV, (Fine! It’s a) Ferguson, Marconiphone, Ultra, Van Der Molen, Sony, the list goes on.
Around 1973, I secured (after a very bumpy start) an apprenticeship with the RACS, (Royal Arsenal Co-Operative Society) in Gravesend, Kent, my home town.
This opened the doors for repairs of Defiant TV’s, along with their Bush/Murphy equivalents. My favourite TV of this period to work on, was the Murphy CV2215 and its variants.
I liked this set because of its modern painted cabinet, it was single-standard so did away with those Heath-Robinson system switches, but due to my HiFi background, I appreciated the much better sound.
Happy times, sadly gone forever. At least we still have our collectors to share our memories with. 🙂
Steve.

Hi, there was a time in the Seventies when every teenager would be sitting in front of the radio on a Sunday afternoon with a cassette or tape recorder. recording the top twenty rundown, trying to pause the machine before the presenter started talking over the end of the record.

I certainly was! Using reel to reel meant I could get the whole hour on one side of tape so I usually didn’t bother to pause. Not that I had a pause control on the TD2. Well, in early 1971 I played the tape at a friend’s birthday party and they all said “why didn’t you stop when the DJ spoke?” ….. I had to agree. Come today however we want to hear the DJ on these old recordings, that’s the nostalgia.

In 1976, I was at the North west Kent College studying TV ,radio mechanics. coarse. I was on Day release from J and F Stones at the time, which was taken over by Rumbelows.
They then sent me on a coarse to Nantwich, where Thorns Training centre was located.
A lecturer Called Mr Stevens was telling us all about the 1500 B/w Chassis and how it worked. Well 50 years on these I concidered were one of the best B/w sets around at the time. I still remember most of the stock faults with this hybrid model. I must admit that tubes were poor and many were scrapped for this reason.
Reguns were fitted, and these were never as good as a new Tube.
Does anyone remember Harry the tube in Erith in Kent. Sometimes known as flash harry due to the amount of flashovers his tubes did after fitting them in the colour sets of the day. usually taking out the line frame or power supply in 3500 chassis.