This was another save, from the same source as the Philips 80’s colour TV.

The R900 appearance leads you to think its older than the 80’s, certainly harks back to the earlier days of transistor radios. These sets from the reviews I’ve read are supposed to sound fantastic, this one was reported dead not working also covered again in smokers tar.

I reasoned the dead status might be the usual fault with this model, namely the on/off switch. I fitted a battery, a couple of jabs and wiggles of the on/off and power could be heard to start but fail. This convinced me further the fault lies with the switch.

The R900 has known issues with the little copper contacts inside the on/off switch failing. This is caused by arcing deposits on the contacts due to mains voltage surge at switch on. I decided to remove the switch completely to investigate.

This R900 is a very simple set to dismantle, once the chassis was on the bench I de-soldered the on/off switch from the PCB and eased it out. Once opened up I was careful to ensure nothing pinged off into oblivion. The internal contacts were cleaned and lubricated, its a fiddly job but once reassembled the on/off worked a treat and the set as expected, sound fantastic, in all the repair took no more than ½ an hour.

The picture below shows how to dismantle the switch, you need to be careful that bits don’t ping off to be lost in the workshop. You need to clean the contact spades in the switch housing. I used a fibre pen then IPA. You also need to clean the plunger contacts the same way but also ensure that the gap on them has not opened up too far to make contact with the spades once reassembled. All will become clear once you have access to all the parts. This effected a 100% cure of the on off failure. 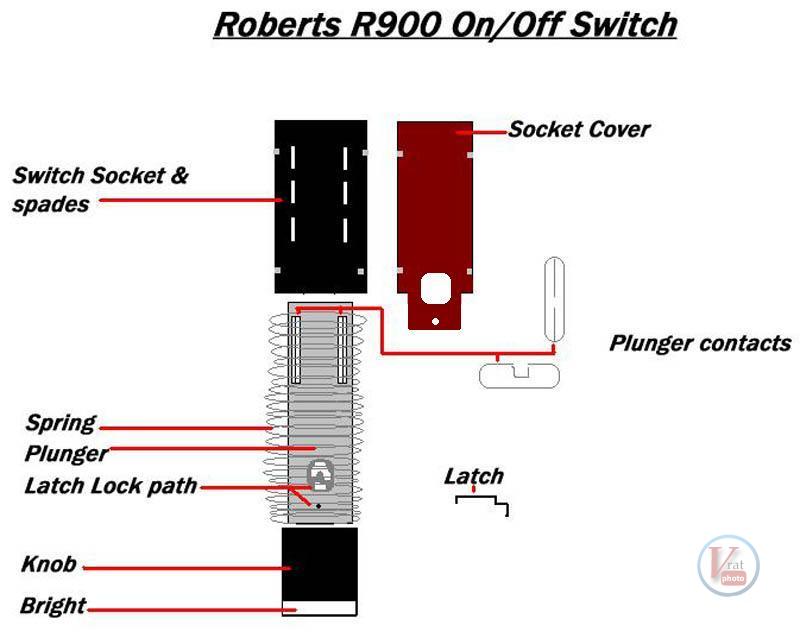 The cabinet, knobs and teak sides were degreased, cleaned and polished. This set is capable of good bass and when the set is cranked up the dial glass rattled on the brass trims that run parallel to the glass. The glue underneath had perished so I used concealed electrical tape to secure the glass. This cured the vibration and is invisible to the eye being hidden under the trim.
Final cosmetic fix, the end of the aerial has been lost, a hunt through the junk-box found a suitable chrome screw. 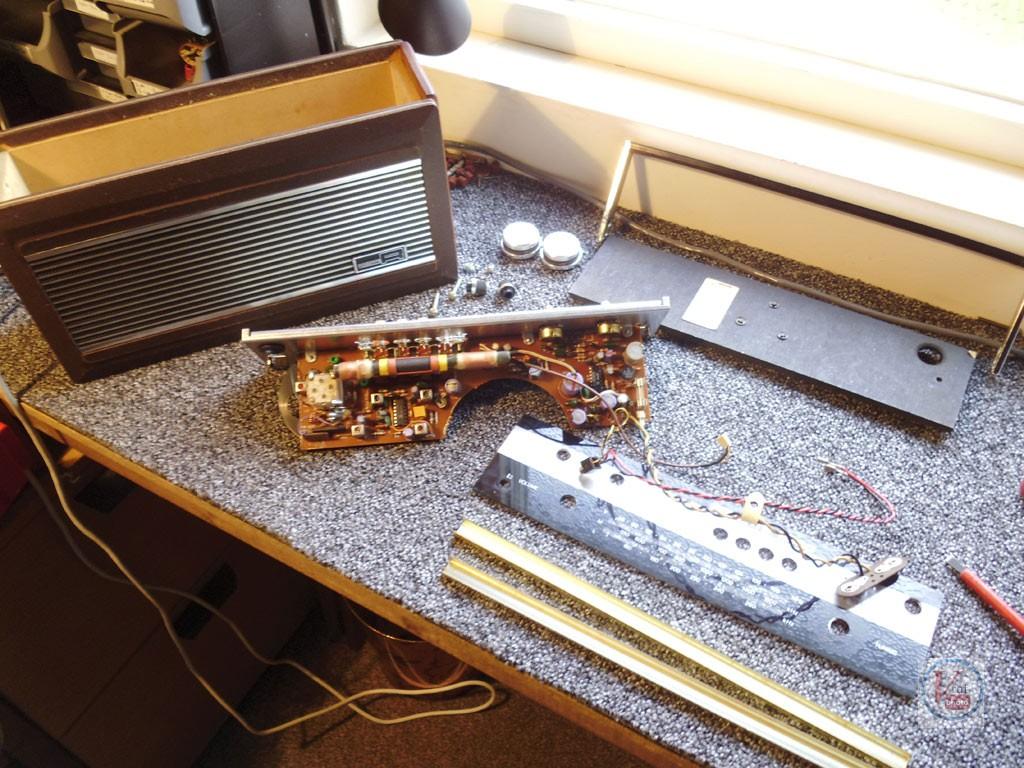 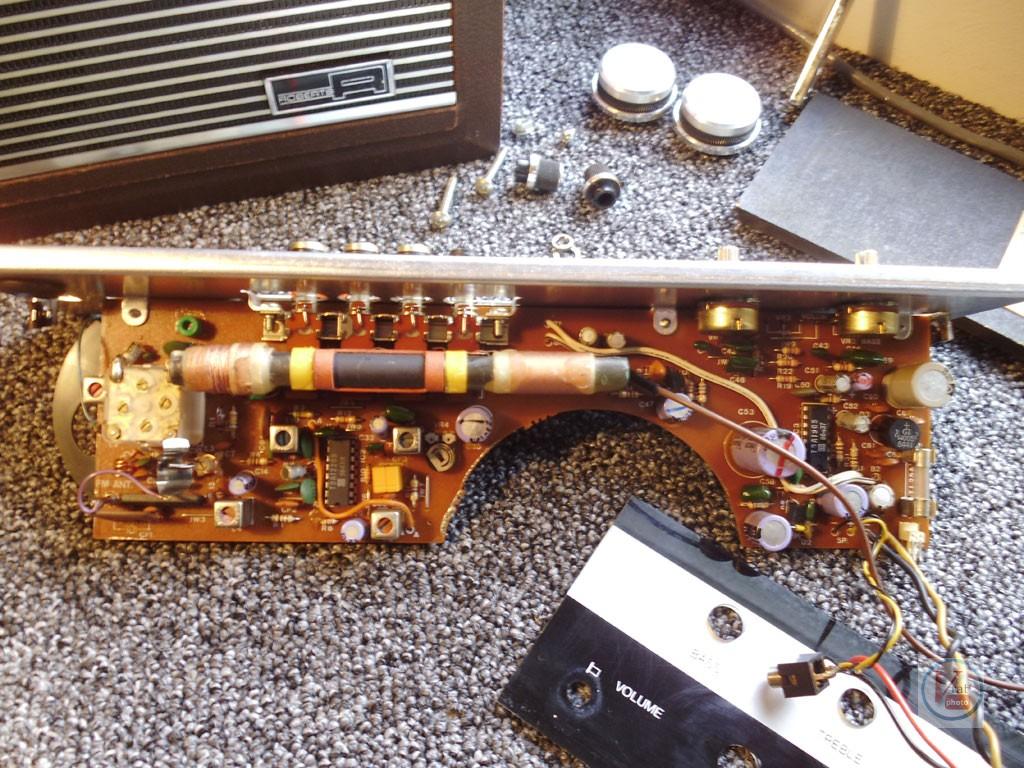 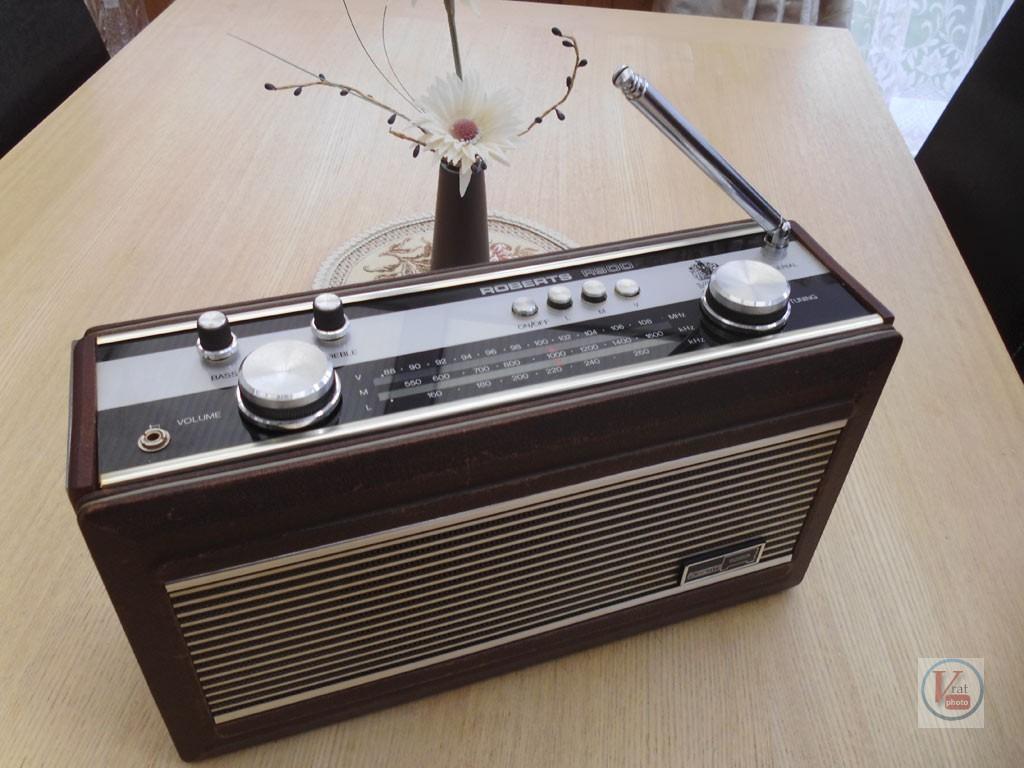 Is the R900 a UK made radio? There appears to be a lot of Imported components in the radio. I am just wondering if this was the start of Roberts importing badged radios like most other makers.