This has to be one of the easiest tripler rebuilds you will ever come up against.

My Baird M702 tripler decided to die, one HV cap had blown itself and two others had developed large cracks. The result was lots of high voltage hissing coming from the X-ray/LOPT tower and a final anode voltage of about 5kV instead of 25kV.

The HV caps are 1000pF 8kV, luckily I had some 1000pF 15kV in stock so set about rebuilding the tripler. At least this one will be much simpler than the BRC 2000 tripler, as this one is not potted.

Simple to get dismantle the tripler box is just a collection of paxolin panels slotted together and held in place by two plastic nut and bolts each end. The internal diode/cap ladder held in place with rubber wire nuts that protrude through the side panels.

Its fiddly trying to hold all the bits together, I had to use a couple of “Third-hands”. I decided to “hot-melt” pot all the little rubber wire-nuts as they were a tad loose on their own due to the rubber having aged, the one that was near the cap blow-up was a bit sorry looking. This additional potting should ensure they don’t work loose and offer extra insulation.

Tripler box was reassembled, it was a tight squeeze as the new caps were physically larger but I had to try solder it all together and still fit the space and mount holes. I replaced some wiring whilst I was at it too. Worked a treat, its not complicated so I will let the photo’s explain. 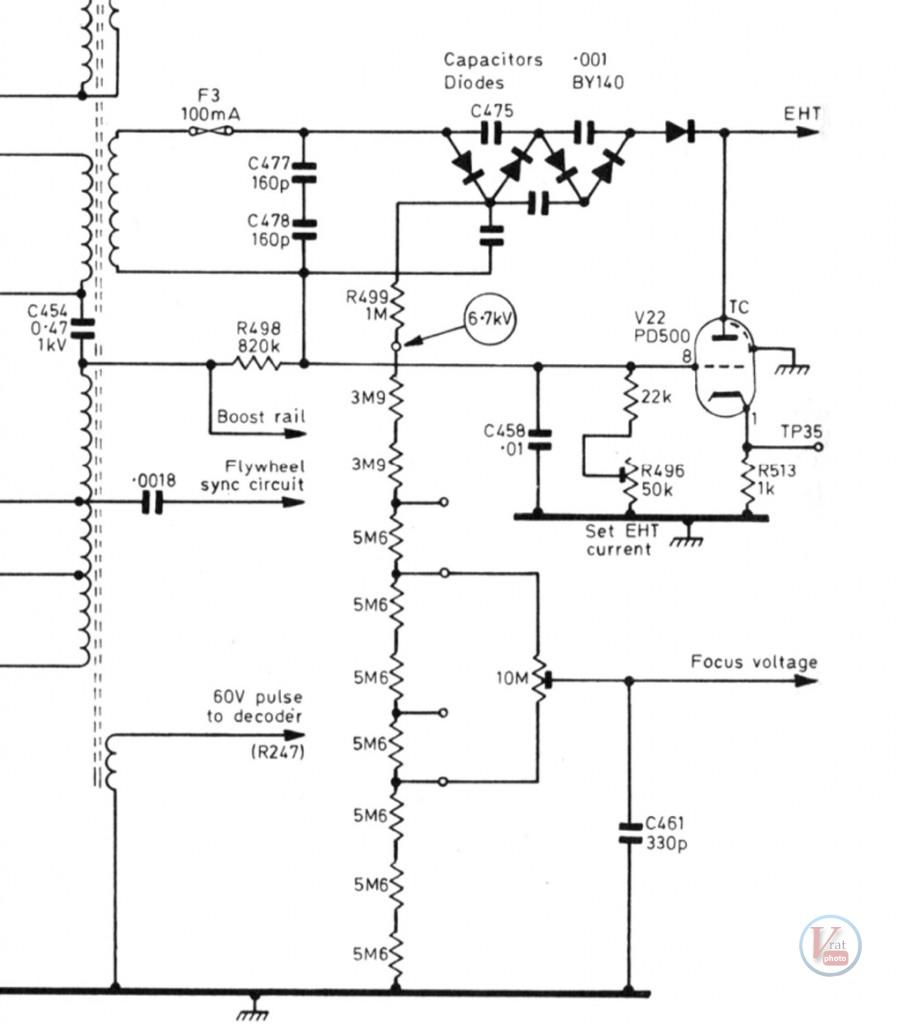 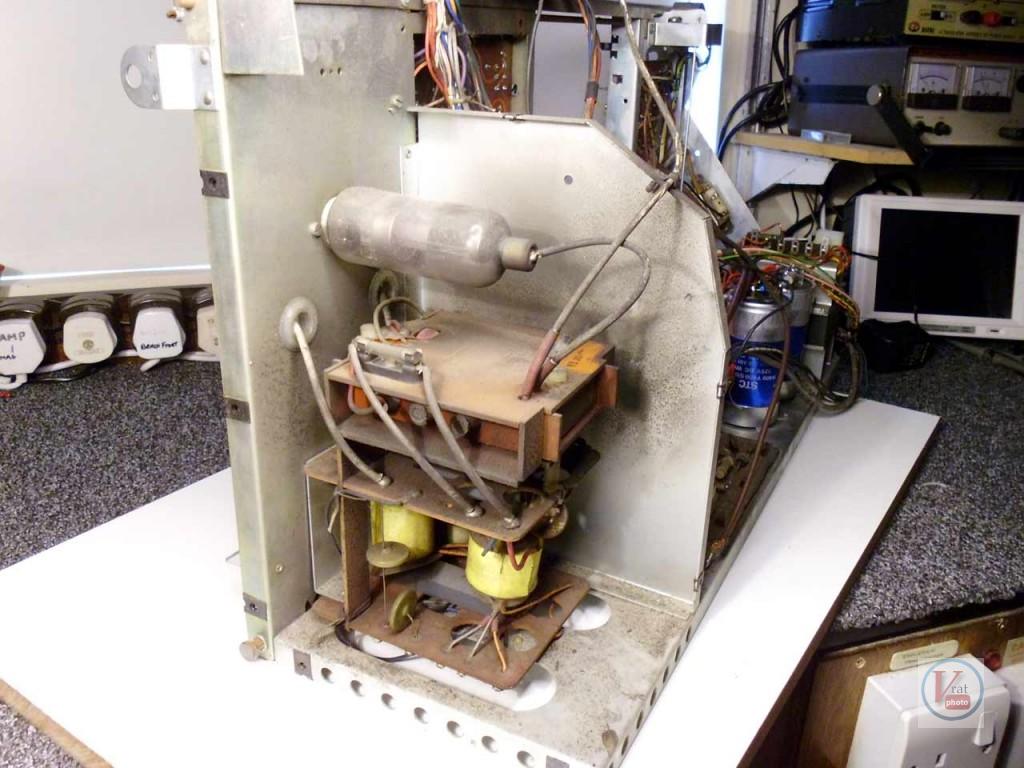 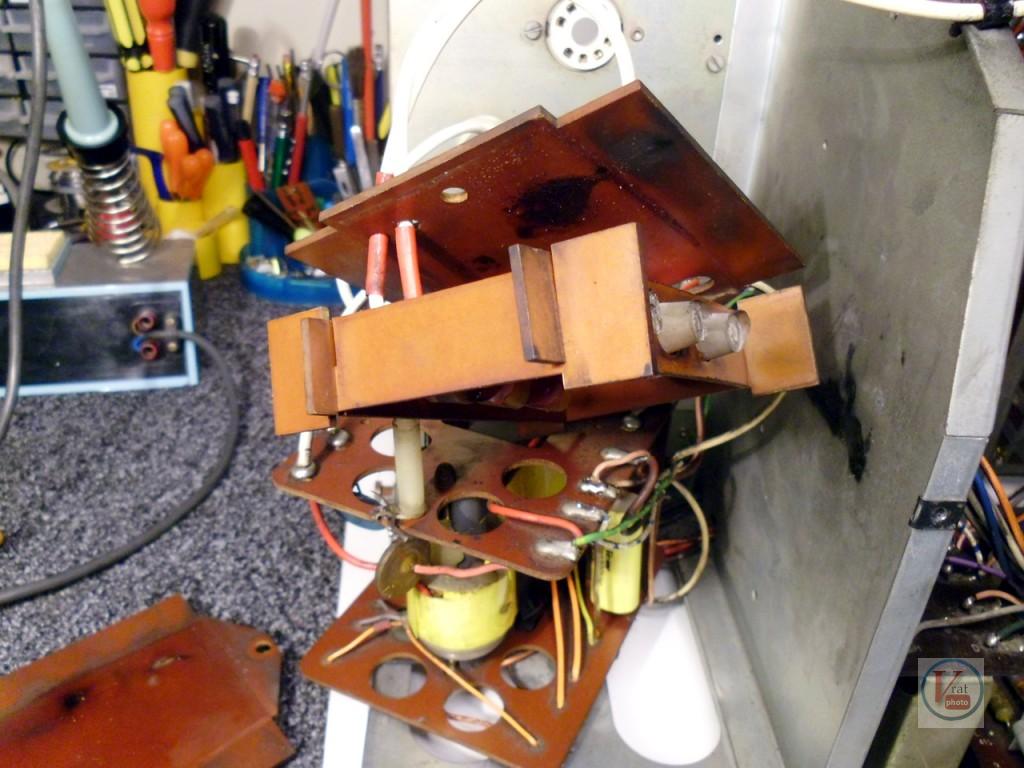 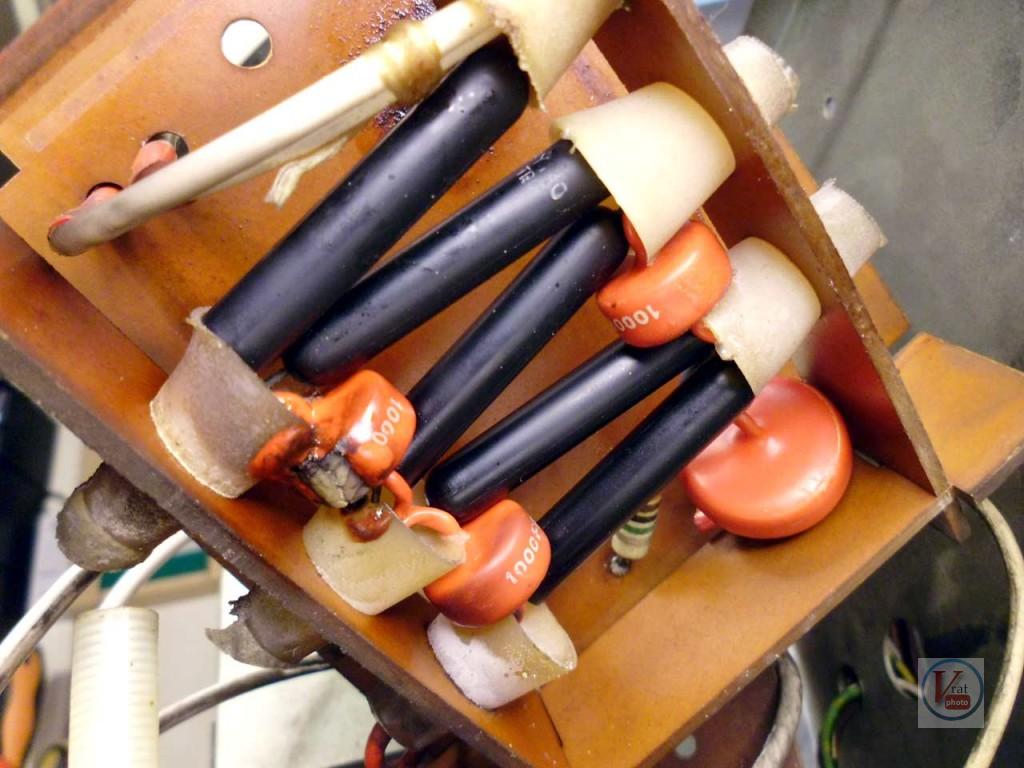 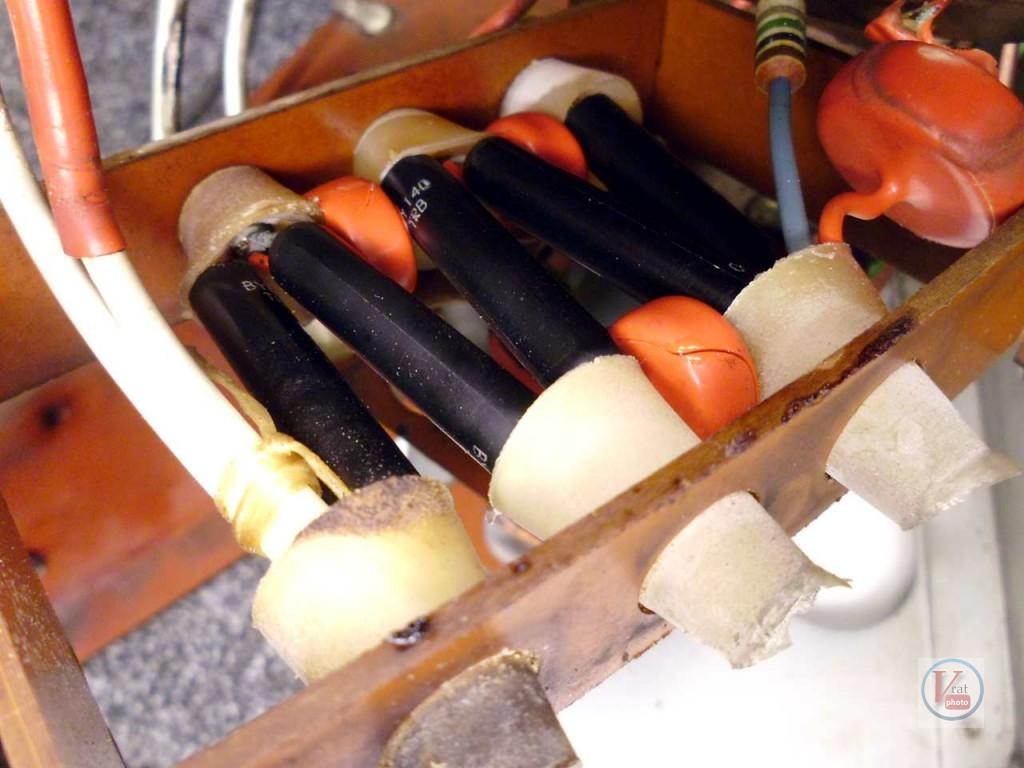 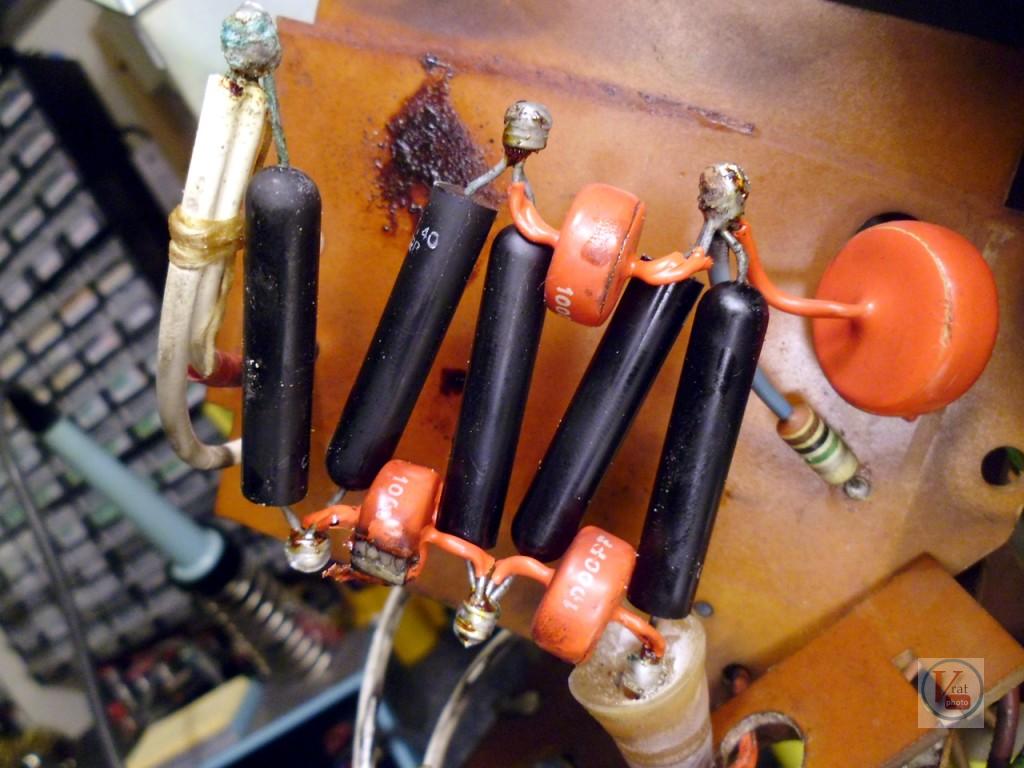 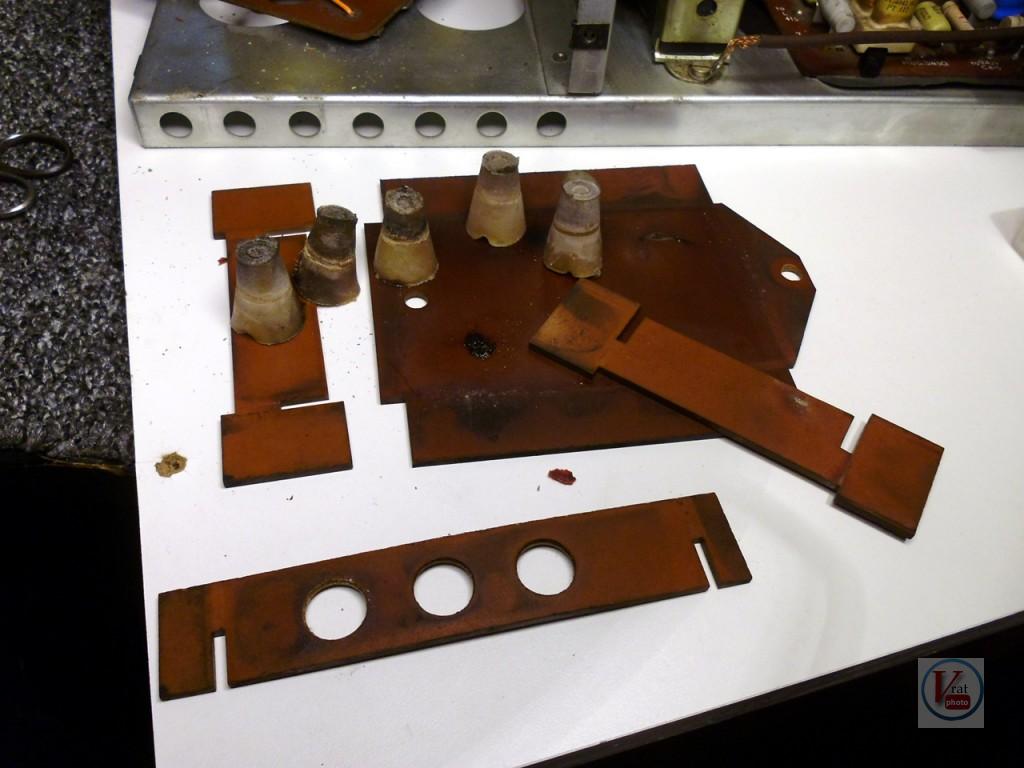 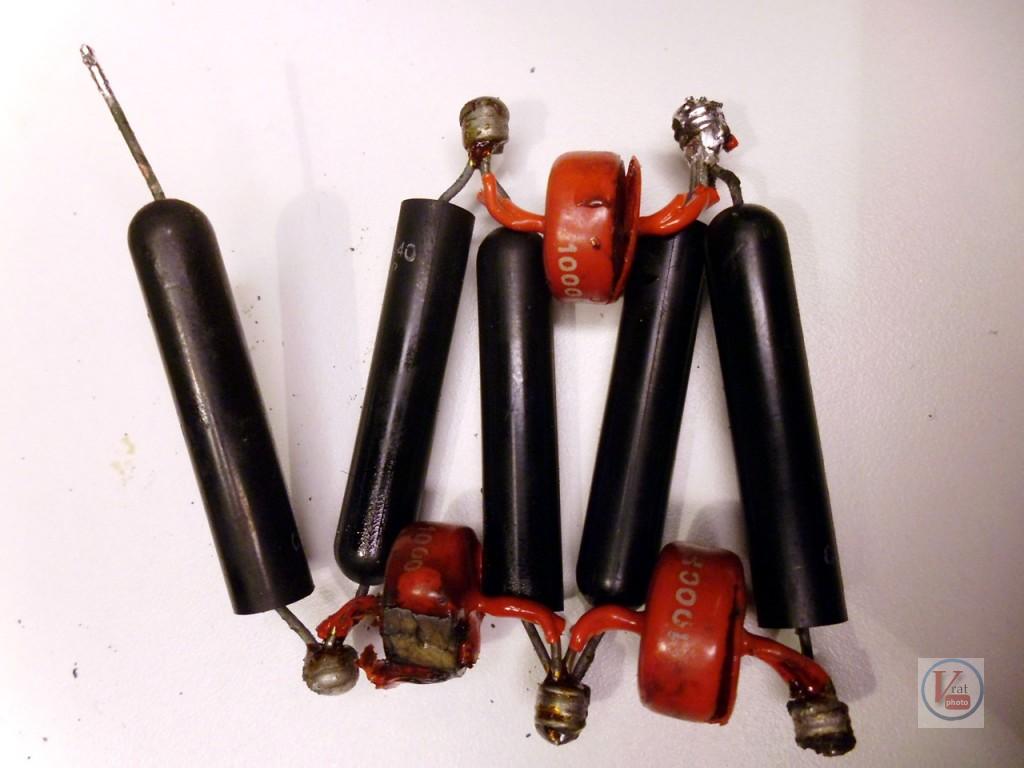 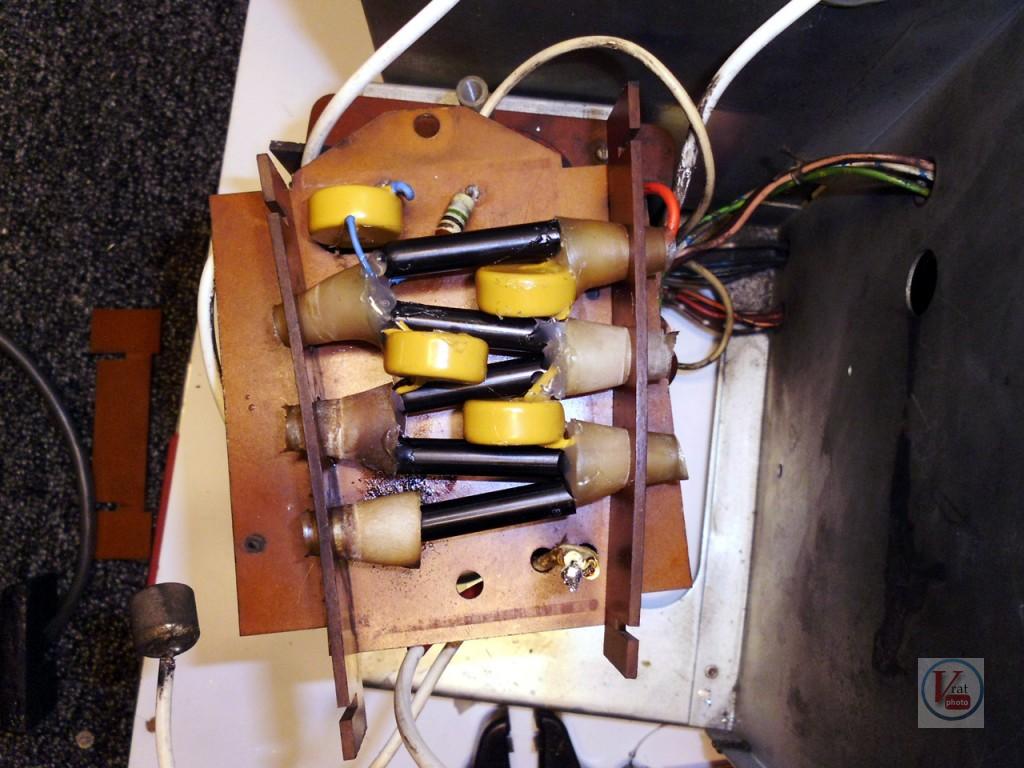 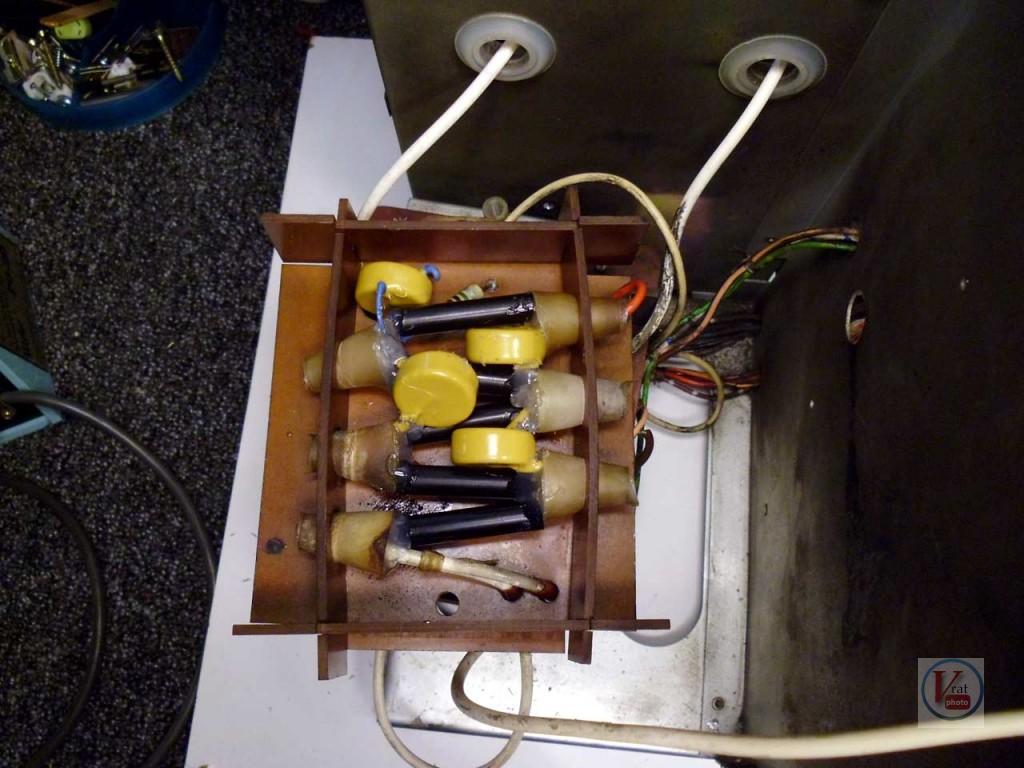 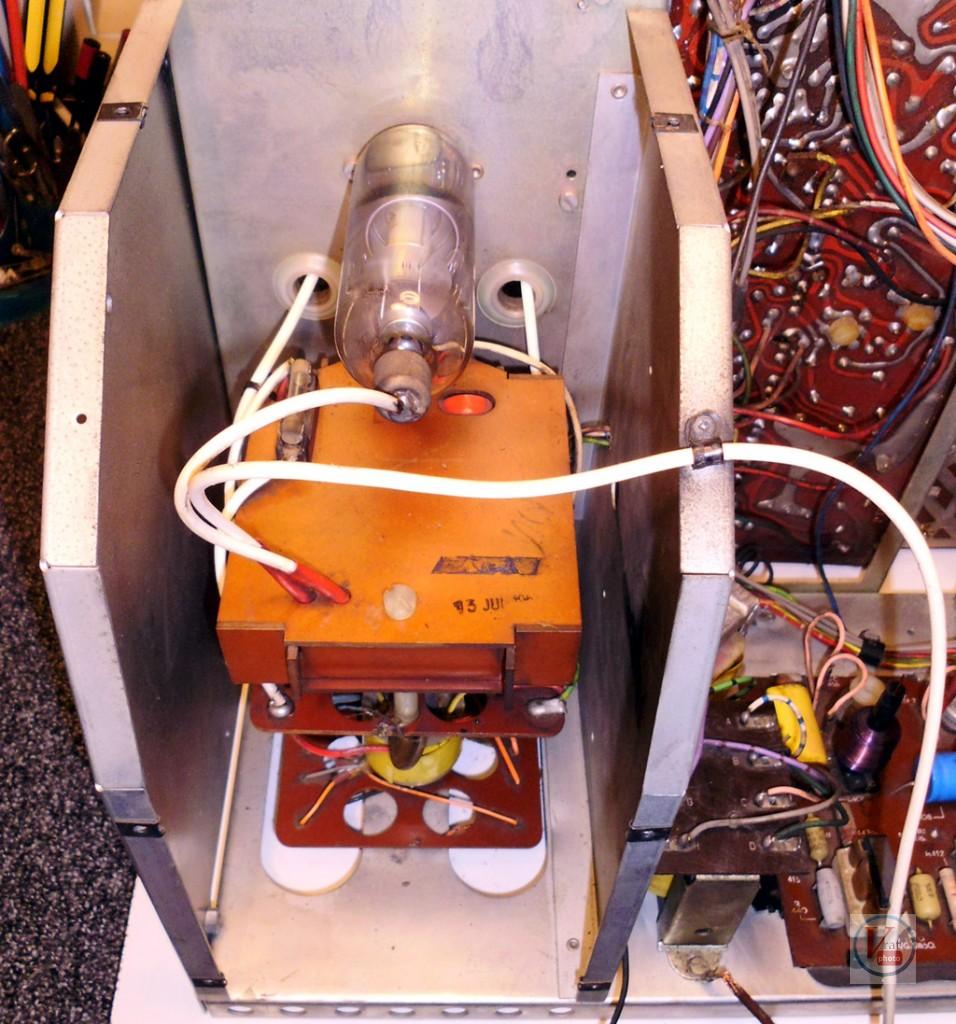 Below you can see the rebuilt Tripler fitted and running in the Baird, rock steady EHT. 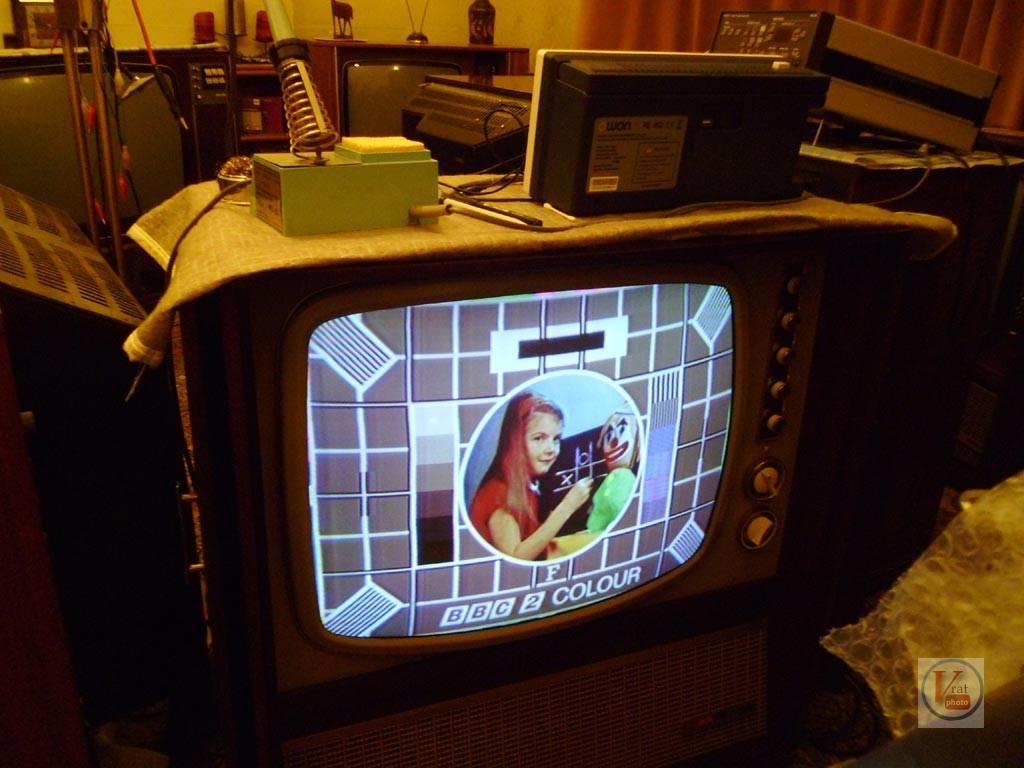 Great to see this, I used to work on the 700/710 chassis. The 700 picture did tend to ‘bend’ when the tube beam current increased. The 710 chassis was better in this respect with better EHT regulation. The picture on your 702 however looks fantastic, the pictures they gave were very good. So much so that when I went to an open day at the Sutton Coldfield transmitting station in 1967, the BBC used three Baird 702 recievers to display the new colour transmissions on BBC2. I loved working on the original Bradford built Baird sets both mono and colour, the pictures and sound they produced were excellent

In addition to trippler repairs, I remember replacing the third harmonic tuning capacitors C477/C478 (2x160pf). These were a frequent source of failure on the 700 chassis. 1970 was a long time ago though!

Like Steve, (whom I worked with) one of my memories was trying to wrestle a failed diode/cap out of the assembly and replace it neatly. I was always surprised that considering the whole tripler assembly was made of paxolin and not hermetically sealed, how little corona discharge resulted. Maybe the heat from the LOPTX helped to keep the damp out. I don’t think I ever changed a LOPTX though.

That and patching up the frequent burn-ups that occurred with monotonous regularity around the PFL200!