Colour Launches in the UK 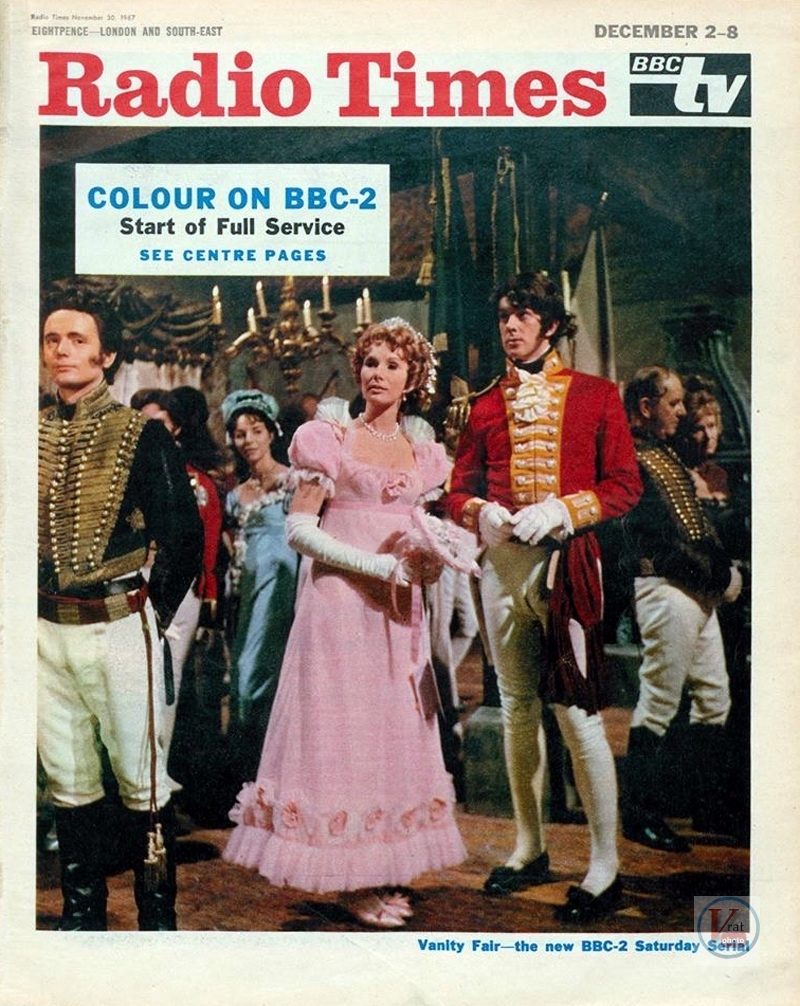 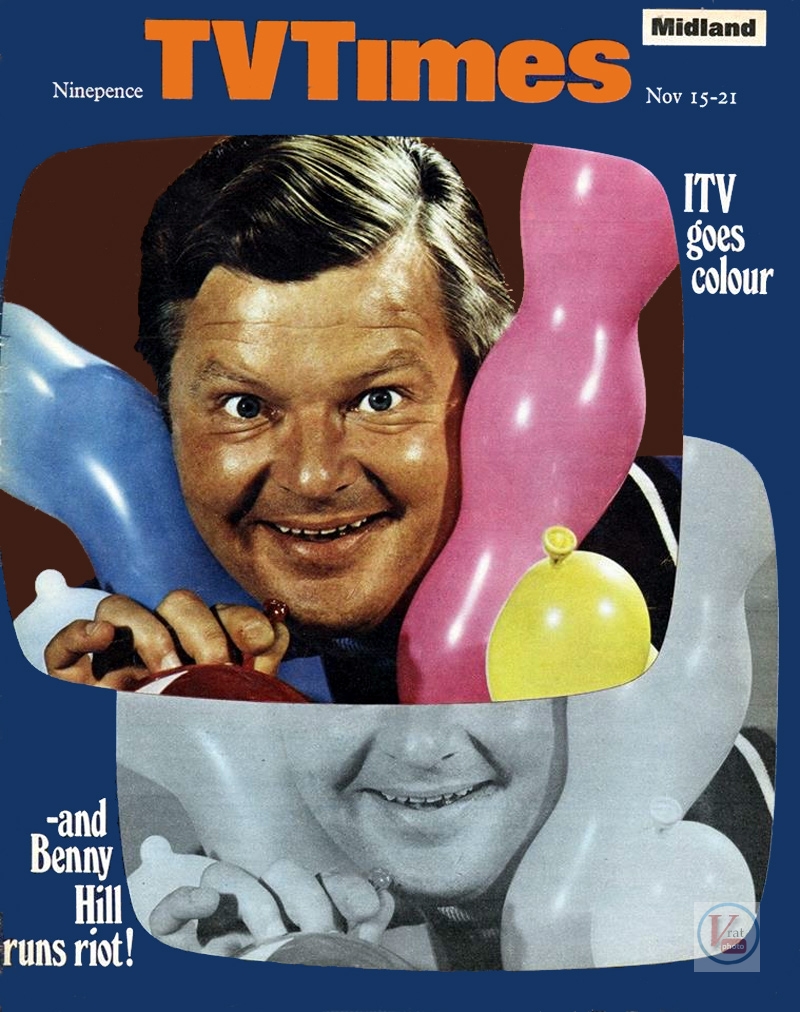 The following items are promotional items.

A supplement that would have been found in the Times newspaper. 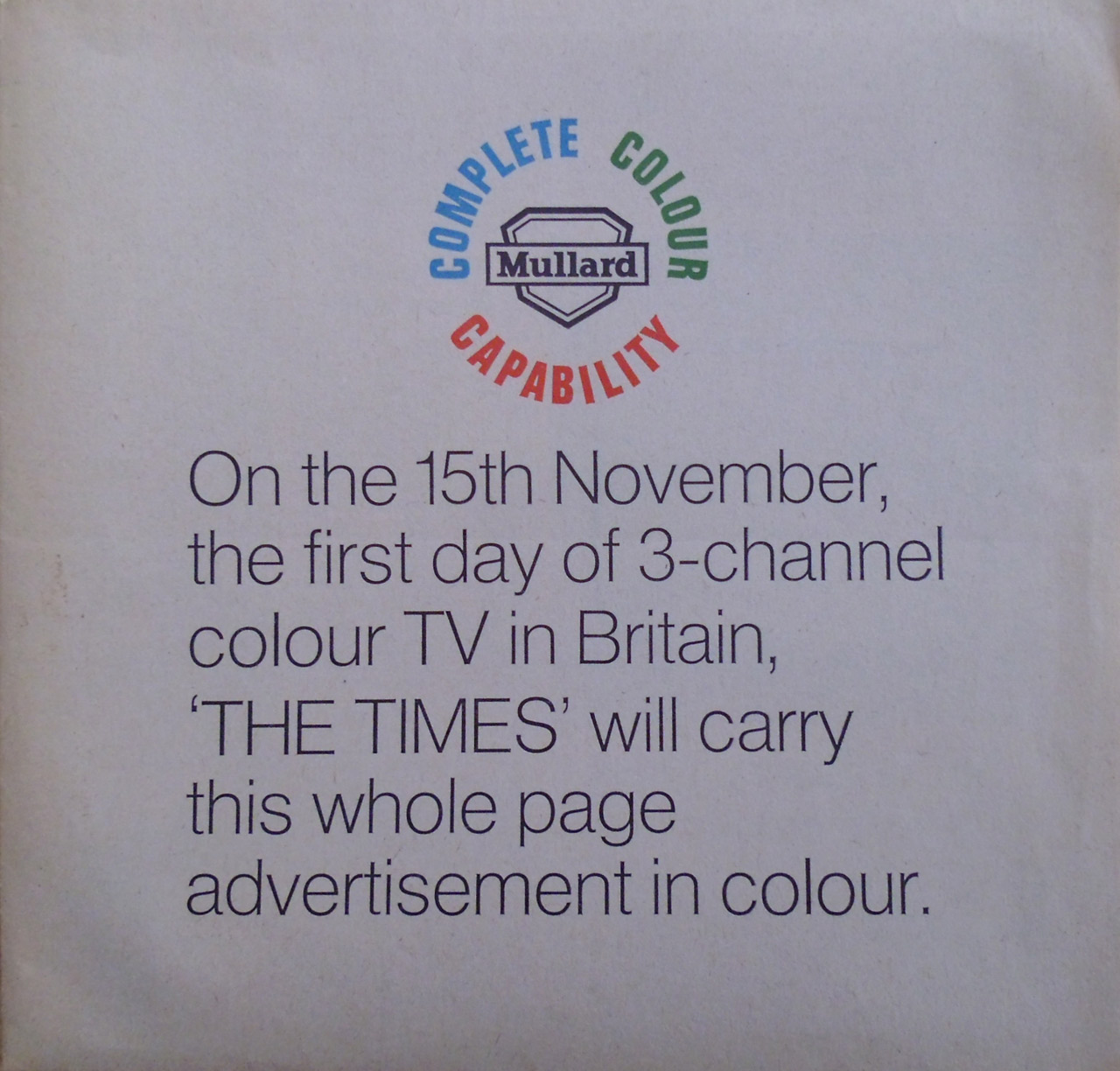 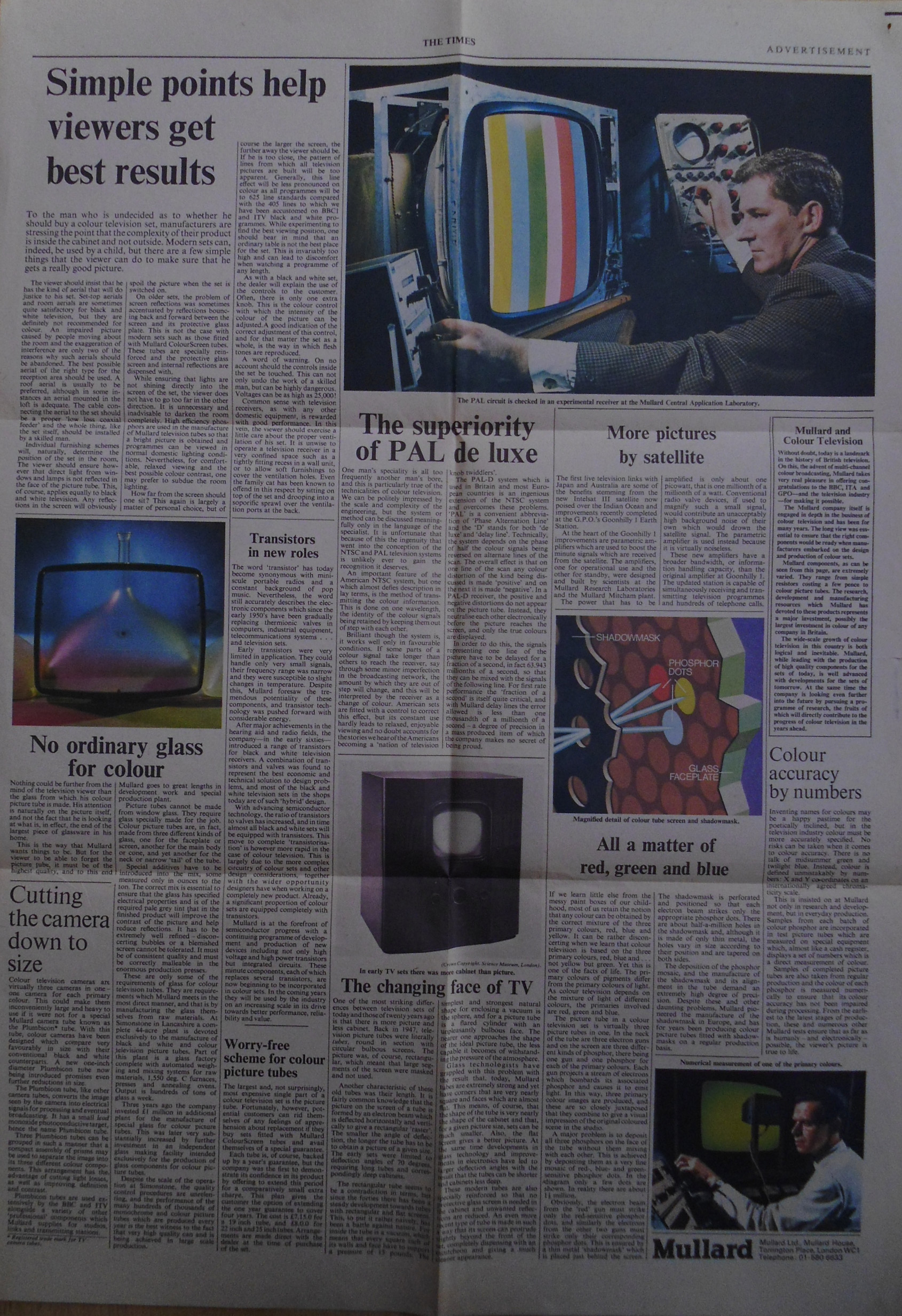 Apologies these are photos of the items not scans. Items are long gone elsewhere. 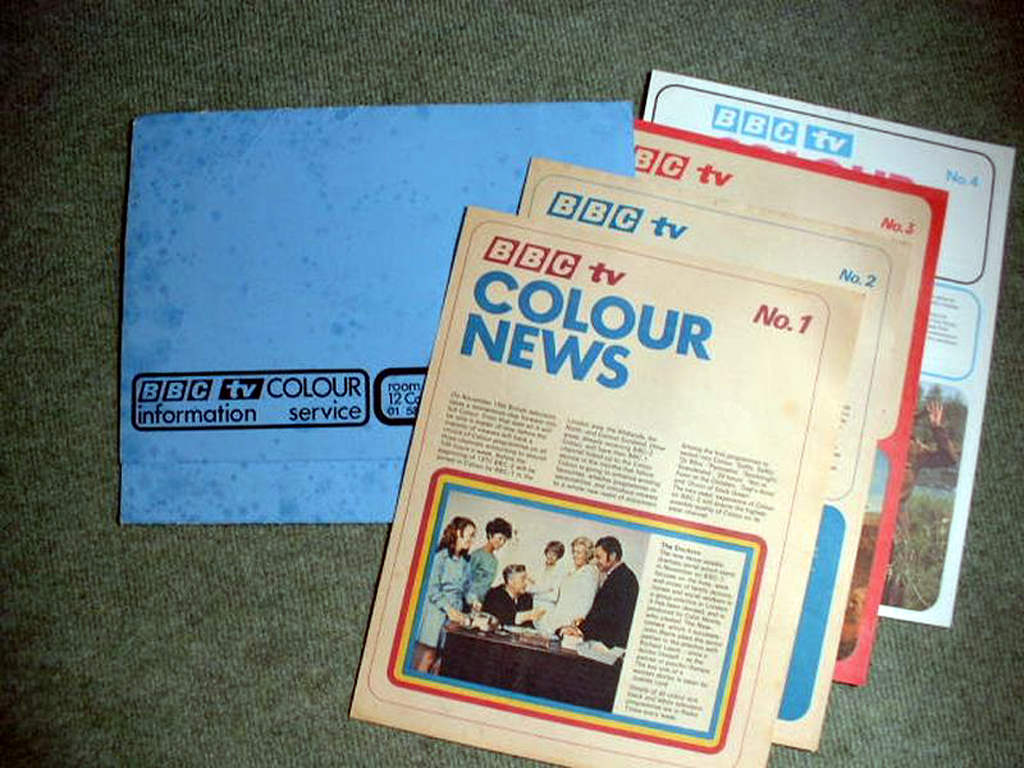 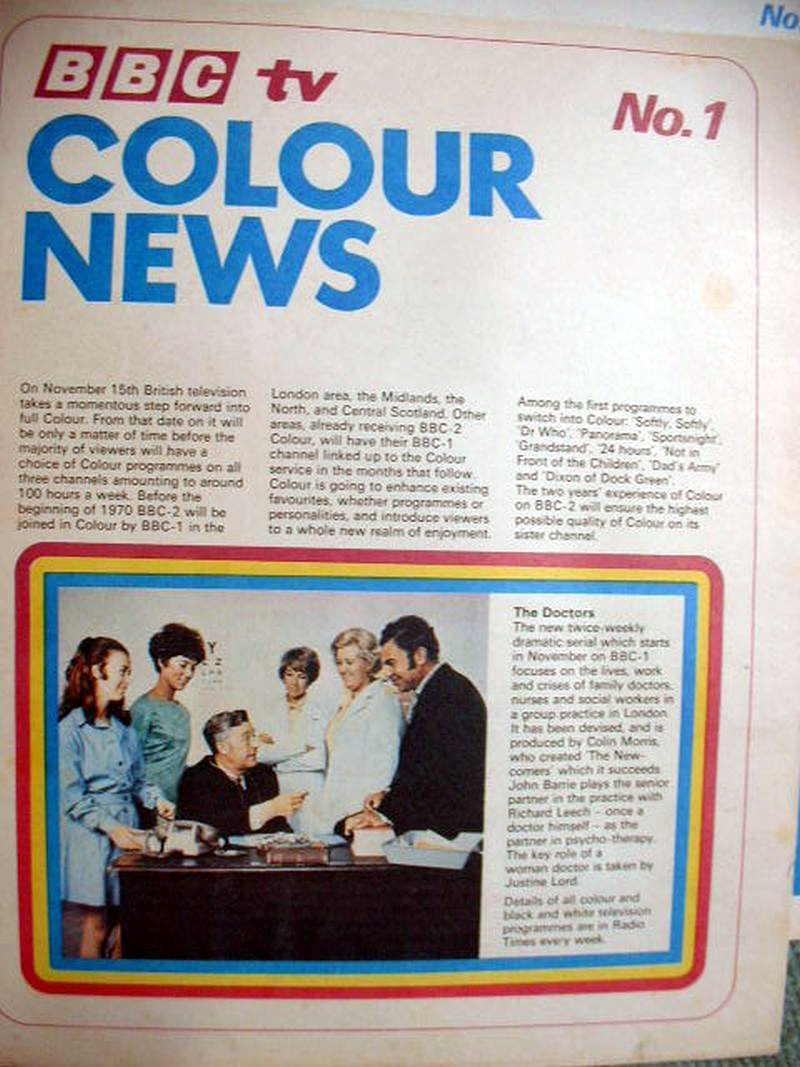 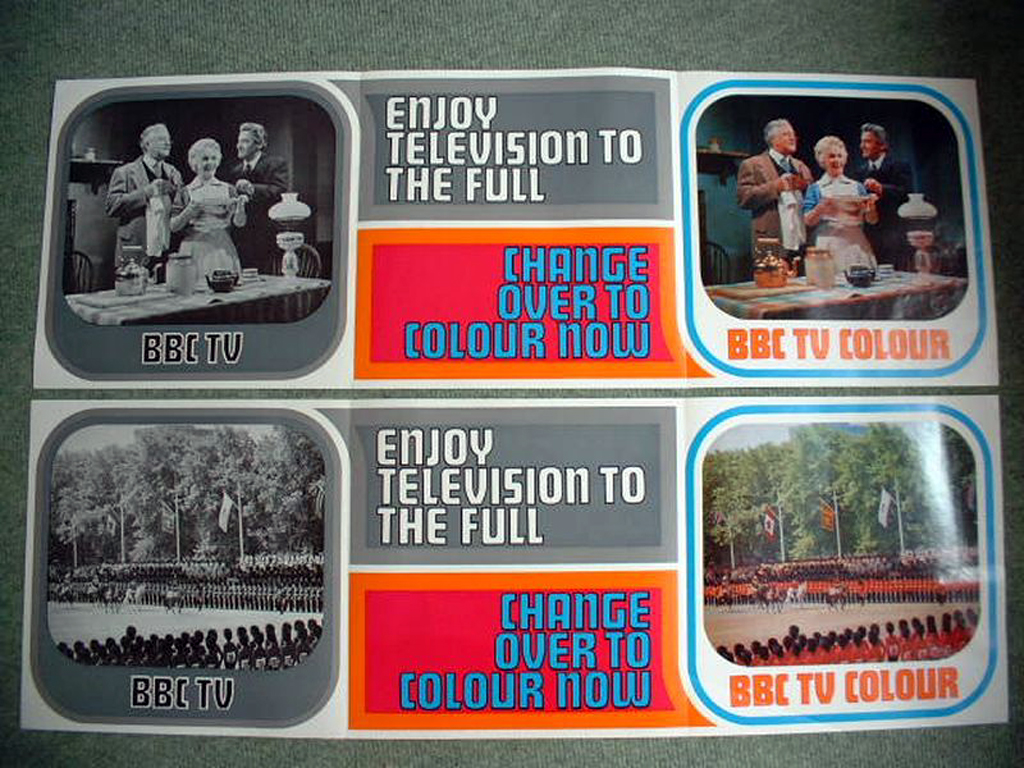 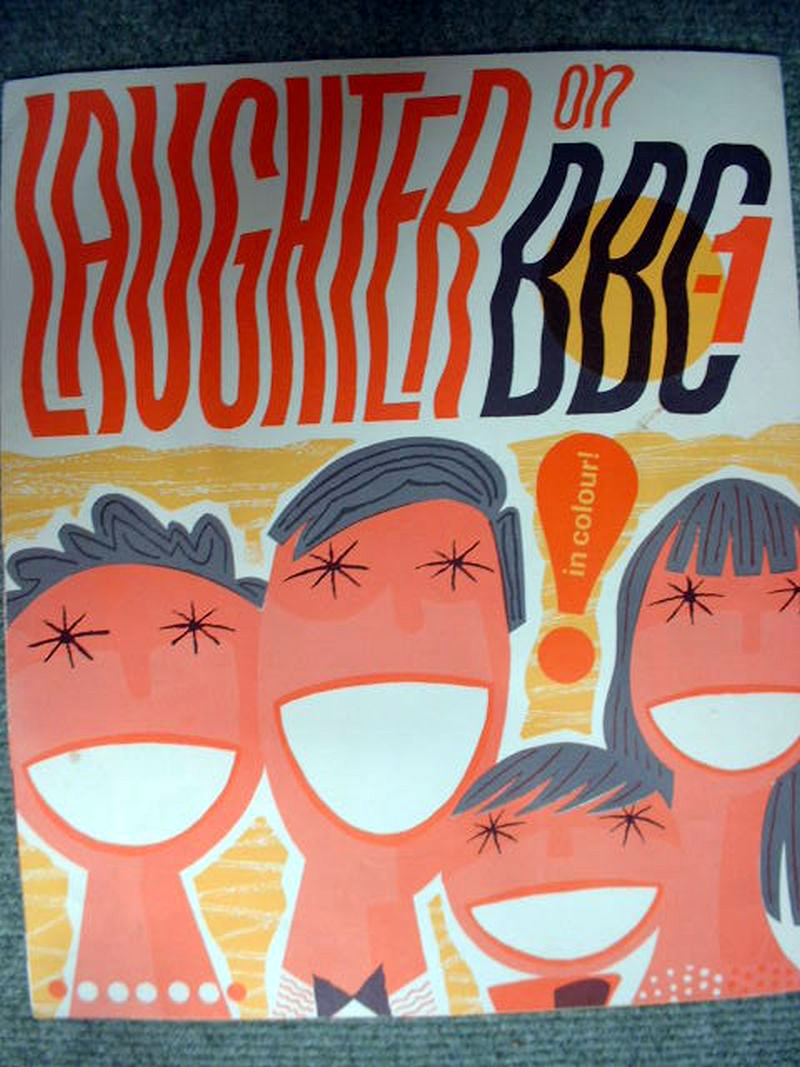 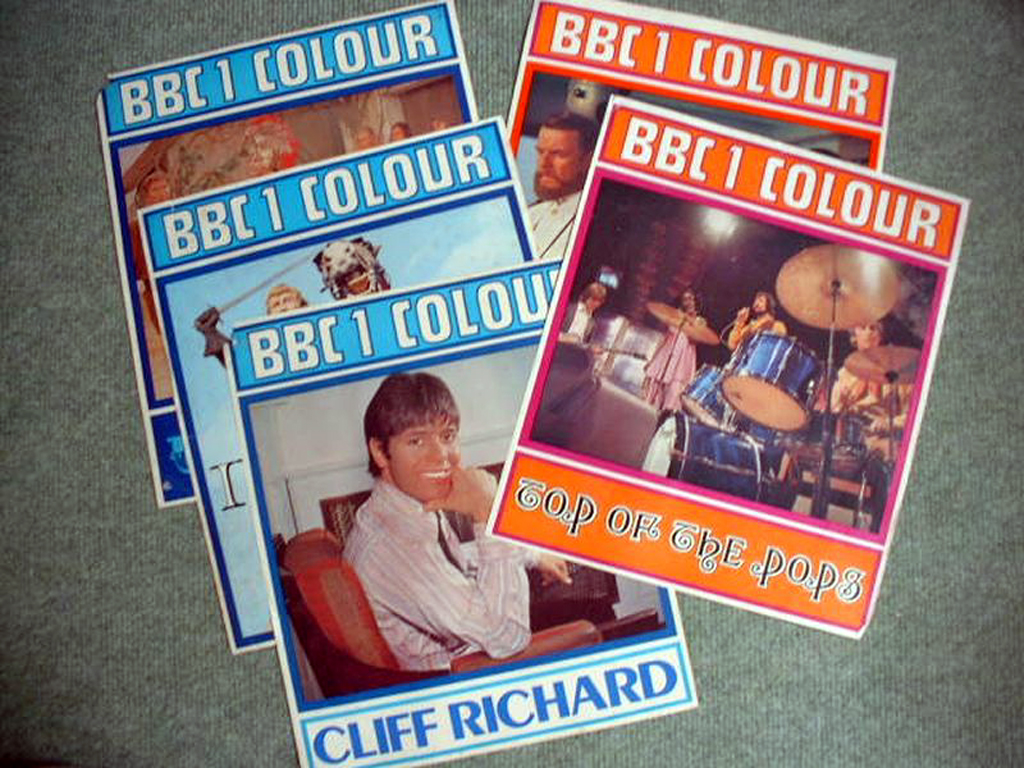 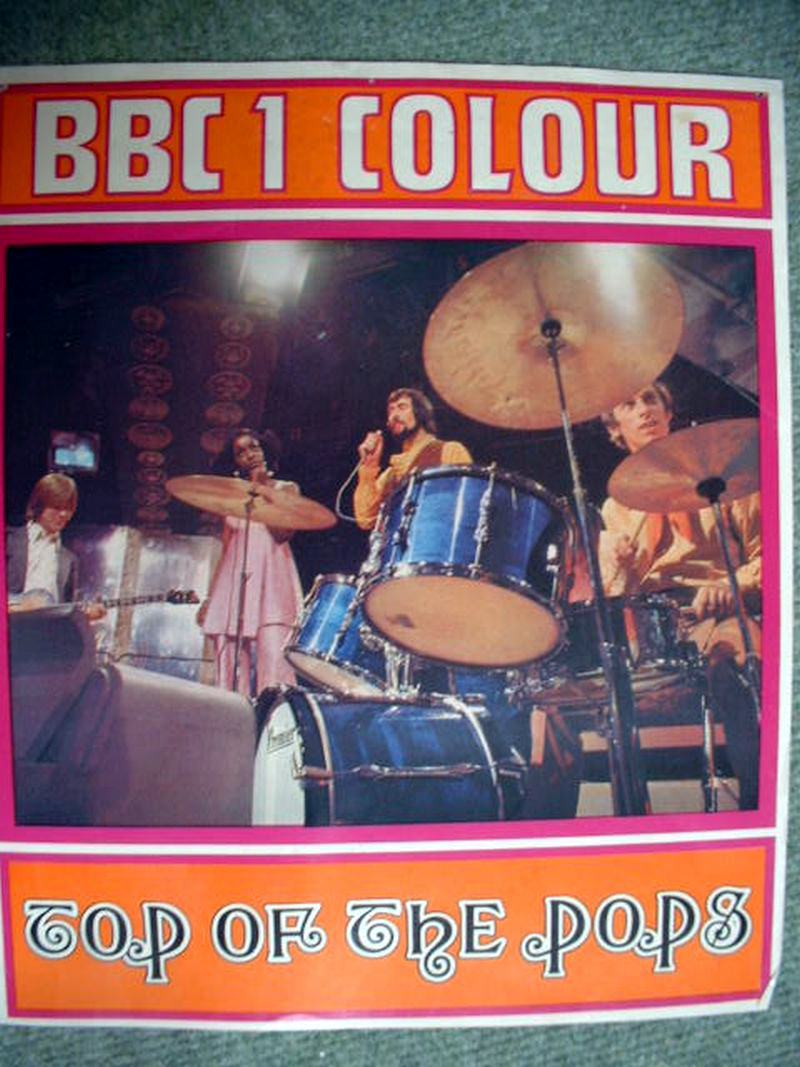 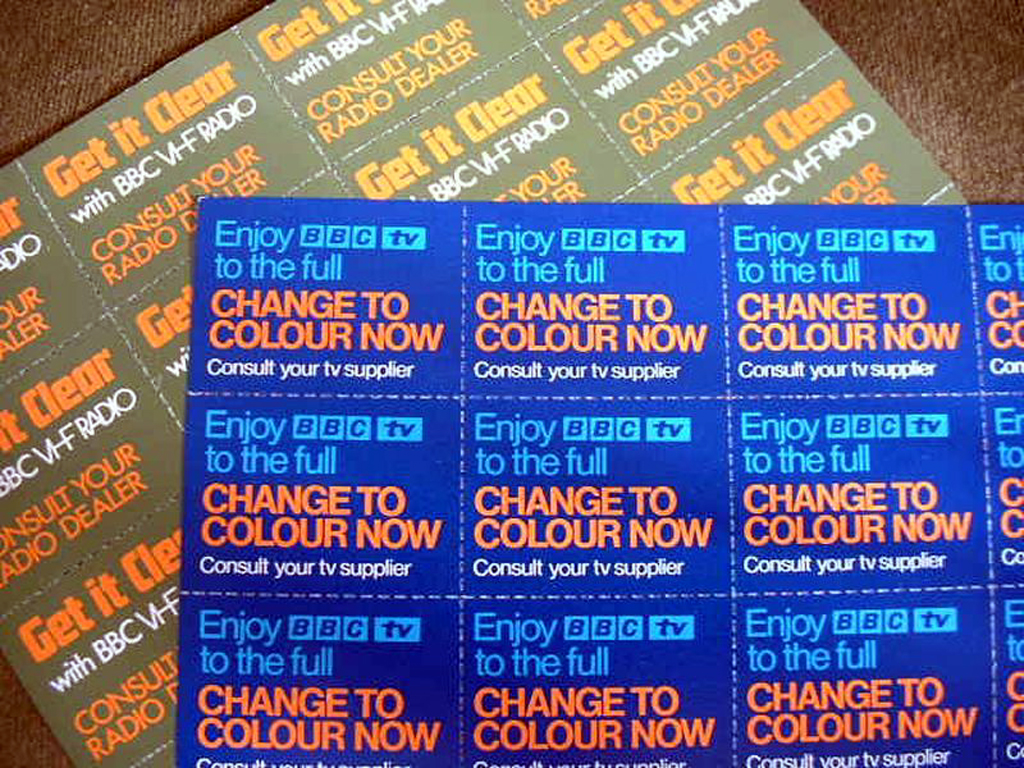 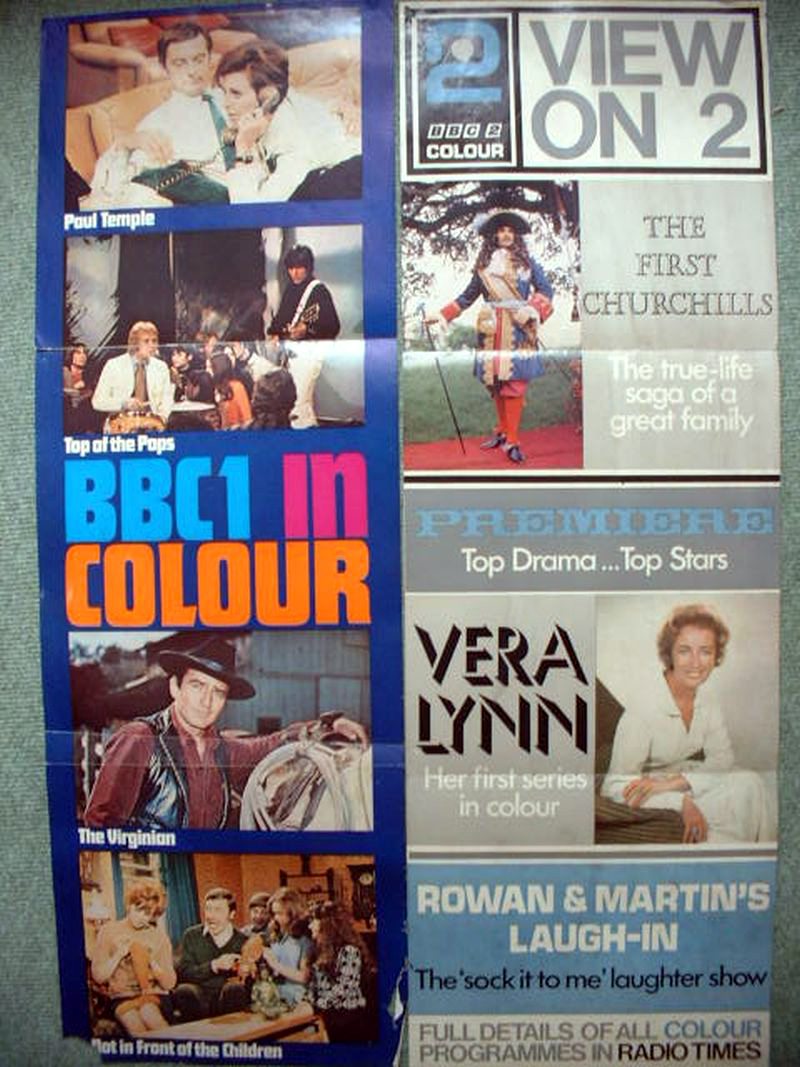 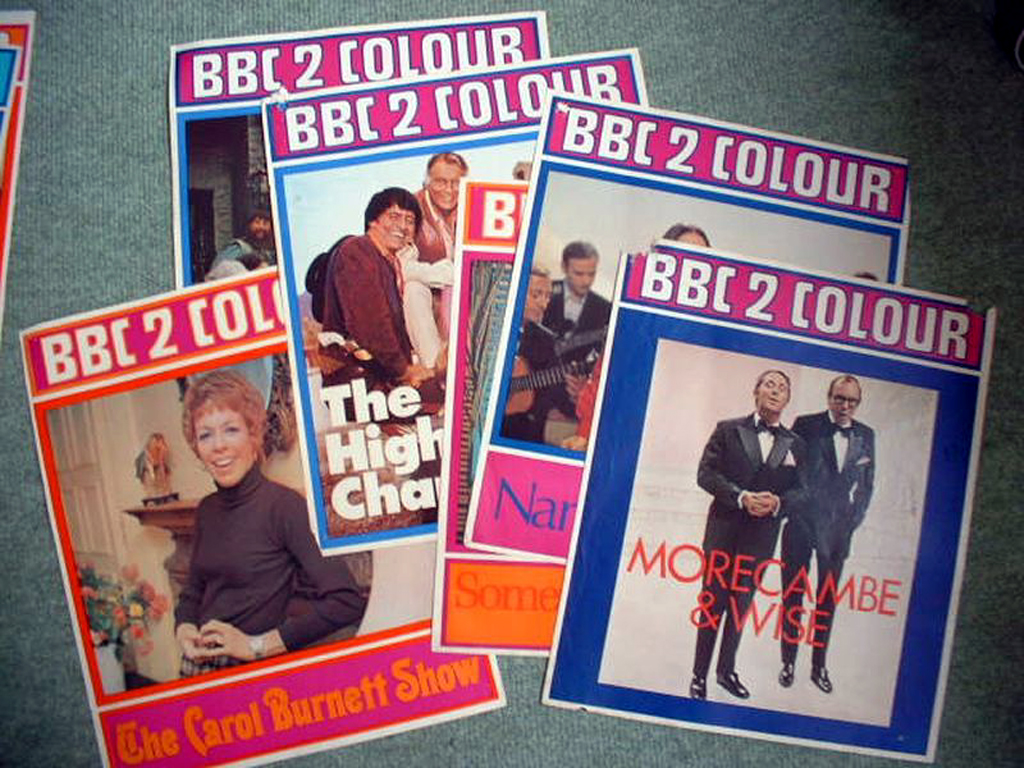 I wonder if there are any other such promotional literature items out there for the launch of colour. If you have something and would care to scan and share, please get in touch using the contact form here.

Very interesting to see these.

I’ve been interested in the history of television production and presentation for a long time.

When Colour was launched in 1967 I was working on the bench in an independent Radio and Television shop (called Tee Vee Radio ltd.) in Wembley Park just down the road from Wembley stadium and the London weekend studios. I remember having to go out and help install the first sets that were sold. Although the shop sold a quite a wide variety of makes of black and white television sets,  the owner (Bert) chose only to sell the Thorn 2000 series of colour sets. Be it 19 inch or 25 inch that the customer bought, it was a 2 man job to deliver the set to the customer in the company cream coloured 1966 Austin 60 van (which had column gear change). A good couple of hours could then easily be spent installing the set. First job was to fit whatever type of mains plug required and then the set was allowed to warm up before then checking the purity and static convergence followed by the dynamic convergence etc all the time checking the 405 picture for errors. Nothing was rushed. We used a pattern generator plus the test card of course. Sometimes although the uhf aerial would be new or fairly new the 405 aerial wasn’t always up to scratch and ghosting or snowy pictures was a problem but a lot people seemed to not always worry about such things although some did of course. A good number of then 2000’s were sold as it was quite an up market area. Among the things that I can’t remember though the date when the colour trade test films were first broadcast but it seemed quite a long while before the official launch date.

@jcdaze my dad, Fred Scott would have been working there around that time. Then he moved to spectra in watkin road.

That is amazing. Wow over fifty years ago Fred taught me a lot. I’ve sent you a private message.

Among the things that I can’t remember though the date when the colour trade test films were first broadcast but it seemed quite a long while before the official launch date.

The folk at the testcard circle, logged all the data you’re after here http://www.testcardcircle.org.uk/ttcfatoz.html

Tyne Tees Television went colour on 13 July 1970. My Mother remembers date this clearly because she was heavily pregnant and Tyne Tees kept running a promotion/jingle for the date which also happened to be the due date of my sister and she was getting really annoyed! My sister ended up being premature anyway.