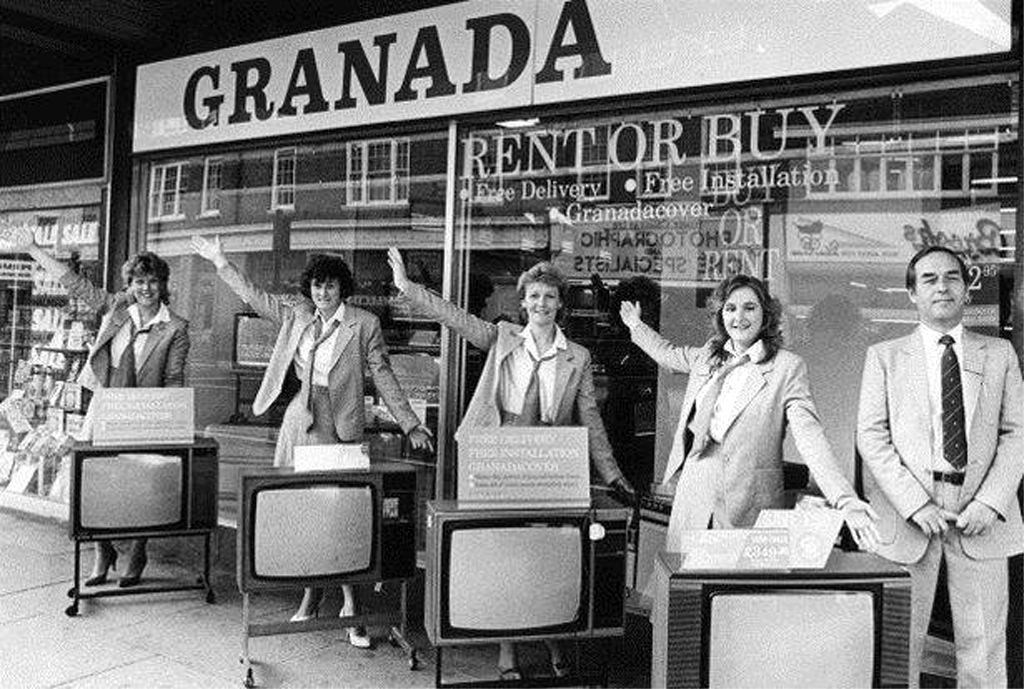 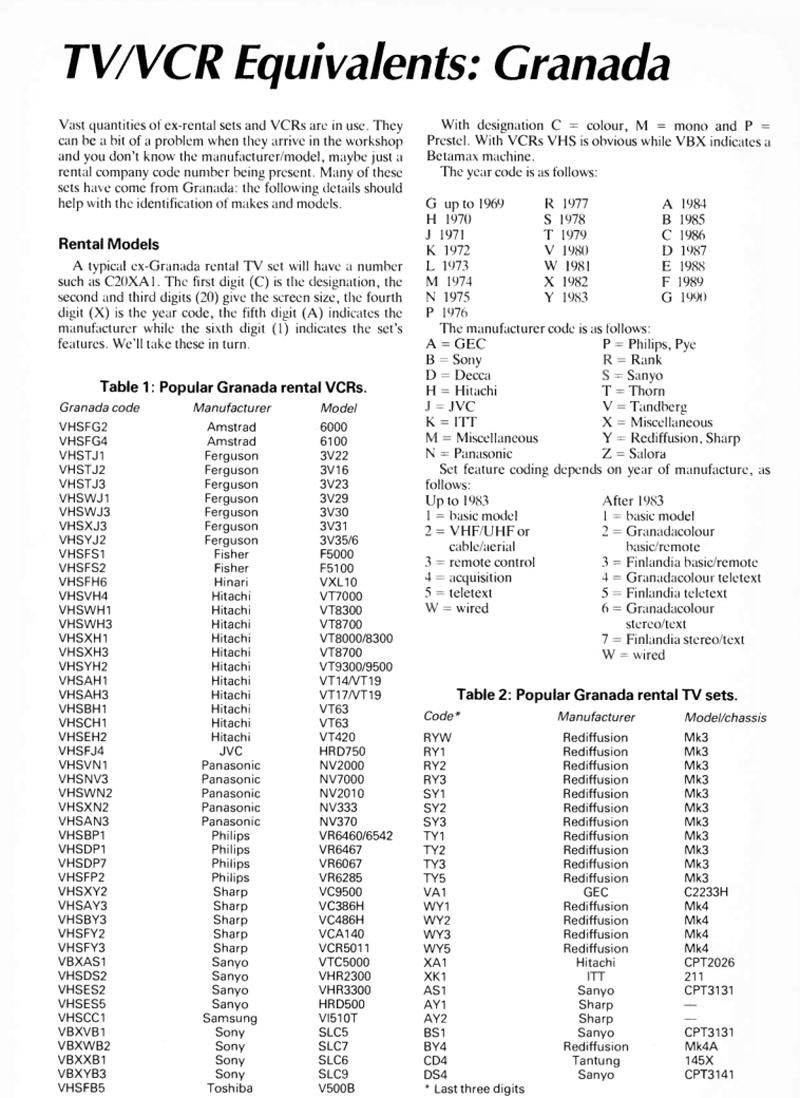 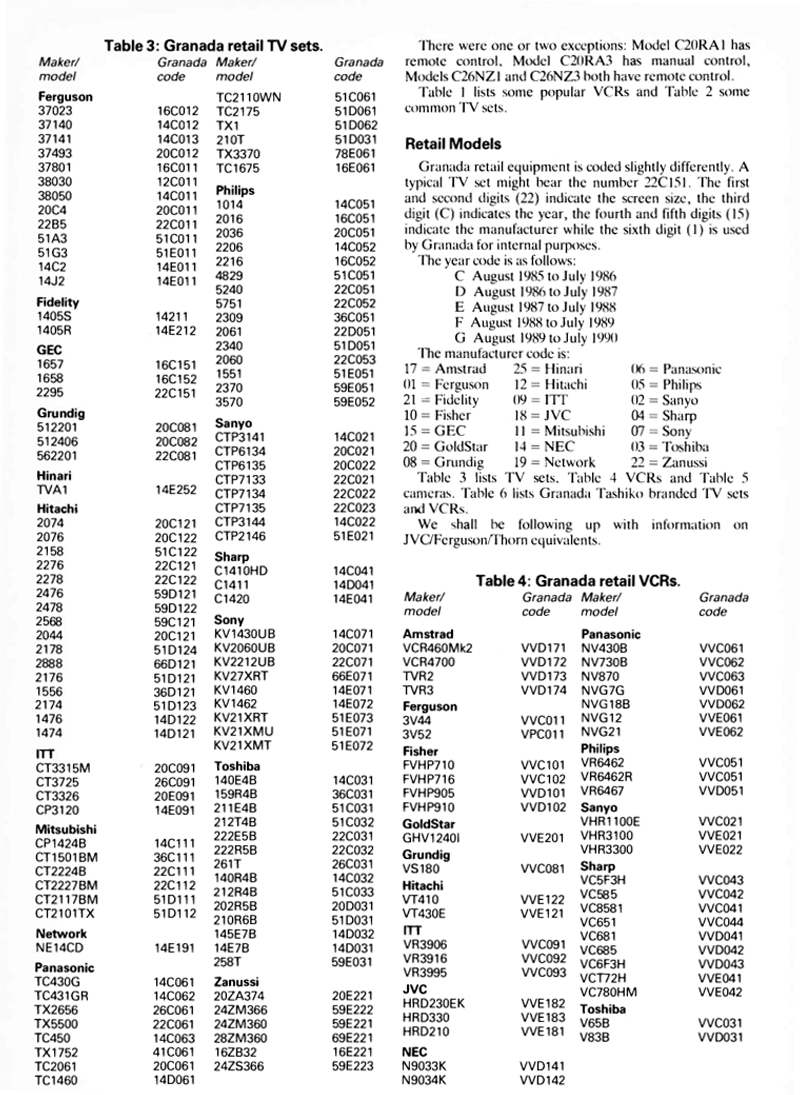 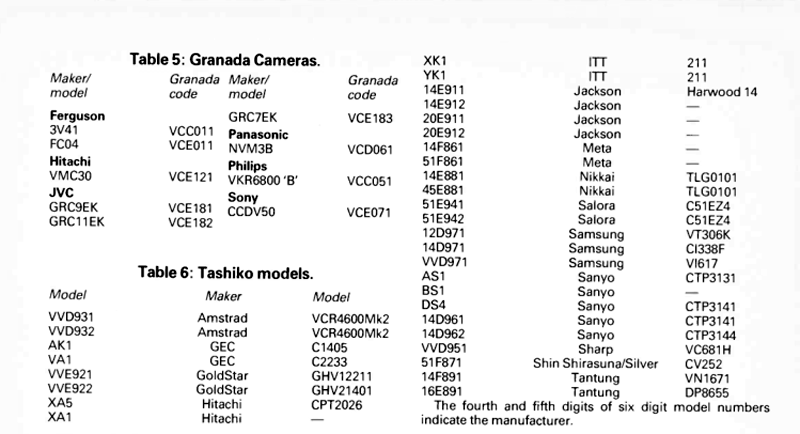 Re – The photo taken outside the Granada Tv Showroom.
The second Colour Television from the left is a Rediffusion Mk3 and our family had one of them in the early 80’s. It displayed the best picture and was very reliable with no service calls in 4 years.
The second set from the right looks like a Rediffusion Mark 4 TVRM. I bought one of these sets when I got married in the mid 80’s. Sadly, the performance and the picture quality was not a patch on the Mark 3 and ended up replacing it with a Sony Black Trinitron.

Nice to see the picture at the top, there doesn’t seem to be so much about Granada rentals online compared to Rediffusion, Radio Rentals and DER.

The set we had when Granada took over Spectra would probably have been a C22NA1 on Granada’s system. We definitely had a C22XA5 briefly, then a C20XA5 for a few years. We also had a trial of probably the C22WZ5, and later had a C16BK2 (easily the worst ever, for reliability), along with our first video recorder, the VHSXH3.

Set at the bottom right of this picture is a C16BK2 – http://shorturl.at/hkALO – anyone know the ordinary ITT equivalent model number?

No idea why you included a Spotify link, that appears to point to a music share group called “Dertle”, that equally appears to have no picture of the C16BK2 TV!

The code as you know only lets you know you’re looking for a 16″ ITT from around 1985. I do not have any brochures for ITT from the 80s. The KB (ITT) Museum only goes up to 1977. I even have a tool that allows you to search the entire contents of all the “Television” magazines. I used it to track down a Granada code, resolving it to the exact Tandberg model. Using the same tool for the C16BK2, returns nothing!

Hmmm.. dodgy URL shortener – the original rather huge one is – having tried twice to shorten it with unexpected results, it is a last resort.

The “2” at the end had changed meaning by then to “Granadacolour basic/remote”. It could potentially have been a different year letter but I am pretty certain it was B. I did see a brown fronted ITT badged version of the set once – and I was led to believe it too had been unreliable. Didn’t get the model number though.

I’ve edited your post, to add an online photo link from elsewhere, rather than adding the page URL, right-click the image, then select “copy image link”. That way It auto embeds. Quite simple, you don’t need any URL shorteners or other malarkey.

Last edited 17 days ago by crustytv
Reply
Table of Contents