There are two recommended and official methods.

The first is by setting the collector peak voltage at VT504, this requires the use of the Thorn CPV diode kit. The device basically takes the collector voltage, rectifies and smooths it and then is used in conjunction with an AVO 8 (shown below). Not only can you set the 3K series chassis using this device but also the other chassis in the BRC/Thorn family, details of which are in the following table. 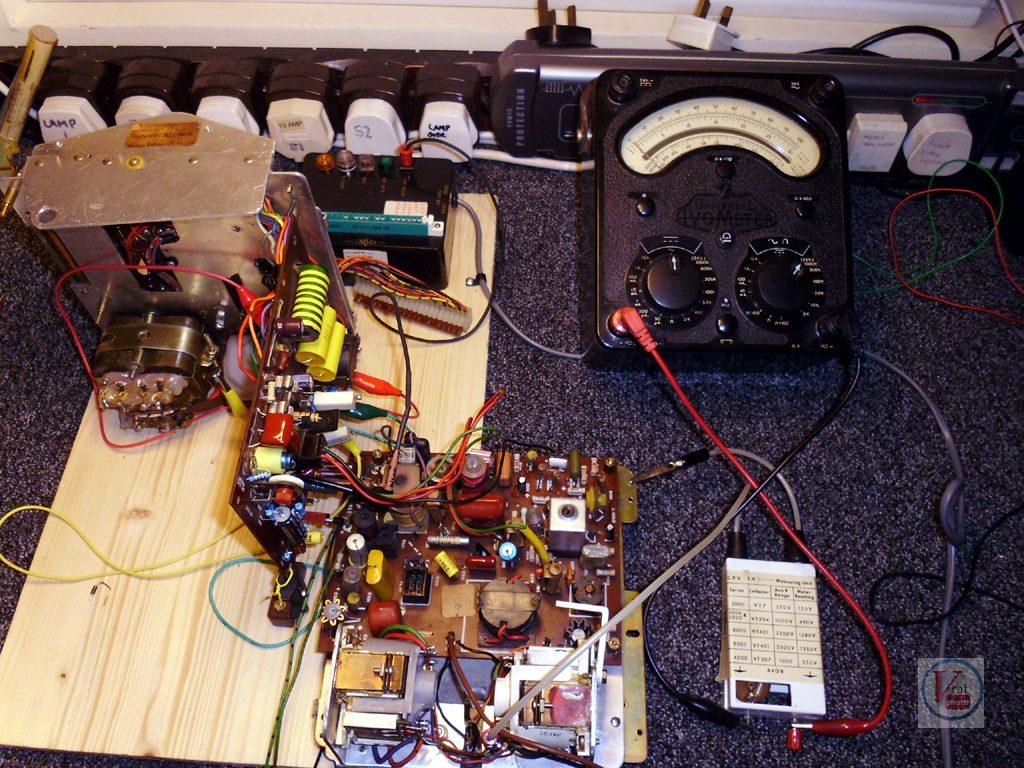 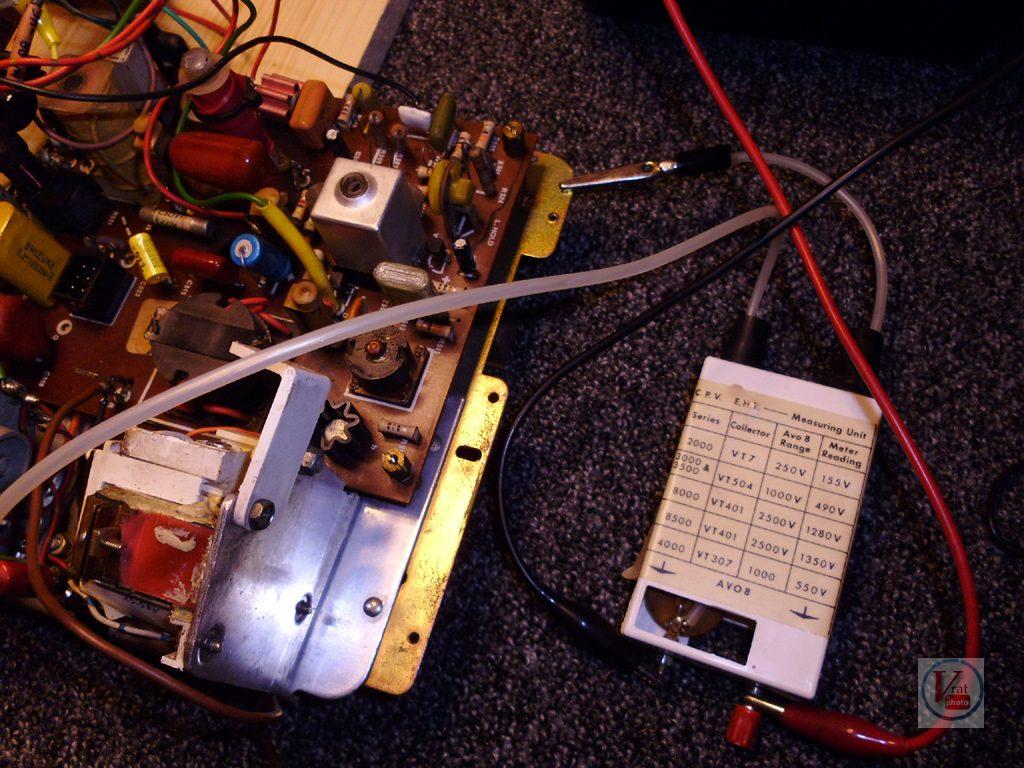 The second method involves measuring  the current in the focus resistor chain which is connected in shunt with the EHT circuit. To do this you have to transfer the focus panel to the long earth tag on the left-hand side of the spark protection on the CRT base PCB. With an AVO 8 set on 250uA range between chassis and the focus panel test point, with the contrast at minimum and the three gun switches off, the SET EHT control is adjusted for a reading of 12uA.

Some engineers of old admitted they just adjusted the control to obtain 58-65 on the Chopper rail fuse F603. Although under certain conditions and depending on the Line Timebase module, this was known to cause excessive EHT. Although not officially approved many service engineers were advised if using this method to set it for 61V in the interests of preserving the tripler.