I’ve heard forum members who were in the trade to the bitter end, folk like Baz & John for example, often talk and remark on the ‘Jungle’ IC. Not having much interest in TV’s much beyond the mid to late 1980’s, I’d zero clue as to what this IC represented. That is until reading a Ferguson Feedback issue this morning. Boy am I’m glad I’ve no interest in those later sets that used them. For those like me who were blissfully unaware or perhaps the likes of Baz, John and others who may like a stroll down memory lane, he’s an overview from Ferguson.

By the way, did it get the ‘Jungle’ nickname due to the sheer number of functions it carried out? A veritable jungle in there!

I checked my stores and was pleasantly surprised I have one in stock, there maybe others. 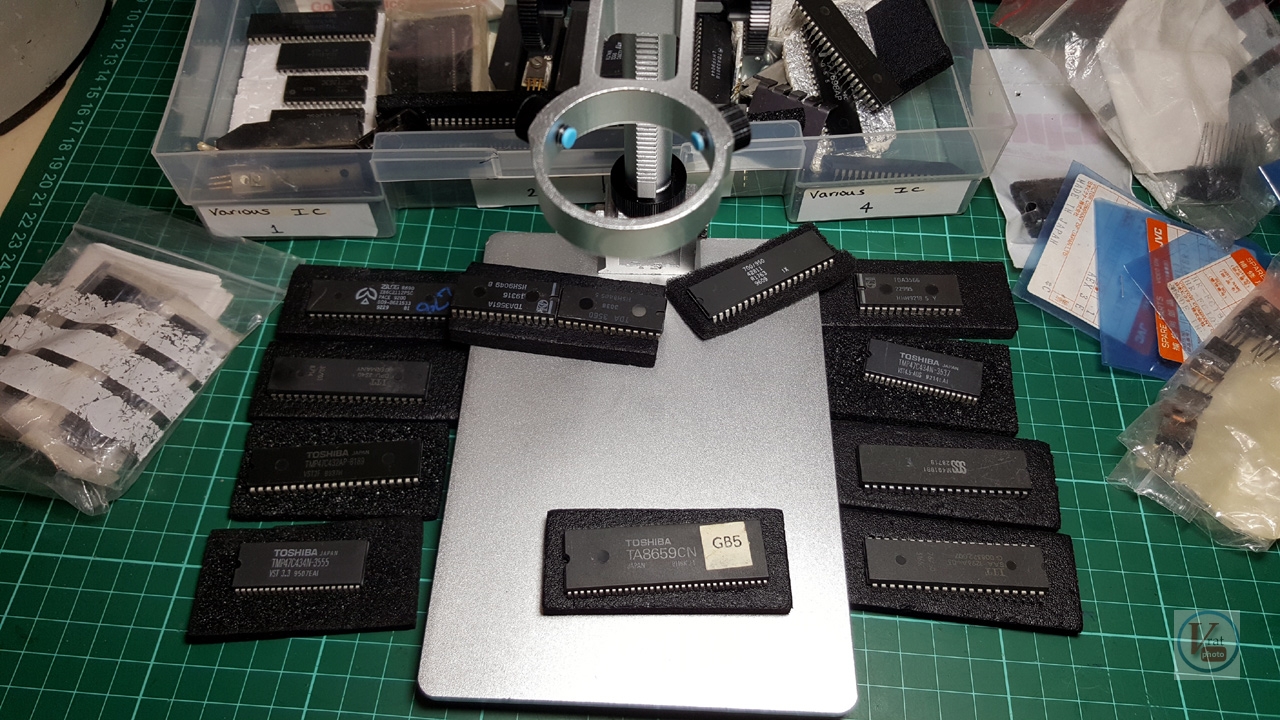 This integrated IC TA8659CN performs a large number of functions.  Included in this 64- pin IC are the colour decoder, sync  separator and time based generators.  Note: Not all of the features of this IC are used in the example receiver which was an IKC2.

The IC performs the following functions:

There are two ground connections 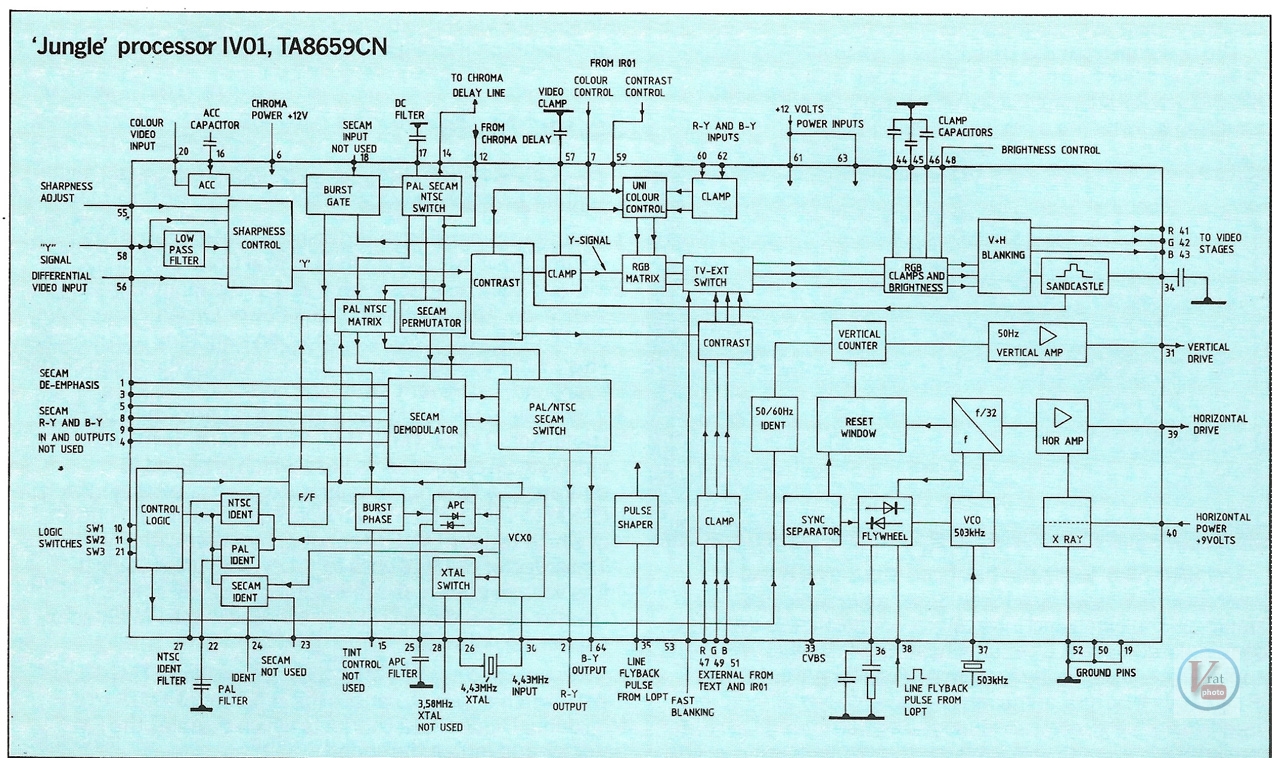 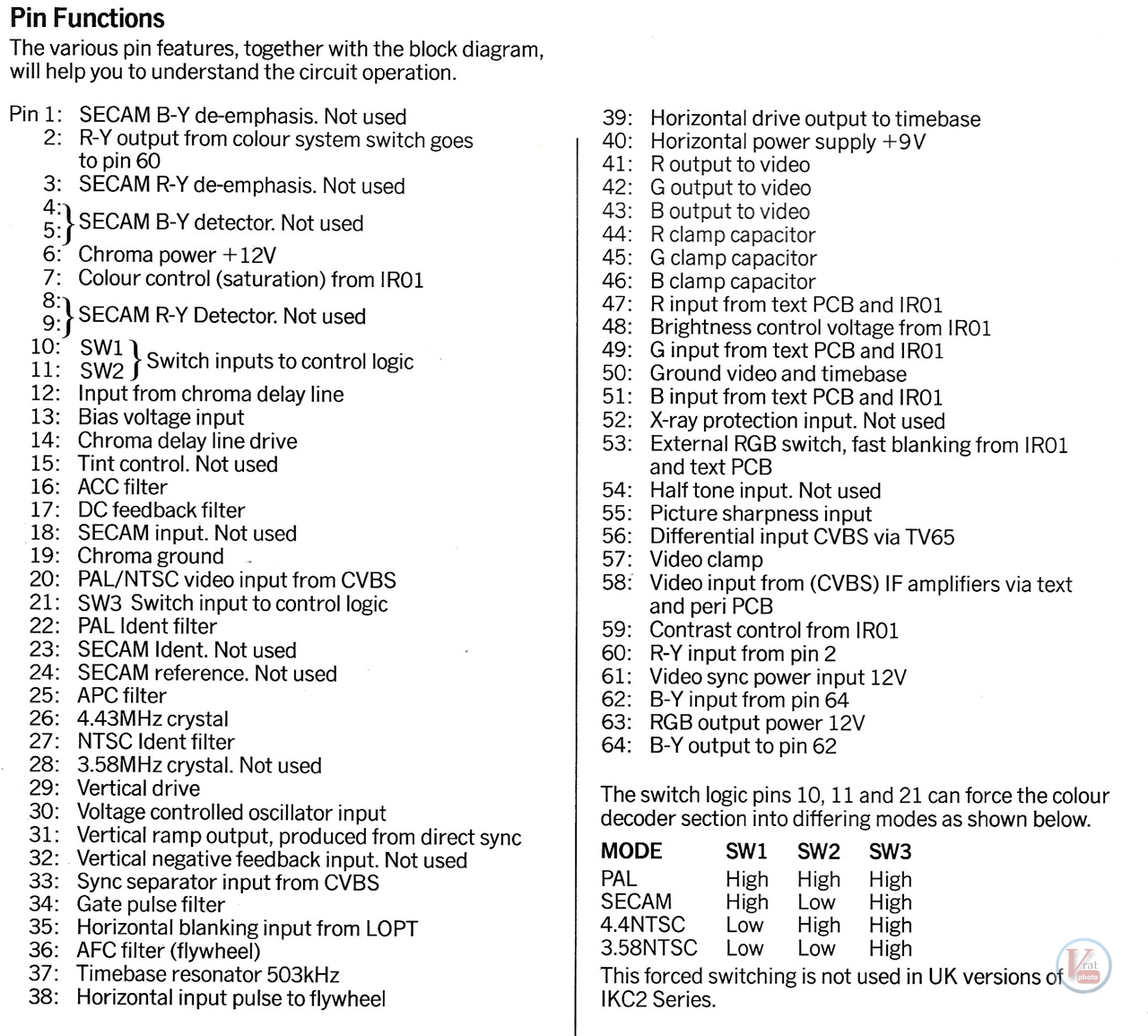 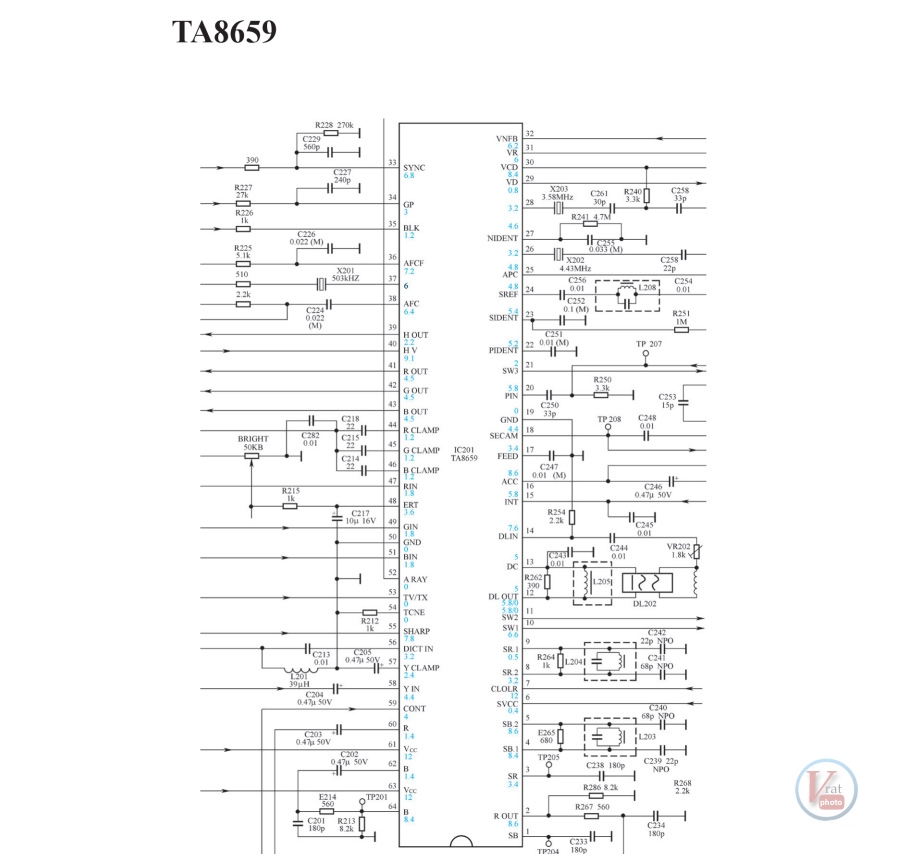 Jungle IC is quite an old term. I’m pretty sure it goes back as far as Philips G8 days and they were nowhere near as complex as the one above.

@sideband
I remember some IC’s having the term Jungle IC, with video, AGC and sync separator functions.
Certainly not as complex as the TA8659.

These types of chip were actually very reliable for the most part, sometimes an EHT flashover could see them off however.
I also reckon most were replaced in error 😉 , I know that in the past I have suspected one to be faulty (not necessarily on the IKC2) only to replace it and have the same symptoms!!! which later proved to be down to a two-legged component. I don’t suppose I am alone here.
I think someone in the TV mag called it ‘punkies law’ whereby the likelihood of a faulty component was inversely proportional to the number of legs it has.
If spares and/or a scrap chassis was to hand though it was still often easier to swap this type of chip over early doors to rule it out rather than go on a marathon fault finding expedition only to find out the chip was faulty all along!! another of punkies laws

Further to above, worse was to come in the latter days of CRT sets, SM 128 pin chips!! which was practically a ‘TV on a chip’ to all intents and purposes, in addition to all of the above they also contained the sets microprocessor and Text/On Screen Graphics (OSG) too! Philips was a huge pioneer in this development of further integration and many budget sets used their chips, The Philips L 01 and Sony FE 2 chassis spring immediately to mind here. Top-end sets still seemed to use ‘more separated’ parts ie. read more chips with just as many legs!!

I remember Ralph (worked in one of the TV repair shops I frequented) talking about “jungle” chips as far back as 1978, and it may well have been in relation the G8 chassis too.

My granddad, a staunch GEC user, reckoned that the G8 was probably the best set on the market at that time – and went out and bought one. Didn’t even hesitate to look at anything from his beloved GEC, nor any other marques for that matter!

I first heard the term when looking at the diagram on the back cover of my Panasonic U1 chassis set (had been grandad’s set from new in about 1979, became his “upstairs” set in 1983 after standing in the hall for about a year, then came home with me when he moved house in 1989).
I never heard of anyone having trouble with the jungle IC back then, and it certainly never gave any trouble on the Panasonic. In fact, apart from initially weak colour and a later problem with the touch tuner (which I fixed), it was a very reliable set, scrapped on failure in about 1995 by which time it was in my sister’s house in Leeds.

I first became aware of the term “Jungle chip” when I was a teen back in the early 90s as I’d managed to get hold of some data sheets for common TV ICs that were being used at the time. I modified a friend’s Matsui TV (a rebadged Orion I believe) so it could be switched into NTSC mode and run his Sega Genesis console that he’d brought back from America. An unintended side-effect was this meant it would run NTSC VHS tapes in full colour too, hence his Dad got me to do the same modification on the family’s TV (also a Matsui). In hindsight, I would’ve been better off doing an RGB conversion for the games console as this would’ve given far better picture quality.